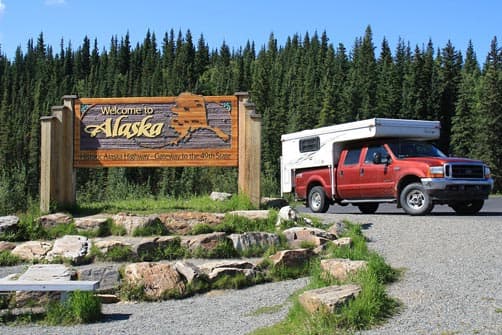 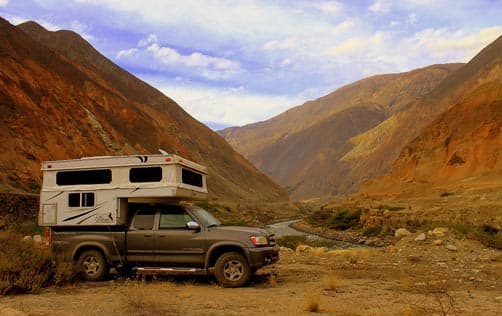 Logan and Brianna Pribbeno: Pan-Am by Pop-Up
How about a wedding in Costa Rica followed by a one year honey moon stretching across Central and South America in a Palomino Bronco? 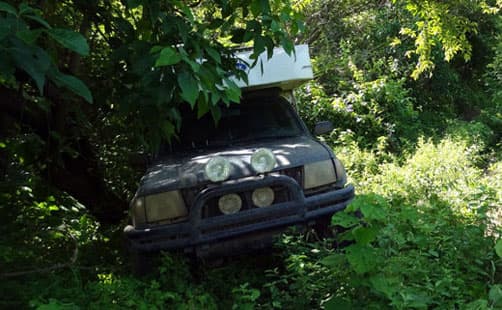 Meg and Jed Wolfrom: Adventure Americas
Six months into their amazing trip south of the border, we catch up with Med and Jed Wolfrom and their custom Phoenix pop-up camper. 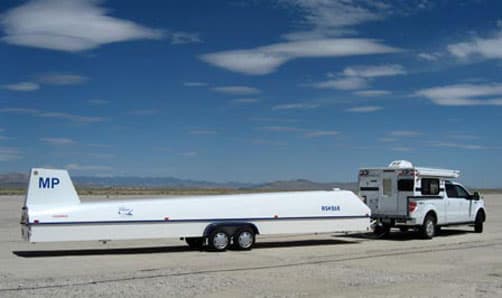 Mitch Polinsky: Soaring Like a Hawk
When he’s not teaching law at Stanford, this professor goes anywhere and camps anywhere in his Four Wheel Hawk, and then soars into the heavens. 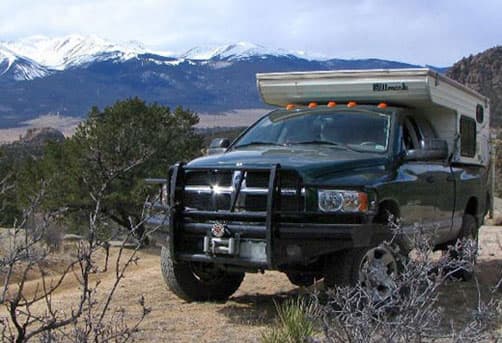 Jim McCoy: Off Road Truck Camping 101
Here’s what happens when you take a Hallmark LaVeta to the outer limits of Utah and Colorado for some serious off-road challenges. 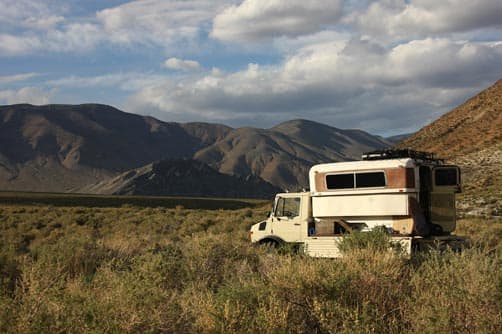 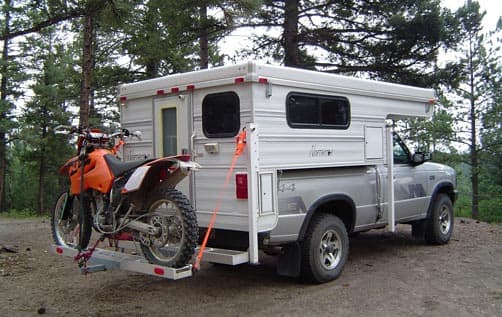 Just Enough Food, Propane, and Beer
As the snow mounted on his Northstar TC700, Patrick Brennan was relieved to know he had the essentials ready to go, and lots of beer. 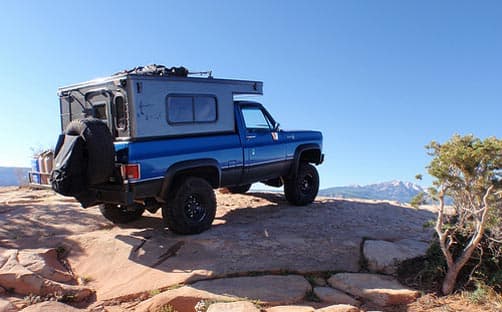 Larry Wittman: Phoenix Rising on the Jeep Trails
The Four Corners offer more off-road opportunities than Larry Wittman can point his Phoenix pop-up camper to.  And that’s just the way he likes it. 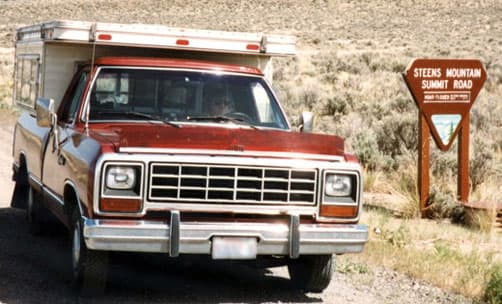 The 225,000 Mile Truck Camper
Over two and a half decades ago, the Eickhoffs purchased a Four Wheel Camper Grandby and never looked back. 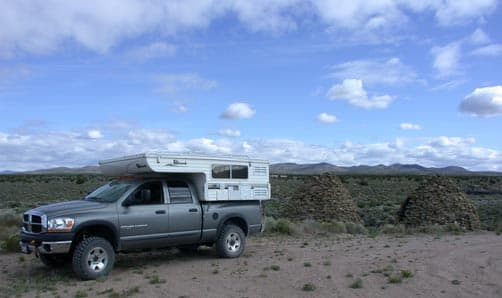 Eleven Days in the Desert
Nothing gets Frank Ross more exited than desert sands under his Hallmark Milner rig tires and an open map of possibilities stretched far out in from of him.