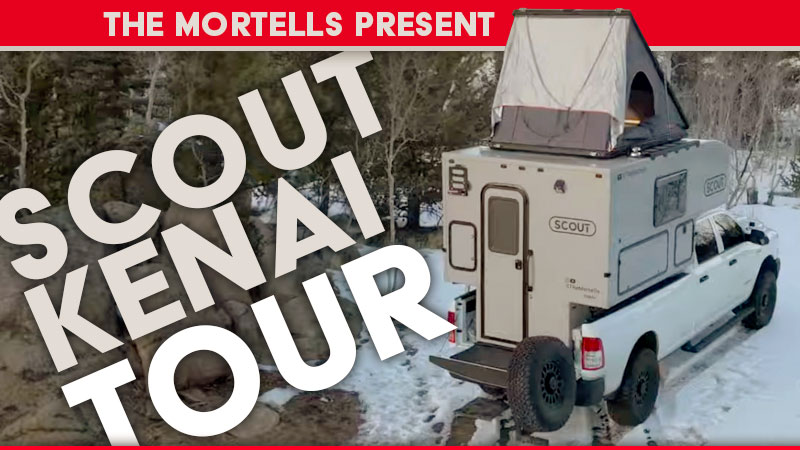 The Mortells were one of the first to load a Scout Olympic (the first model Scout announced and released) and take it camping. They have now moved up to the larger Scout Kenai and produced a video that showcases the camper stem to stern. As they go through the features they point out pros and share some practical tips.

The roof hatch and tent is the star of this story. Of all the Scout features, that’s the one that we would want on our camper. If only we had the rooftop real estate. Also, note how their camper fits inside the tailgate. That is a rare feature that isn’t discussed in truck camping circles often but has a number of advantages. For example, the tailgate is an instant rear deck and offers locked security when you’re not with the camper.

Thanks for the walkthrough, Mike and Dani! Keep the feedback coming on truck camping in a Scout. If you haven’t already, subscribe to the Mortells on YouTube.