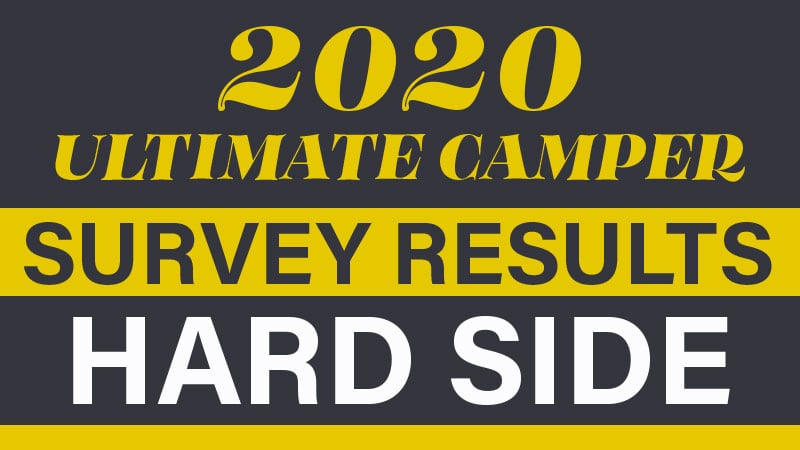 Manufacturers who were accustomed to gathering design feedback from RV shows, dealers, and intuition now had an objective third-party and industry-wide data point to work from.

Over the course of the following year, the survey was referenced multiple times in new camper announcements and model year updates as a deciding factor in specific design decisions.

We launched a much deeper camper survey two years later.  This time the hard-side and pop-up surveys were separated, more questions were added, and readers were invited to make comments.

Once again, the survey response and impact was overwhelmingly positive leading us to make the Ultimate Camper Survey a bi-annual event.

What follows are the hard side survey results for the fifth bi-annual Truck Camper Magazine Ultimate Camper Survey.  Click here for the pop-up survey results.

If you are on a mobile device, and can’t see the survey properly, click here, for a mobile friendly version.