With over 42.59-percent of the vote, Dave Riddle of Burbank, Washington has won the third Mod-Ster Contest of 2019 with his steps and banister modification. Congratulations, Dave! 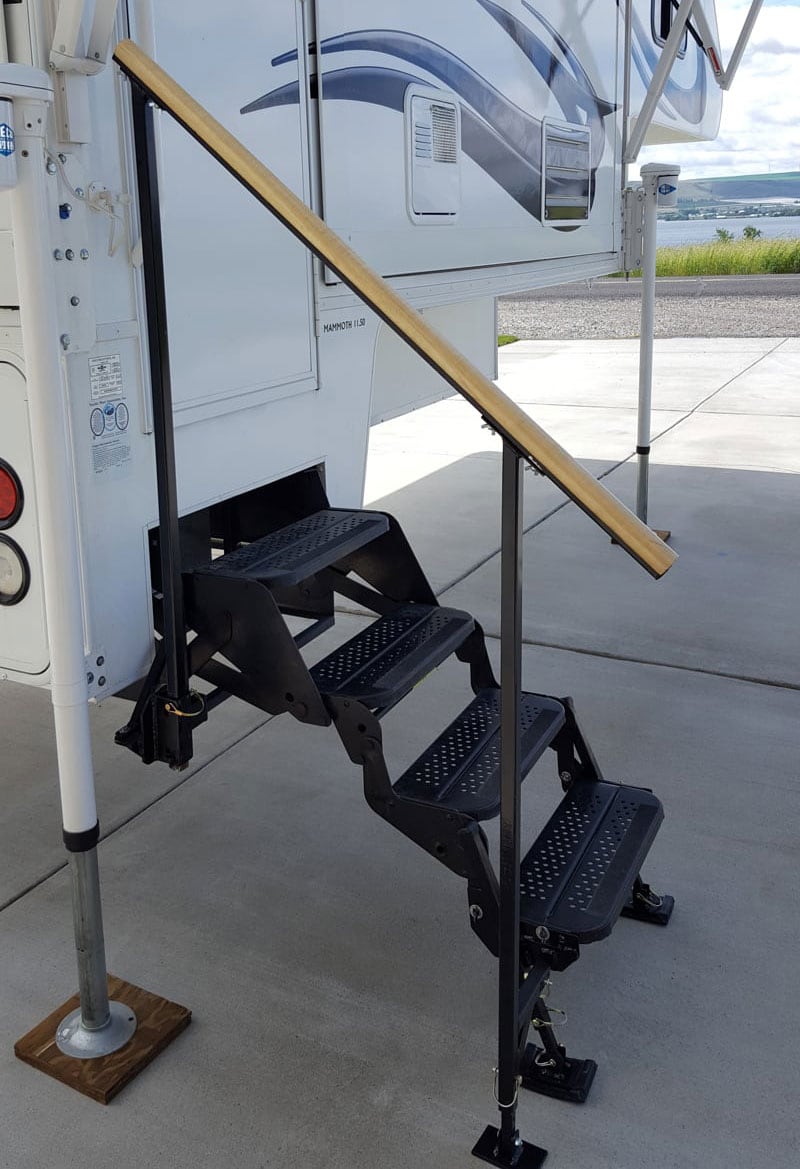 Above: Dave’s stable steps and banister

A Mod-Ster mug is being shipped to Dave.  As a tournament winner, he is now eligible for the December finals when readers will pick the the best of the Mod-Ster winners to determine the 2019 Mod-Ster of the Year; aka the Mod-Zilla!  The Grand Prize is a $250 gift certificate to Lowes or Home Depot (or Canadian equivalent).

Scroll down to see all of the April Mods, including Dave’s winning entry (#3).
Enter Your Mods Now for 2019!

To enter TCM’s mod contests, click here.  You can enter as many mods as you want, at any time.  Good luck mod makers! 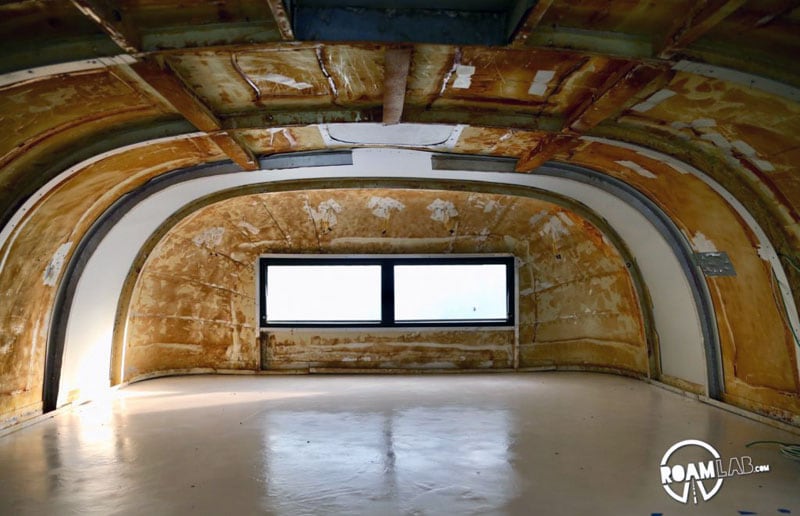 Lexi GoForth of Nashville, Tennessee shares an east-west to north-south cabover conversion on her 2015 Dodge Ram 3500 and 1970 Avion C11 rig. 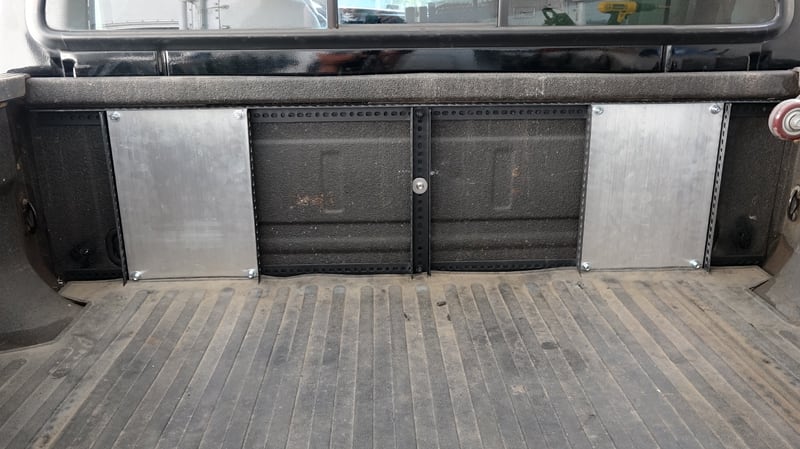 3. Stable Steps and Banister For Side Entry Camper

Dave Riddle of Burbank, Washington shares stable steps and a banister on his side entry camper.  He has a 2015 Chevrolet Silverado 3500 and 2017 Host Mammoth rig. 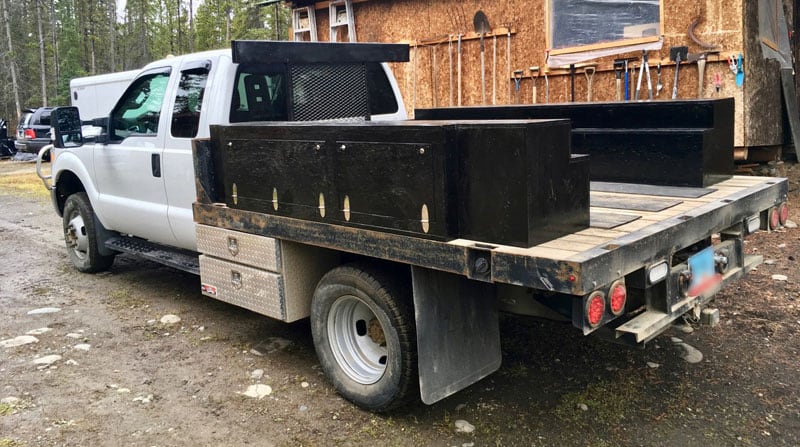 5. Truck Camper Base and Height Rebuild 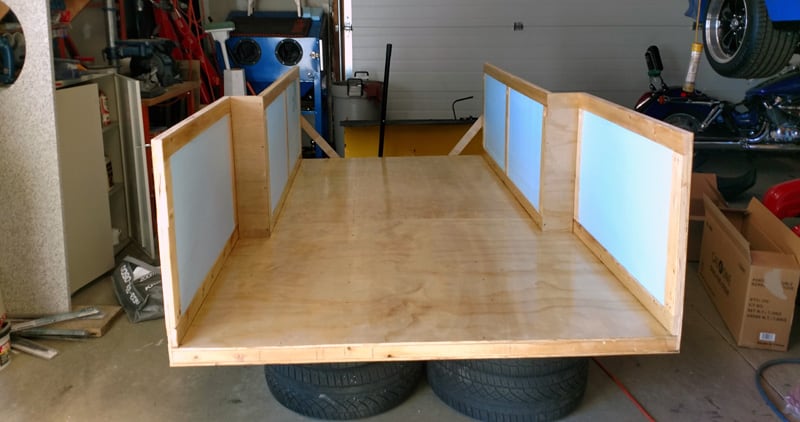 Rob Buell of Calgary, Alberta shares a truck camper base and height rebuild on his 2012 Ford F150 and 2007 Adventurer 76R rig. 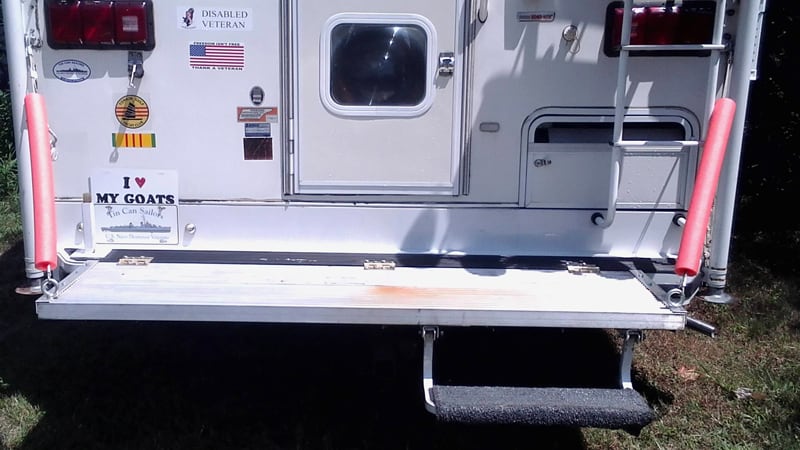 Jerry and Janice Bonneau of Dawson, Alabama share their rear deck made from salvaged parts on their 1995 Ford F-350 and 2002 Lance 1061 rig. 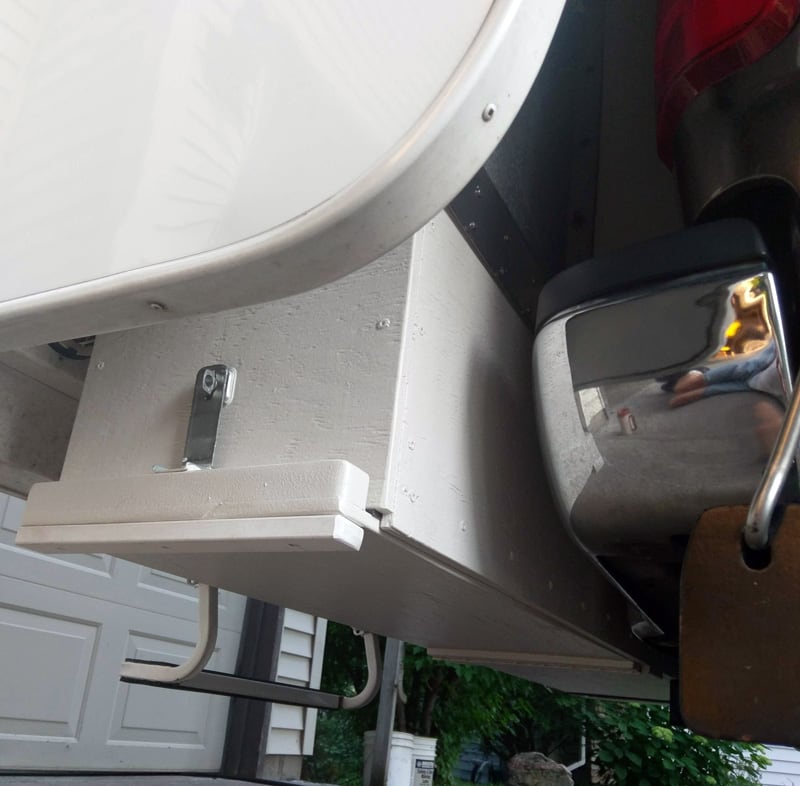 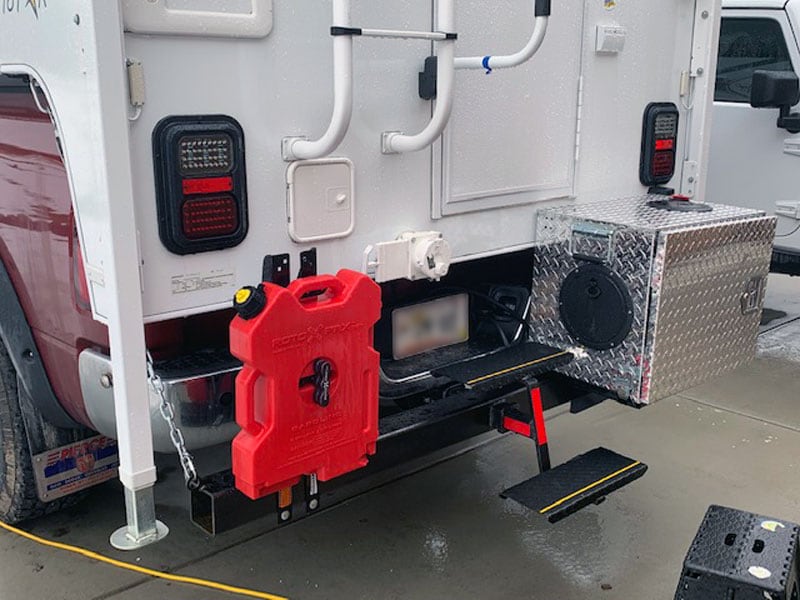