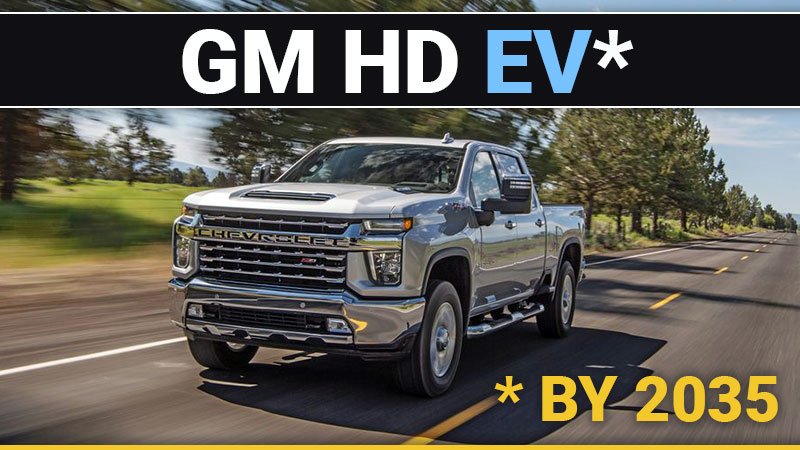 Angela and I have lost two laptops to coffee spills over the past decade.  One coffee cup was tipped by our beloved (and dearly missed) cat, Harley.  The other is a subject we don’t discuss, publicly or otherwise.

I almost lost my current laptop this week to a Hollywood-style, Old Faithful volume coffee spit-take over the following Car and Driver headline, “General Motors Will Launch Electric Heavy-Duty Trucks by 2035“.  Mind you, we just published GM’s electric fin article.  Was GM about to throw a heavy-duty electric pie in my face for doubting their full-size pickup truck format intensions?

Thank goodness the coffee was vanquished when I reread the headline, “…by 2035”.  For most of us, this is too far in the future to plan a purchase, much less get get too excited.  I’m also perplexed at the value of making a product statement that far out.  Why tip that hat giving all the electric truck start-ups such a long lead time?  Hey Tesla and Rivian, evidently you have a bit more time for your HD truck plans.

The announcement goes on to describe HD “electric variants” by 2035. I imagine that means electric versions alongside gas and/or diesel trucks. Not different designed trucks (like GM’s electric fin), but rather gas, diesel, or EV in a traditional HD truck form. At least that’s how I read it.