“Thank you for the update and gallery article on Lance Camper’s new front nose cap and ultraSTEPplus™ step system.

Lance Campers did not have a finalized production model on display at the Elkhart Open House and the images used in the article are of the prototype unit used for the Lance-Hellwig SEMA unit last year.

With this response, I have included images of the final production model.  Lance is very excited to announce the availability of the ultraSTEPplus, which is optional for the Lance 650, 825, and 865 truck campers. 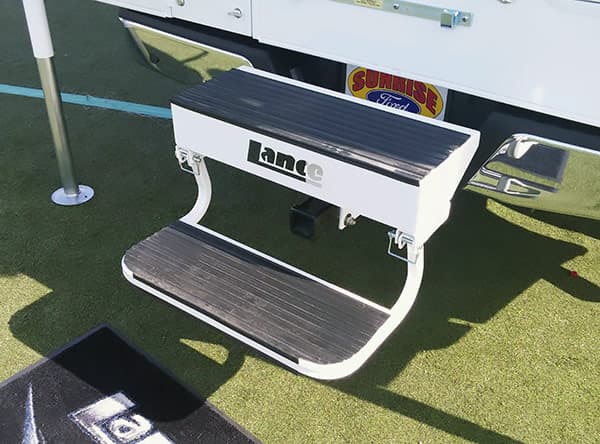 This new step is just what the doctor and, more importantly, our customers ordered.  With its fold down second step, and ability to maintain the functionality of your truck’s receiver hitch, you now have the perfect solution to the sometimes perplexing issue of how to best enter and exit your camper. 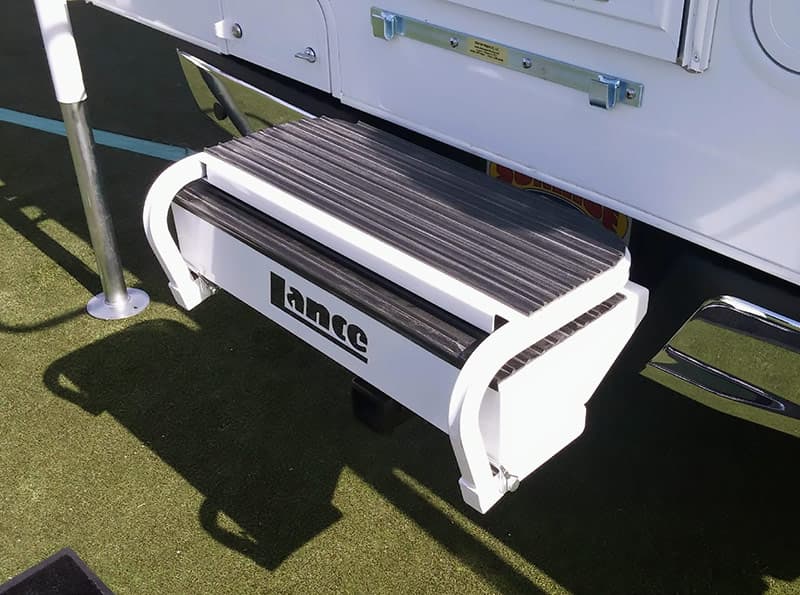 Lance has also branded the step with a laser cut logo and has patents pending on the new design.” – Bob Rogers, Director of Marketing