We found that the shower curtain in our wet bath was always in the way. We also didn’t like having a wet curtain against us when we where trying to dry off.

While looking at some new campers we liked the Nautilus Retractable Shower Door. It is a plastic film that rolls out to make a shower door.

These doors are made for dry baths with straight 90-degree angles in the corners. Our bath has rounded corners. In order for us to install a shower door we needed to build a frame inside the bathroom that did not extend more than 2-inches from the wall. 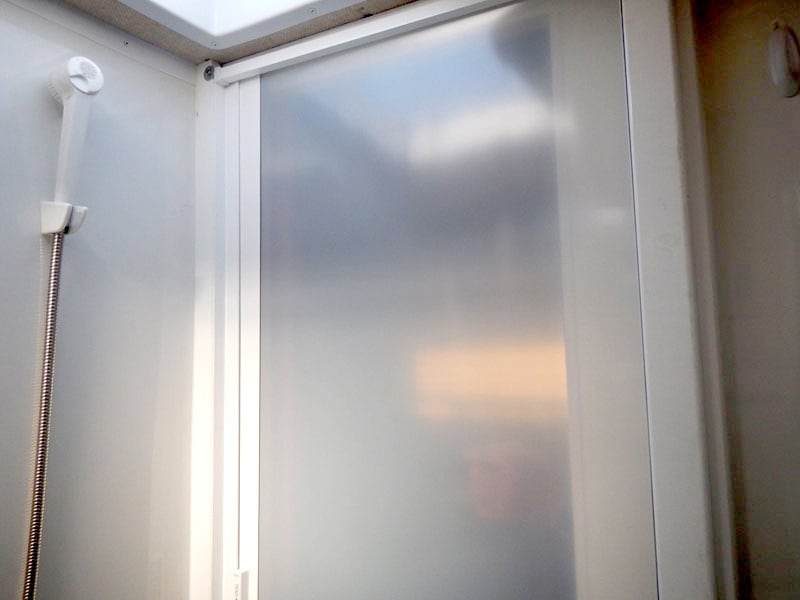 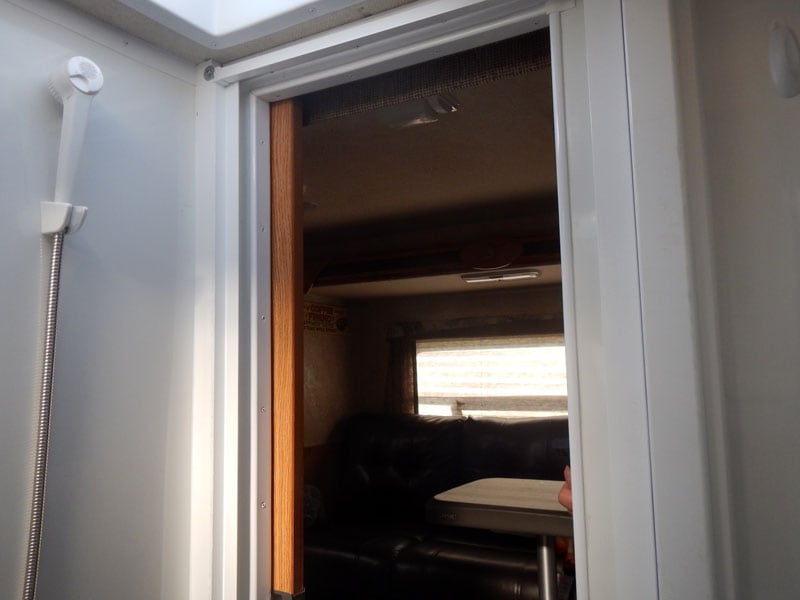 The mod has matched our expectations giving us more room in the bathroom, plus we do not have to deal with a wet shower curtain. When the shower door is not in use we forget it’s even there. 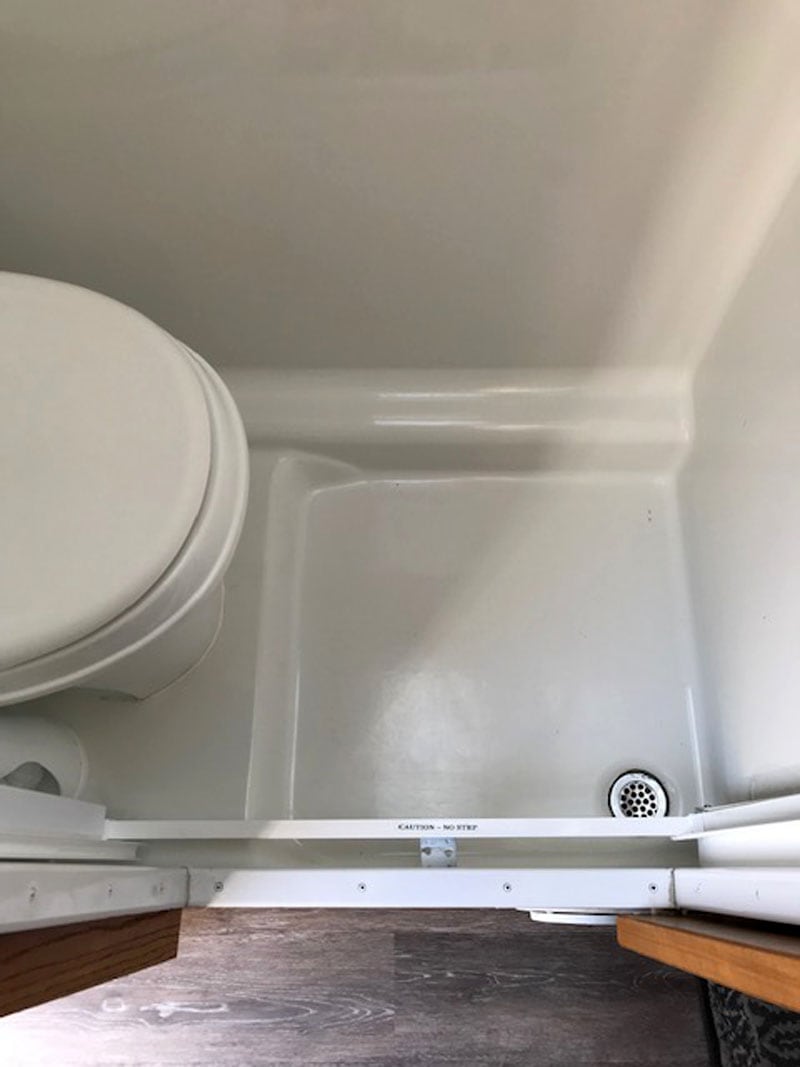 The only part of the install we have to be careful about is the bottom rail of the shower door since it is unsupported. We added a metal brace to the bottom shower rail with double-sided tape and one screw going into the shower wall.