Welcome to the fourth entry in June’s Mini Mod Contest.  One Mini Mod will be published in every Email Alert in June.  At the end of the month, we’ll hold a reader vote to determine June’s winner.  Click here for information about the 2022 Mod Contest, including how to enter. 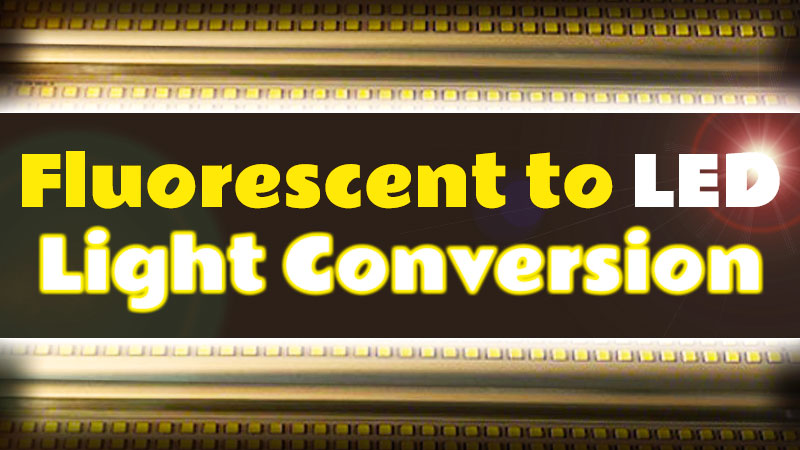 I wanted to replace two fluorescent strip lights in my camper with LED models, but the cost was exorbitant. 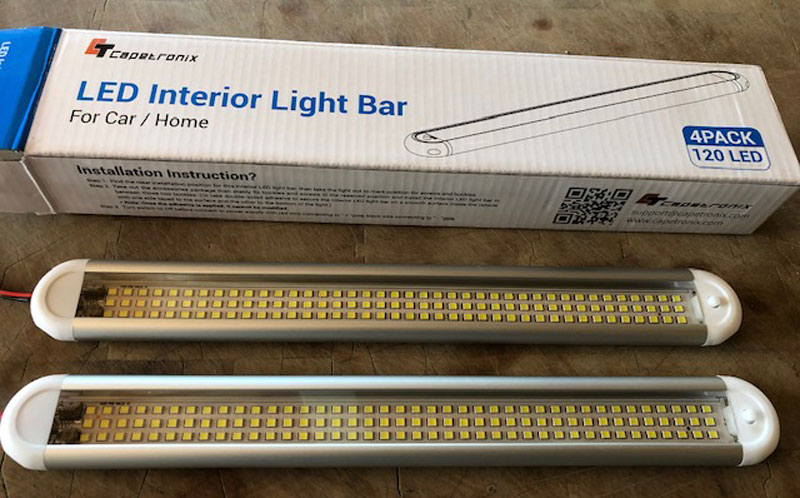 Instead, I purchased a four-pack of 12V LED interior light bars to install inside the existing strip lights.

I removed the strip lights from my camper, drilled the rivets out of the backing plate of each, and removed the bulb holders, ballast covers, and ballasts. 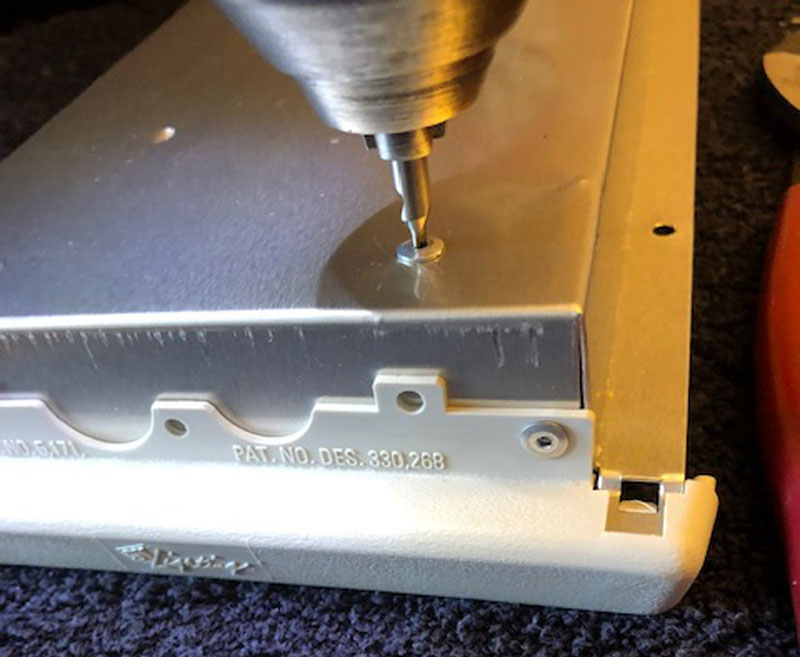 I removed all innards except for the switch and switch wire, cutting the wires long enough for reuse at a later step. The new bulbs each came with two brackets, which I installed onto the bulbs. I positioned the bulbs on the old fixture and marked the bracket locations. 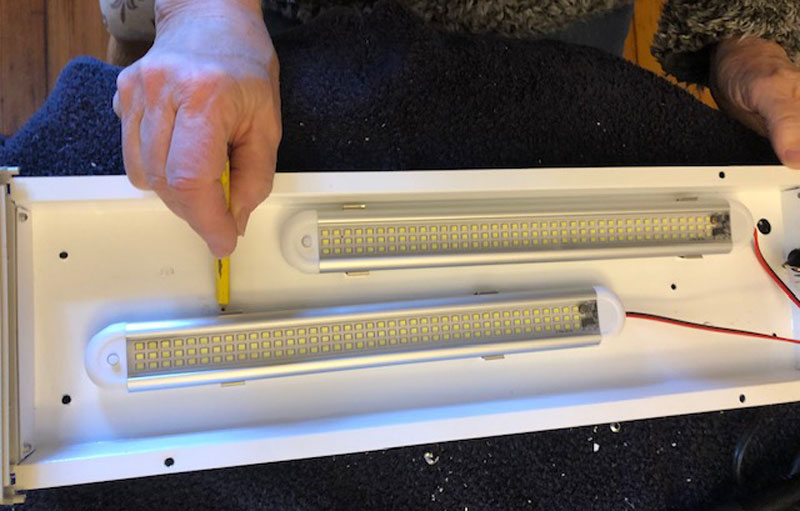 After removing the brackets, I punched starter holes into the aluminum fixture and screwed the brackets on using supplied screws. You could also use a rivet gun to do this if you have one. 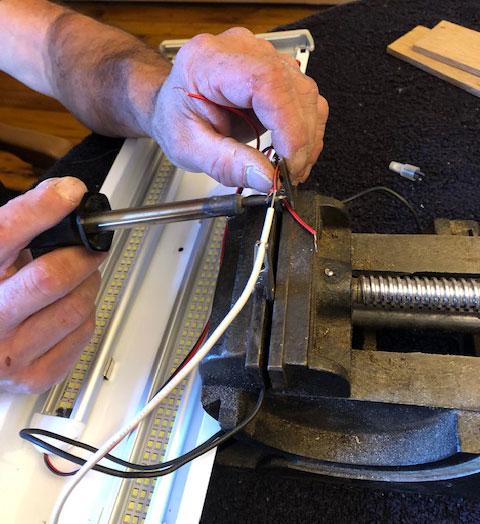 I then connected the red wires on both bulbs side by side and soldered them together. Then I repeated the process for the black wires. I soldered the black wire that remained on the fixture switch to the red bulb wires that were joined after first sliding a piece of heat shrink onto the black wire. 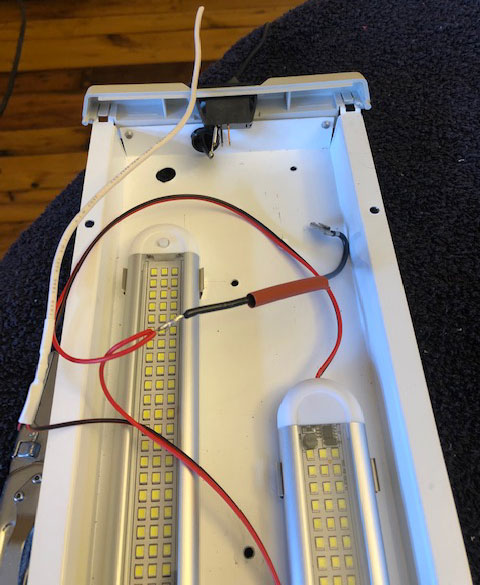 Next, I attached the white ground wire which was leftover to black bulbs wires with heat shrink and soldered. 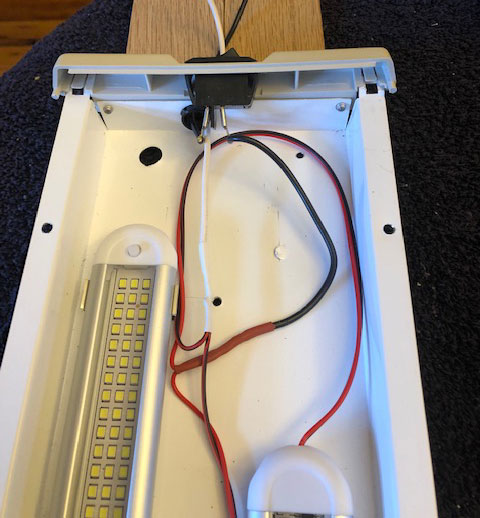 Once cooled, I heated the shrink wrapping. I fed the white wire back through the fixture hole to the outside, installed the fixtures back into the camper, and reattached white and black camper wires. I made sure both bulbs in each fixture are set to the ON position so that I can use the original switch to turn them on at the same time.

The lights look great and this will result in a bit less drain on my batteries.

For materials, I used one four-pack of 12-volt LED interior light bars from Capetronix on Amazon, which had ON/OFF switches. The four-pack cost $25.  For the heat shrink, which I already had on hand, a box on Amazon is less than $8.

In addition to the above materials, I used a wire cutter/stripper, needle nose pliers, screwdriver, heat gun, soldering iron/gun, center drill or drill bit, and drill. 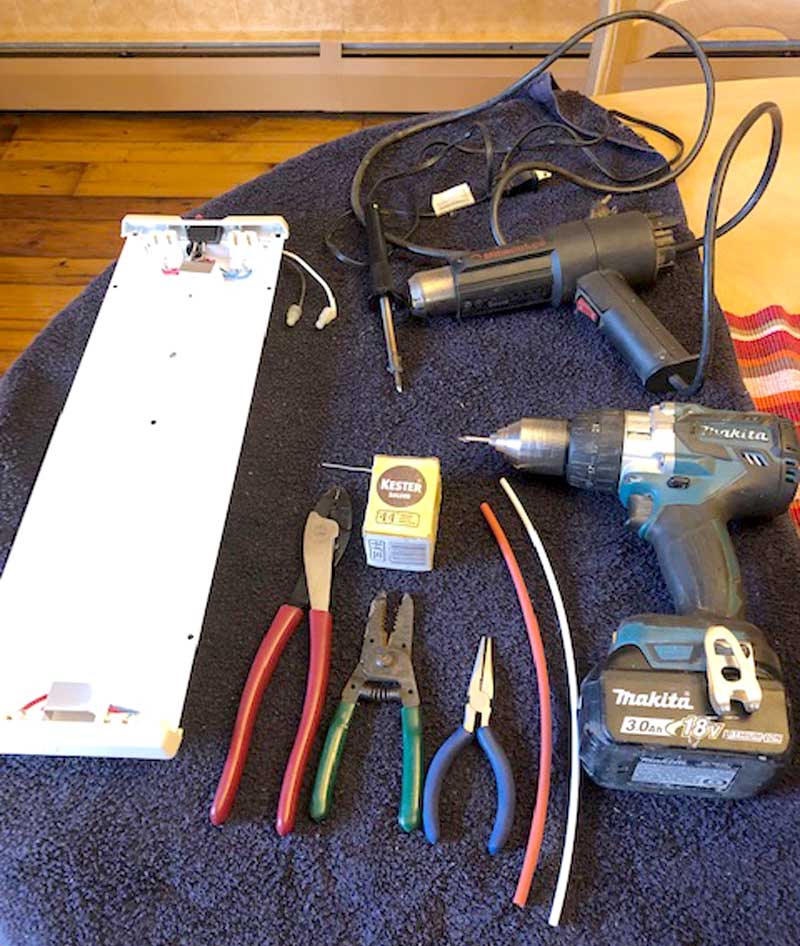