For Behind the Shot Part 14, we are featuring photos and stories from the Million Dollar Highway, West Quoddy Head Lighthouse, Prince Edward Island, and many more!

Click here to participate in the 2019 Truck Camper Magazine Calendar Contest and be considered for a Behind the Shot feature. Check out all the 2019 Calendar Entries! 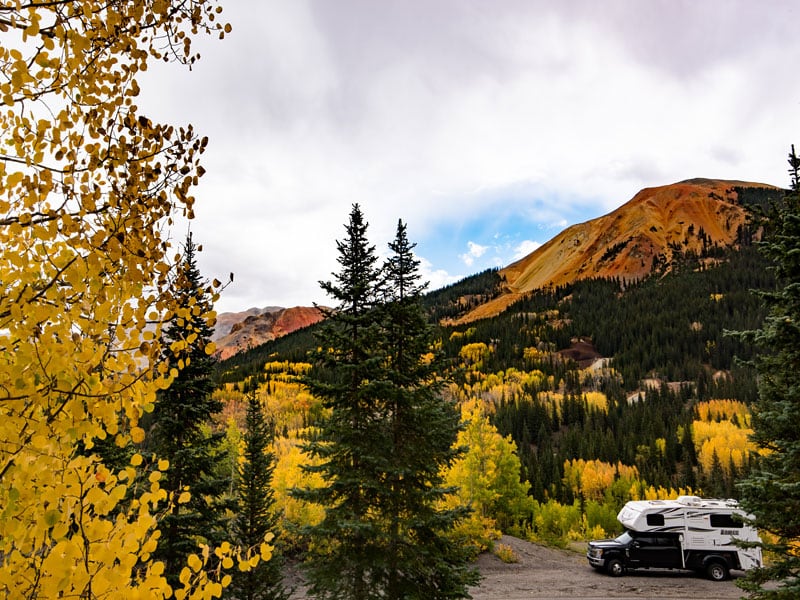 One of our favorite places to see the fall colors in Colorado is along the Million Dollar Highway. My wife and I go out camping every fall to photograph the beautiful Colorado scenery. My wife mentioned this contest as we were sitting on the side of the road waiting out the rain. I went across the highway and climbed up the hill a little ways to get a photo of our truck camper and the wonderful fall colors. 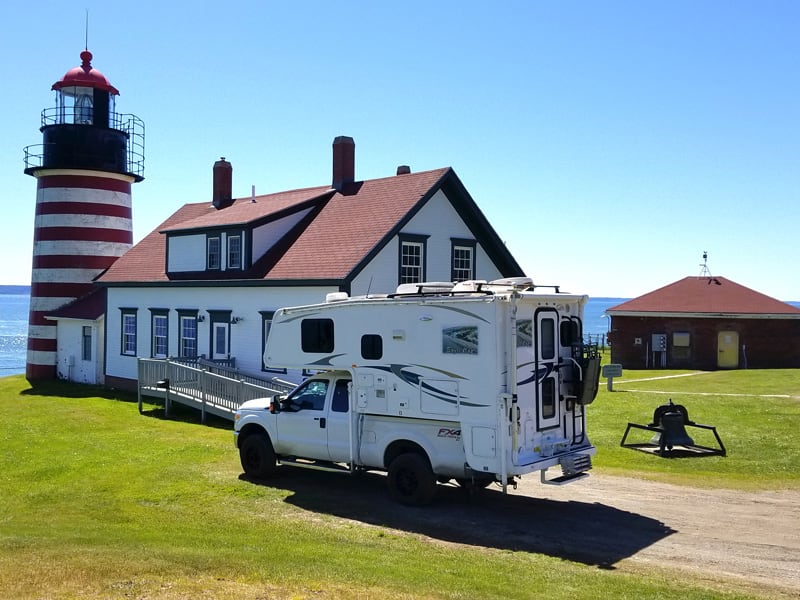 After many years of only beach camping, we were forced to stop due to me having several back surgeries. After two full seasons of not camping at all and contemplating selling the rig, my wife suggested trying some campgrounds. Lubec, Maine was our third trip of the season and what a beautiful place! It was quite the long drive for my back, but we had four days to rest before heading back home. I have lots of gorgeous photographs but no more with the camper or truck in them – figures right? 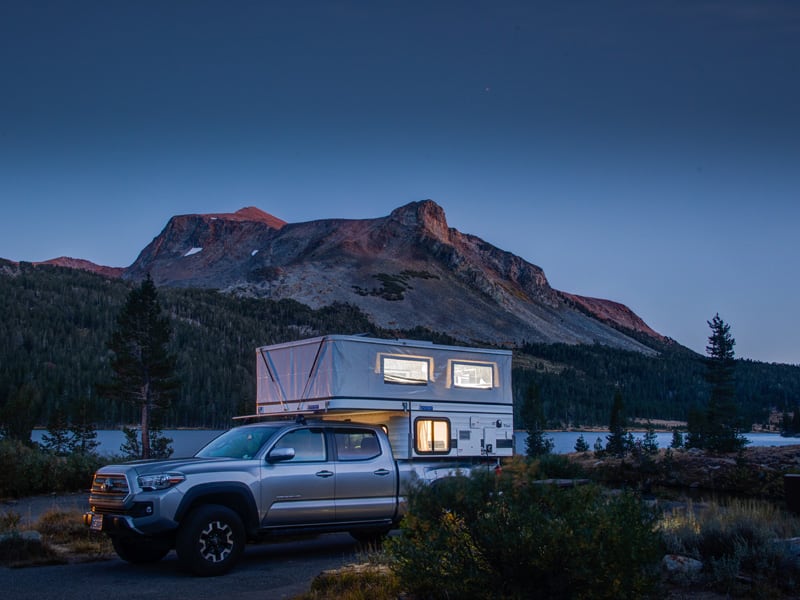 On a recent trip over the Sierras we decided to spend the night at Tioga Lake near Tioga Pass. I’m always looking for interesting locations to take photos of our camping rig. I had a photo in mind of the camper with the lake and mountains in the background. 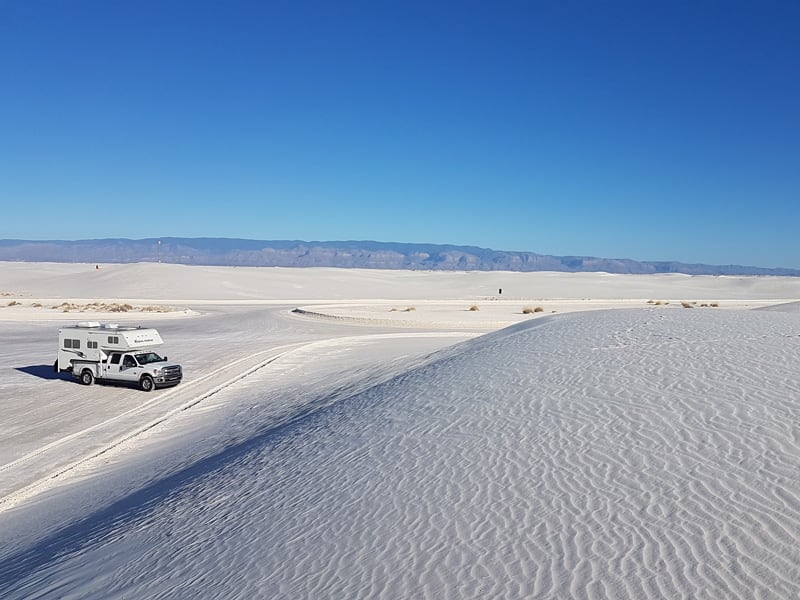 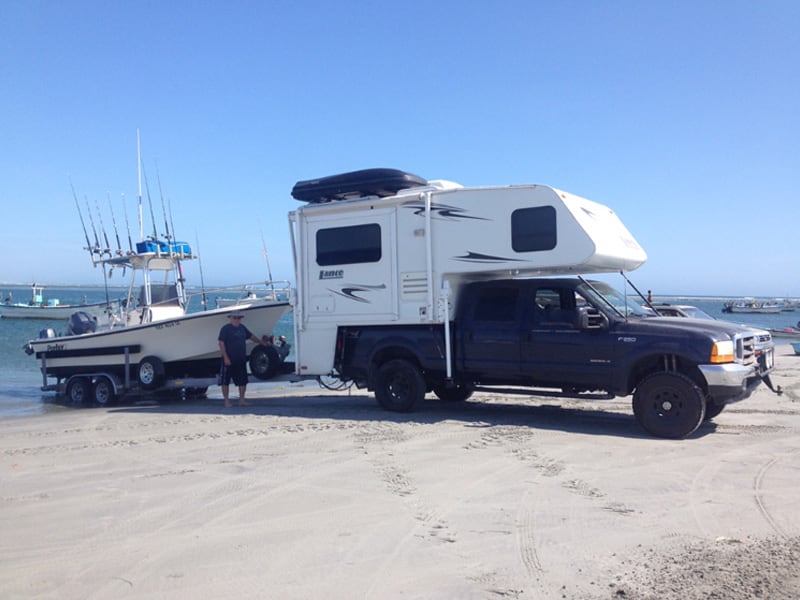 I was beach launching in Baja California with my father. Truck campers paired up with a 4×4 truck are the only way to go in Baja because of their versatility to let you go off the beaten path. 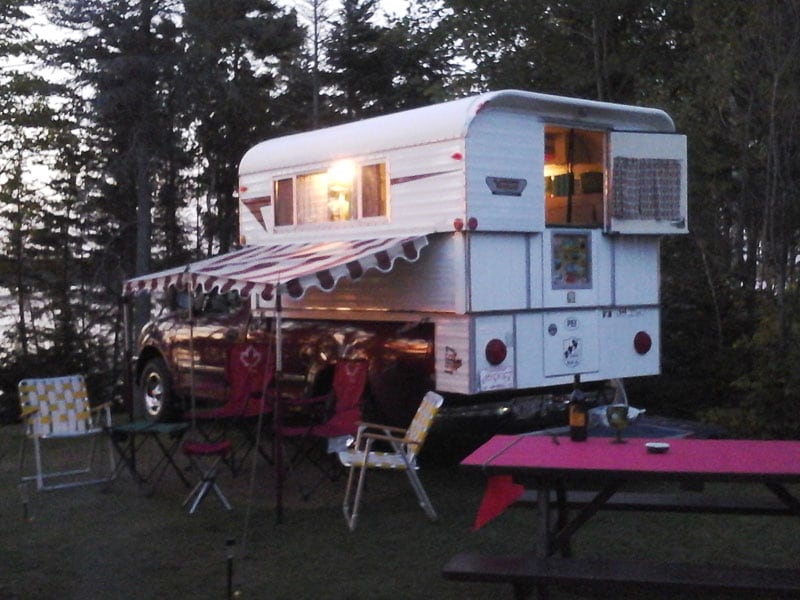 After a very busy summer of performing, my wife, Louise Arsenault, an Acadian Fiddle Player, just wanted some quiet time and space to totally relax. Louise played for nine years in fifteen countries around the world in a very high energy show.

After having performed all weekend at our own Acadian Festival here on Prince Edward Island Louise said, “I would love to just go and park our vintage 1967 Vanguard camper for a week and not turn a wheel. So, we did that right here in our own beloved Prince Edward Island. We had never camped at this campground before, but we will be going back.

Our summers are very busy music wise, so it is hard to say when and where we may be camped. One of our highlights of camping is the Maritime Vintage and Fiberglass Camper meet which I founded in 2006. I am very proud to say that it is still very successful. Thank you for this opportunity to show you our camper and our love for it. 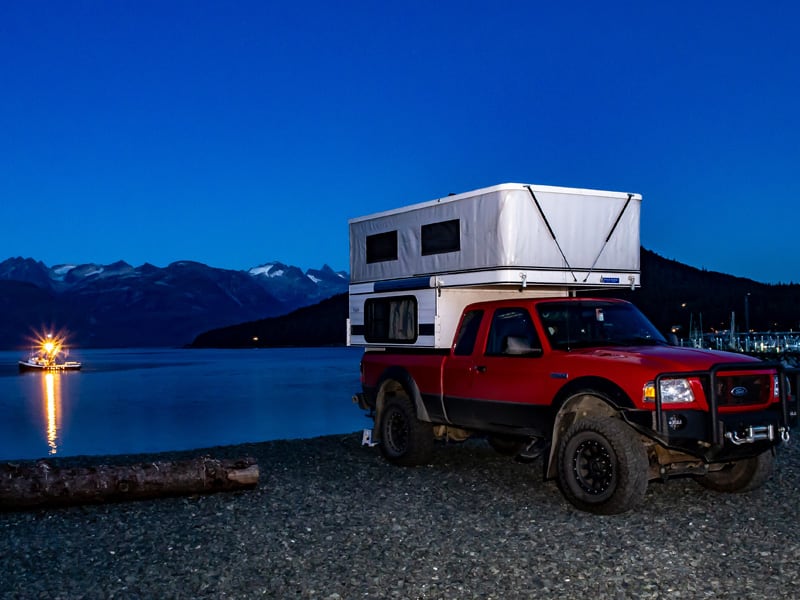 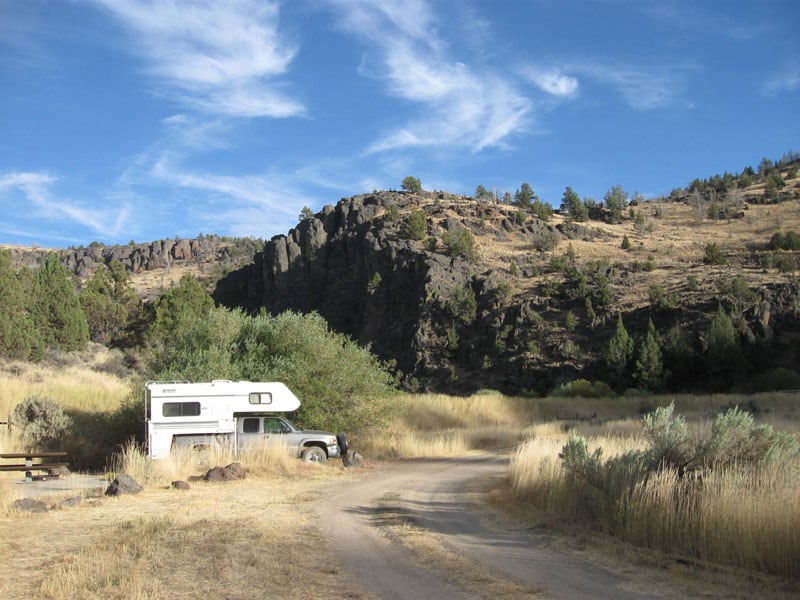 During my Ramblin’ 2018 session, I took the Owyhee Backcountry Byway in the boonies of southwest Idaho. It’s 105 miles long with 75 miles of gravel. The picture was taken in the neat seven site BLM North Fork campground near the Oregon end of the Byway. It’s in a canyon surrounded by black rock bluffs. It’s very peaceful and scenic. 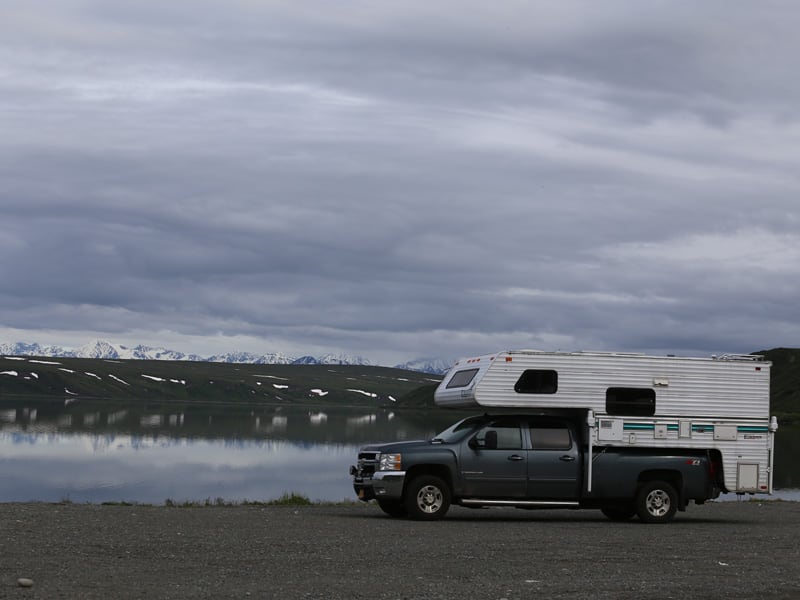 I pulled off to have lunch on our way to Kenncott historic site and this seemed like a good view. 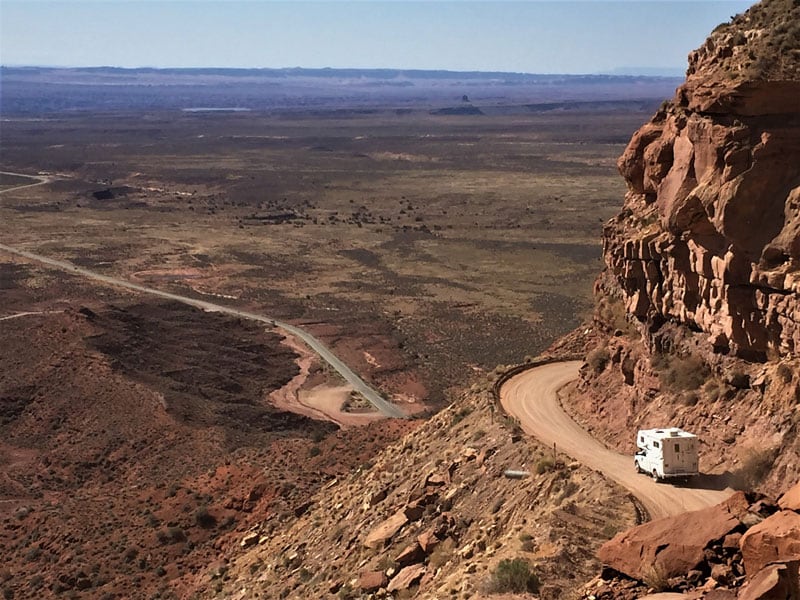 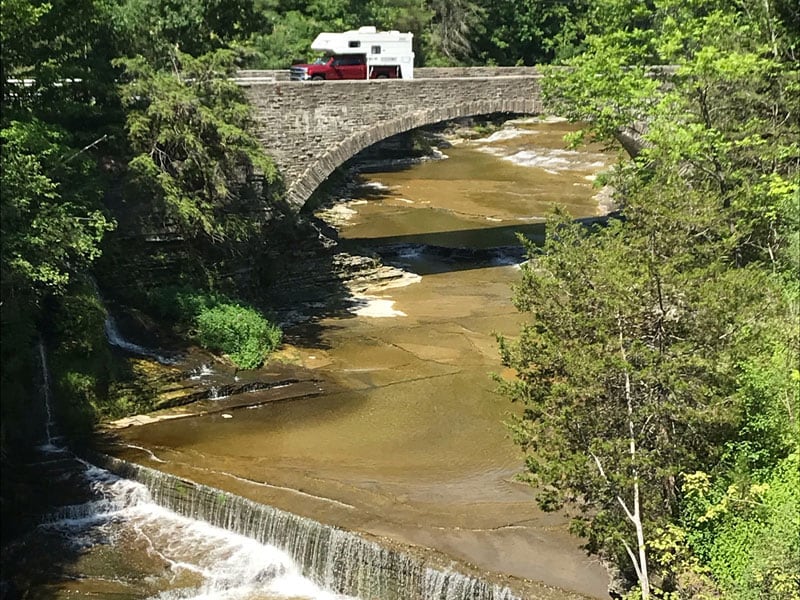 My wife and I spent a weekend seeing six of the eleven possible waterfalls in the Ithaca, New York area. Saturday we enjoyed a full day of hiking and wading in knee deep water finding waterfalls with our two senior Jack Russell Terriers. With our tired dogs we spent the night at the Yellow Lantern campground in Cortland, New York. 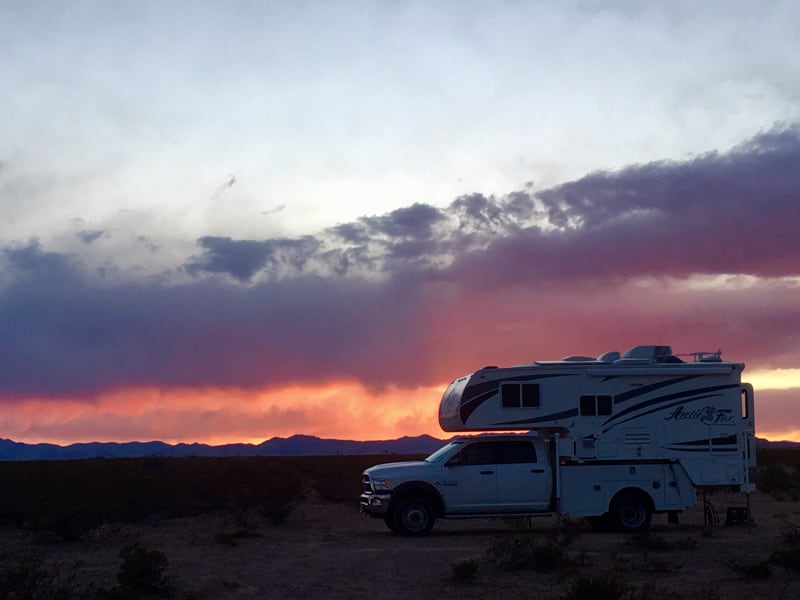 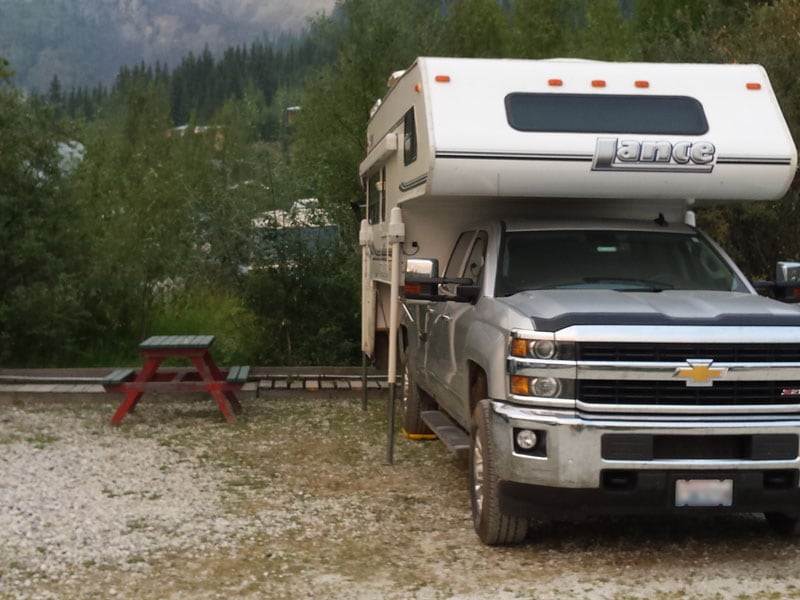 This photo was taken at a campground in Dawson City in July 2018. 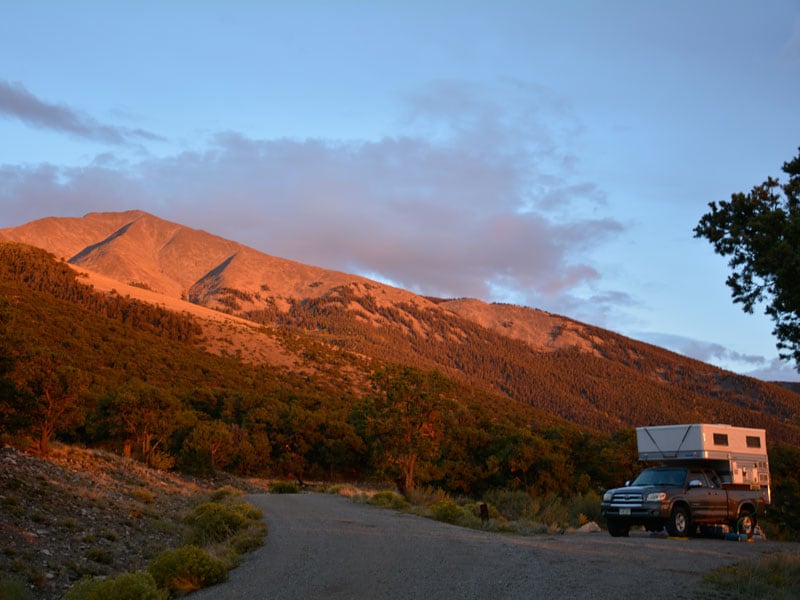 After a good rain and hail storm we got this spectacular sunset over the San Luis Valley. The San Juan mountains are in the distance. 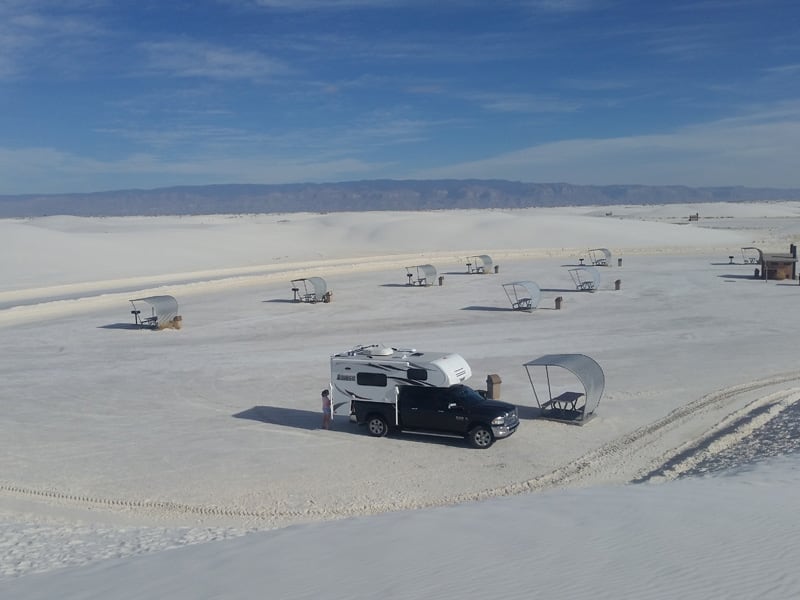 This photo was taken the second day after we purchased our Lance 825 truck camper. We stopped at White Sands National Monument on our way from Arizona to our home in Texas. It was a picture perfect day! 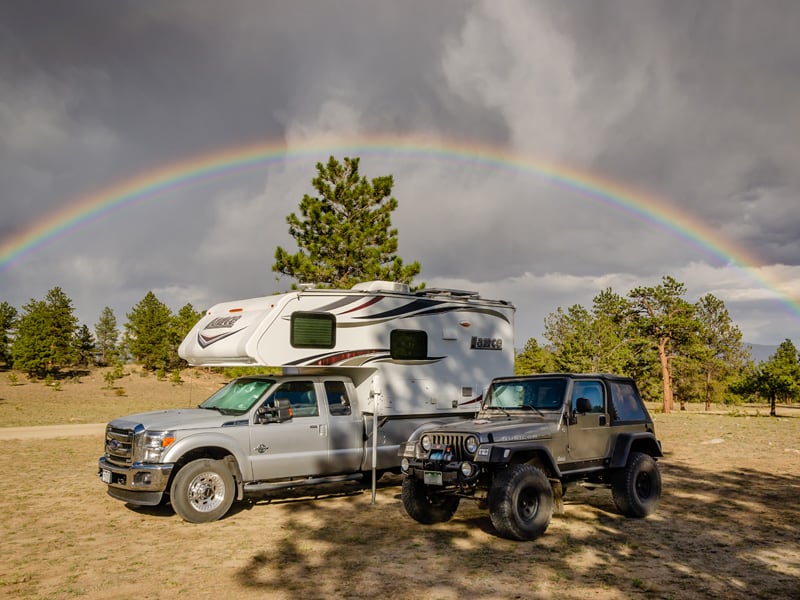 While enjoying our dinner inside during a short rain shower, my wife looked out and saw the end of a rainbow. I grabbed the camera and walked to get away from the tree, and there it was, right over the campsite. This photo was taken September 24th, 2018 as we boondocked in the San Isabel National Forest near Salida, Colorado. 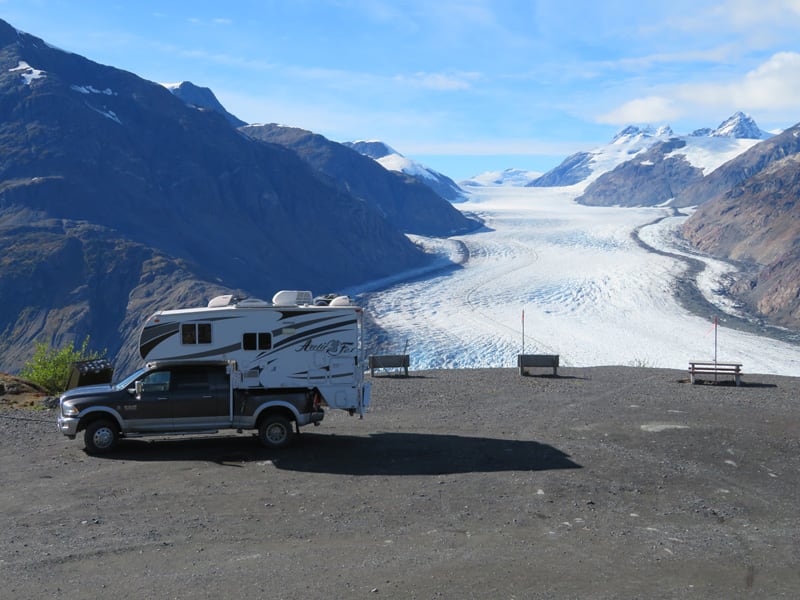 We have been traveling for six months in our camper through Canada and Alaska. The is of the Salmon Glacier in Hyder, Alaska. 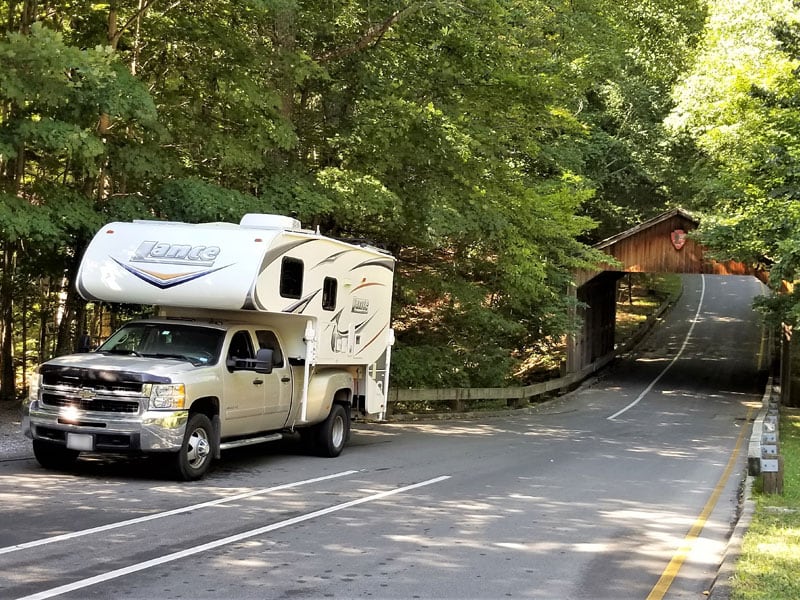 My girlfriend and I were on our way to the Upper Peninsula of Michigan and camped at the Platte River Campground on Sleeping Bear Dunes National Lake Shore. One of our neighbors in the campground suggested we drive the Pierce Stocking Scenic Drive. We did and saw some gorgeous scenery including great views of Lake Michigan from the top of the dunes. 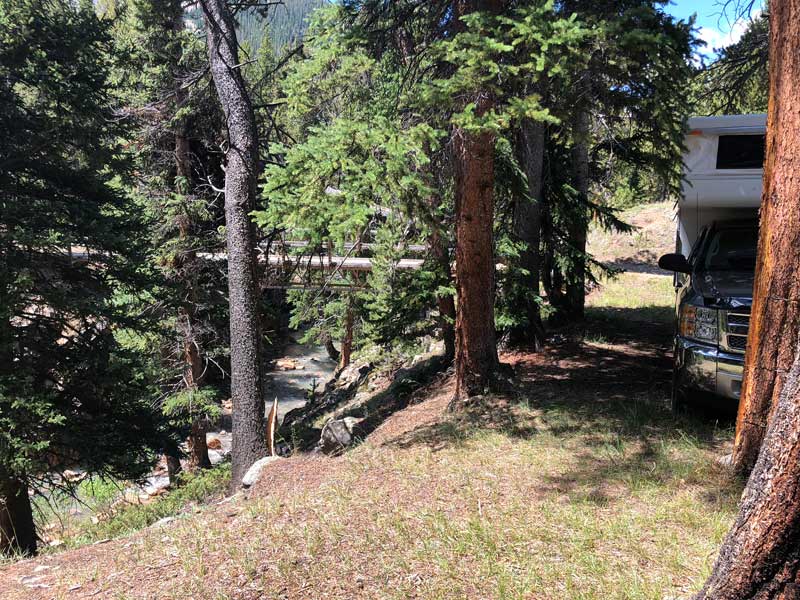 Returning from a ten mile hike to 12,500 feet where we swam in a lake on the Continental Divide and plunged into the stream below the waterfall on the way back down, it started storming like mad. Once it cleared my sweetheart asked if we could jump in the creek below our camp!

This was on our first real camping date together with me not knowing that she likes virtually the same style of hiking, swimming, and backcountry travel. In fact, I picked her up at Denver airport at 10pm, and drove her three hours to the completely torn up backroad. We had no cell for four days.

We crawled the rig in the dark, hacking overhanging branches with a machete, and I did not hear one squeak out of the truck or the camper during the entire five mile crawl. With all the reachable campgrounds packed, we ended up with the most gorgeous backcountry site. We saw all of four people in four days. Lovely.