Welcome to the fourth entry in April’s Medium Mod Contest.  One Medium Mod will be published in every Email Alert in April.  At the end of the month, we’ll hold a reader vote to determine April’s winner.  Click here for information about the 2022 Mod Contest, including how to enter. 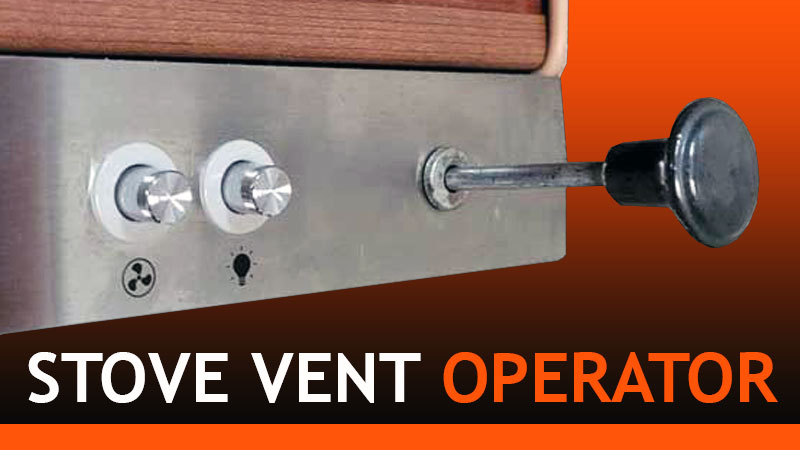 The outside stove vent annoyingly flaps in the wind when we are camping.  Besides the noise, I could visualize bugs being able to freely make their way inside.

I was not happy with the way the outside stove vent was latched closed.  You’d have to be 10-feet tall to reach the two little latches that hold it shut.  I wanted a solution to be able to manually open and close the vent from inside the camper. 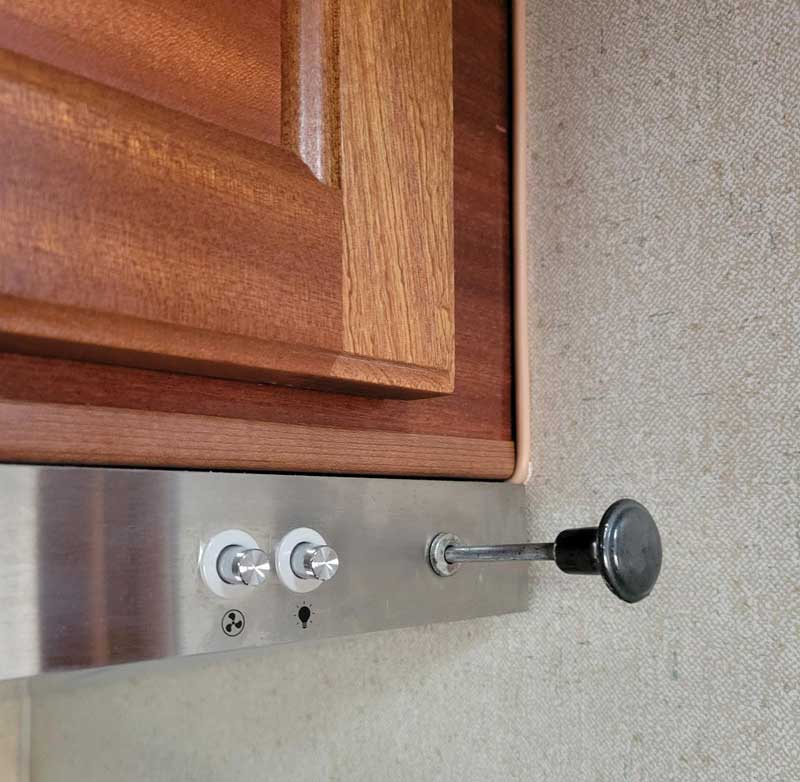 My solution was to use a push-pull choke cable for a small engine.  It has a metal spiral exterior casing with a wire inner cable.

First, I had to decide where to mount the cable on the fume hood.  My wife and I decided to mount it in the face of the vent near the right side closest to the wall and next to the fan and light switches. 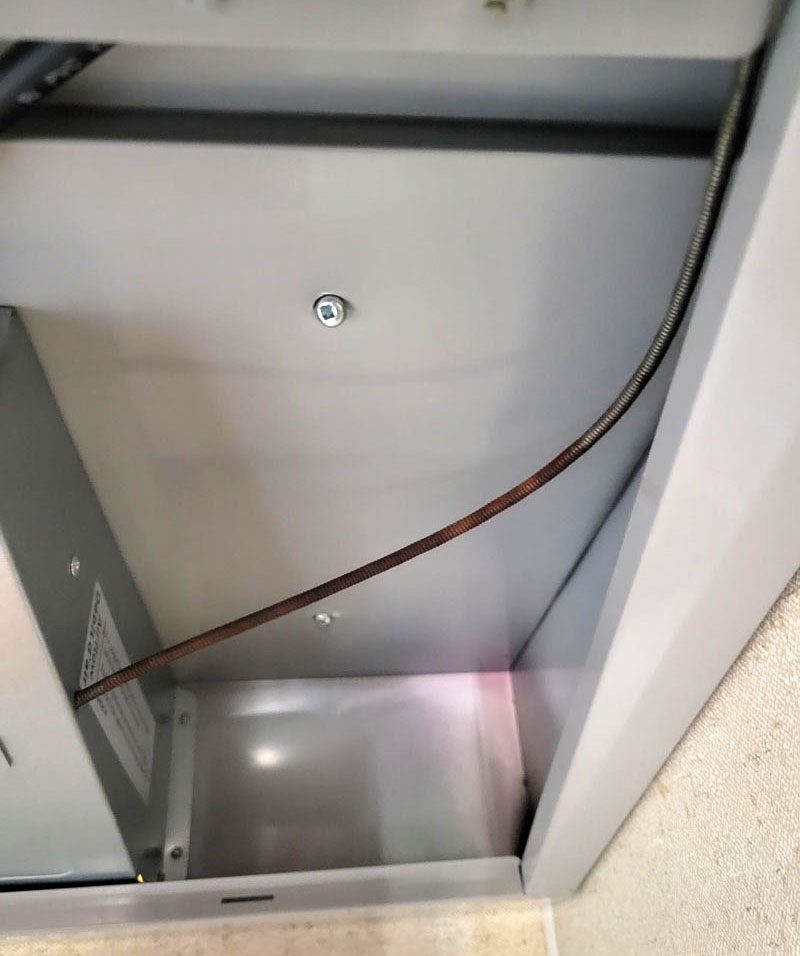 I removed the vent grill to access the interior.  I also removed the fan that was held in by two bolts.  Since the blades are plastic, it was easy to get my fingers past the blades with tools to remove them. 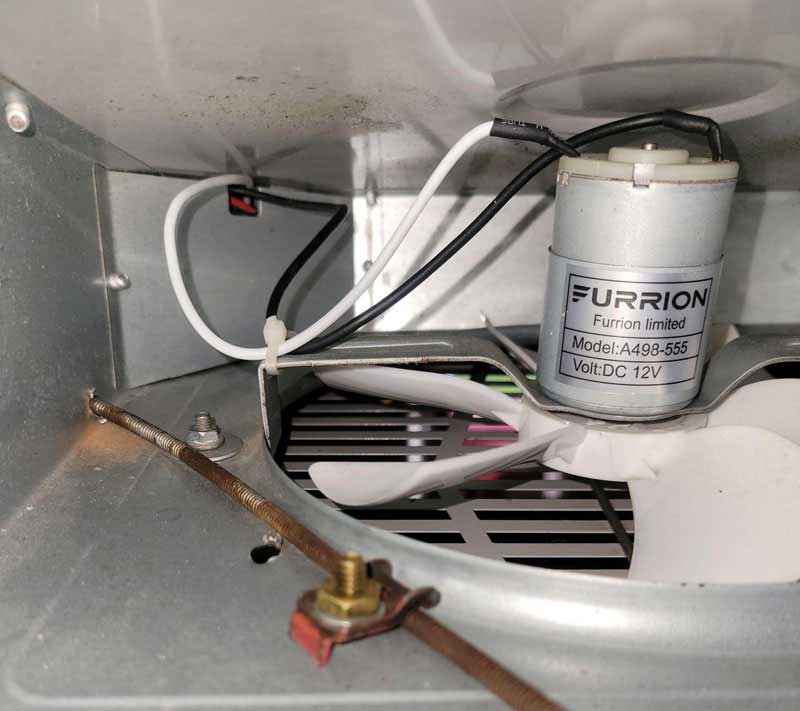 I removed the inner wire cable from the choke cable assembly and then threaded the outer jacket through the drilled holes and out the vent opening.  Once I secured the outer cable jacket in place at the face of the vent, I determined where to cut the jacket just short of the vent flap in the closed position.

After it was cut, I pushed the inner wire cable back into the outer jacket and out of the vent as far as it would go.  Then, on the outside, I cut the wire cable about an inch longer than the position when the vent flap is wide open.

I determined where to drill a hole just large enough for the wire above the bottom of the flap so that the cable stop does not interfere with the flap closing.  I placed it in the middle north to south.  I put a Dorman cable stop on the wire and then pushed the wire through the hole. 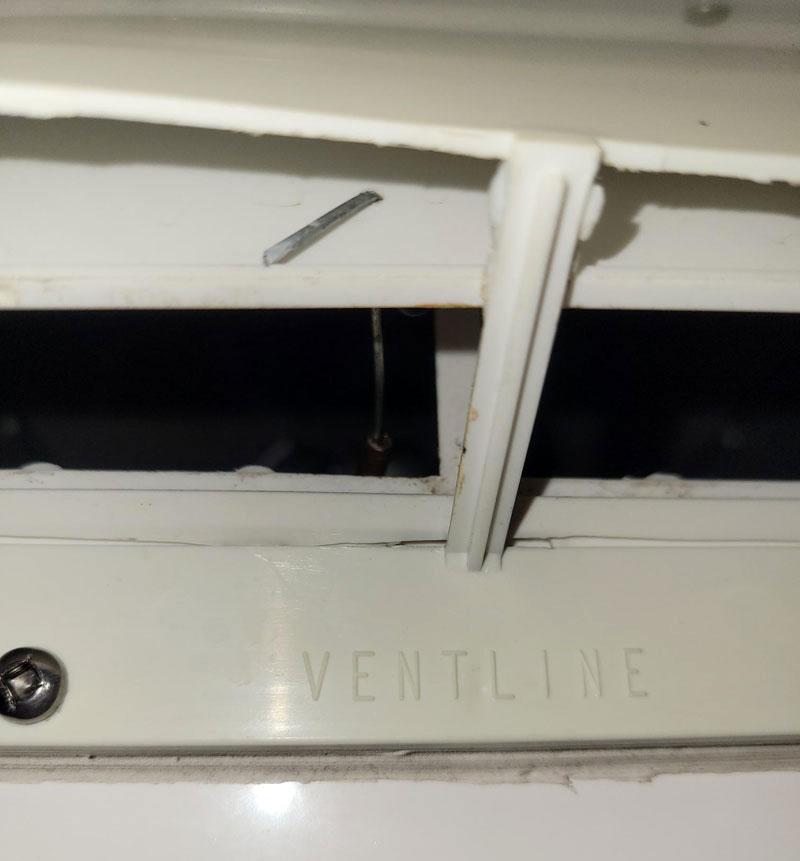 I secured the cable in place with a clamp keeping it back from the vent flap.  That allows the cable to slightly flex up to where I drilled the hole through the flap. 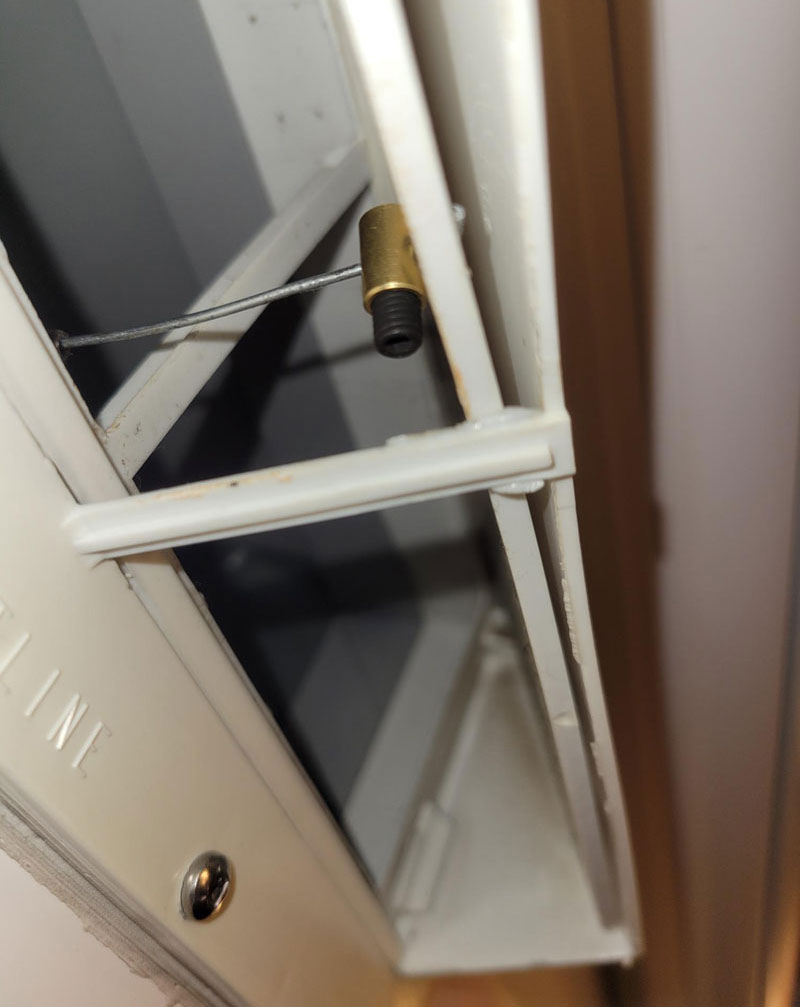 Next, I adjusted the cable housing under the clamp.  This made sure that, when I pull the cable knob, the cable stop met the end of the cable housing when the vent was closed.  When I push the cable in until it stops, it fully opens the vent.  The fan was put back in and the grill was put in place once I confirmed the cable was working fine.

This mod has worked great.  We have been on a couple of trips and there is no flapping vent.  We can easily open or close the vent as needed.  With the cable mounted next to our light and fan switch, you know exactly the position it’s in so you don’t turn on the fan with the vent closed.