Welcome to the second entry in October’s Medium Mod-Ster Contest.  One Medium Mod will be published in every Email Alert in October.  At the end of the month we’ll hold a reader vote to determine October’s winner.  For information about the Mod-Ster Contest, including how to enter, click here.

My refrigerator and freezer struggled to reach a safe temperature during the Oklahoma summer months. I got this mod idea from a seeing a Class A at the local RV shop. I modified to fit my camper.

The top outlet was partially blocked off by a piece of wood. Be sure to leave a gap between the cover and the piece of wood to allow the exiting air access to all the vents.  In my case three rolls.

Use a piece of aluminum flashing (bought at Ace Hardware) bend to fill the gap and direct all of the air coming up through the tunnel over the fins. The thickness of the wood can very. I used 1/8-inch thick wood and doubled it where the screws go into the wood.

I used 1-inch wood dowels cut long enough to space the wood to the inner edge of the inside door. 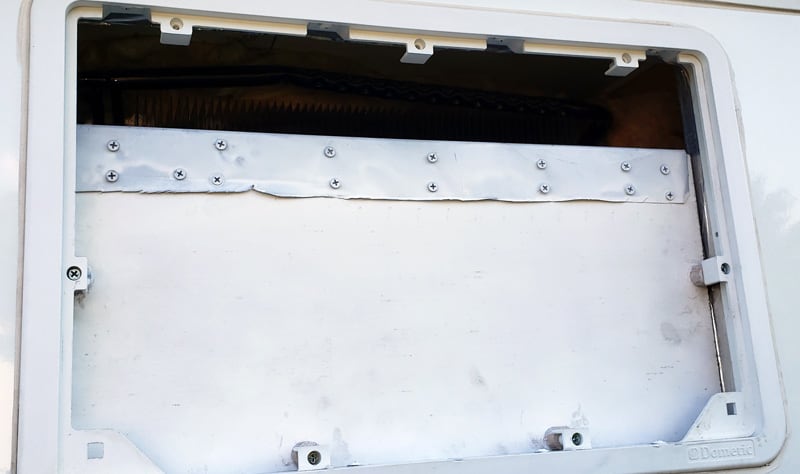 The Dometic DMR702 refrigerator originally had one 80mm x 80mm fan over the coils to move air up through the tunnel.  I found two Rosewill RAWP-141411 V2 140mm x 140mm water-resistant fans and wired them into the same circuit of the stock cooling fan.  I then took used bike tubes cut to cover the hot coils and used zip ties to strap on the 140mm fans. 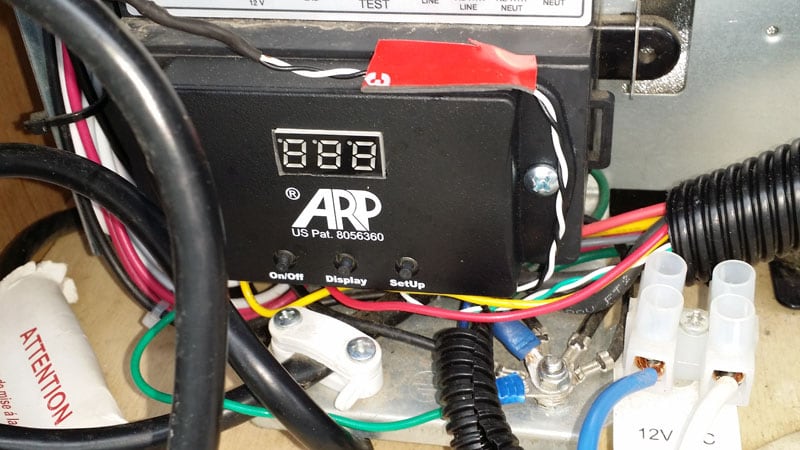 I decided to move the two squirrel fans that I had purchased with the ARP controller to the cold air intake at the bottom. I used the ARP to monitor the boiler and the coil temperatures and to turn on the squirrel fans when the second from the bottom coil reaches 130-degrees Fahrenheit.

I started the test in the afternoon when the temperature was at the highest. By evening the freezer was down to 20 degrees. One day later the refrigerator reached 40-degrees. Before this would take up to four days to reach this temperature without anything in the refrigerator.

Watching the ARP and keeping note of the refrigerator’s performance, the boiler never reached over 189 Celsius, and the coil temperature didn’t reach over 130-degrees Fahrenheit for the week. All of this was done on the lowest setting. 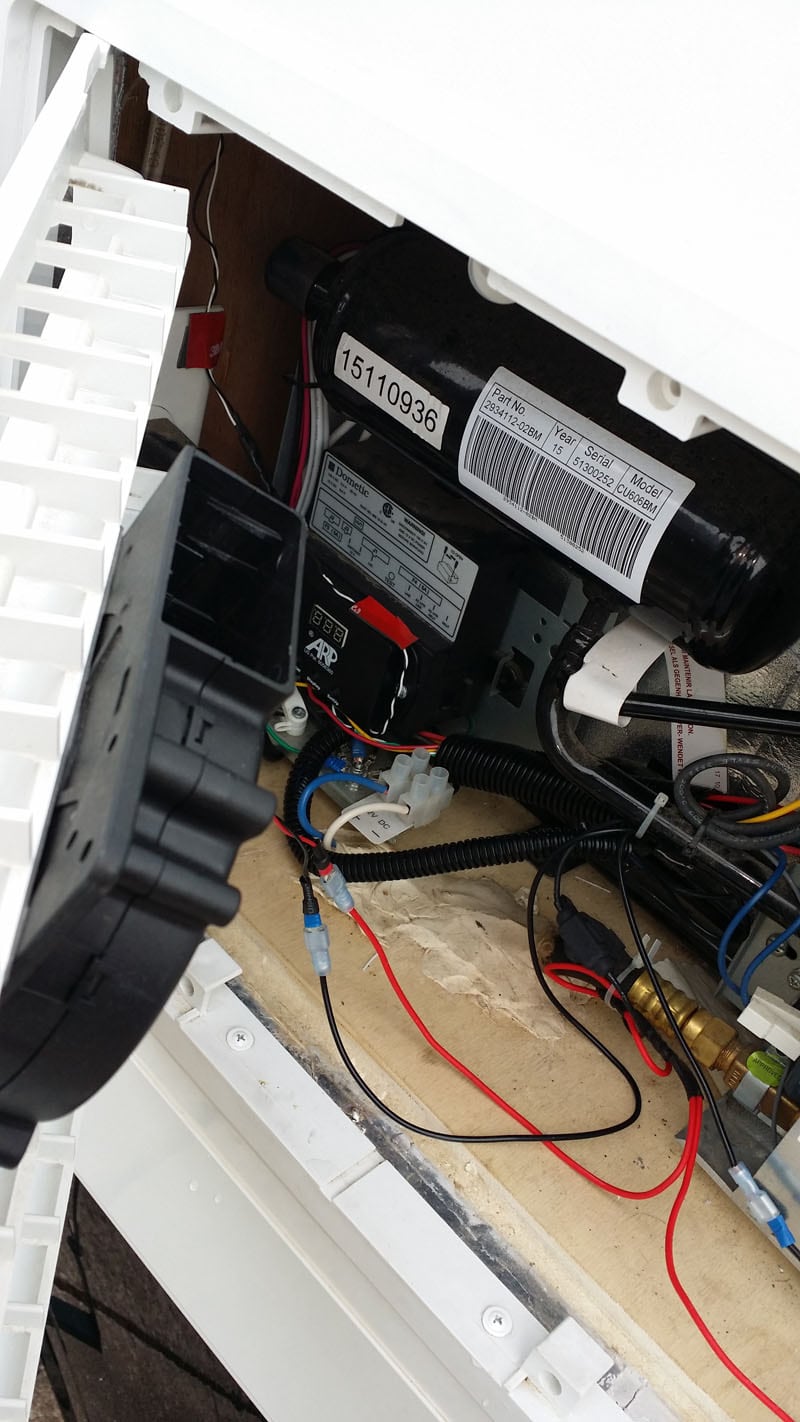 Before the mod, the unit struggled at the highest setting. I would take up to four days in the hot Oklahoma summer to reach 40 degrees. The boiler reached 213-degrees Celsius, which is pretty high. No wonder it wasn’t getting cold. The ARP was a great tool to help diagnose this problem and to show the efficiency of the mod.

It took me four hours to complete this modification. It cost me the price of the ARP (approximately $178 without fans). I had the rest of the material on hand. In my opinion, the skill level of this modification is medium.