Welcome to the second entry in October’s Medium Mod Contest.  One Medium Mod will be published in every Email Alert in October  At the end of the month, we’ll hold a reader vote to determine October’s winner.  Click here for information about the 2021 Mod Contest, including how to enter. 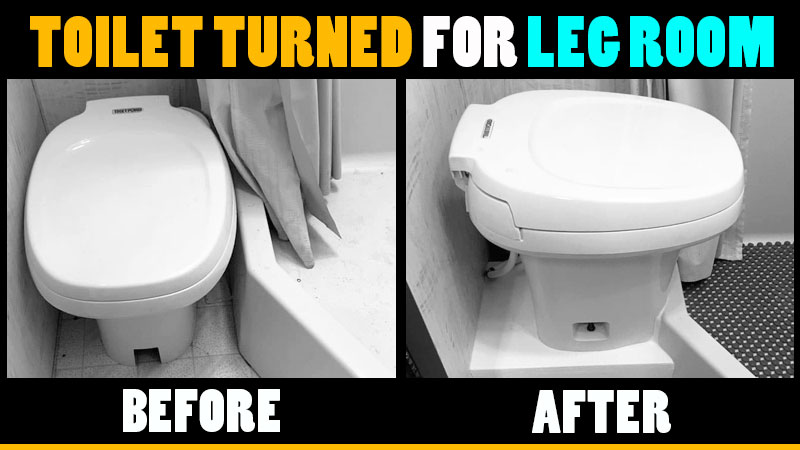 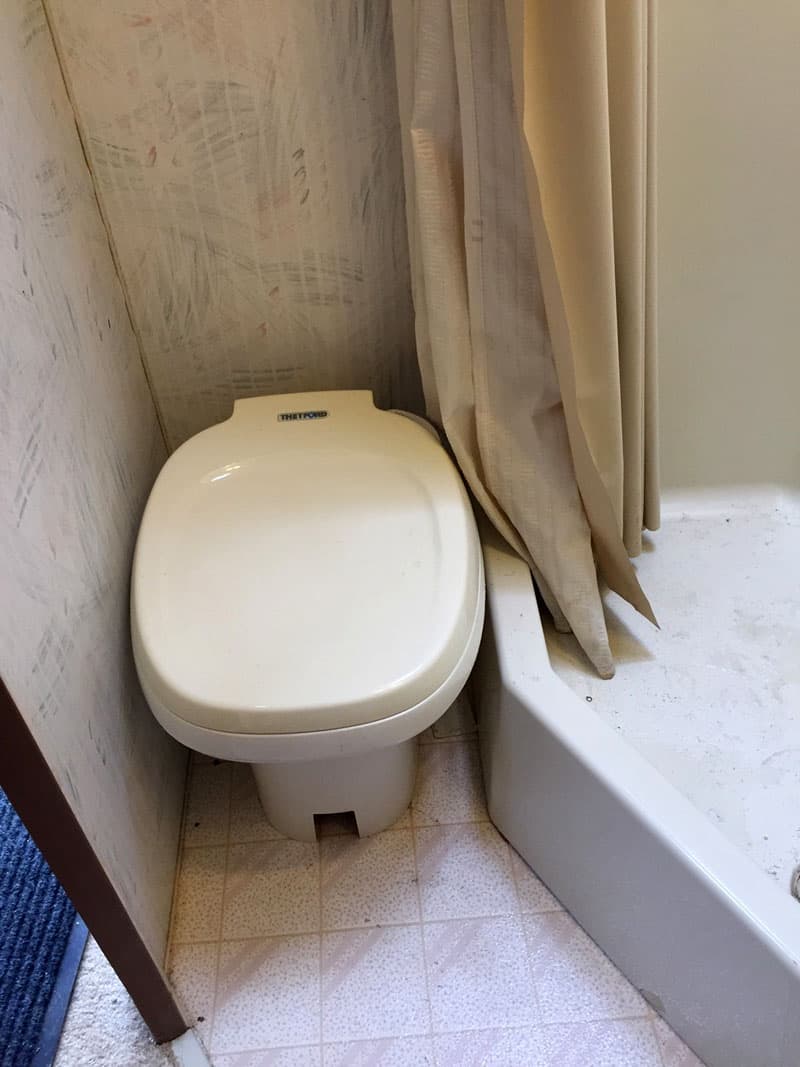 The toilet in our 1992 Caribou was almost impossible to sit on.  Even if you were small enough to be centered on the toilet (somewhat important), given the space provided you had to open the bathroom door to have a spot for your right knee.  We usually ended up with a left foot in the shower as well.

I realized that since I had one leg in the shower already, why not go all the way? 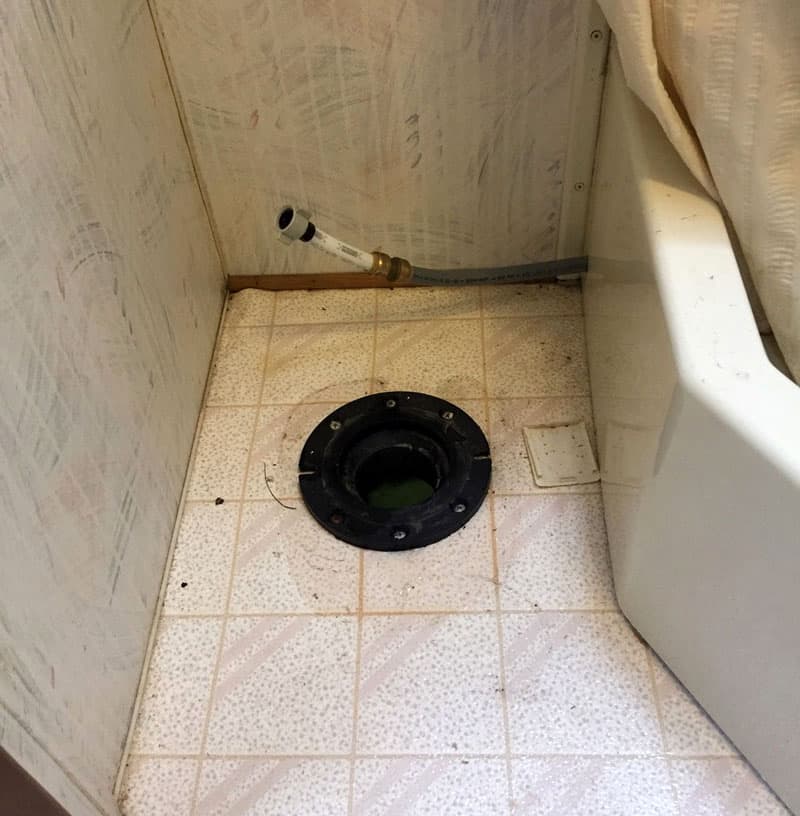 I turned the toilet 90-degrees, raised it up to approximately the height of the shower bottom (2-inches higher, which is nice), and also things to give more room on the side. 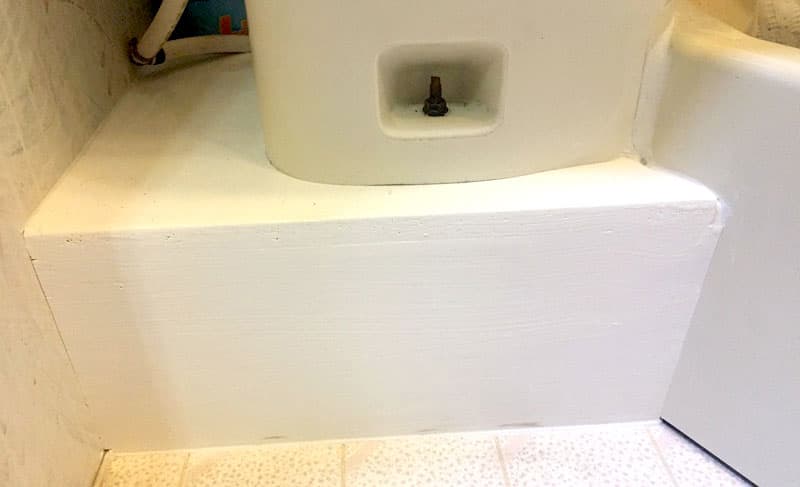 I built a heavy-duty box that conforms to the tub’s contours and used a 3-inch waste pipe along with an offset toilet flange to position things where I wanted them. 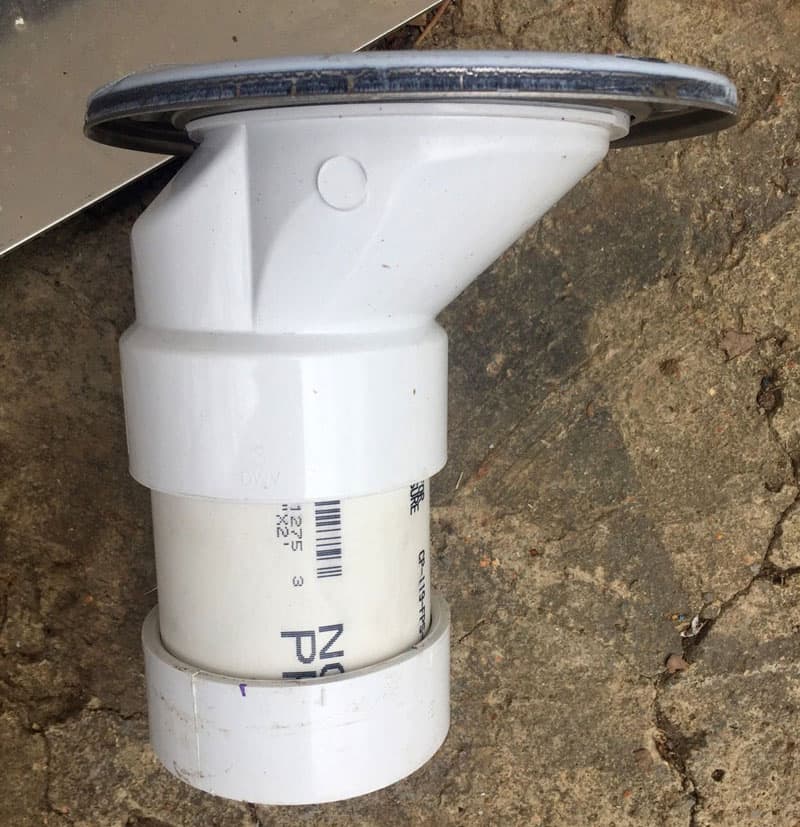 Silicone was used to seal the new flange to the existing one.  It was a pretty tight fit.  Then I sealed the joints between the box and things with waterproof caulking.

The only two invasive steps were adding some pipe to the water line and cutting a chunk out of the front of the toilet to fit over the lip of the shower. 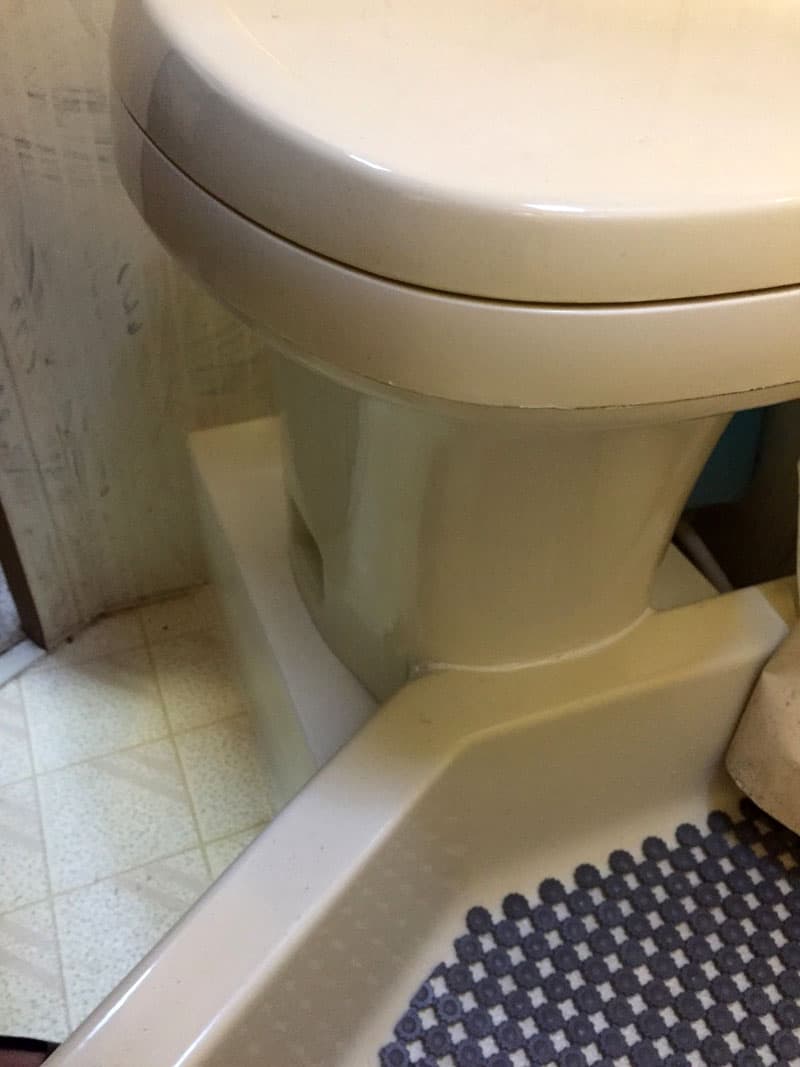 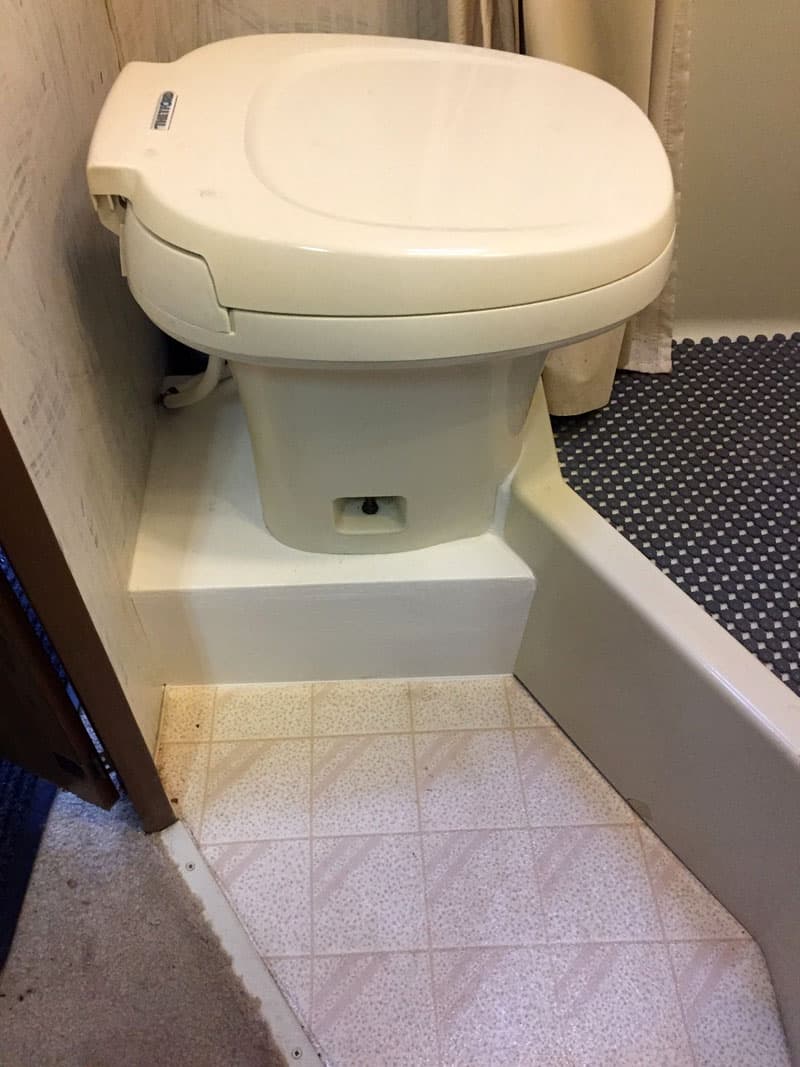 It’s great.  Now we have tons of room to sit on the toilet and the extra height is much more comfortable.  I added a bathmat so that our shoes in the shower won’t scuff things up.  Unfortunately, it tends to stick to bare feet.  An added bonus is that there is now room for two packages of toilet paper next to the toilet. 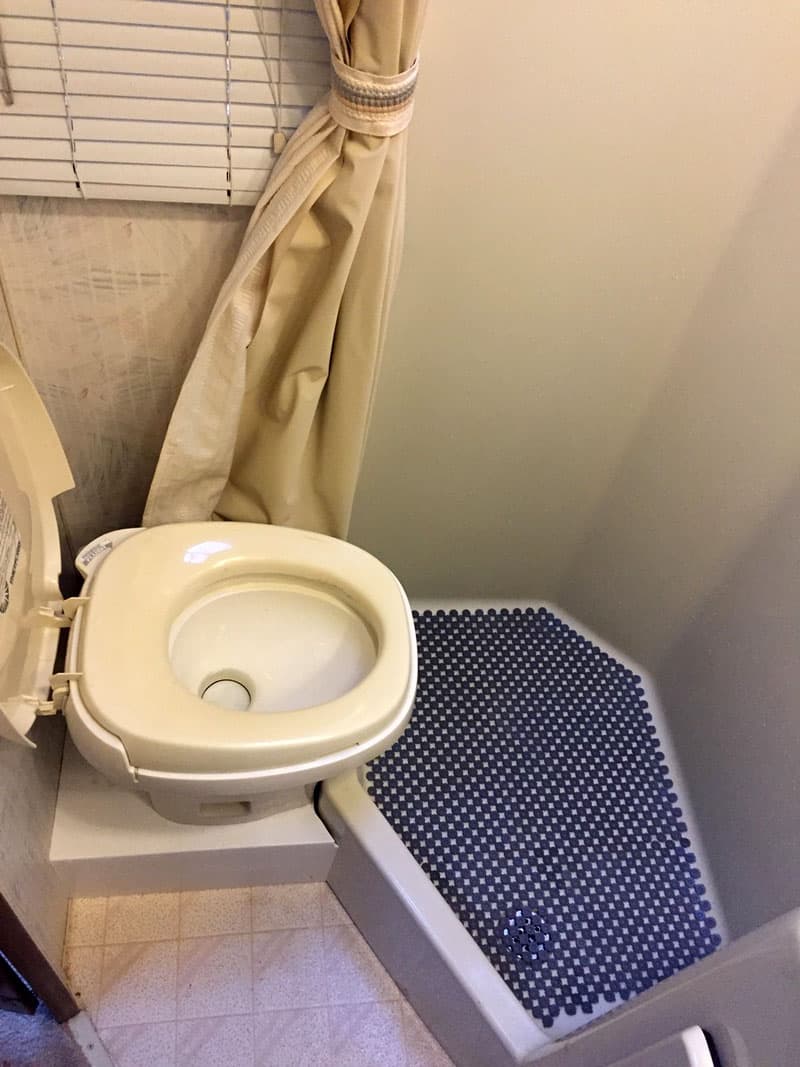 I used some boards and plywood I had laying around, along with leftover caulk and PEX pipe.  The only thing I bought was the flange ($13), and the 45-degree elbow ($3).

This mod took me four hours, some of which was getting the hole for the new flange just where I wanted it.  It cost me under $20.  In my opinion, the skill level of this modification is It was pretty easy because it was basic plumbing and woodworking.