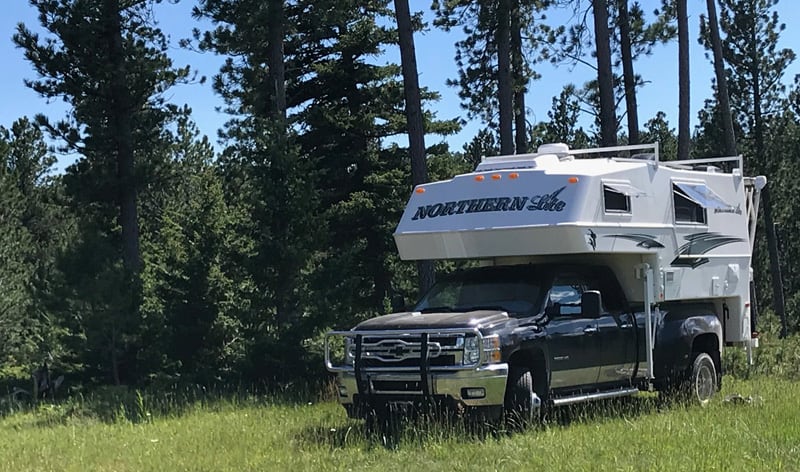 One of the first times I took the camper off our truck, I unhooked the Torklift Fastgun turnbuckles from the tie-downs and let them hang from the camper anchor points. I was planning to put the camper right back on after an oil change.

I lifted the camper up on its jacks, checked that everything was clear and started to ease the truck out. It wasn’t rolling easily, but I wrote that off as rain softening my gravel pad. So I pushed the gas a little harder.

Suddenly there was a crack – like a rifle shot. I saw in the side mirror something go shooting off into the neighbor’s yard. In the rear view mirror I saw the camper rocking back and forth.

Somehow one of the rear turnbuckles had managed to insert itself back into the tie-down hole. The thing in the neighbor’s yard was part of the Fastgun handle. By failing, it saved everything else from even worse damage.

After much cussing and a long inspection, I finally concluded that the broken turnbuckle was the only damage done. I got really, really lucky.

First, always take the turnbuckles clear off when unloading. And second, it something feels wrong, stop and find out what it is before proceeding.

I forgot to unplug the twist lock connector from our backup camera connection and ripped it off while unloading. I have often wondered how many fellow truck campers have done the exact same thing with their backup cameras.

The permanently-mounted truck side of the connection was not damaged. The camera itself was not involved, only the connector.

After the accident, I went on a trip without a rear view camera. It was also no fun wondering if my towed Jeep was still back there. 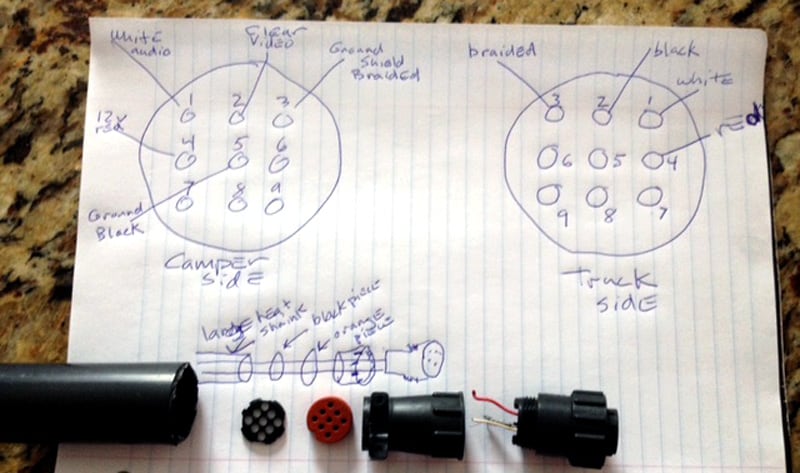 Soldering the hair-sized wires to new 26-gauge pins and inserting them into a new amp connector wasn’t my idea of fun. That said, I successfully repaired the connection to my own amazement. Now I hope the arm I broke trying to pat myself on the back heals quickly (joking about the arm).

Always remember to unhook your electric connections from the truck before pulling out from under your camper. Unplug, check that you unplugged, then check again.

No humor here. Just remember to add every step to the ‘removing camper from truck list’.

I have a brand new truck and a brand new camper. I was parking the camper at the RV storage lot for the winter. We live north of the 49th parallel. I had my neighbor, an experienced travel trailer hauler, with me to assist. We went through every step on the list I had made as we practiced loading and unloading at the dealership during delivery. 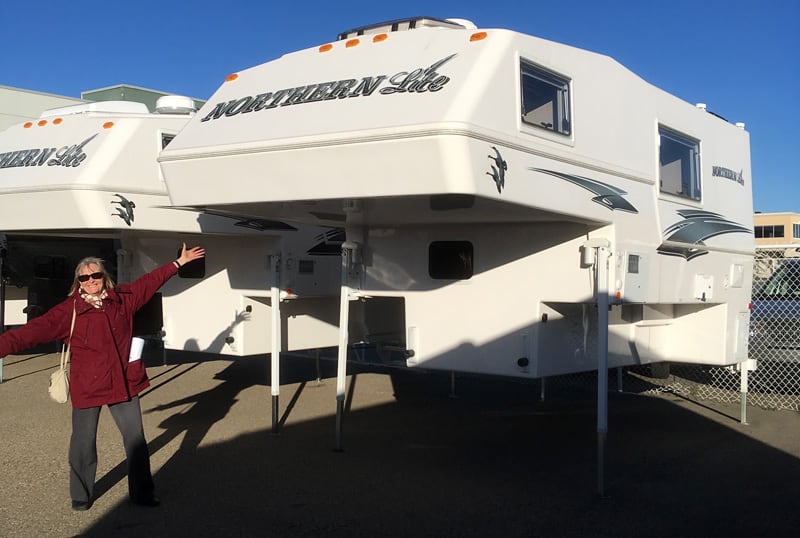 Above: Picking up their Northern Lite 10-2 EX at Fraserway RV

However, as I very slowly moved my pickup forward from the free standing camper, there was a minor ‘bang’ noise from the back. I stopped immediately. We bent down under and looked to see that the plug for the backup camera was dangling free from beneath the back of the camper bottom.

I had forgotten to disengage it. Luckily, the plug came free without damaging the wires. The back up camera had been installed after we got the lesson at the dealer on how to remove the camper from the truck. That step was not on the list. It is now.

Remember to not only unplug the camper’s power cord, but also the backup camera’s cord. Also, maintain and use a loading and unloading checklist along with the arrival and departure checklists for your camper. 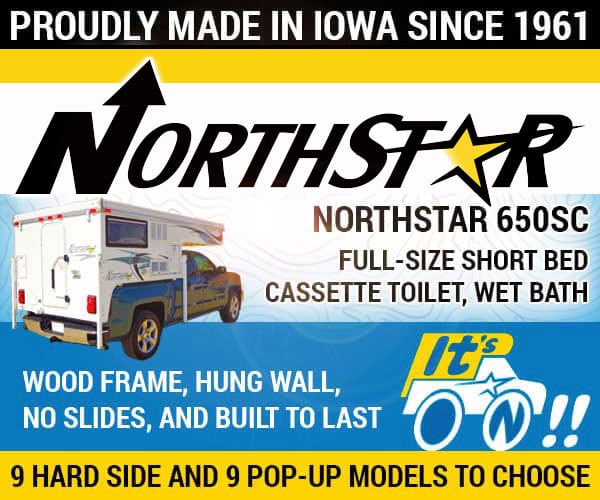 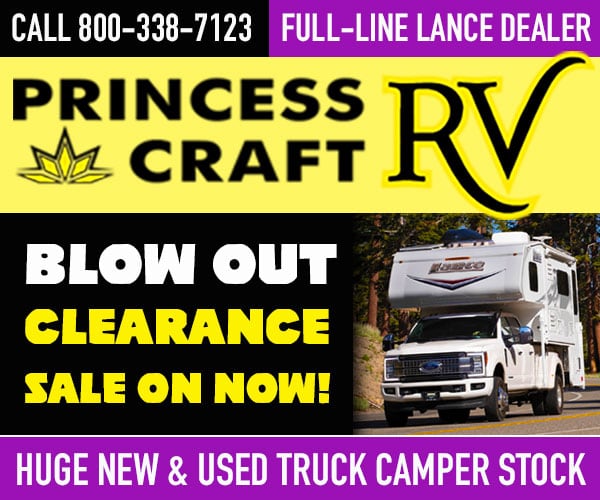 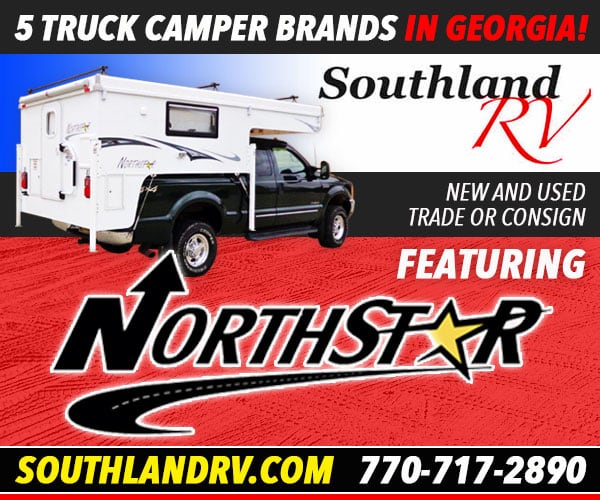 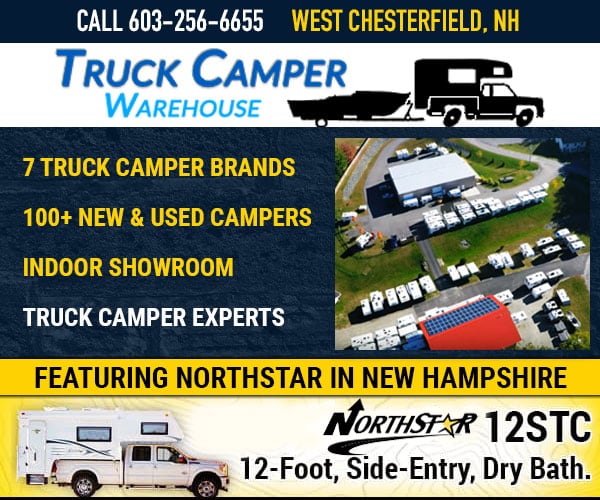