Ben Hitchings spearheaded his travels in the wrong way. Leonard Berg watched his truck go camping without him. Both are here to offer a critical memo on not rushing to load a truck camper.

I am usually quite good about running through a checklist of things to get my camper ready to go for a longer (10-day) trip. However, I had some issues come up at work and I had fallen behind on my honey-do list. By the time I was getting my camper ready for a long trip to Yellowstone with the in-laws (I was also towing their 18-foot camp trailer), I was in a hurry and a little distracted.

Due to lack of driveway space, I had to de-winterize my in-law’s trailer, empty the holding tanks from the de-winterize and sanitize processes, then park it on the street in front of my house while I did the same thing with my camper. I figured I’d save some time and hassle by hooking up the hitch extension before loading the camper onto the truck.

Well, I finished getting the trailer ready and parked it on the street. Then I proceeded to back up to the camper. And being in a hurry, I was trying to do it quickly.

I was surprised when the truck suddenly stopped two-feet from the front of the camper with a sickening crunch. The sound still echoes in my mind. 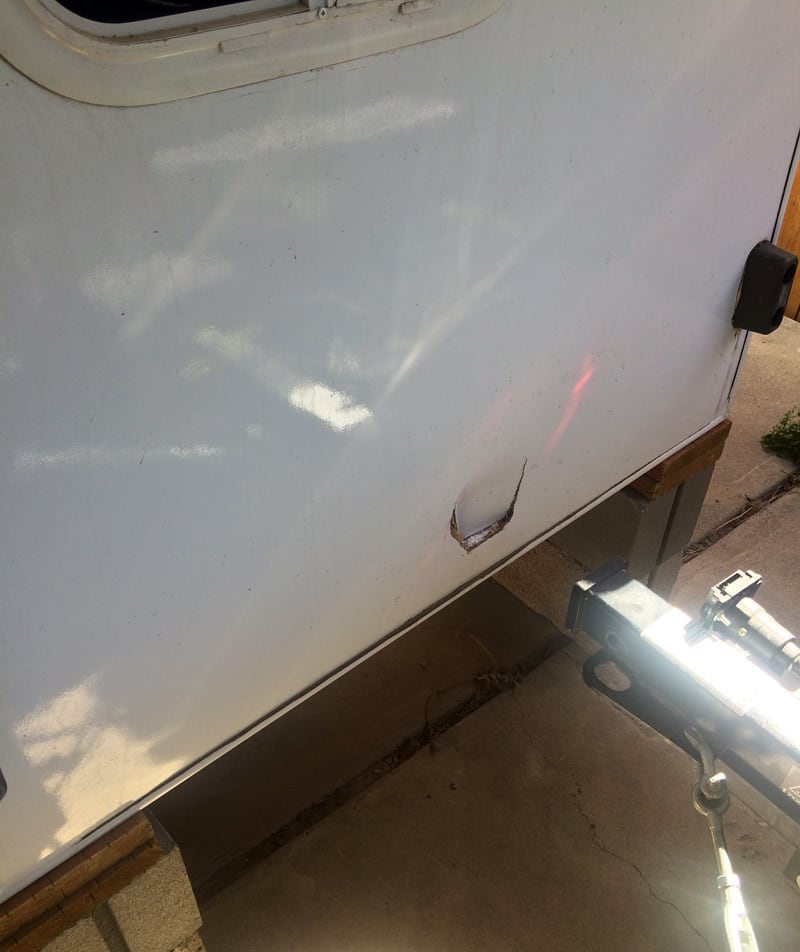 Now I refuse to attach the Torklift SuperTruss hitch extender until after the camper is already loaded onto the truck. It may be more of a hassle, but it was a fairly costly mistake.

Never be in a hurry when loading (or unloading) a truck camper. And always be aware of what’s on the back of your truck when backing up to a camper. Look, then load.

While driving out from under my raised Arctic Fox trying to beat the oncoming rain, I noticed that it was not quite clear of the truck bed.

Exiting the truck, I slightly raised all four electric jacks with the jack remote. To my horror, my truck had been left in drive and, now being free of the restraining bed, was driving away on its own! Fortunately, I had also left the truck door open and was able, after a lumbering sprint, to get to it just before it hit the neighbor’s fence.

Now when unloading, I think of every move carefully before executing. No more rushing for me.