There’s nothing quite like running out of propane in the middle of a dark, cold and windy night.  On at least a half-dozen occasions over the past decade I have found myself outside in my jammies freezing my buttons off and changing propane tanks.  Yeah, I said buttons.

Fortunately, it’s been quite some time since we have run out of propane in the middle of the night.  As intended, we are much more aware of our propane levels now and make sure to switch our propane tanks and/or fill them long before the buttons drop.  As soon as I sense the tanks are low, we get gas.

For the newbies among us, most of us eventually develop an awareness of our tank levels, propane levels, and battery levels.  We might still check our monitors, but we pretty much know where they should be.  It’s a truck camping zen thing; totally in tune with the tanks, becoming one with the batteries.  You laugh, but this will happen to you – grasshopper! 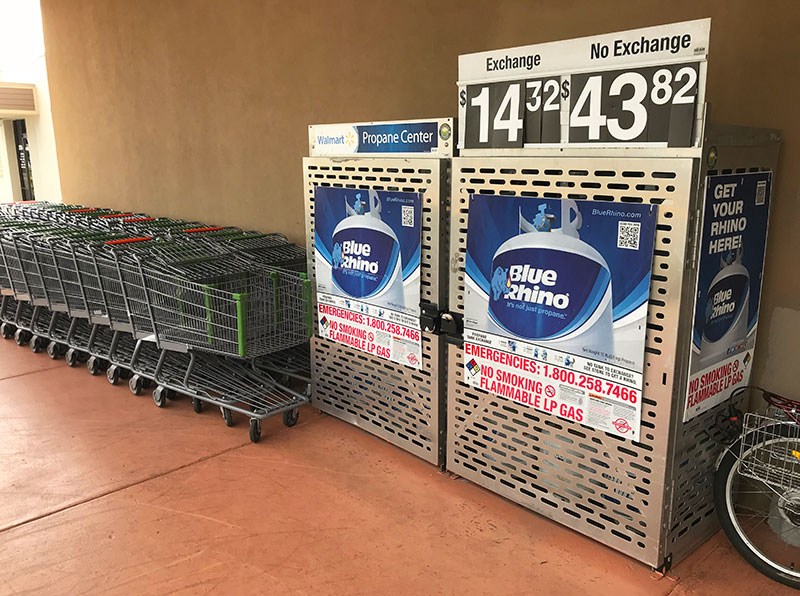 However, exchanging propane tanks does have some downsides.  For example, exchanged tanks cost more per propane gallon than refilling.  One study pegged the exchange propane price at $5.75 per gallon.  That compares to $3.99 or less at most propane refilling stations.

Filling propane is normally a good experience with an attendant who knows what he/she is doing and gets the job done in short order.  Unfortunately, we have the occasional knucklehead that overfills despite our specific directions to the contrary.  This can be solved by carefully bleeding of a little propane prior to installing the tank in your camper.  Watch those attendants!

This week’s Question of the Week is, “Do you refill your truck camper propane tanks, or exchange them?”

This QOTW is now closed.  Click here to see, “Propane Advice For Campers: Refill or Exchange“.