As stated in our Frequently Asked Questions, Truck Camper Magazine reviews are wholly independent and posted without notice or review by the industry until publication.

However, the manufacturers are invited to submit a manufacturer’s response to be immediately published, without edit, the following publishing date.

Tyson D’Acosta, Vice President of Capri Camper, sent us the following manufacturer’s response to the 2017 Capri Retreat Long Bed Review.  The sections referenced in the review are quoted to put Capri’s responses in context.

As a manufacturer, Capri Campers does not install toilets in their campers, or bathroom sinks for that matter.  The optional shower stall in the Retreat does offer a seat shelf that Capri said would accommodate a Porta-Potti.  Visually, the seat appeared small for this purpose.

The portable toilet actually sits on the shower floor, not the bench seat.  I have attached a picture for you to see what this looks like. 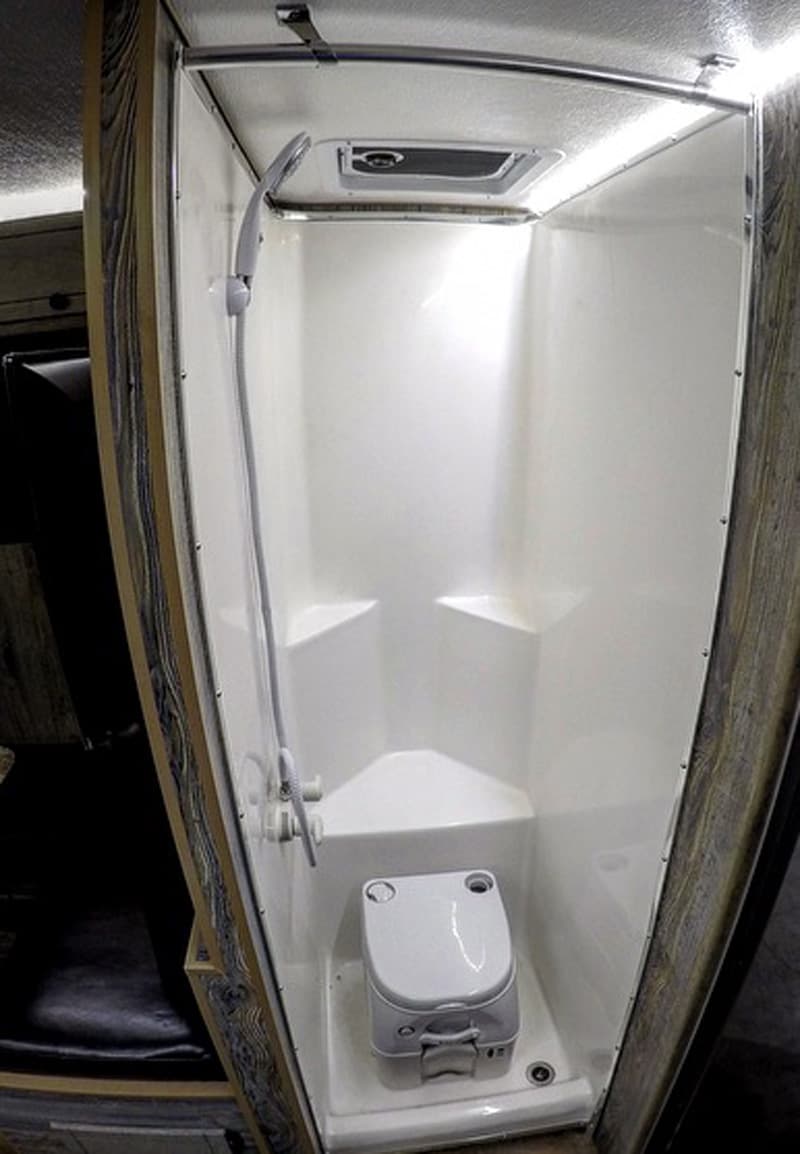 The portable toilet is removable when taking a shower and can be stored underneath the bench seat on the backside of the shower. 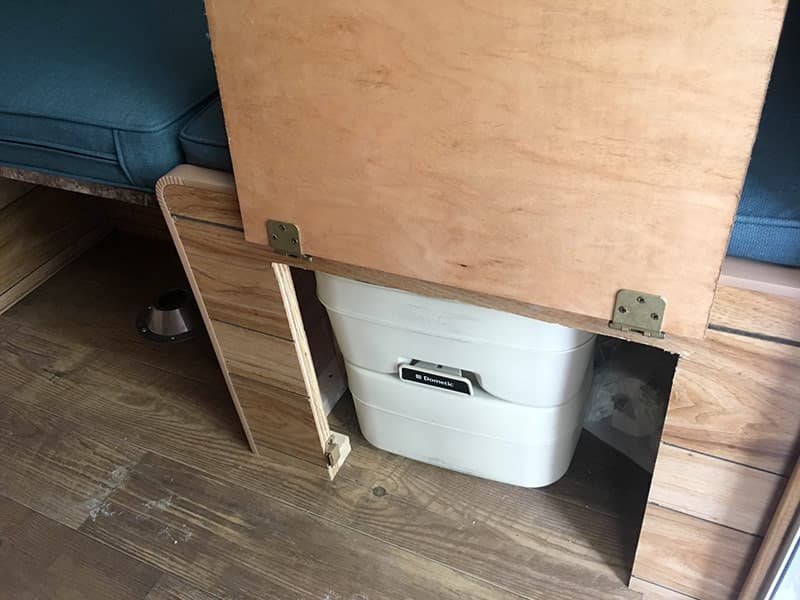 I would like to see a towel rack somewhere in this area (referring to the shower stall area).  The shower stall seems an obvious place for one or even two simple towel racks.  The back door could also accommodate a towel rack, but I would prefer the shower to keep the moisture inside the fiberglass stall.  Plus, there’s the optional fan to help ventilate and dry the towel.

We can hang a towel rack just outside the shower if someone wants one.  We will call this the Gordon Rack on our option list.  We also have an optional mirror that can be hung on the back door.  I have attached a picture for you to see what this looks like. 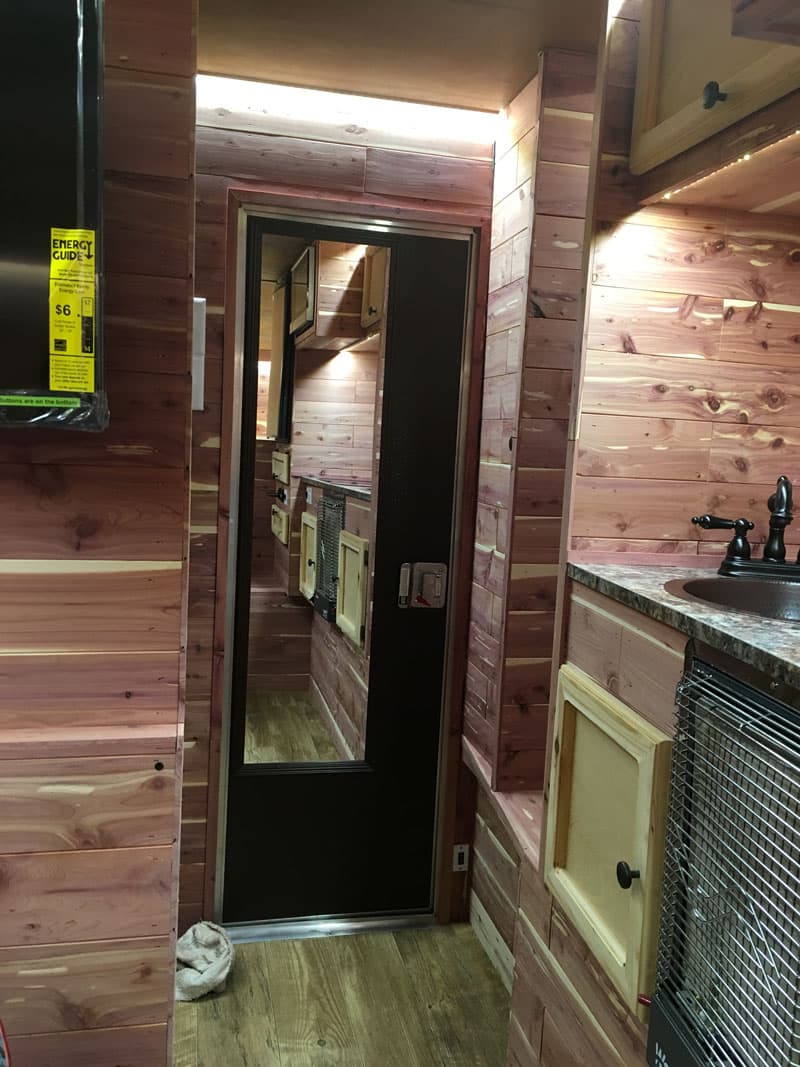 Above: The optional rear door mirror installed in a Capri Retreat

The upper cabinets do not have gas struts or catches to keep them open, so you’ll need both hands to use them.  While the owner would become accustomed to this, it’s a pain.

We are looking into gas struts for the cabinets to be standard on all 2018 campers.

As of now, Capri does not have truck camper scales at the factory.  They weigh campers upon customer request by loading them on a truck and driving to a nearby certified scale.

While that works, Truck Camper Magazine would like to encourage Capri to purchase an Intercomp SW500 E-Z Weigh Scale System, weigh each camper once completed, and mark that dry-with-option weight on the unit before it leaves the factory.

We have ordered the scale Gordon mentioned to be able to weigh campers at the factory. We will begin using the scale to weigh every camper once it arrives.

To save weight, there is no shower door.  A carefully placed shower rod and curtain should keep the water in.  I am not sure if Capri hadn’t installed the shower curtain yet, or if that’s up to the customer.  If this were our camper, we would employ an Extend-A-Shower rod to increase the shower space just a bit more.

Some customers just add a hook or two in the ceiling outside the shower and attach their shower curtain to it.

For more information on Capri Campers, visit the Capri Camper Buyers Guide and their website at capricamper.com.  Click here to order a free Capri brochure.