Our three week adventure in Florida this Winter was full of road magic.  Perhaps the luckiest road magic was Charlie and Jeannie Cushaine’s discovery of The Blue Max, a World War 1 model airplane flight competition held by the Sanford Aero Modelers RV Club in Sanford, Florida.  The air show was their next destination after the Disney rally in Fort Wilderness. 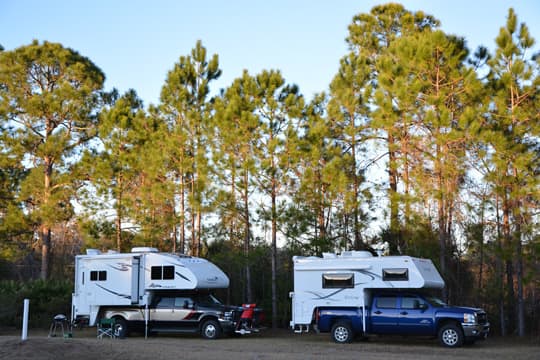 The model airplane club welcomed spectators to boondock for free on their 40-acre field during the three-day event.  Free boondocking in Florida and a model air show?  Now that’s our kind of road magic!

After driving for about an hour, we arrived at the field just off a main road.  They event coordinators directed us to a fairly level grassy area where we found the Cushaines and their Chalet DS116 already set-up.  There were a couple dozen other vehicles there, including a handful of travel trailers, but it certainly wasn’t crowded.

Once we were settled in, we had a better look at our surroundings.  The model airplane airstrip paralleled the parking area.  There were picnic tables set up for spectators and covered areas for the model fliers.  All in all, the Sanford Aero Modelers RV Club have quite the facility. 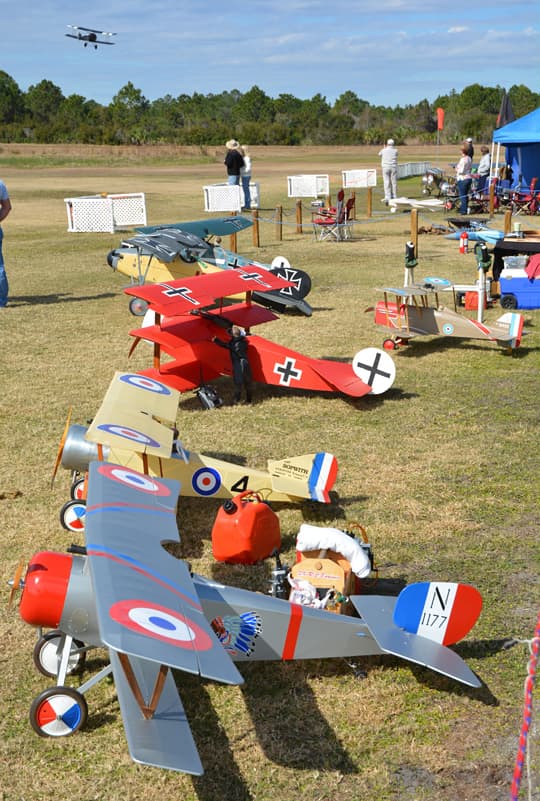 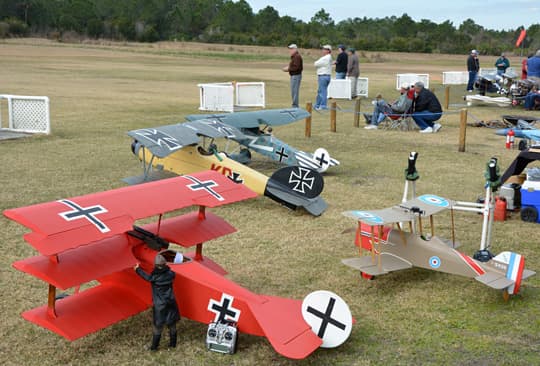 The next morning, the competition took off – literally.  At least two or three dozen beautiful World War I era planes were now on display at the flightline.  Overhead, the model owners flew patterns and dog fights as fellow modelers evaluated their piloting skills.  Most of the 1903-1919 era planes were gas powered, but a few were electric. 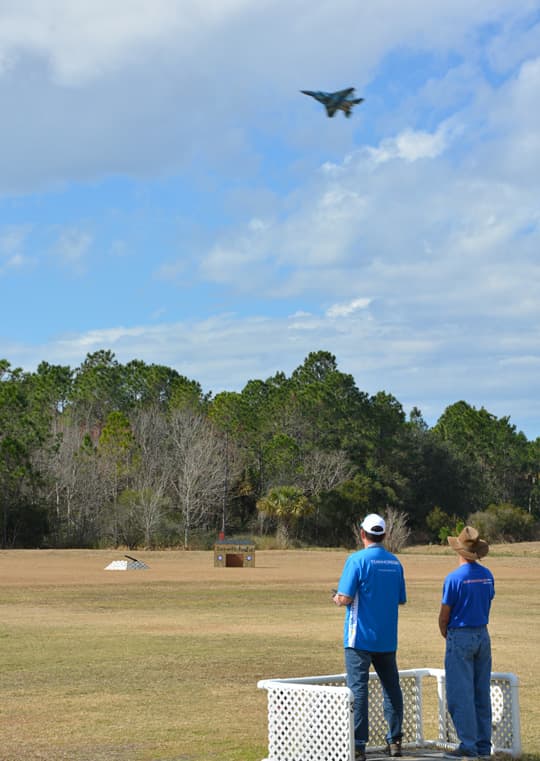 During half-time on Saturday, a turbine powered F-15 Eagle model took flight and tore across the Florida landscape.  That was a real treat. 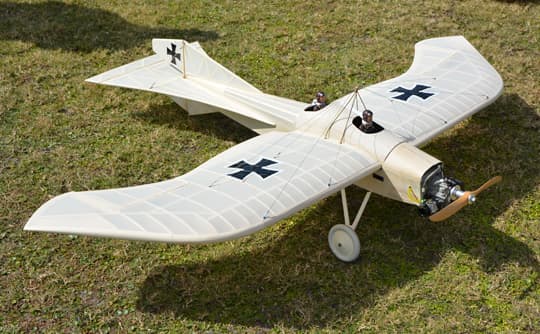 All of the model planes were absolutely incredible in design, aesthetics, and flight capability.  We thoroughly enjoyed the experience and admired the club member’s dedication and passion.  Imagine building a model airplane for two years, and then having the courage to fly it!  We actually saw a handful of crash landings.  That’s the nature of the hobby. 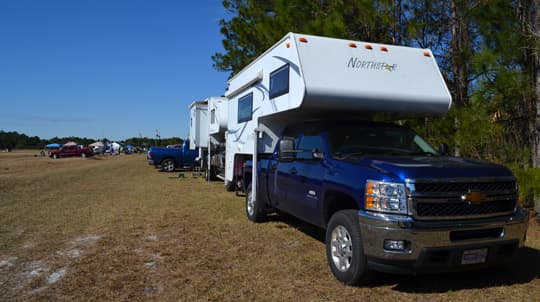 Even though about 1,000 spectators and participants showed up over the course of the event, our truck campers were never blocked or parked in.  The club members welcomed us and we learned a lot about their hobby and lifestyle talking with them.  One thing we learned is that they need more young people to join their ranks.

During the course of the weekend we kept thinking about how perfect this situation was.  We were camping for free.  We were hanging with fellow truck camping friends.  The entertainment was right there, and also free.  You just couldn’t beat it.  We had a great time.

Could there be more opportunities like this if we looked for them?  Might there be more small clubs and groups that host outdoor events that we could attend?  Obviously, not all would be free, but it’s worth investigating.

That brings us to this week’s Question of the Week, “Have you ever camped at an outdoor event?”.

Maybe you attended an air show, an astronomy club gathering, a concert or festival, or a county fair.  Tell us what events you brought your truck camper to and what that experience was like.  Please include if it was free, or if you paid to camp and participate.

Here are the responses to this week’s Question of the Week.