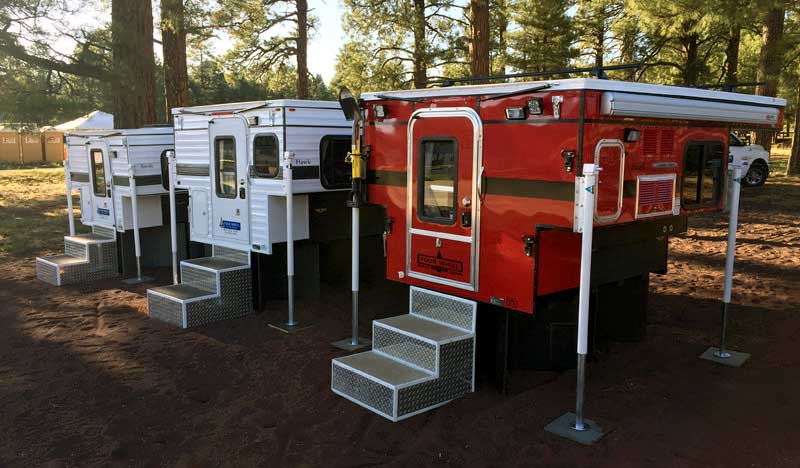 At the end of the article, we asked Truck Camper Magazine about their interest in exterior colors for truck campers.  633 readers chimed in – a relatively good number. 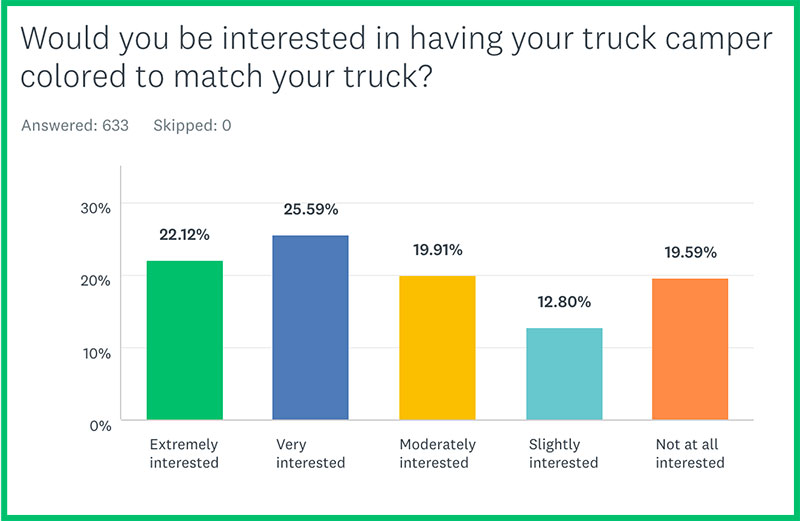 Essentially, half the respondents said, “Yeah, I’d be interested,” and a third said, “No, I would not be interested”.  The middle 20-percent said, “Maybe.”  That’s a very strong response for the industry to look into color matching trucks. 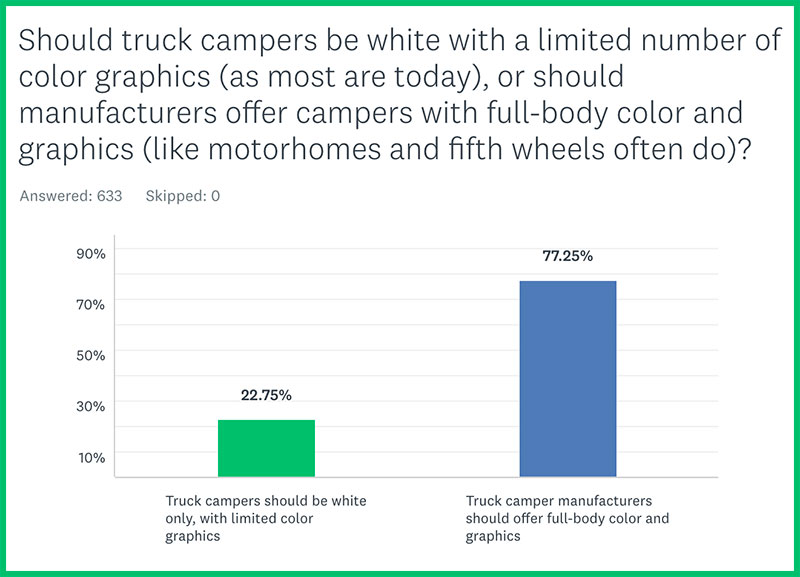 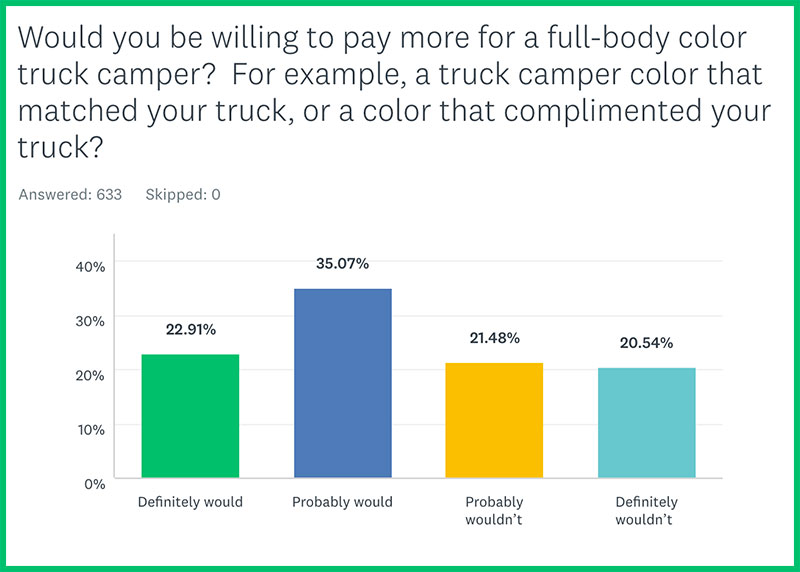 This chart makes sense when you look back at the first chart, and further demonstrates the marketplace potential for color-matched truck campers. 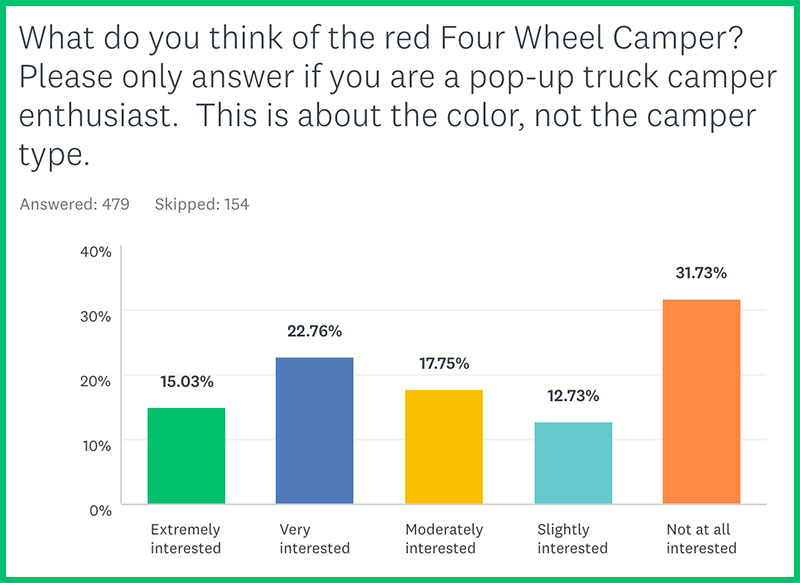 We asked respondents not to answer question 4 if they were not pop-up truck camper enthusiasts.  154 people skipped the question.  That’s roughly 32-percent.  Since a good number of hard side enthusiasts probably skipped an article about a pop-up camper, this percentage makes sense.

When we combine “Extremely Interested” with “Very Interested”, we get 47.71-percent.  That’s identical to the positive responses in from question 1.  This is another clear demonstration that folks really are interested in color.