For Behind the Shot Part 9, we are featuring photos and stories from Canaan Valley, West Virginia, Xangongo, Angola, Valley of the Gods, Utah, and many more!  Click here to participate in the 2020 Truck Camper Magazine Calendar Contest and be considered for a Behind the Shot feature. 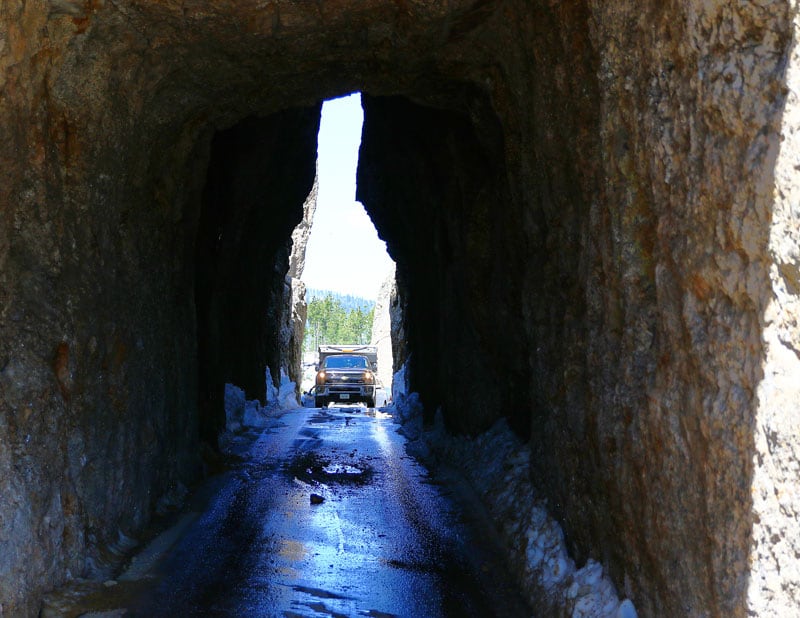 At the end of May we took a trip through the Black Hills via the Needles Highway. It had snowed around a foot there less than a week prior and snow is still visible on the sides of the tunnel. This was a shot I’d been wanting to take for quite awhile. The tunnel is quite narrow and the photo gives the illusion that a pickup might not fit! 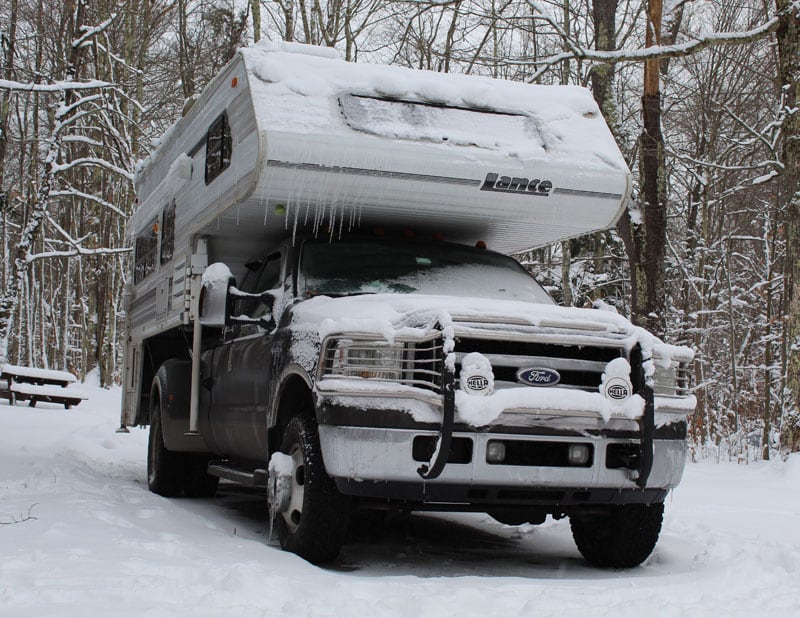 We were camping at Canaan Valley State Park in West Virginia over the Christmas holidays. Temperatures were well below freezing at night and during the day but we were toasty warm inside the camper. We were the only campers in the campground and is was very quiet and peaceful.

We hiked all of the wonderful trails in the park and came across a couple who were cross country skiing on the trails. I forgot our snowshoes so we just hiked in our insulated hiking boots (sorry, Marci).

We also drove up to Snowshoe Mountain while we were in the area and spent the day walking around the village and seeing the sites. We had a great lunch in town and then headed back. The lodge at Canaan Valley had the absolute best Christmas buffet dinner we have ever had. We highly recommend staying there over the holidays! 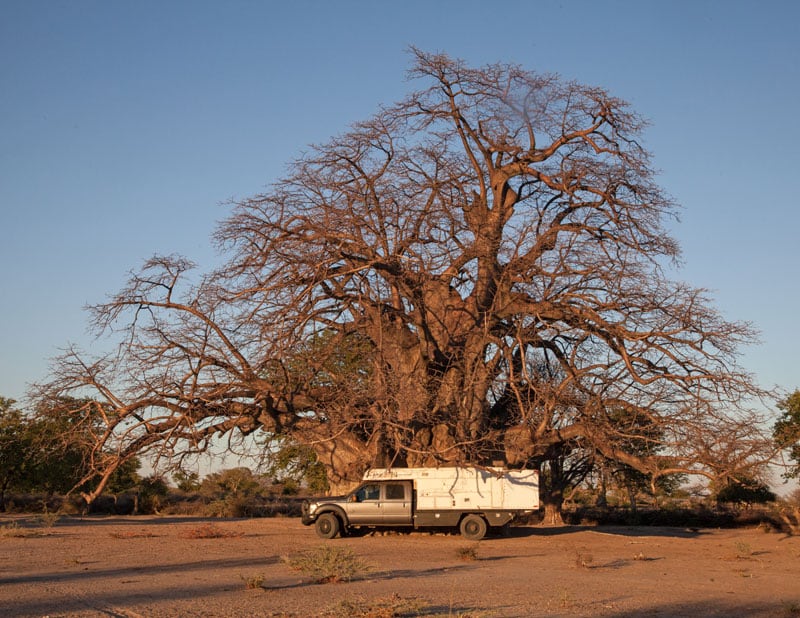 Our truck camper, Livingstone, is 28-feet long. This enormous baobab tree in Angola absolutely dwarfed it! 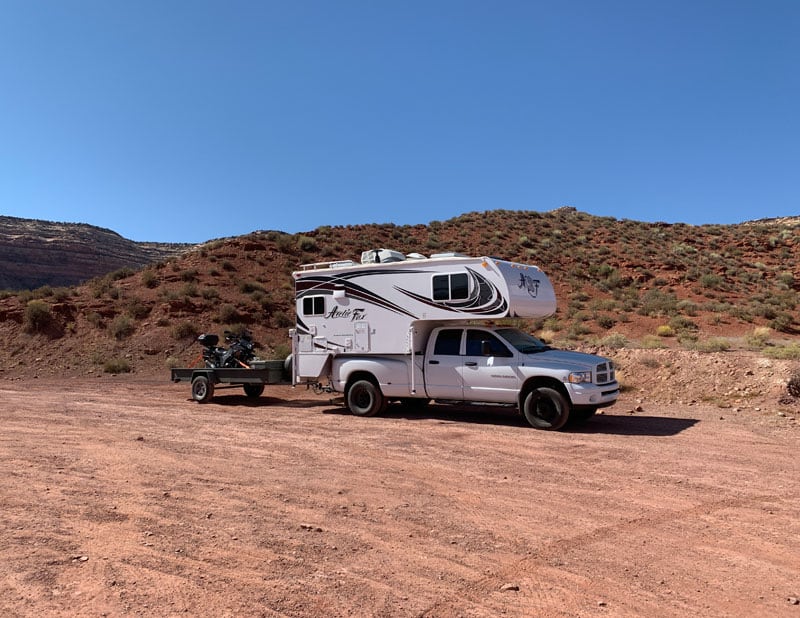 After picking up my new camper in Pueblo, Colorado on August 31st, I drove across Colorado hoping to find a place to camp near Ouray so I could explore the surrounding mountain passes. The town and surrounding areas were completely packed for Labor Day Weekend, so I continued east to Valley of the Gods. There, I parked and explored the area on my motorcycle, before heading back to Arizona. 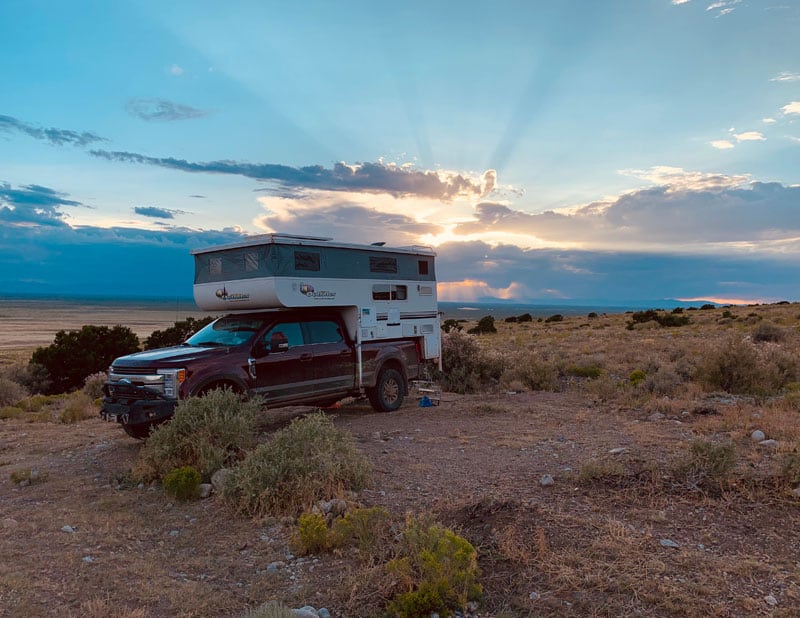 I camped on BLM land at Great Sand Dunes National Park in Colorado. 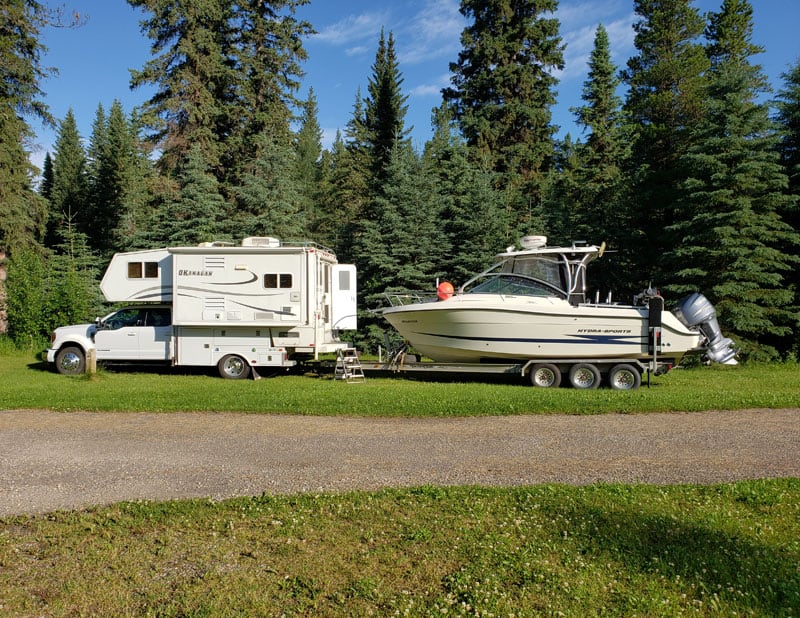 We always stop just west of Edson, Alberta on our way to the west coast for fishing. There is a nice little creek that runs past the site. 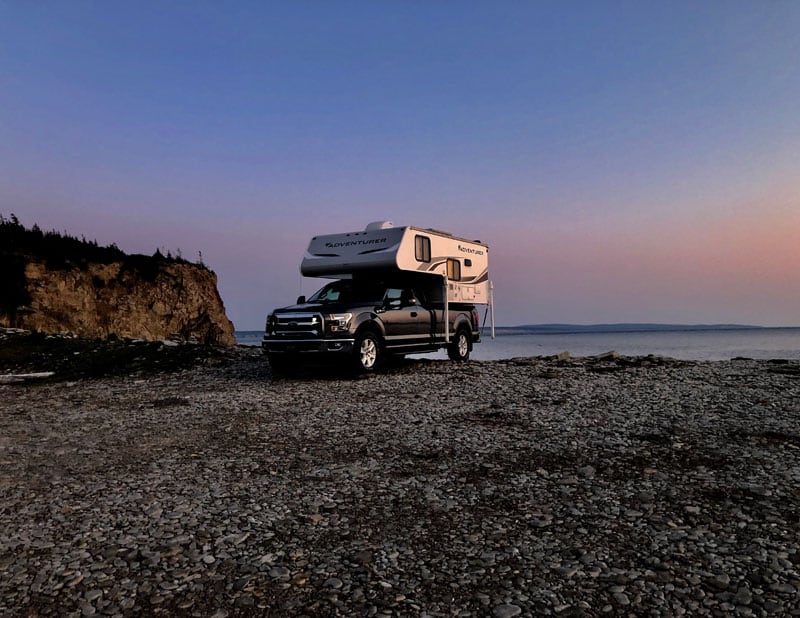 One of the many places we found along the road during our vacation. This place is called Cap Enragé. 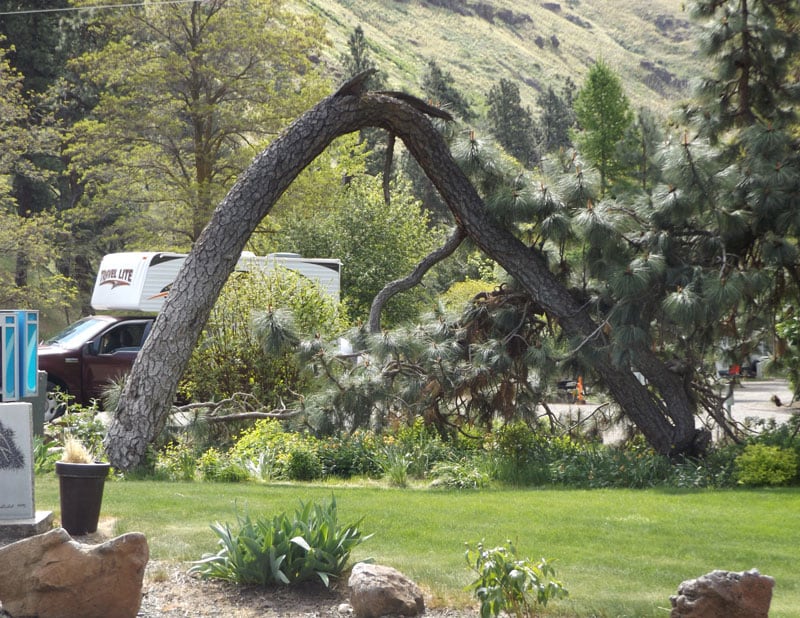 Here we are while boondocking in the beautiful high desert of the Tucannon River Valley in our home state of Washington. We came across this tortured tree in front of the Last Resort campground. I put the tree front and center because it’s all about the nature. The trucks and campers are our means to an end. Long live the outdoors! 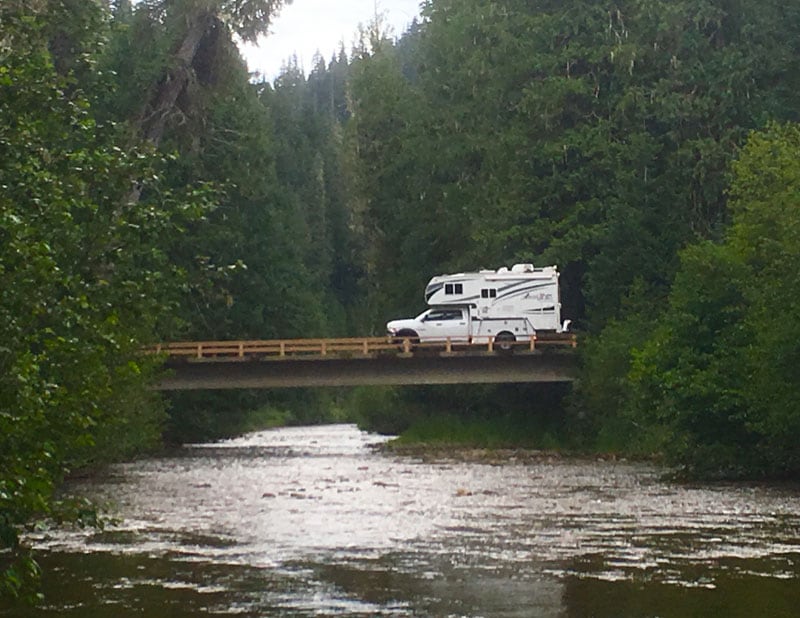 We are members of Escapees and met up with the Boondockers group in the Coeur D’Alene National Forest near Kingston, Idaho for a week.

Across the road was this beautiful creek where we walked over every day, sat on the rocks, rolled up our pant legs and dangled our feet in the cool mountain water.

Seeing the wooden bridge over the creek surrounded by beautiful trees could only mean one thing! A photo entry for TCM! 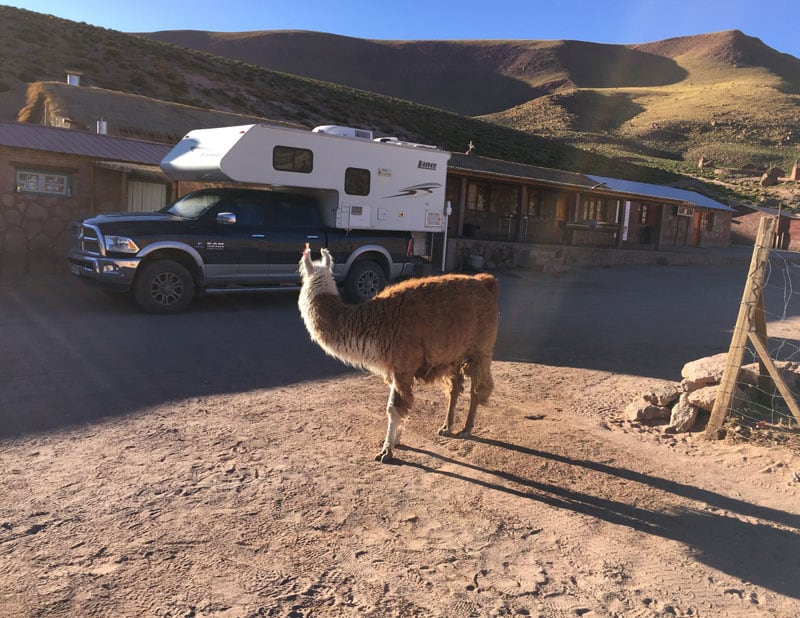 I was forced to camp in San Padró de Atacama due to the low temperatures at nights at 4200 meter height. It was – 20-degrees Celsius. 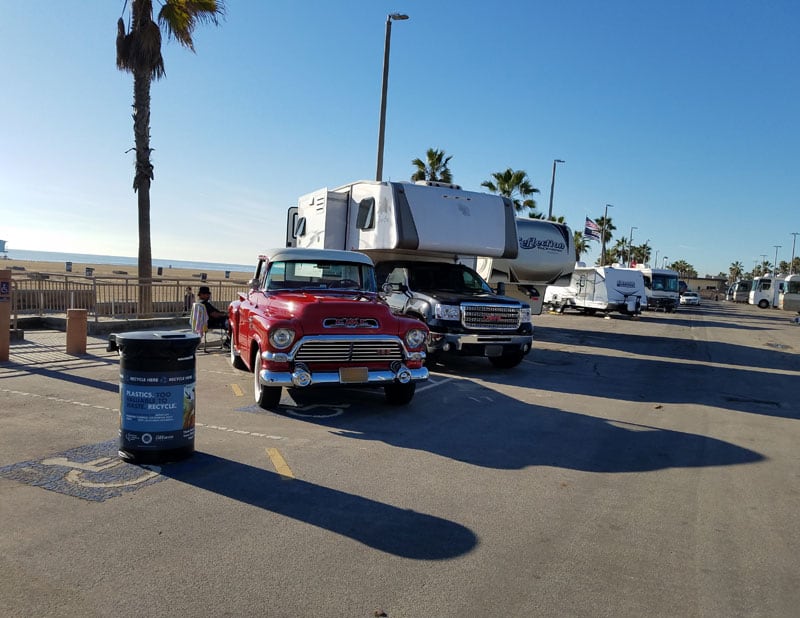 Glamping at Huntington Beach state beach campground along with my 1957 GMC. It was a nice autumn day. 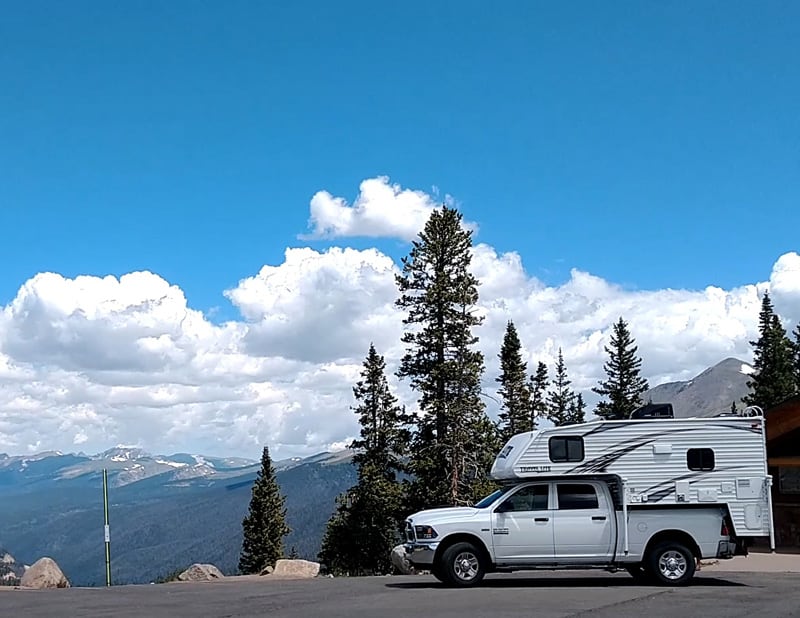 We spent much of July exploring the higher altitudes of Colorado searching in vain for cooler temperatures. This photo is an example at 11,000 feet of elevation and it was still an uncomfortable 88 degrees! The pass is located on Highway 40 nearly half way between Interstate 70 and Granby. 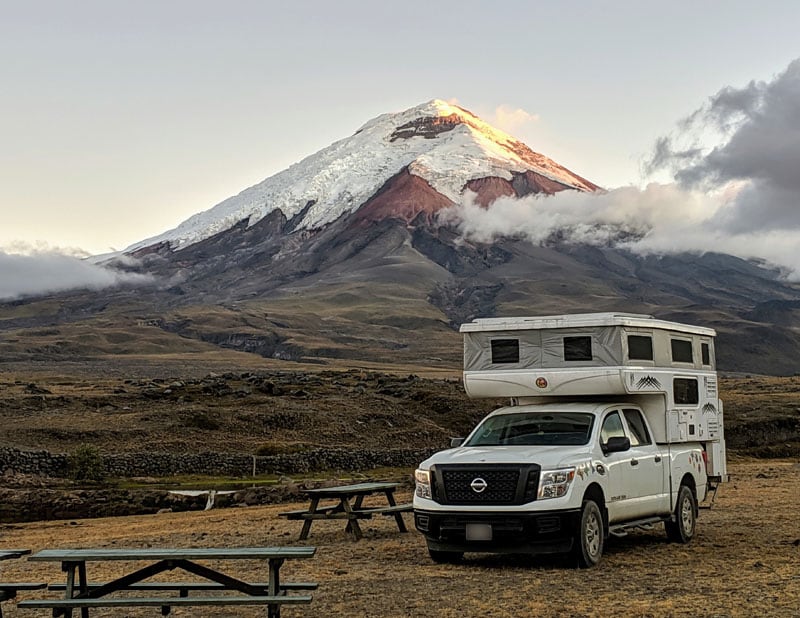 After being in a cloud cover most of the day, just before sunset, the Cotopaxi volcano exposed its full majestic view. 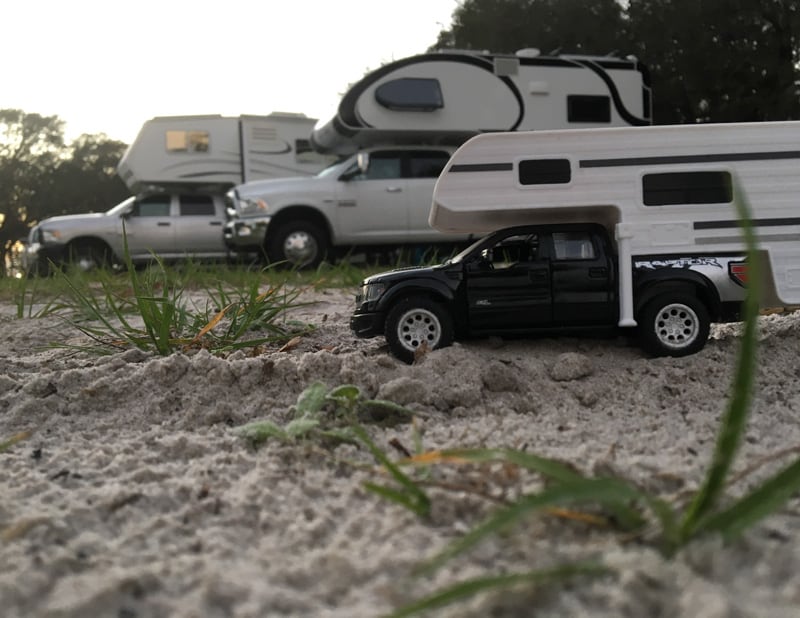 While staying at the Renninger’s Flea Market in Mount Dora, Florida this past winter, I tried for some unique shots of a toy truck camper with actual ones, hoping to make them seem the same size. 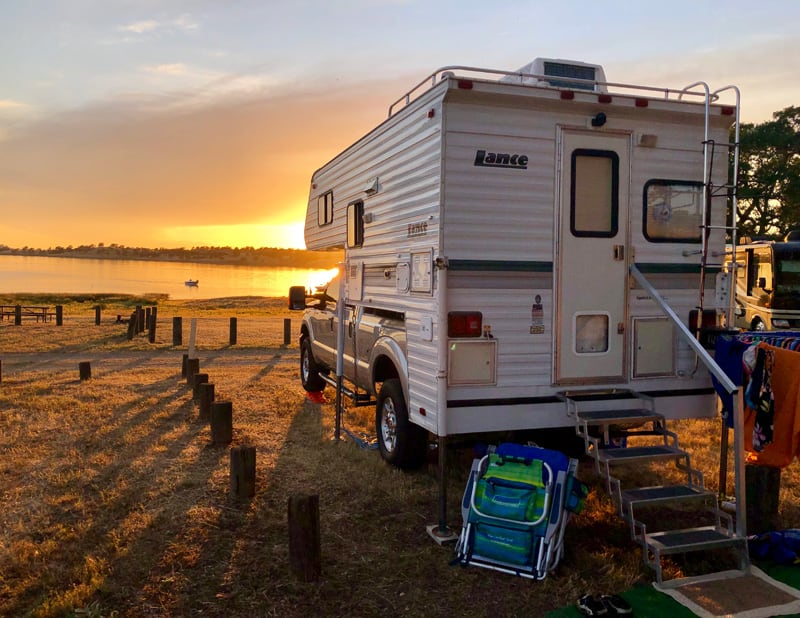