For Behind the Shot Part 7, we are featuring photos and stories from Grand Lake, Colorado, Yellowstone National Park, Kennedale Speedway Park, and many more! Click here to participate in the 2020 Truck Camper Magazine Calendar Contest and be considered for a Behind the Shot feature. 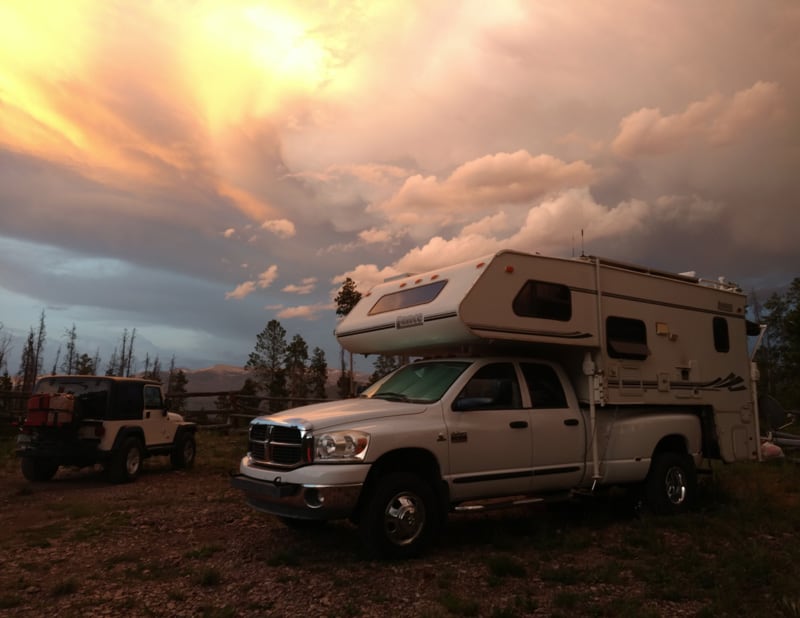 We were camped at one of our favorite boondocking sites. A storm was rolling in that evening creating very interesting clouds and lighting from the waning sunlight. I had to capture that image. 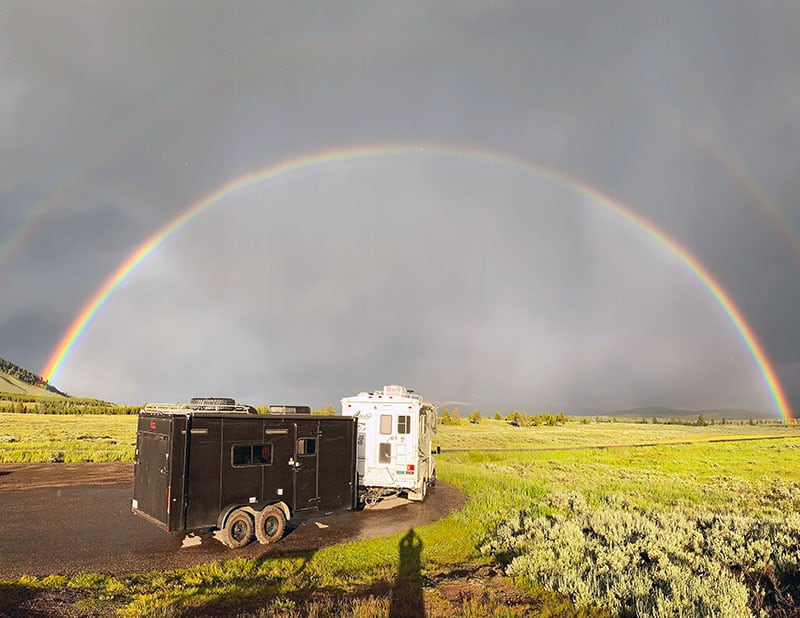 We were driving in Yellowstone looking for wildlife and saw a double rainbow. 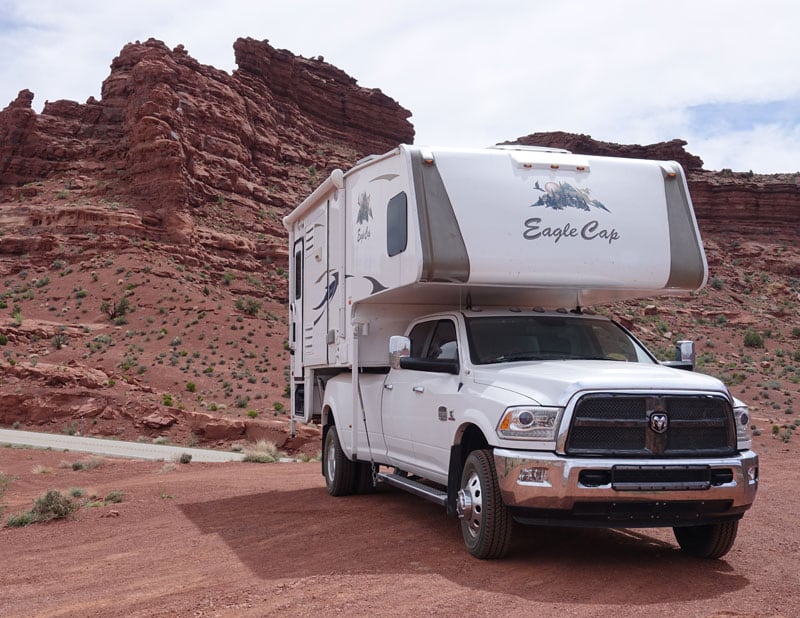 Monument Valley is not a valley at all, but rather a wide, flat landscape interrupted by colorful red buttes and spires rising hundreds of feet into the air. These are the last remnants of the sedimentary rock layers that once covered the entire region. It straddles the border of Arizona and Utah. In dozens of films stretching back almost a century, Monument Valley has stood as a symbol of the American West. 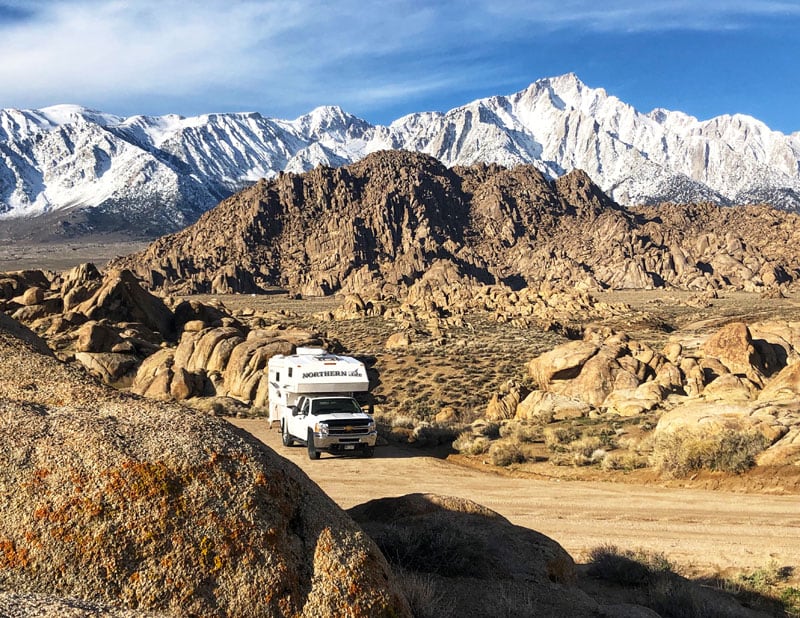 We stopped off for a couple of days here in the Eastern Sierras before spending some rainy days in Death Valley National Park. 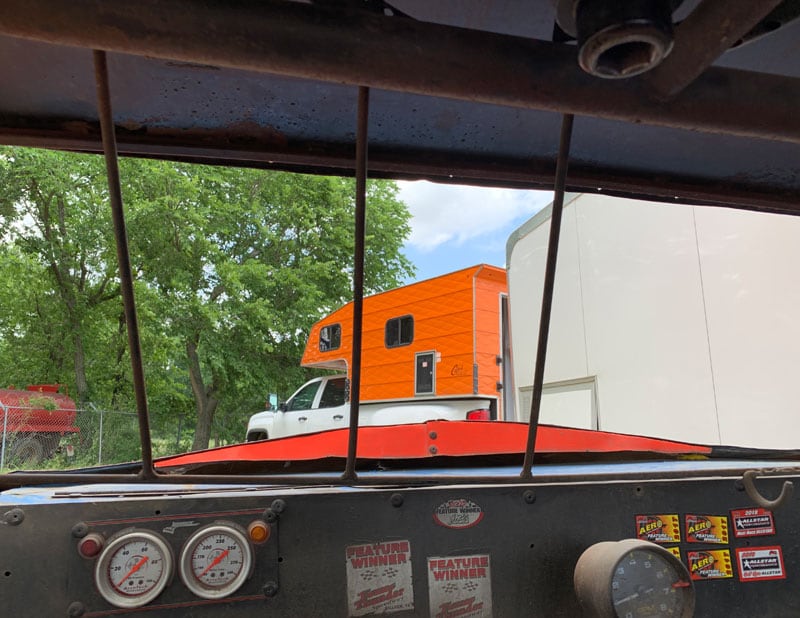 This was the first day of the IMCA Red River Modified Tour in May 2019. We had raced at Heart O’ Texas Speedway in Elm Mott, Texas the night before and had to check everything on the car before the races that night at Kennedale Speedway Park. I was sitting in the car while AJ worked on the brakes. In the Texas heat, we were able to go into our camper and cool off, which made everything so much better. 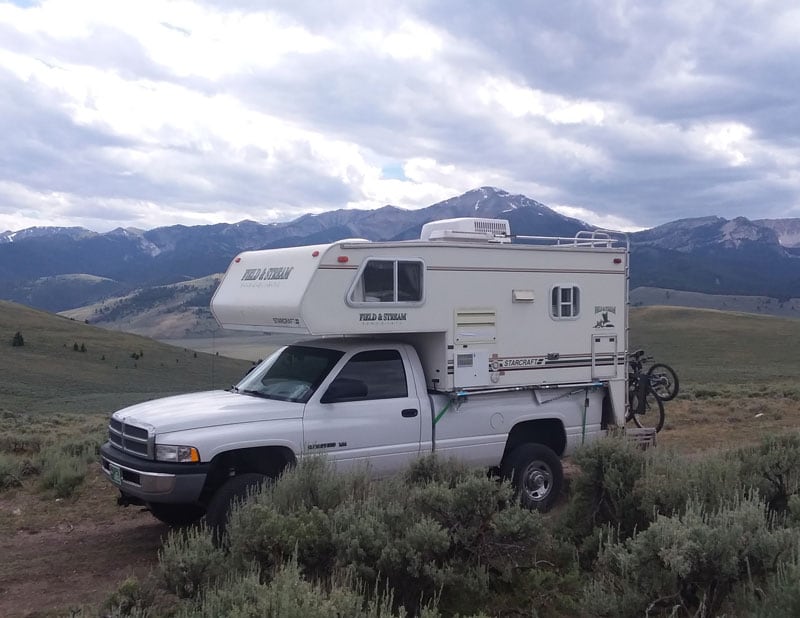 This photo was taken on BLM Land between Salmon, Idaho and Idaho Falls, Idaho at an elevation of 7500-feet. This was during July 2019 while my son and I were on our Great Summer Road Trip. We drove over 6000 miles and covered sixteen different states.