For Behind the Shot Part 10, we are featuring photos and stories from Malcolm Island, Boyd’s Campground, Portage Lake, and many more!  Click here to participate in the 2020 Truck Camper Magazine Calendar Contest. 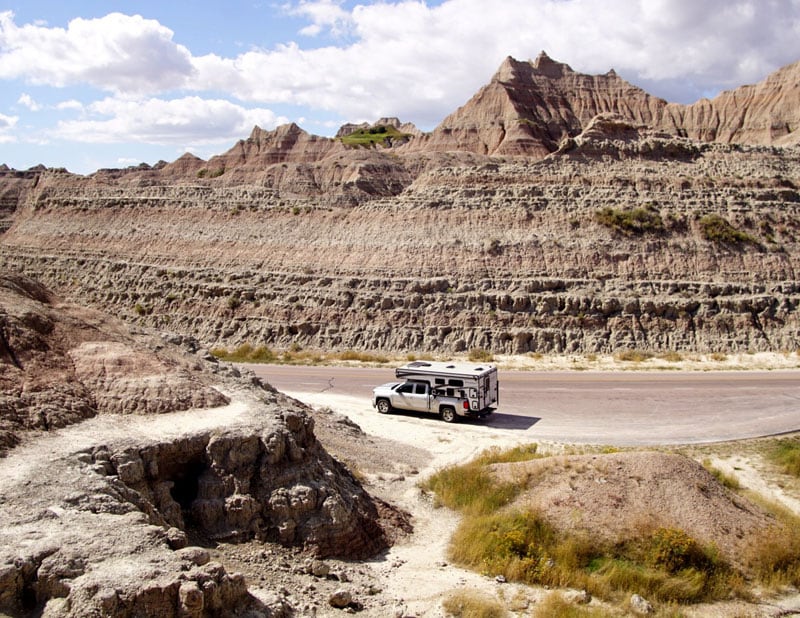 We took a road trip on September 21, 2019 to celebrate our 30th wedding anniversary with our new camper. 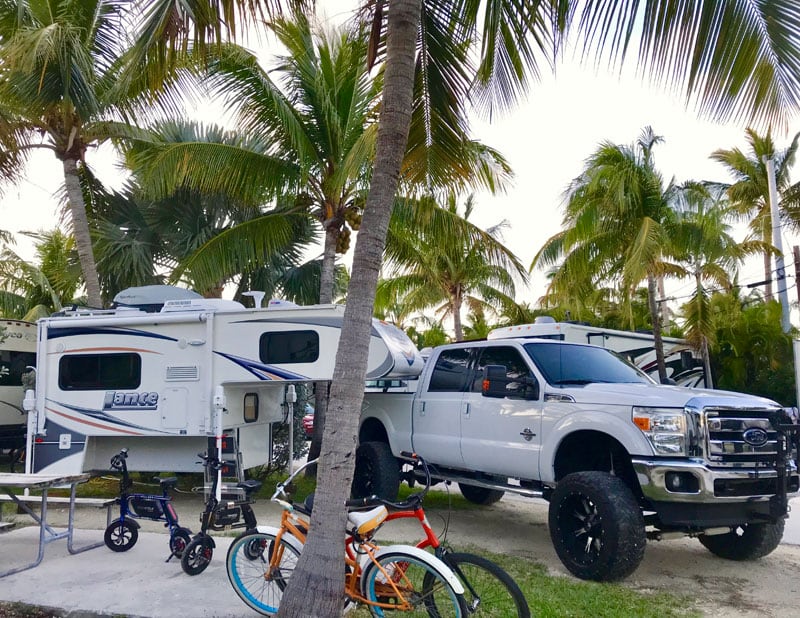 Our summer trip to Florida Keys started with five days at Boyd’s Campground on Stock island. It is only a bike ride away from the Key West downtown district. While taking some aerial footage with the DJI Mavic I snapped this picture of our home for the week.

Boyd’s is a really nice professional campground and I would recommend it to any type of camper interested in going to Key West. Part two of the trip was five more days north at Key Largo campground. Being on the water and towing our boat with us on the trip was is the #1 reason we have a truck camper! 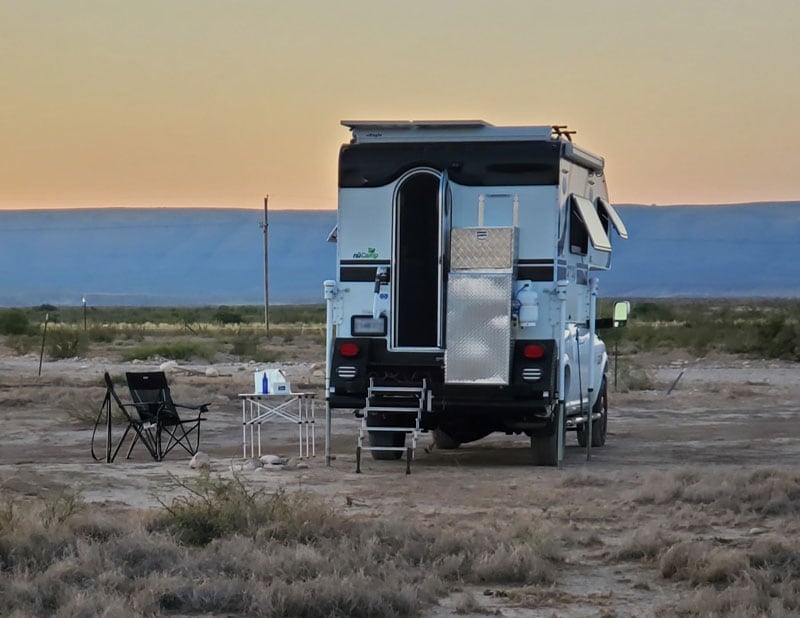 This was taken as we dry camped on some BLM land for the night as we were making our way down to Guadalupe National Park. There was an extraordinary sunset at this location; about a mile off of the Highway-180/62. 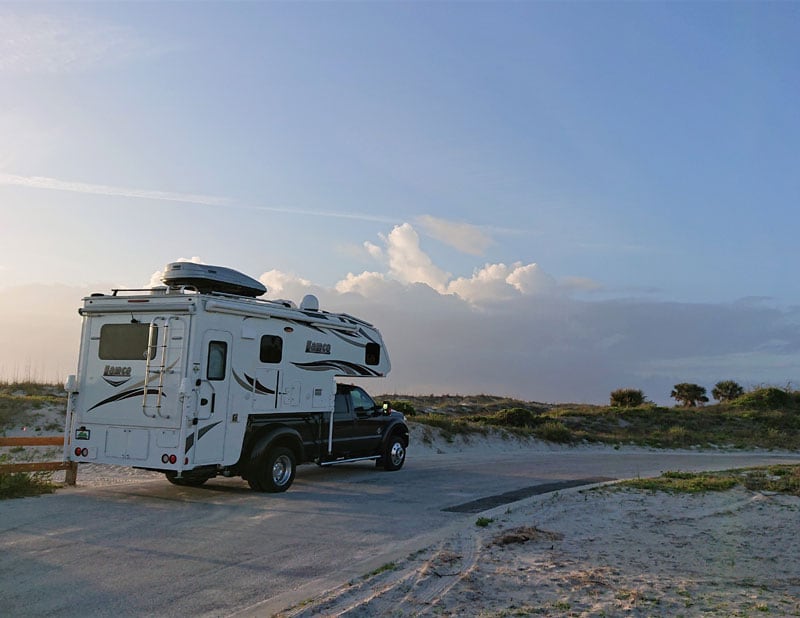 We took this picture just before we left Florida this spring after six weeks of being there. 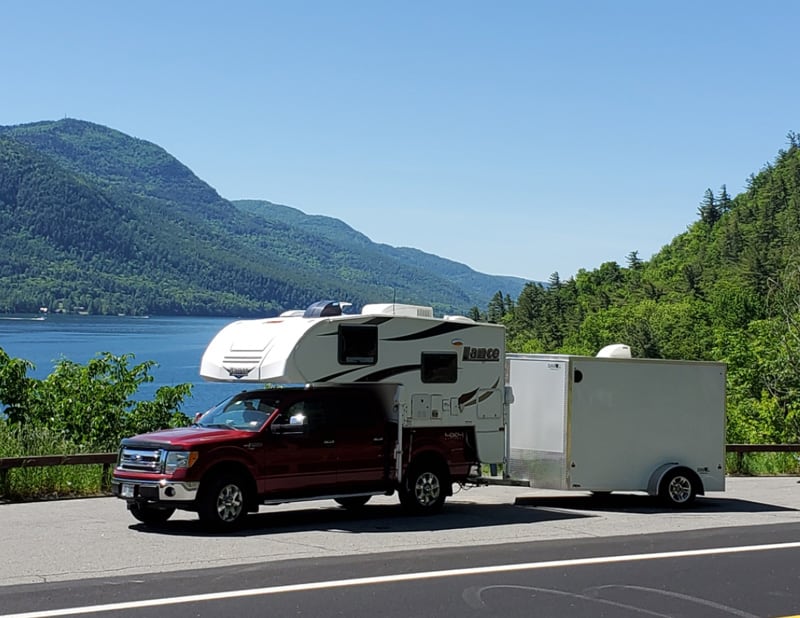 I went to a Americade motorcycle rally in Lake George, New York. 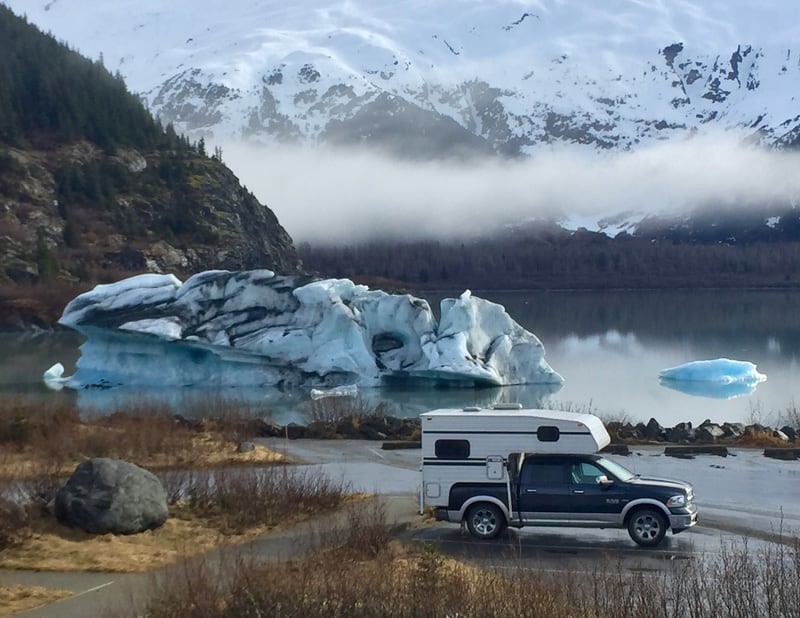 Normally we would walk across the frozen Portage Lake back to the Portage Glacier this time of year. Not so much in 2019. 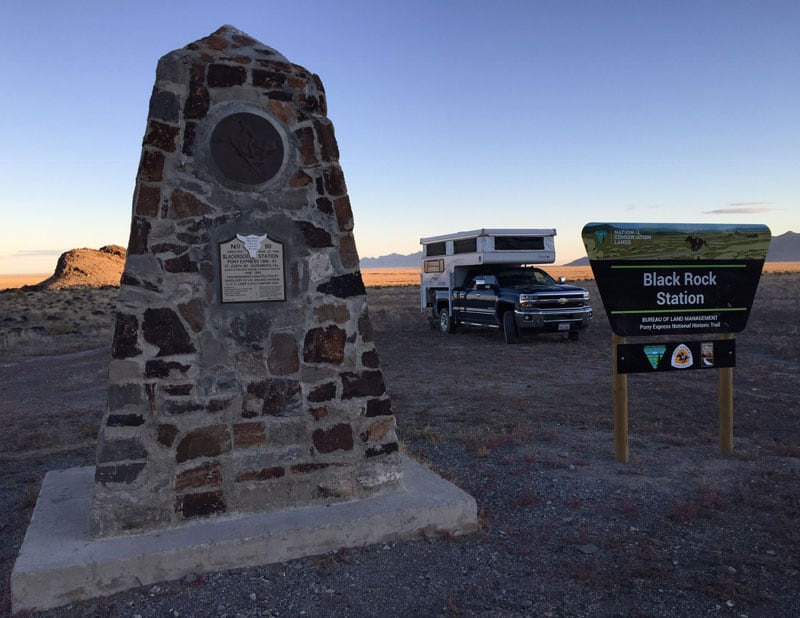 We were spending a few days exploring the Lincoln Highway section from our home in California to Salt Lake City, Utah.

We usually try to find a place to set up for the night before dark, but on this day we had just crossed the southern margin of the Great Salt Lake desert and entered the Fish Springs Refuge at dusk. We were not sure it was okay to camp in the refuge so we continued another ten miles to the northern boundary.

In the meantime, it had turned pitch dark, when we came upon a Pony Express marker with some graded area behind that looked like a good spot to pull off the road and spend the night.

After enjoying a beautiful star display in the moonless sky, the cold drove us in for the night. Morning came fast and I was curious what our surroundings were going to look like in the light of morning.

These pictures shows our view to the west. The southern area of the Salt Lake desert being lit by the sunrise at our back. Beauty all around us an a great start to the day. We really loved the vastness and solitude of this area. 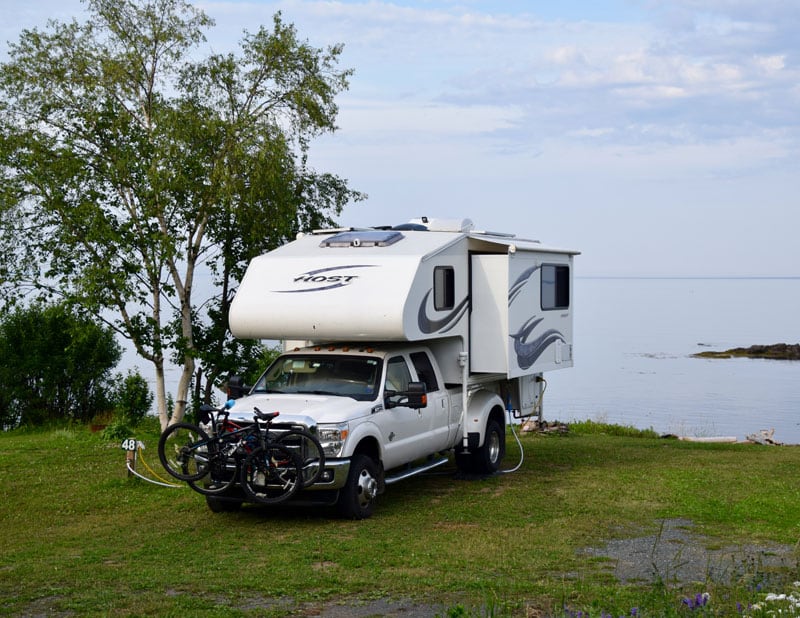 We went on a 2019 Newfoundland tour with our grandkids. 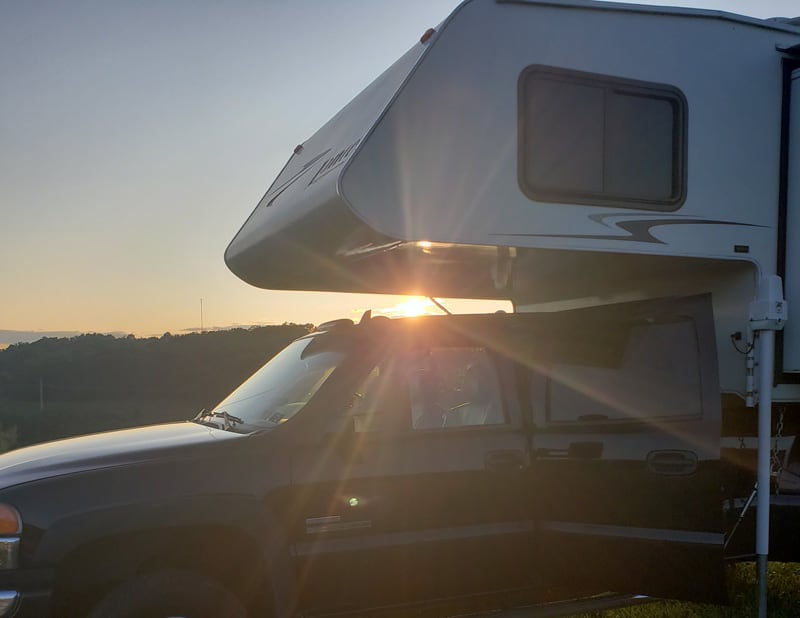 As I’m always up way before the other four in the family, I caught the sun glimpsing between the cabover. 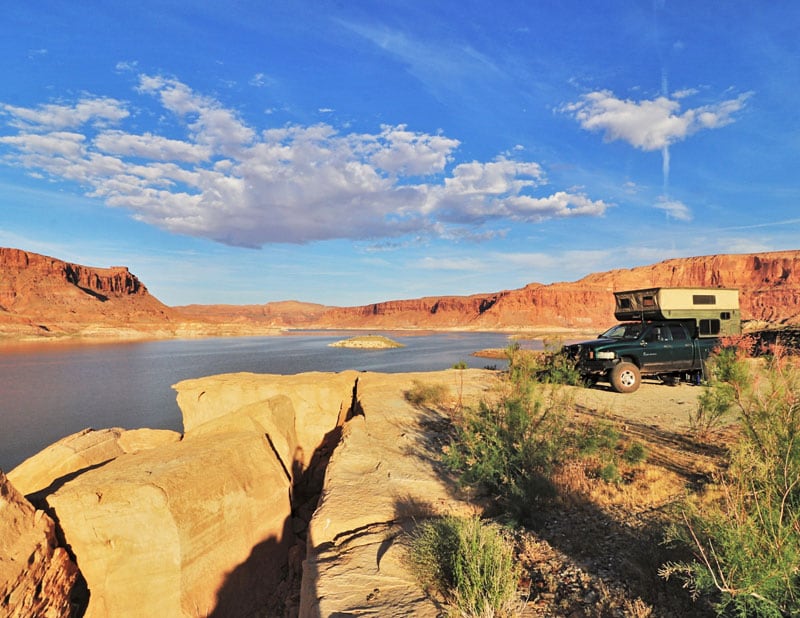 In June 2019, while wandering southeast Utah, I visited a favorite 4×4 accessible area of Lake Powell. It was a nice bay with good kayaking and an island a quarter mile off shore to visit. I spent two days relaxing here. It’s about eighteen miles of dirt road with a 4×4 accent to get away from the highway. Then, there’s one more steep steep hill to get up and over requiring four wheel drive low, to get to my spot. 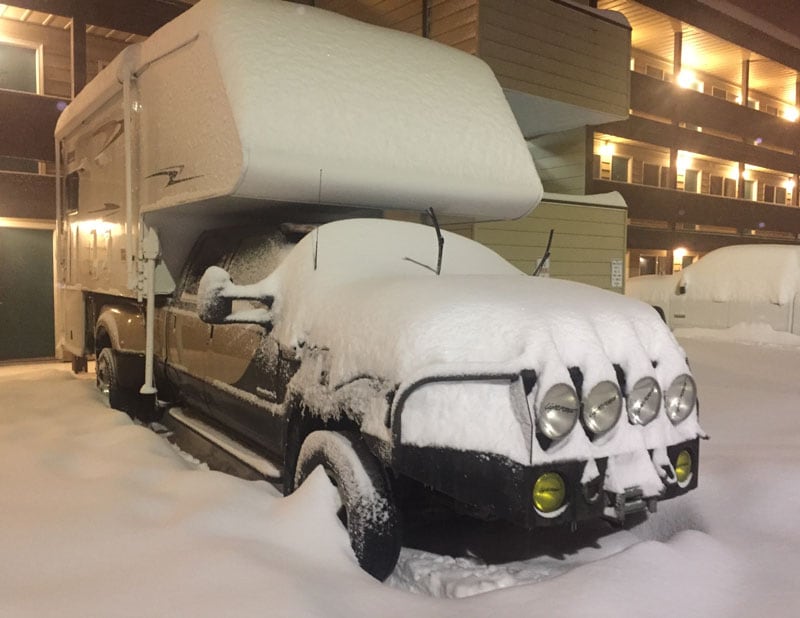 We ended up getting three more feet of snow after the shot was taken. The truck will push through a tremendous amount of snow with the weight of the camper on the back. 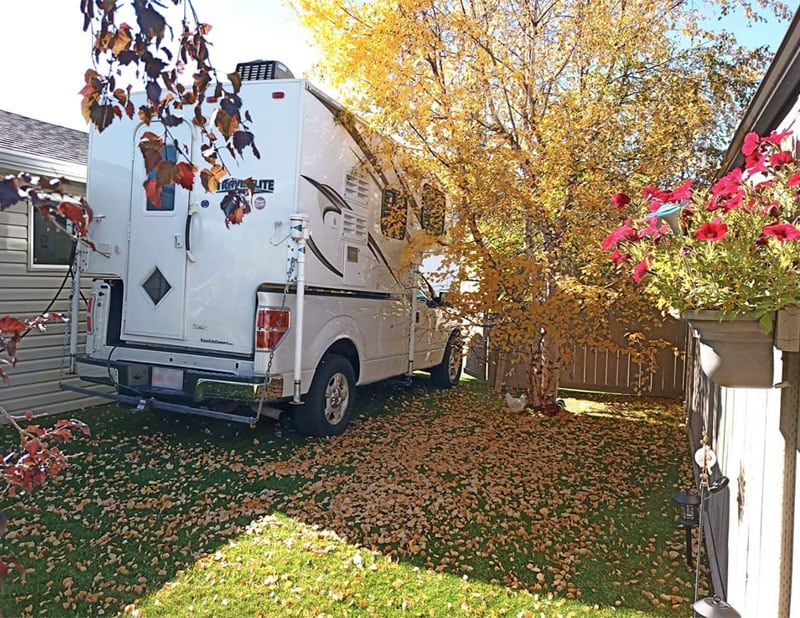 My wife told me I needed time away, so I did…in my backyard. 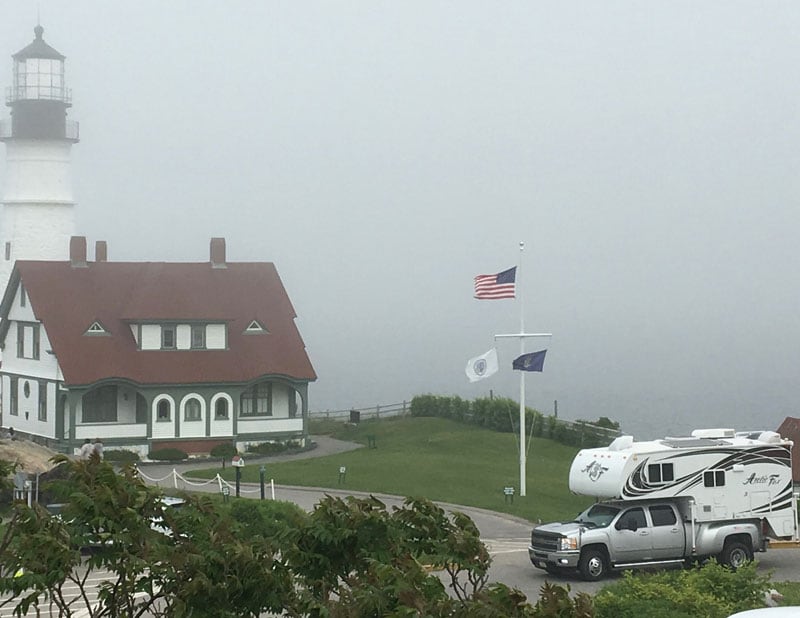 Portland Head was about five miles from our old home, so while we were in the area visiting friends, we decided to drive over for a quick visit. Normally we’d visit on a crystal clear day and see the ocean behind the light, but this day was foggy which emphasizes the purpose behind lighthouses. 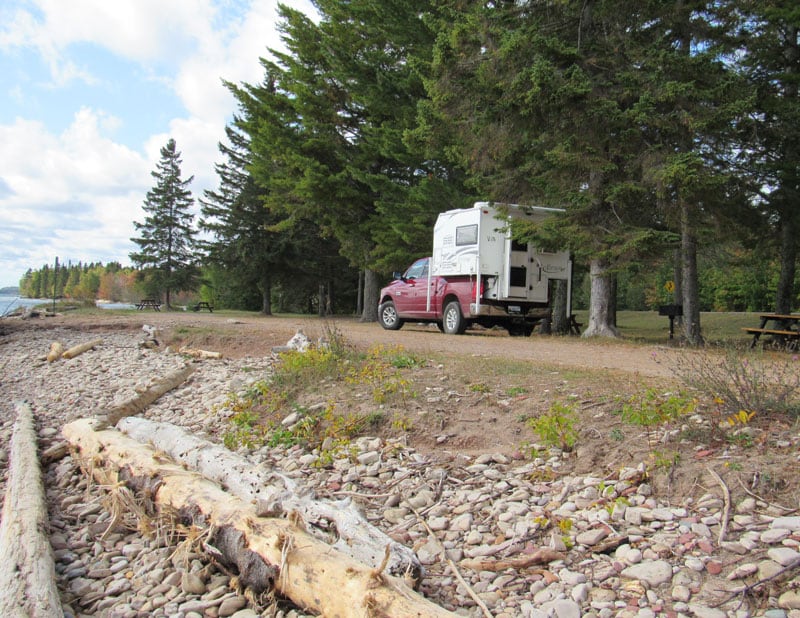 This photo was taken at a roadside park next to Lake Superior in Keweenaw County in Michigan’s Upper Peninsula. I was in route to Fort Wilkins State Park near Copper Harbor. The roadside park is between the town of Gay and Point Isabelle. The photo was taken the last week of September 2019. 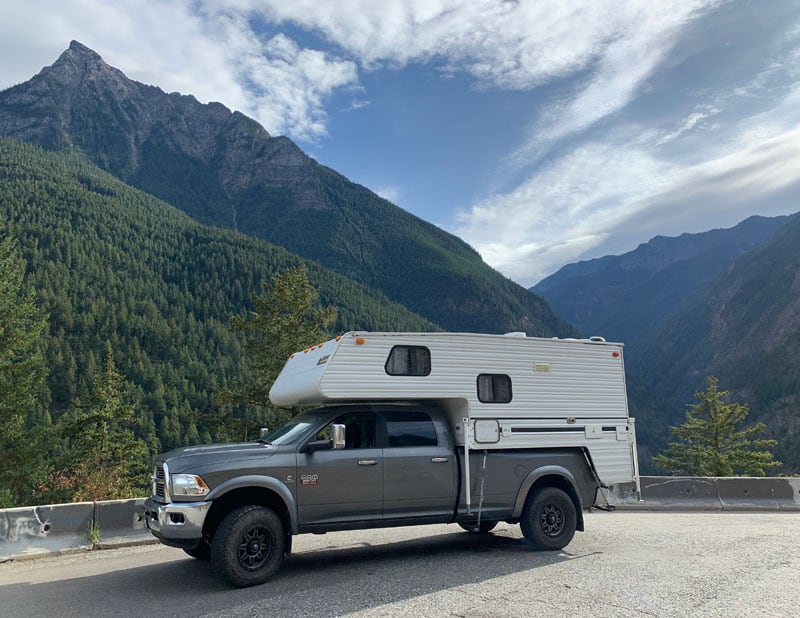 I went over this pass out of Lillooet, British Columbia. The views were absolutely amazing! 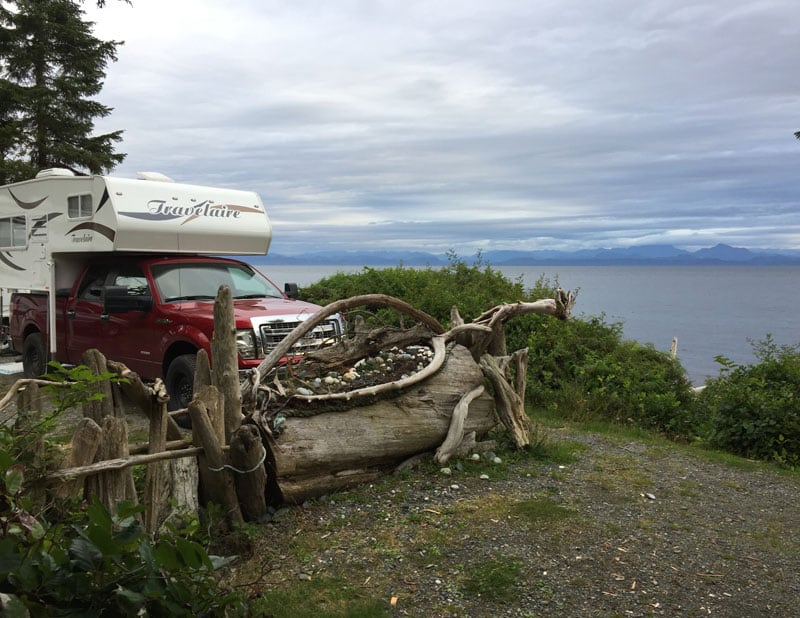 With dense Lord of the Rings worthy forest trails and beautiful driftwood strewn beaches looking out on Queen Charlotte Strait, Malcolm Island was one of the highlights of our three week exploration of Vancouver Island.