For Behind the Shot Part 8, we are featuring photos and stories from Montana BLM, Yellowstone National Park, Blue Hole, Arkansas and more! 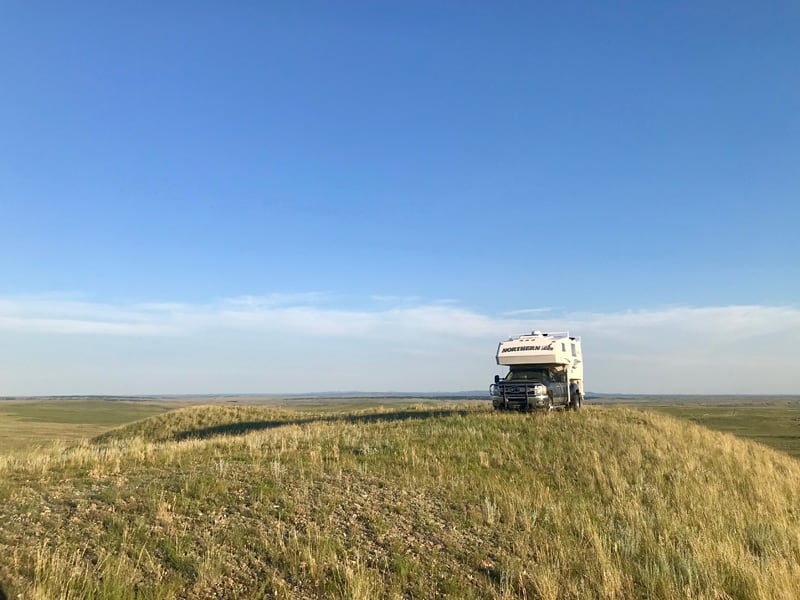 This general neighborhood is large area of mostly private land open to hunting in the fall as a block management area.  Somewhere along the way, I discovered that this fine high vantage point is BLM land.

We’ve camped here several times over the years.  It’s only a few miles from a significant highway, but it’s not unusual to spend a weekend here and see no sign of any human except two or three distant ranch lights. 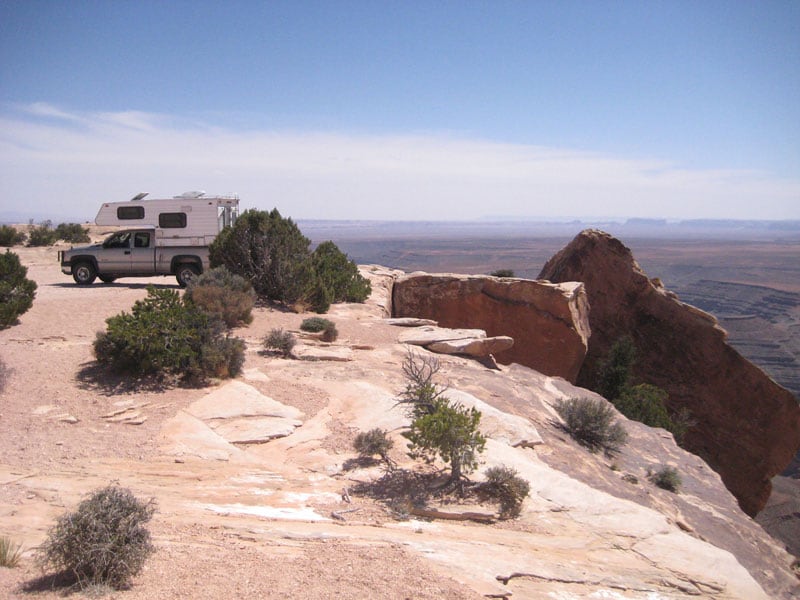 We ended up camping at Muley Point, south of Moab, on April 11, 2018.  That night the wind picked up and blew so hard we thought the whole rig was going over the cliff, which was only 10 to 15 feet away.  It got so bad that we moved about 12:30am looking for a sheltered spot to sit out the night.

We had 160,000 miles on this rig at the time and had never been through wind like we experienced that night.  Muley Point was a cool place to camp, but we’ll check the weather before we go back. 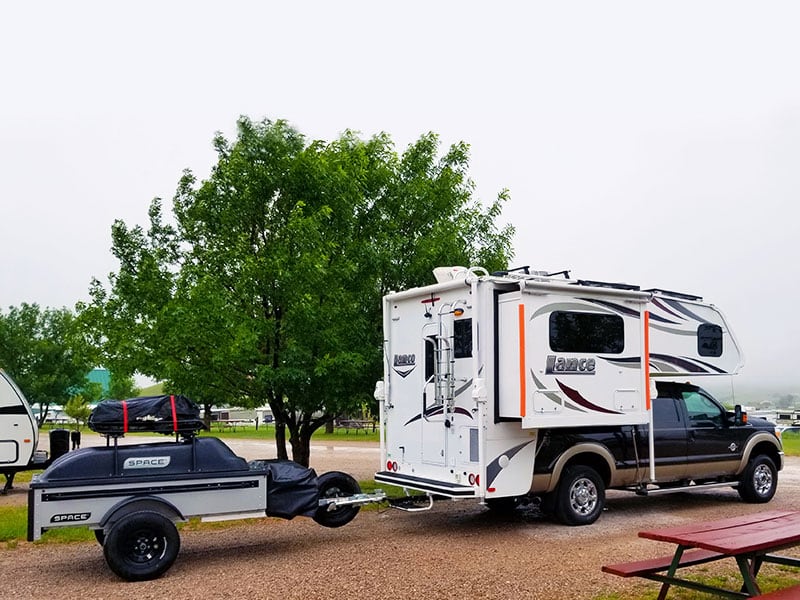 This was a overnight stay just inside of Wyoming on our way to Devil’s Tower. 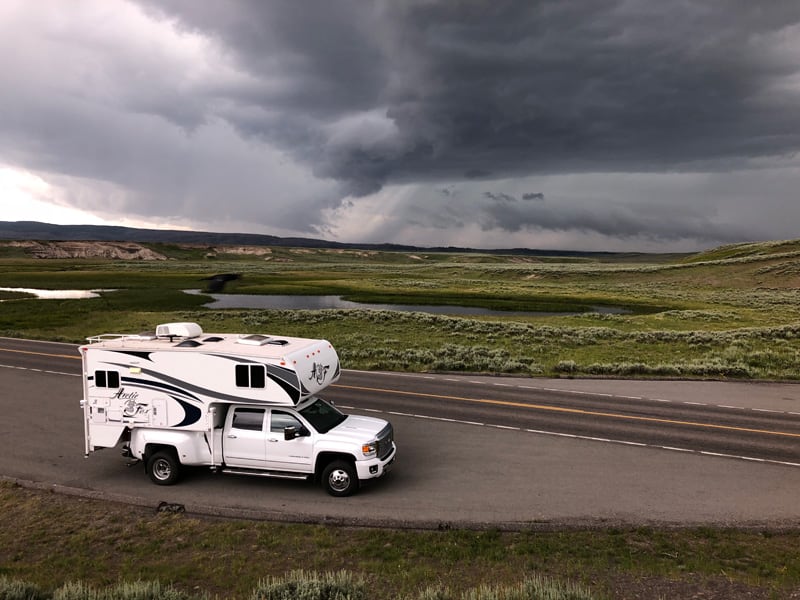 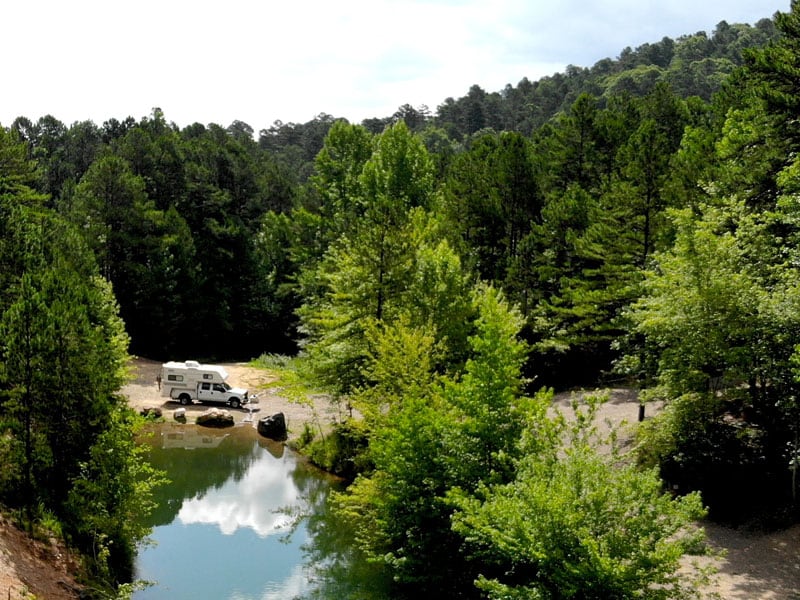 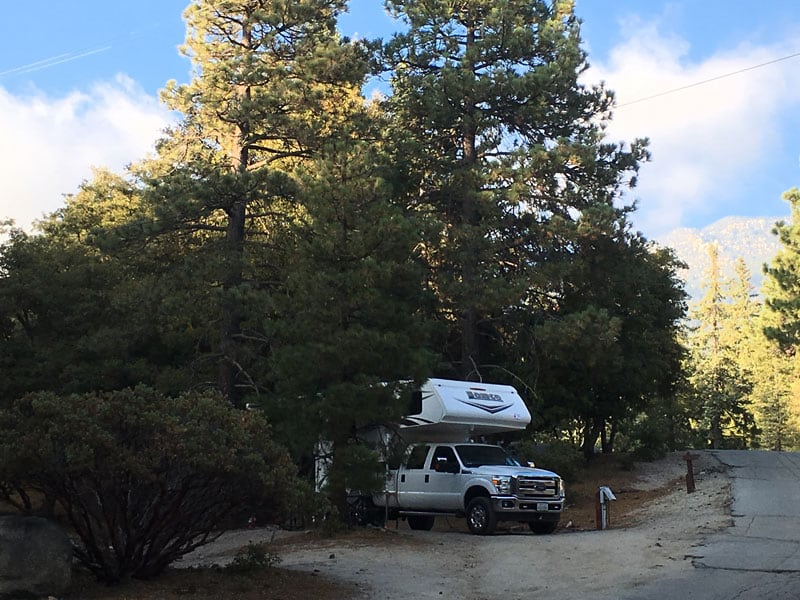 This is the first time ever that we camped in an actual campground!  We were lucky to get a spot at Thousand Trails, Idyllwild, in the middle of summer.  Being the middle of summer, the electrical hook up meant air conditioning all day long!  The weather was perfect.  We were walking back from the store with some supplies (a can opener is a must!).  At least I had my phone on me!