For Behind the Shot Part 5, we are featuring photos and stories from Sandy Neck Beach in Massachusetts, Lake Topaz in Nevada, the Burr Trail in Utah, and many more! 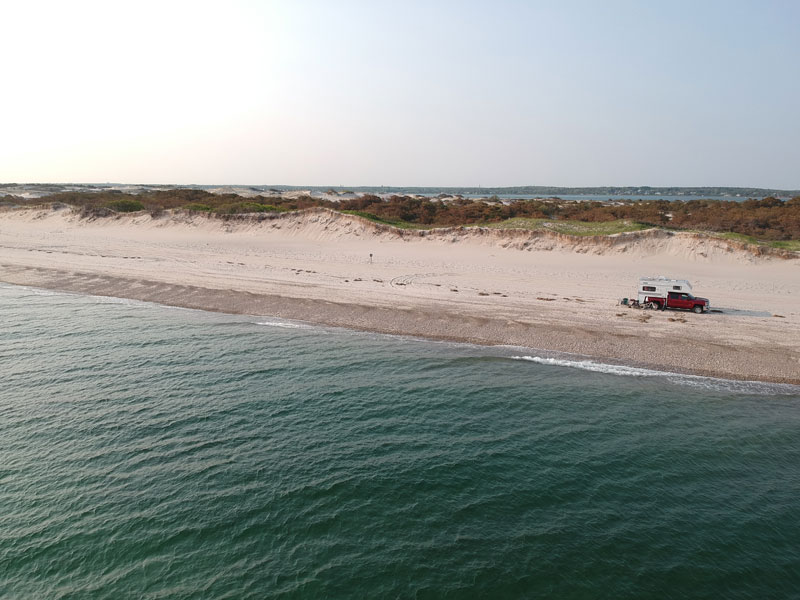 Waking up to the sounds of the ocean has been on our bucket list for sometime now.  We where finally able to live our dream May of this year.  Beach is dog friendly as long as they are leashed. 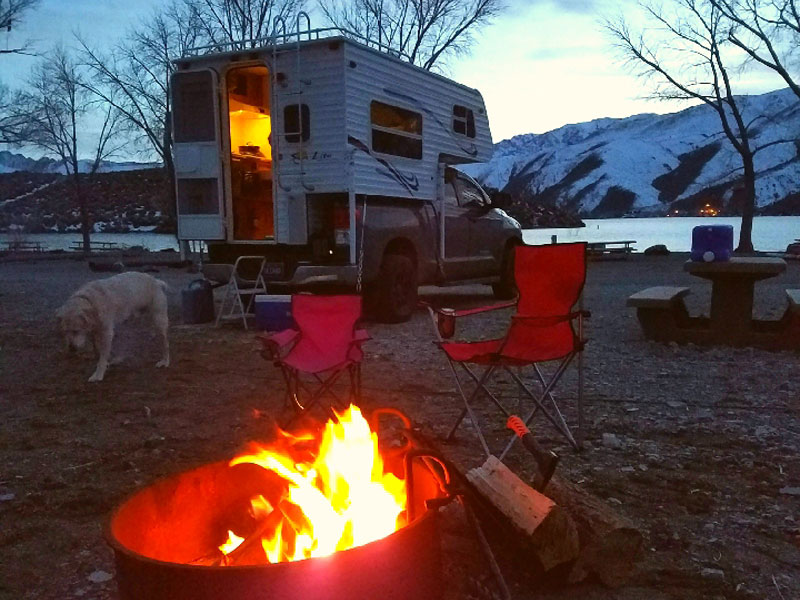 This was our first night in our new to us camper.  Twenty miles from home you can still find adventure; two adults, a four year old, a three month old, and a nine year old yellow Lab!  Our inaugural night was a success.  We are hooked. 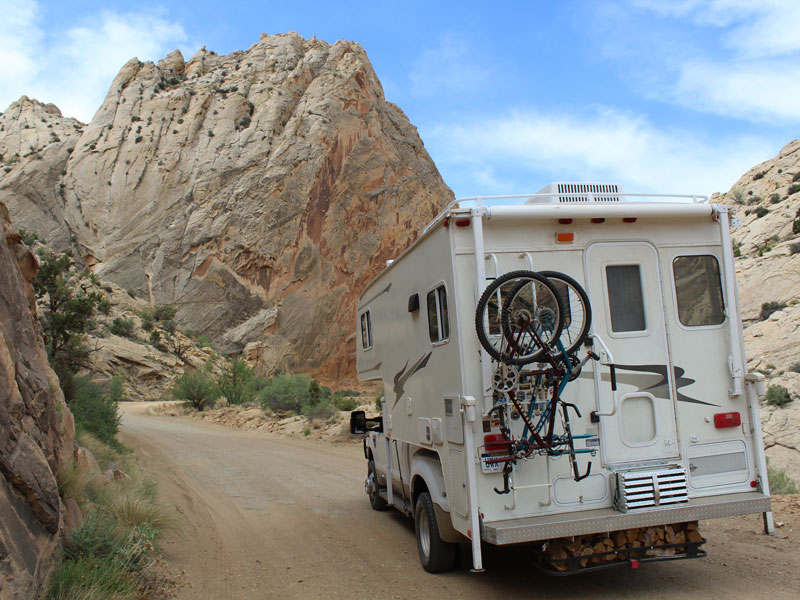 We spent the entire month of May 2018 exploring Utah’s Grand Circle, its natural beauty and incredible geology.  In all we logged 3,500 miles with about 800 of those on back roads, forest roads and 4×4 trails where we found so many great dry campsites on the road less traveled.

This picture marked one of the highlights as we made our way up the Burr Trail Switchbacks.  It was quite a workout for our rig with a near 5,000 pound backpack.  Oh so worth it! 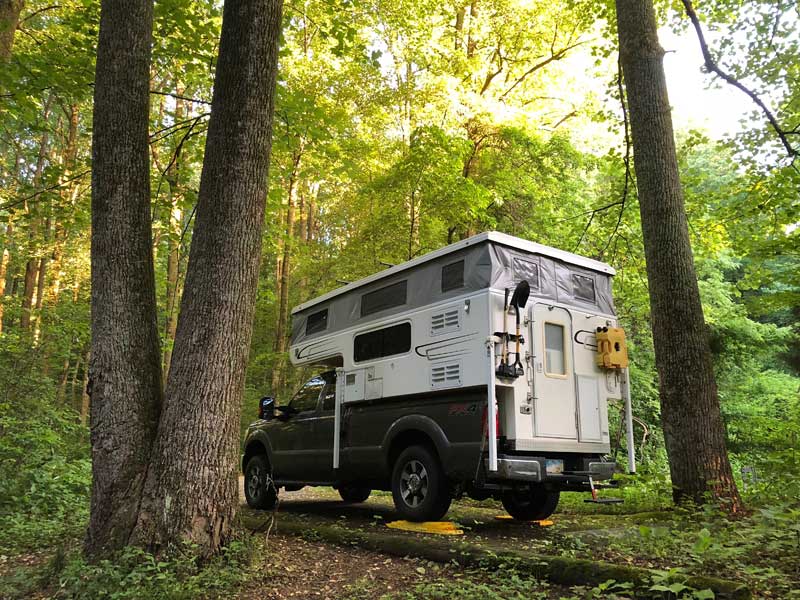 This is the first campsite in peaceful Owens Creek Campground about an hour after sunrise.  This park and campground is operated by the National Park Service.  Maximum length is 22-feet and reservations are required.

I had stopped to fish for trout in the catch-and-release section of Big Hunting Creek for a couple days while on my way to a meeting of the National Wildlife Federation in Chantilly, Virginia.  Along with a wide variety of fish and wildlife, this park is also home to the presidential retreat, Camp David.

From Roosevelt and Churchill, to Eisenhower and Khrushchev, to Carter, Sadat, and Begin, to Bush and Putin, all the presidents since 1942 have relaxed (and worked) here.  Once you’ve visited, its easy to see why.  But, be advised, when the President is in the residence, the one and only road through the park can be closed for security. 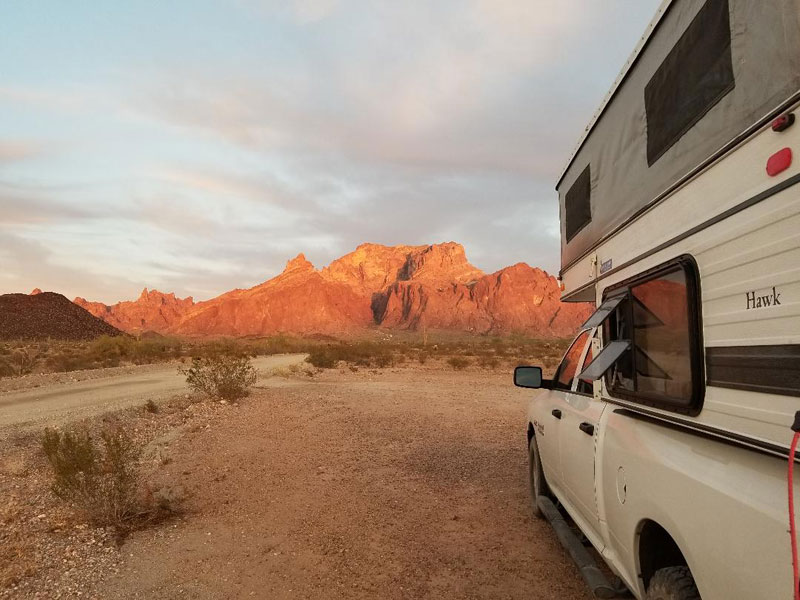 In 2007 when my husband and I had first gotten together, he introduced me to Palm Canyon in the Kofa Mountains near Quartzsite, Arizona.  He loved Quartzsite but had never ventured out to this beautiful site off the 95 on the way to Yuma, AZ.  We fell in love with the place and make yearly visits with our dogs to camp and fall in love with it and each other all over again. 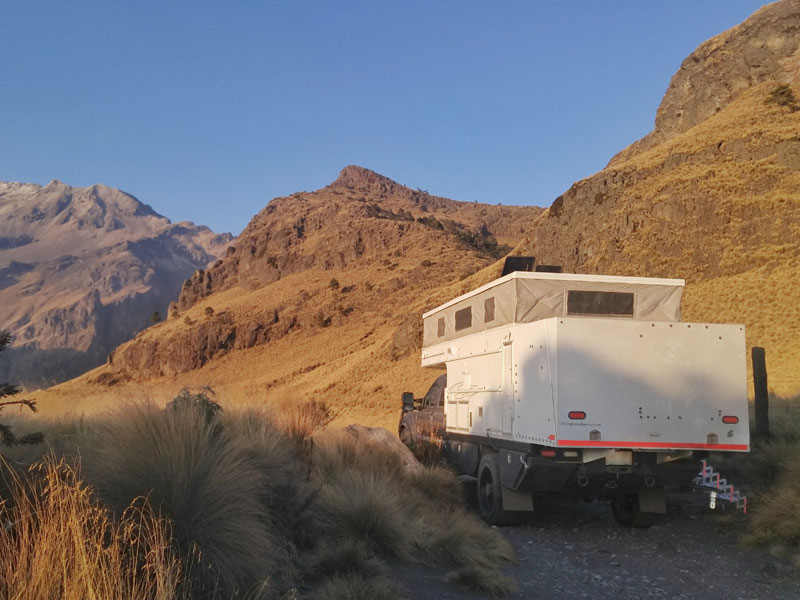 Our highest camping spot ever with an elevation of over 13,000 feet.  It was breathtaking – literally! 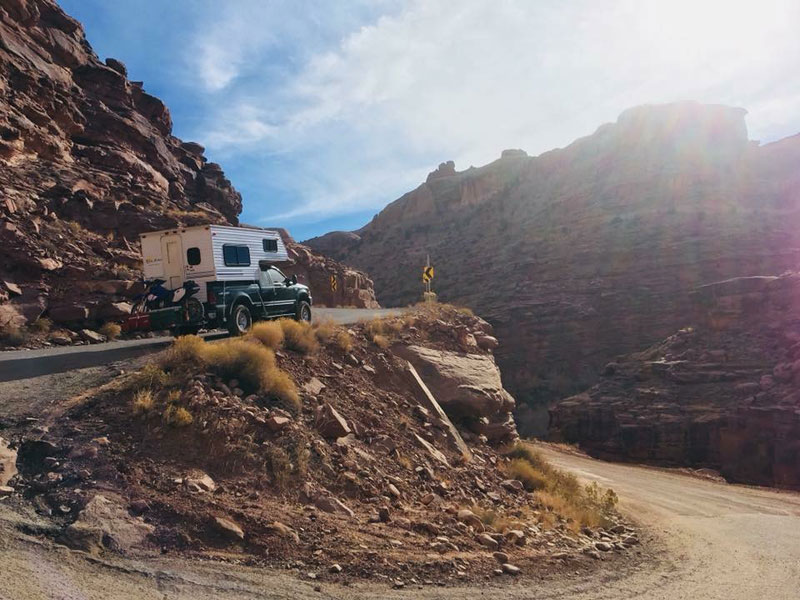 This was during my first trip ever to Moab.  We were driving around aimlessly looking for the best boondocking possible.  We came upon this snake-like downward road that blew our minds.  I quickly put the truck in park and ran behind me to get the best shot possible. 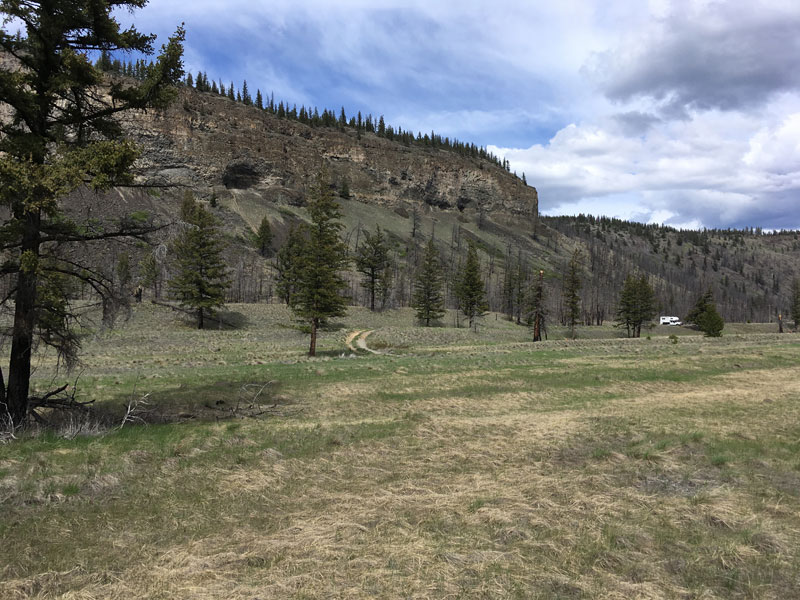 My wife Lori and I often find ourselves camping out of season.  In British Columbia there are not many campgrounds open before the May long weekend, unless you are down south in warmer climates.

We were on our way home from a dental appointment in the big city.  The Provincial campground at Bull Canyon was not open yet, and we found this road that just headed off the highway.  It was worthy of exploring.

It turned out to be such a pretty spot and had a river right next to it.  No one else was around, so it was the perfect place to camp.  While out stretching our legs, I started taking shots in the evening light and managed to get our camper in one of them.

This area is part of the Chilcotin Plateau.  It runs west from Williams Lake towards Bella Coola on the ocean.  There are a number of rustic camping areas.  They are referred to as recreational sites.

Often you are the only person there and they are free, at least in this area.  If you don’t mind boondocking, there are all kinds of great little hideaways to camp in.  There is no cell phone service in this part of the country, and not a lot people either, but that’s part of what makes it special.  Be good. 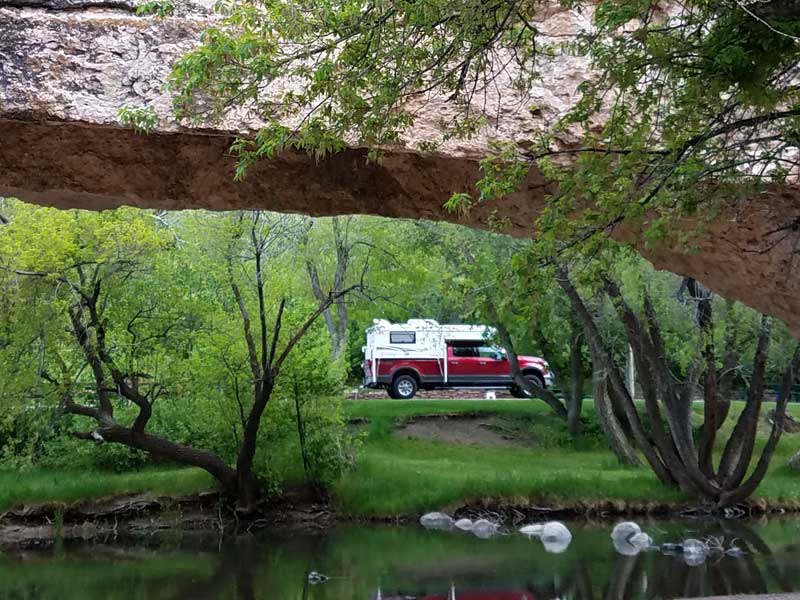 We were steaming east in Wyoming and saw the sign for the Ayers Natural Bridge.  Nothing was visible from the interstate, but after five miles on dirt roads the jewel was exposed!  What a beautiful site.  It was the perfect place for a picnic and a nap.