For Behind the Shot Part 4, we are featuring photos and stories from Mammoth Lakes in California, Theodore Roosevelt National Park in North Dakota, Kamloops Lake in British Columbia, and many more! 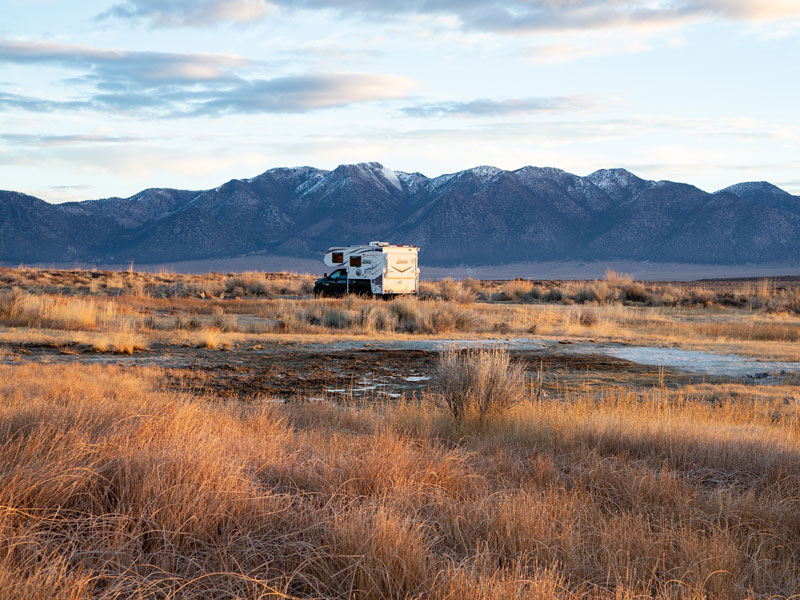 Boondocking on BLM land was a first for my girlfriend.  Sleeping in our truck camper was a first as well and she was smitten!  She didn’t know we could establish camp wherever we wanted on public land, be so comfortable in a truck camper, and set up so easy and quick!  After that trip, she decided to convince her family to rent one so both our families can go a trip together. 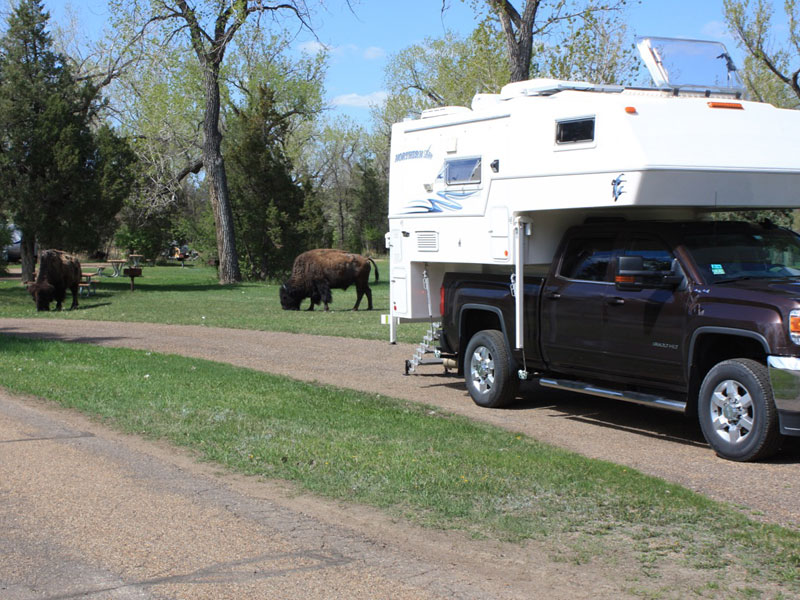 We traveled to North Dakota near the end of our three month winter trip. This was our 48th state.  We stayed two nights at the southern unit and traveled to the northern unit’s Juniper Campground.  These Big Boy Bison were in the campground all day.  It was amazing to be that close. 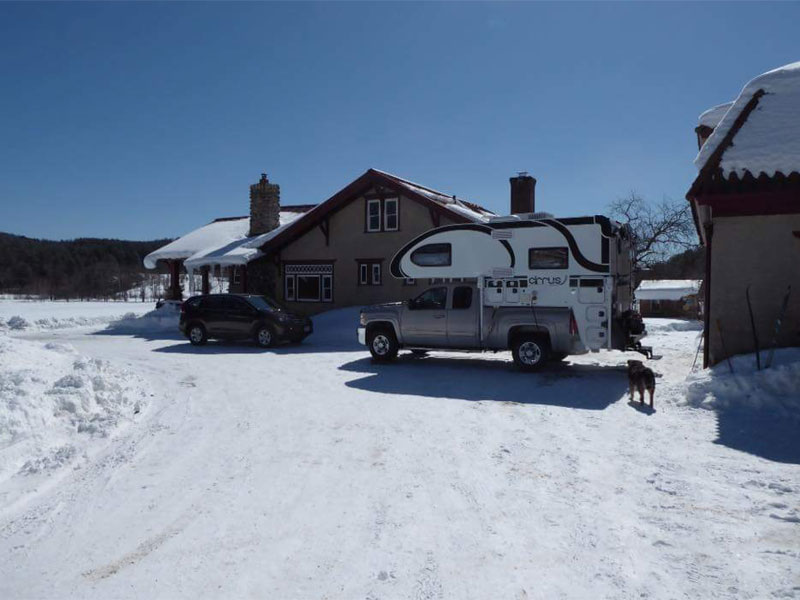 We were driveway camping at my aunt’s house so that we could join a family ski time at Okemo Mountain.  It was -15 degrees Saturday night, and we were plenty toasty. 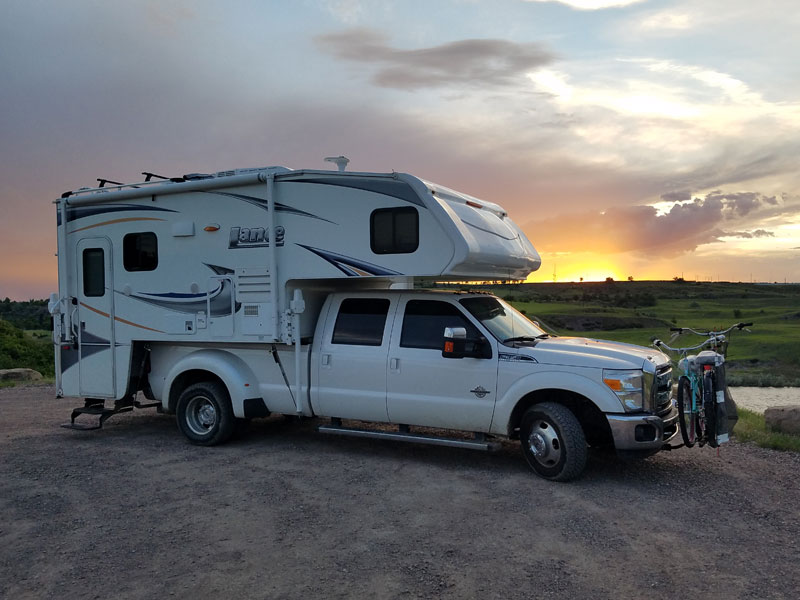 We just arrived in Great Falls and stopped at this pull-off to enjoy dinner.  The sun was setting just as we finished, so I grabbed this picture. 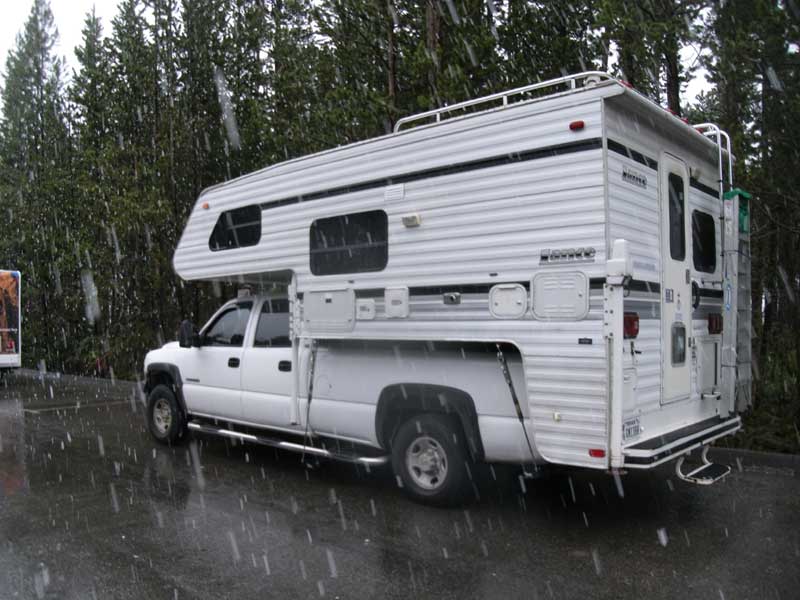 We were visiting Yellowstone National Park when we ran into a snow storm while visiting Norris Geyser Basin on June 1, 2018.  We were nice and cozy in the camper waiting for the snow to stop. 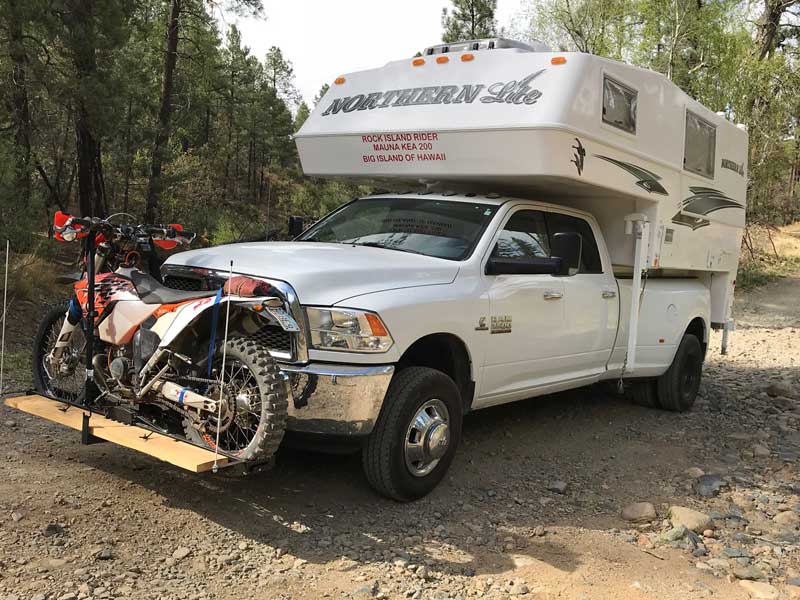 I am 77 years old and a solo full-time on the road RVer.  I was out looking for nasty gnarly challenging off-road mountain trails.  I ride and race local extreme endurance events throughout the USA.  Life is short.  Pitch it sideways wherever you can. 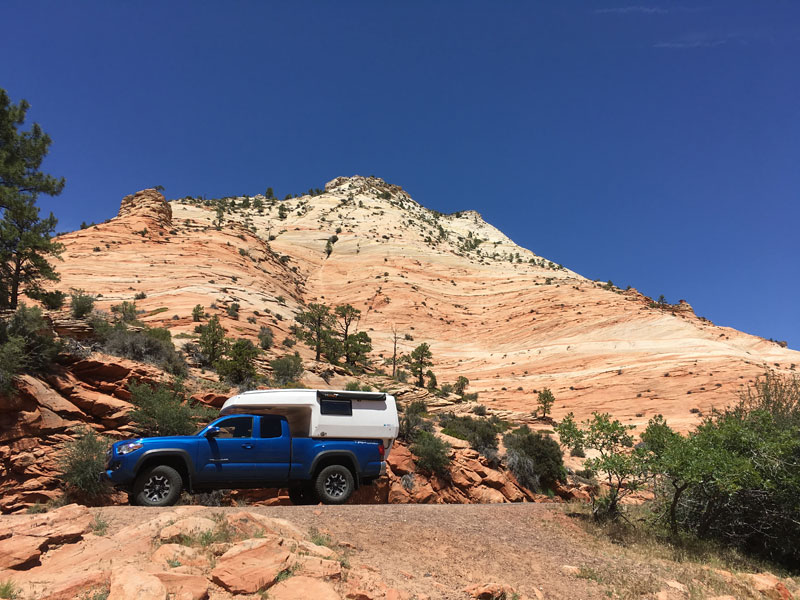 This was from Zion National Park. I was heading west just past the Checkerboard Mesa on Utah Rt 9.  I stopped at a turnout to look at the yellow blooms of beaver tail cactus.