For Behind the Shot Part 3, we are featuring photos and stories from Escalante in Utah, Tonsina River in Alaska, Long Key in Florida, North Padre Island in Texas, Santa Rosa Lake State Park in New Mexico, and many more! 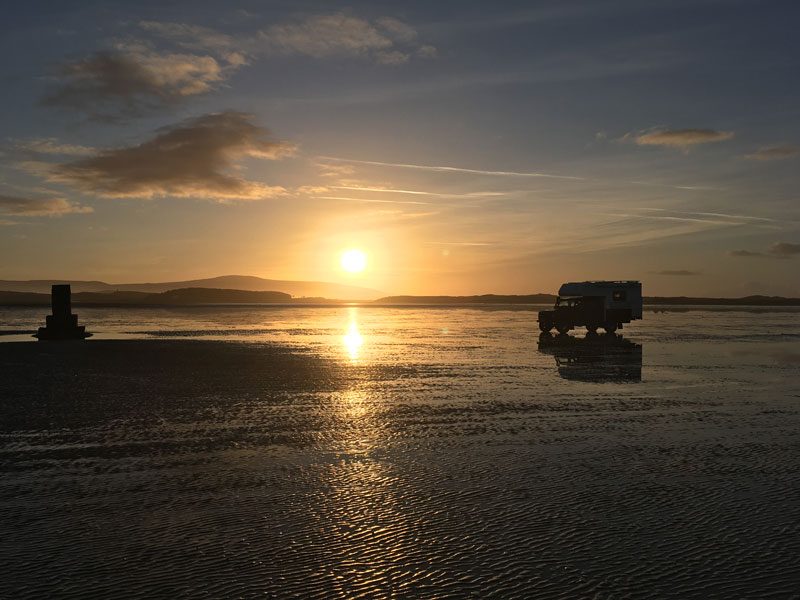 This is a stunning corner on the west of Ireland and an unusually calm day in January. We overnighted on the island beside the sea. You can only get off at low tide and there’s a wonderful feeling of isolation. 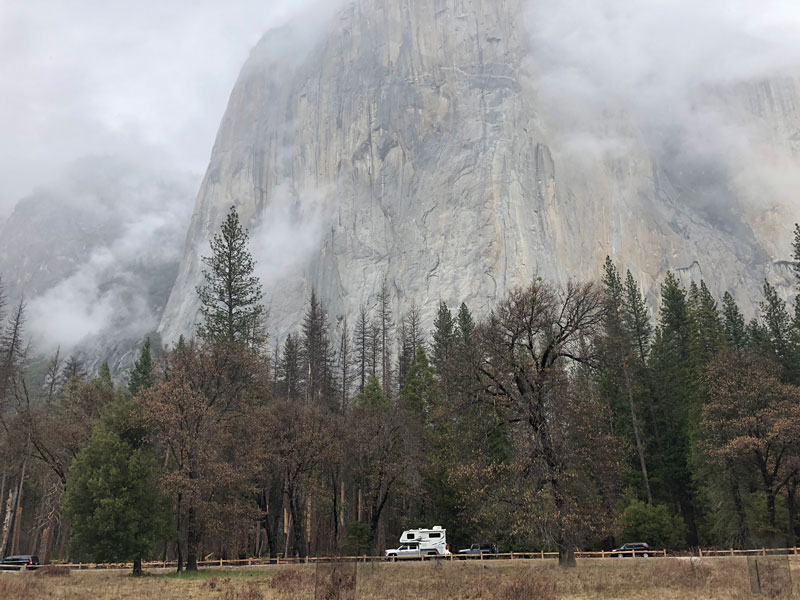 This is the iconic El Capitan in Yosemite National Park. It was taken on the way out of park as we were evacuated due to an impending storm on April 6, 2018. Our family tradition is to stop for a photo from this meadow. 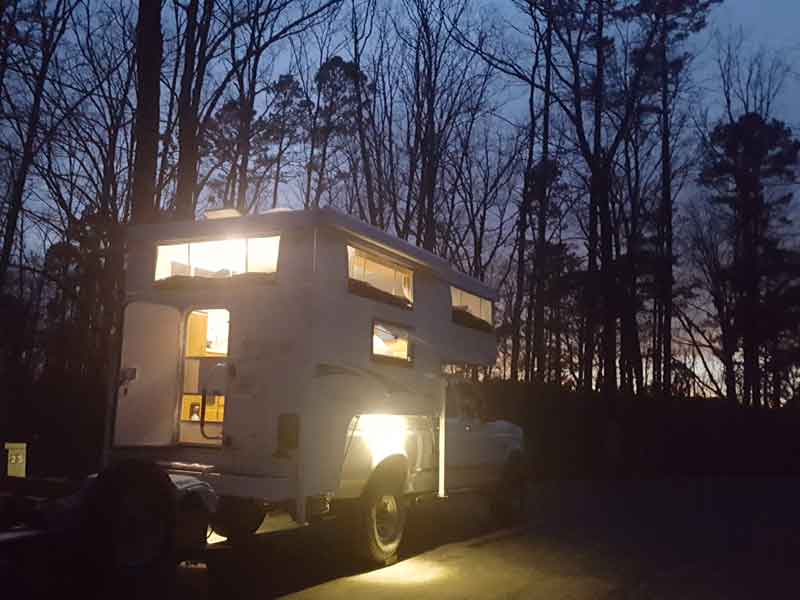 This was our maiden voyage after picking up our camper from the factory in Iowa. This campground had no one and was extremely quiet! Our first trip was 4,000 miles and included our two big dogs. 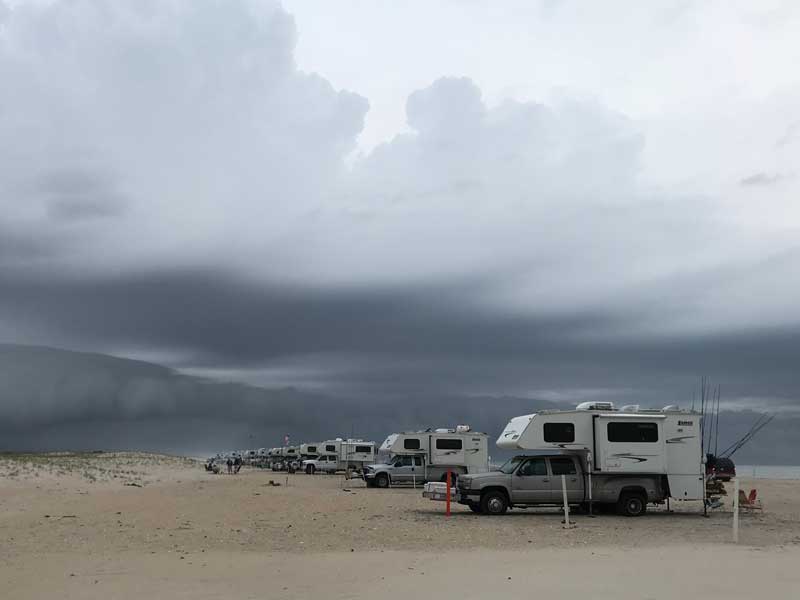 This picture was taken on Sunday, May 27, 2018. A storm was approaching and several truck campers converged on the Bullpen. We were on the OSV (Over Sand Vehicle) Zone at Assateague to get the safety of the dune instead of being at the water’s edge. Our truck camper is the one on the foreground. It was neat to see the line of truck campers huddled together. There were nearly forty campers in the row all together. 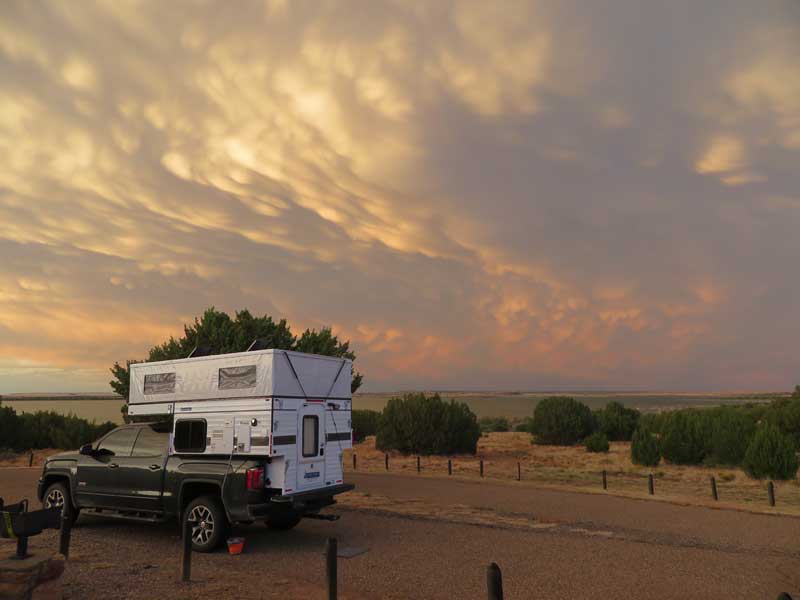 We were planning on heading to Mills Canyon, New Mexico when we saw a storm on the horizon. Checking the forecast we decided to divert south of the storm to Santa Rosa, New Mexico. We ate dinner in town while the storm moved through. We arrived at the pictured location less than thirty minutes after the storm had moved on. The combination of being near sundown and the storm made the picture memorable. 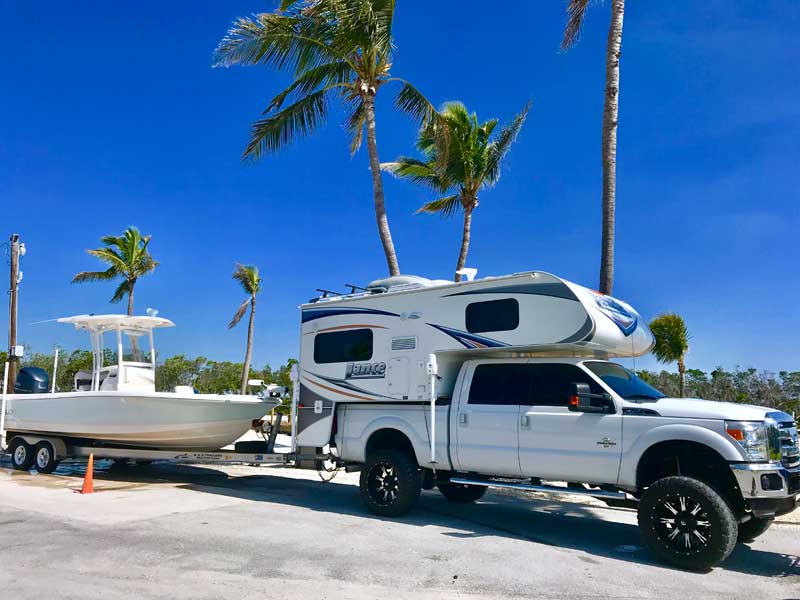 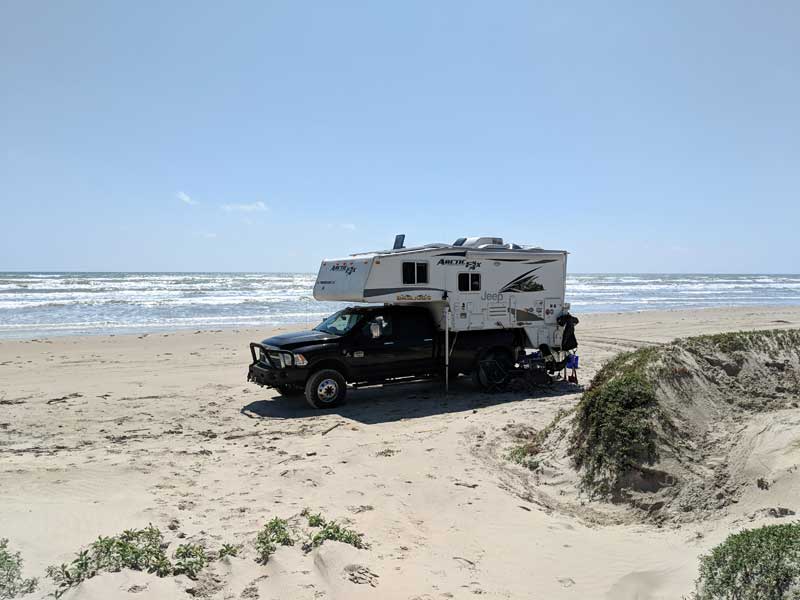 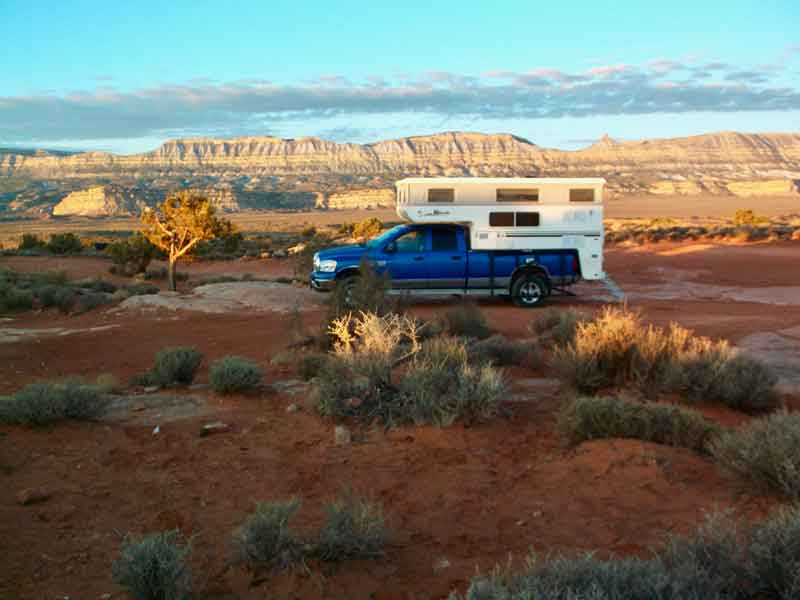 This photo came about as we were camped overnight in the Escalante Staircase area of Utah. It was mid-March 2018 at sunrise. My wife and I travel the southwest in the winter leaving the cold weather of Iowa behind.

We spend up to four months in our Hallmark Camper with the added convenience of the Stable-Lift. The Stable-Lift allows us to have the camper off the truck in about ten minutes and lowers almost to the ground. It allows us to then use our pick-up to explore some of the rough back country roads and canyons that we would not want to take the camper on. The added advantage is the ability to sleep in the camper without it being on the truck. Our favorite thing to do is hike slot canyons and the Escalante area of Utah has some of the best. 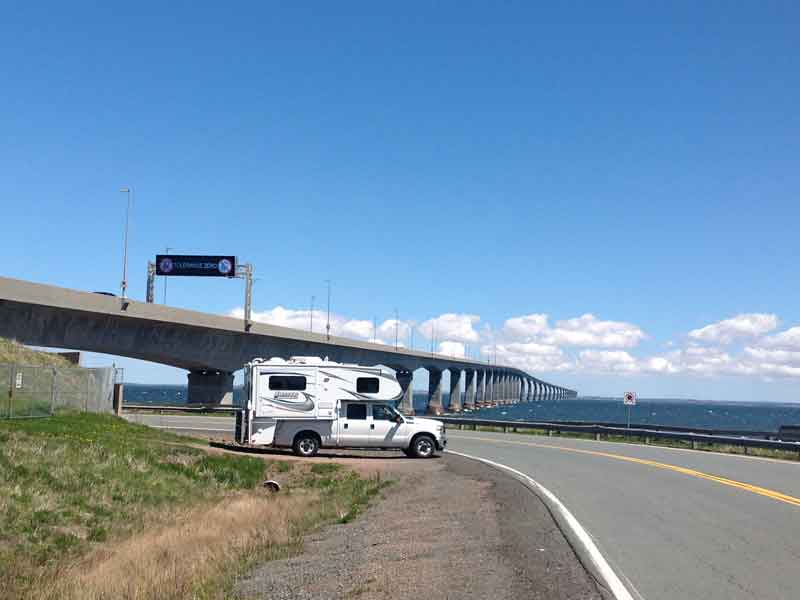 My wife and I were on our way from Prince Edward Island to Nova Scotia for a wilderness camping trip. We stopped for lunch at Cape Jourimain on the New Brunswick side of the 14 kilometer Confederation Bridge from PEI. 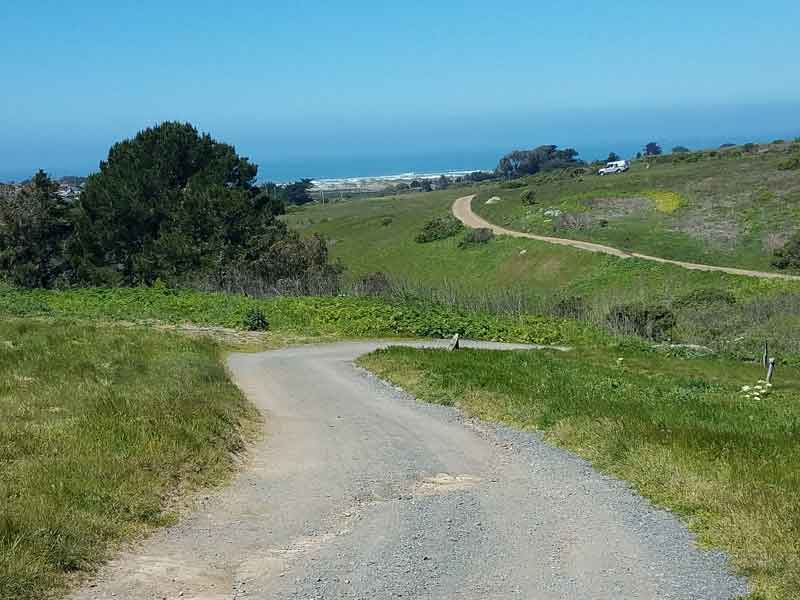 This was from the recent Four Wheel Camper Rally in northern California from April 21-22, 2018. I arrived early and was the first person to set up. That is why I am all alone when the shot was taken. In a couple hours, there were 75 more campers. 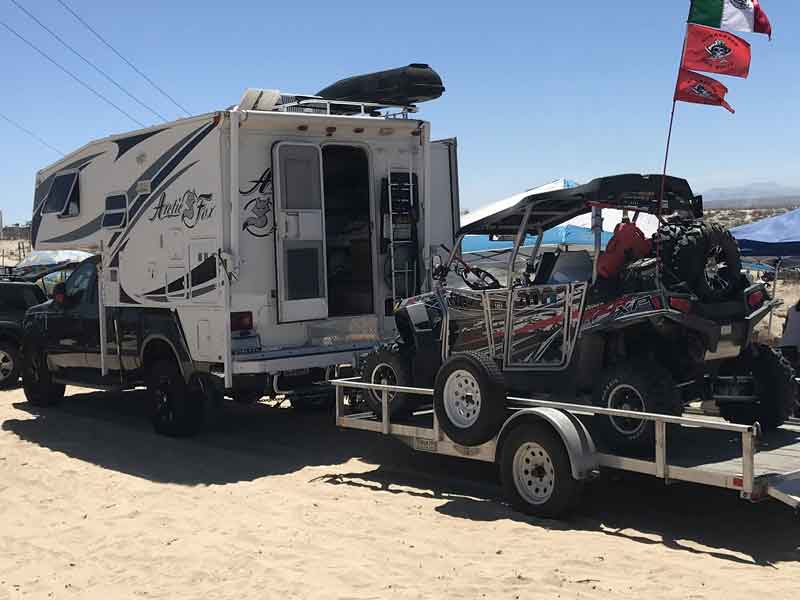 This was from a family trip to watch the San Felipe 250 race! 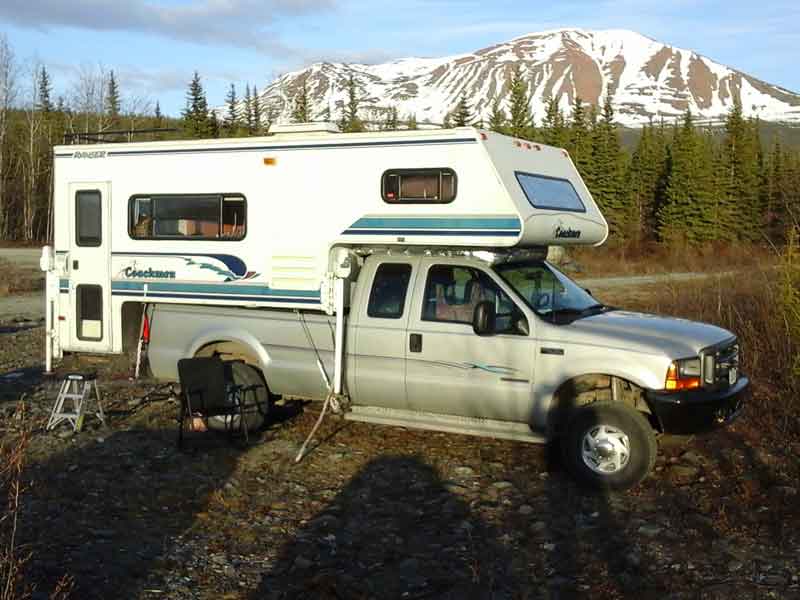 I was traveling back from Valdez, Alaska and found a dirt road turn off the Richardson Highway. I drove back on a pipeline road and found this boondocking place on the Tonsina River. I had a nice night and saved the spot for when the salmon start running. 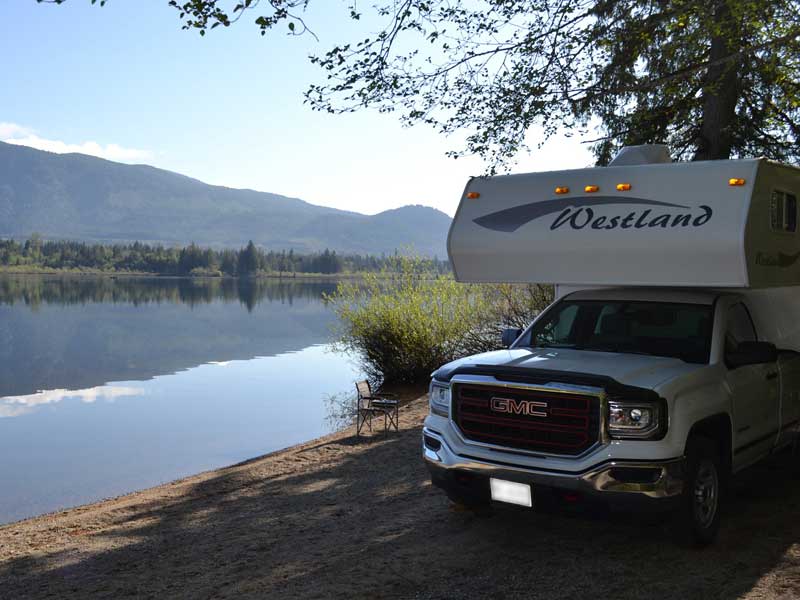 This was our first camping trip of the year and the first with our new truck. We got the best spot at Nanaimo Lakes. After a very windy night, the next day the lake was like glass. The sun was out and it was beautiful. We only get a chance to get this spot at the start or end of camping season since it is always a popular one. We like it best at the start of the season when everything is calm and green! 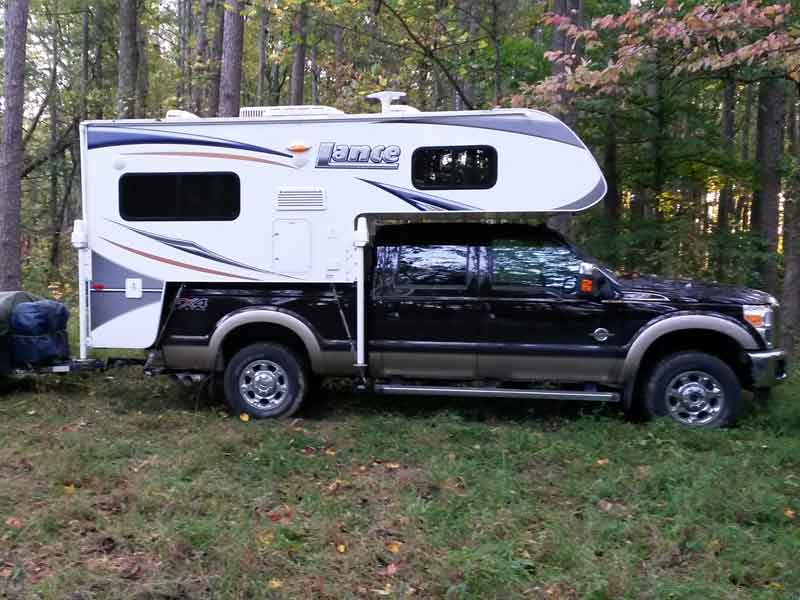 This is at Deer camp. 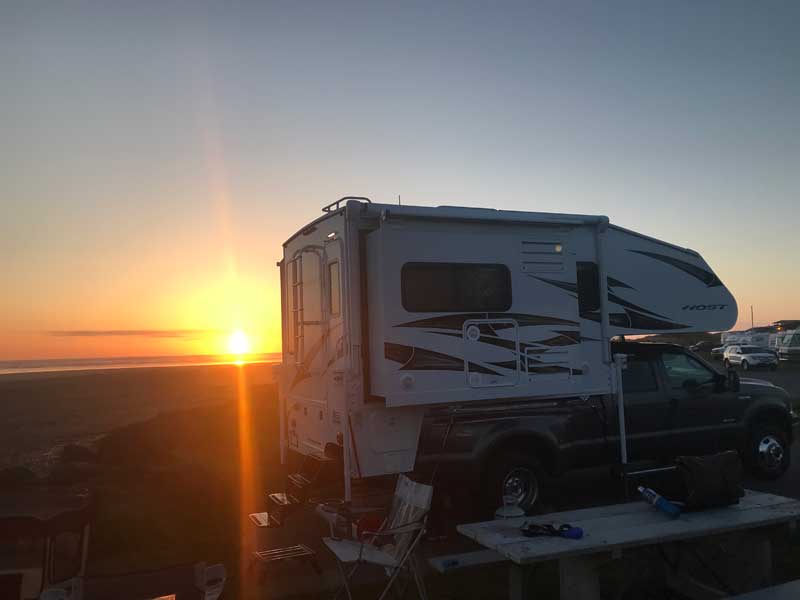 Here is a picture of me camping at Pacific Beach State Park, Washington after a day of digging razor clams. 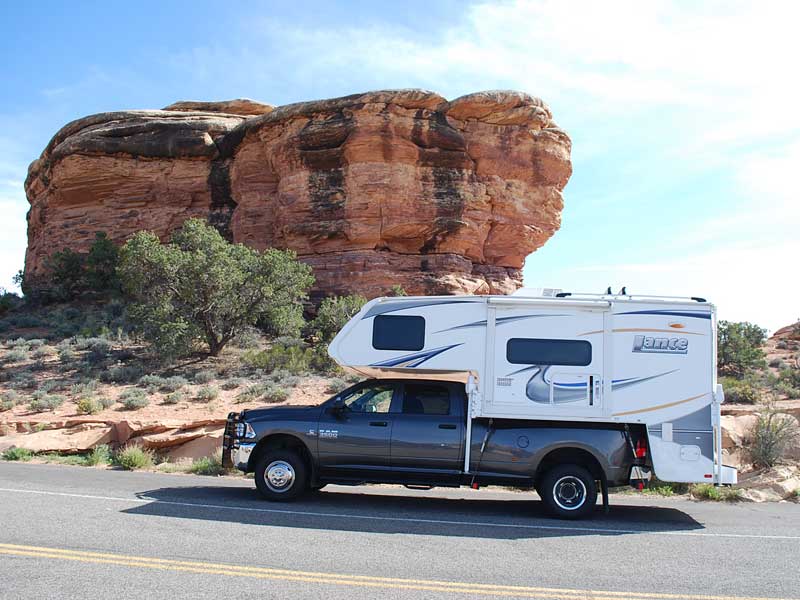 We went with two other couples. Each had their own truck camper. We went on a trip to Big Bend and around. We love using the back roads. You get to see so much more than the interstate roads. We ended up about 5000 miles from Georgia/Alabama. We went to to Big Bend, Canyonlands, Roswell, Arches, and Showboat. We had an array of scenery; prairie, desert, mountains, and snow. We are looking forward to our next adventure. 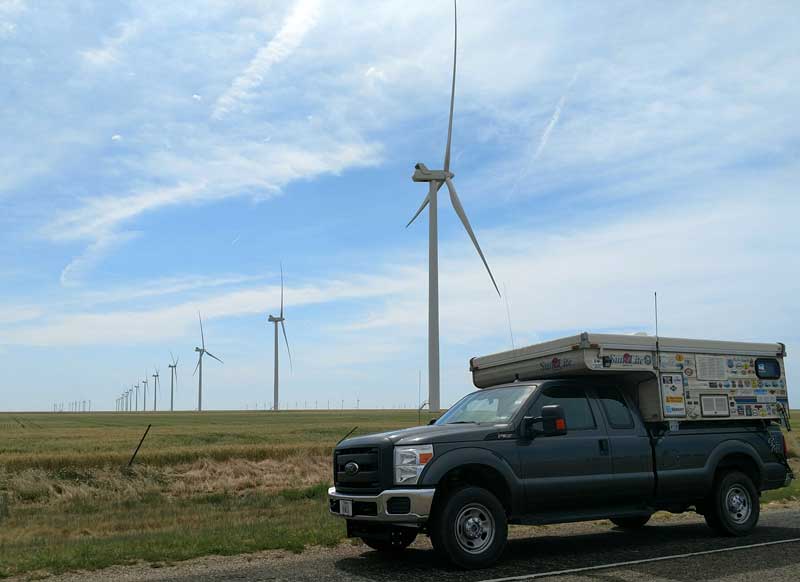 Click here to participate in the 2019 TCM Calendar Contest and be considered for a Behind the Shot feature.