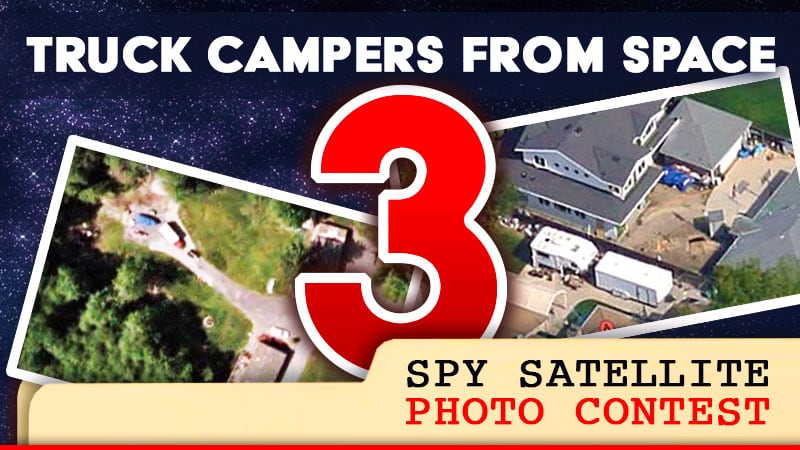 On Tuesday, August 7th, 2008, I woke up in a terrible panic; it was a story day for Truck Camper Magazine, and I had no story.  This nerve-wracking situation wasn’t entirely unusual in the early days of the magazine, but this was the first time when I literally had nothing; no leads, no ideas, zip.  What was I going to do?

Then it hit me.  From the dark recesses of my mind, I heard a deep and familiar voice cry out, “Pigs… In… Space…”  I was saved!  All those childhood years of watching The Muppet Show were about to pay off.  Thank you, Jim Henson!

Over the next hour or so I put together what became Truck Camper Magazine’s most legendary contest of all-time; Truck Campers From Space!  To this day I have long-time readers tell me how much they loved that contest.  To be honest, I was just happy it worked. 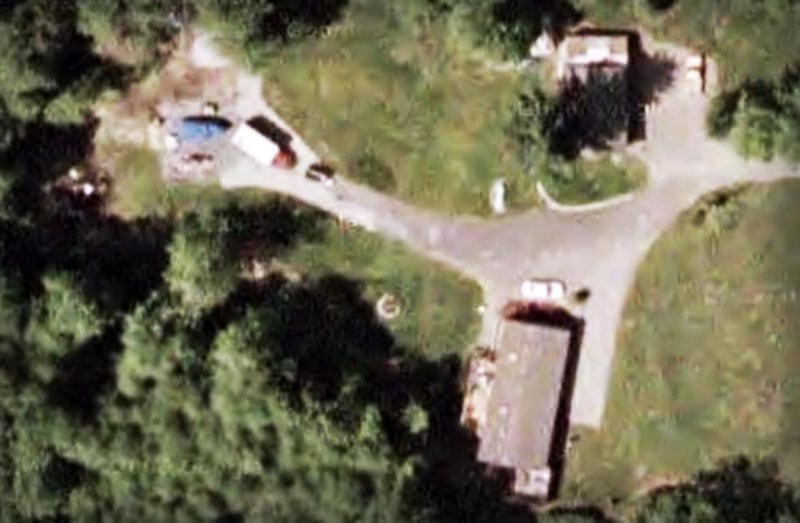 After that first Truck Campers From Space contest, I repeatedly threatened to do it again.  On a particularly quiet week, I’d say, “That’s it, I’ve had it!  If one of these truck camper manufacturers doesn’t come out with a new camper to announce, or at least a model year update, I’m running Truck Campers From Space 2.  And no one can stop me.  Muahahahaha!”

Angela would listen politely, wait for me to settle down, and quietly go back to work.

Finally, on April 8th, 2013, five-years after unleashing TCFS1 on an unsuspecting public, we did it again.  Truck Campers From Space 2 was an even bigger hit with 50 satellite image submissions.  Of course, it didn’t hurt that our readership had grown 250-percent in that time period, but who’s counting?

When I realized it had been 7-years since the last TCFS, bringing the popular contest back became a moral imperative.  And this time, Angela said, “Absolutely!  Truck Campers From Space 3!”  Honestly, her enthusiasm scared me a little.

Ladies and gentlemen, it’s time for our all-time favorite out-of-this-world contest to returns for a third orbit; Truck Campers From Space 3!  Can Google’s spy satellites see your truck camper from 310-miles / 500-km above the Earth?  Let’s find out.

How To Find Your Camper From Space:

There are a good number of free online satellite imagery sources, but the one we recommend for most readers is Google Maps at google.com/maps.  More advanced users might do better with Google Earth at earth.google.com.

Using the online satellite imaging source of your choosing, the mission is to locate your truck camper from space.  Then complete your mission by submitting the image to enter Truck Campers From Space 3.  All other priorities should be minimized until this task is completed.

Here’s how to find your camper with Google Maps:

2. In the bottom left corner, click on the box that says, “Satellite”.  Once selected, this box will toggle between a map view, and a satellite view.

3. There are two ways to locate your truck camper.

The first way is to locate the search box in the upper left corner and enter the full address where you keep your truck camper, and press enter/return.

The second way is to double-click on the map in the location where your camper is kept.  Keep clicking into the map until you locate your camper.

TIP – Use the zoom tools on the lower right side of the map to zoom in.  You can also “grab” the map with your mouse to move the map around.

4. If you can find your truck camper in the satellite image, enlarge your browser window and make a screen capture of that satellite image.  Here’s how to do that with Mac or PC computers:

MAC – To make a screen capture, Macintosh users can press and hold together: Shift, Command, and 3.

PC – To make a screen capture, Windows 10 users can press and hold together: Windows key and Print Screen key.  Please note that I am a Mac user and there might be better ways to accomplish this.

5. It might take some practice to get the best image.  You may also need to try another satellite imaging service if Google Maps does not show your camper, or doesn’t show it clearly.  The different satellite services take images on different days with differing weather and equipment.

TIP: Try the satellite imaging from Bing at bing.com/maps.  In Bing, the satellite map is called “Arial” and is selected from the top right.

TIP: For privacy, we recommend removing street names in your submissions.  Here’s how:

Google Maps – In Google Maps, click the hamburger menu (looks like three stacked lines) in the top left.  A menu should appear.  Under “Satellite” is a “Labels on/off” toggle.  Toggle to labels off.

Bing Maps – In Bing Maps, click the upper right box (should say Arial) and toggle labels to off.

1. Every submitted satellite image must contain a truck camper – preferably yours.

2. You can only submit one satellite image, so choose your spy satellites wisely.

4. If you are a spy, operative, mole, or spook for the CIA, NSA, or any other intelligence agency foreign or domestic, please reveal your top secret affiliation with your submission.  If you’re Elon Musk and have your own network of satellites, please include a Tesla Model Y Performance Edition in Deep Blue Metallic with your submission for verification purposes.

Check out Truck Campers from Space!