While the Electric Frog won’t be found on a domestic highway anytime soon, it’s the concept and implications of this tiny truck and camper that make it important.  Take a leap into an all-electric future. 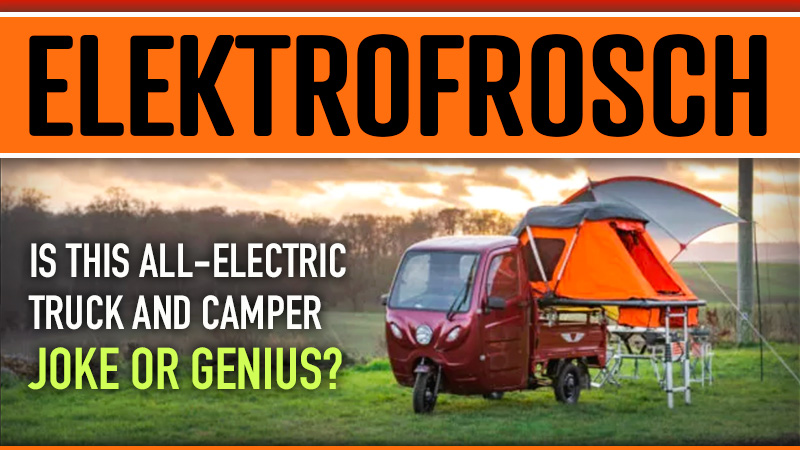 One of the many interesting things that happen when you publish a few thousand articles on a specific interest is that your content gets linked to by unexpected sources.

Normally this behavior gets an email warning from us about Google’s duplicate content rules.  Fortunately, the author, Lloyd Alter, cited and directly linked to Truck Camper Magazine and our definition of a truck camper.  Okay, that’s fair.

All of this would be inside baseball if the subject of Lloyd’s article, the Electric Frog micro-electric truck camper rig – wasn’t so… laughable?  Brilliant?  Oh heck, I still can’t decide if this is completely preposterous, or genius!

I bet you’re thinking more of the former than the latter (as did I), but why not have some fun and dig into this micro demountable truck and camper?  Does this Electric Frog have legs?  Indeed it does, but it’s a leap.

What Is Electric Frog? Elektrofrosch! 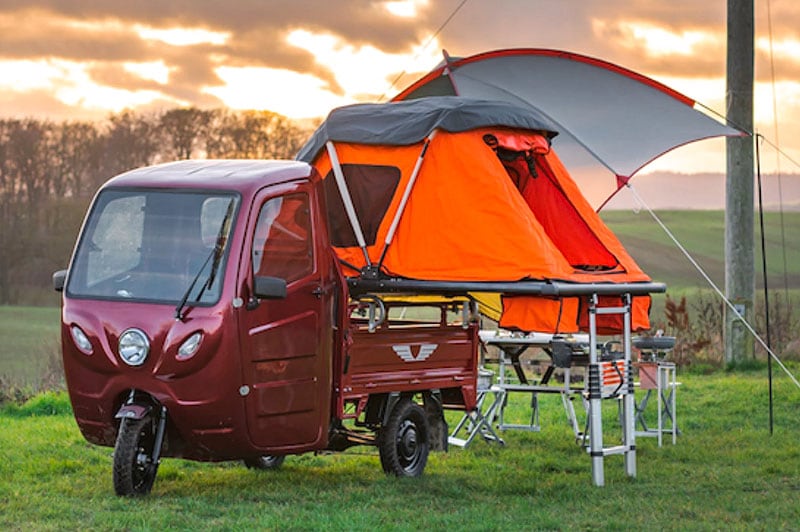 The company behind the Electric Frog is Berlin, Germany manufacturer, Elecktrofrosch.  For those of us who don’t “Sprechen Sie Deutsch” Elektrofrosch is German for “electric frog”.

So what is an Electric Frog?  In this case, it’s a three-wheel electric pickup that weighs 529-pounds with an impressive 1,157-pound payload capacity.  Essentially, this micro-truck can haul two-times its weight.  That’s how it can carry its admittedly basic camper.

Elecktrofrosch also makes tiny three and four-wheel banana yellow electric cars that look like something Woody Allen might have imagined for the movie Sleeper.  Orb not included.

But seriously, Electric Frogs seem perfect for mobile service businesses working in cities and other densely populated areas.  Due to limited range, delivery businesses like US Mail, UPS, or FedEx may not be candidates, but certainly, light-duty plumbers, electricians, auto detail companies, cleaning services, and even food trucks could use Elecktrofrosch micro trucks.

Using an Electric Frog would allow these service professionals to park easier and closer to work sites (compared to a full-size truck or van) and charge their “Frogs” daily at headquarters – or the nearest electrical outlet.  In Europe, where some cities are beginning to ban or consider banning fossil-fueled automobiles, this all-electric micro-truck option makes even more sense.

The Camper: Marvelous or Marketing? 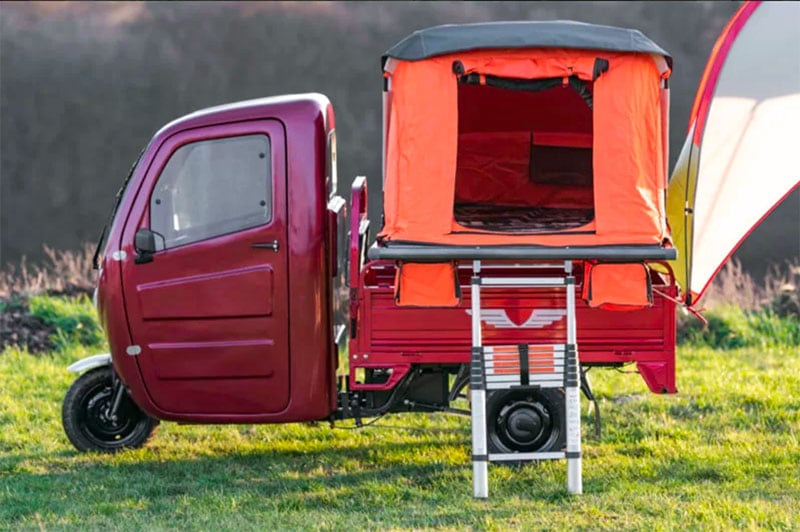 I doubt the engineers at Elecktrofrosch had camping or a truck camper in mind when they designed the trucks.  This whole Electric Fog goes camping concept was probably hatched at an advertising agency somewhere in Berlin.

None the less, they put some serious thought into the presentation.  First, there’s a robust pop-out tent for two that’s supported on one side by the tent ladder.   I’m a bit incredulous about the structural support this ladder offers in a real-world camping situation, but it looks great in the pictures. 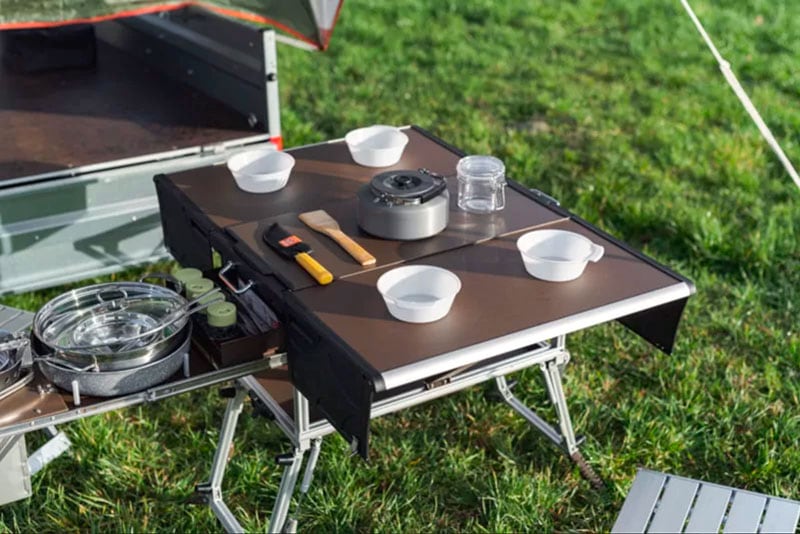 To complete the camping picture, Elecktrofrosch’s marketing team put together a clever and compact table, four chairs, and all the required cooking and eating appliances and accouterments. 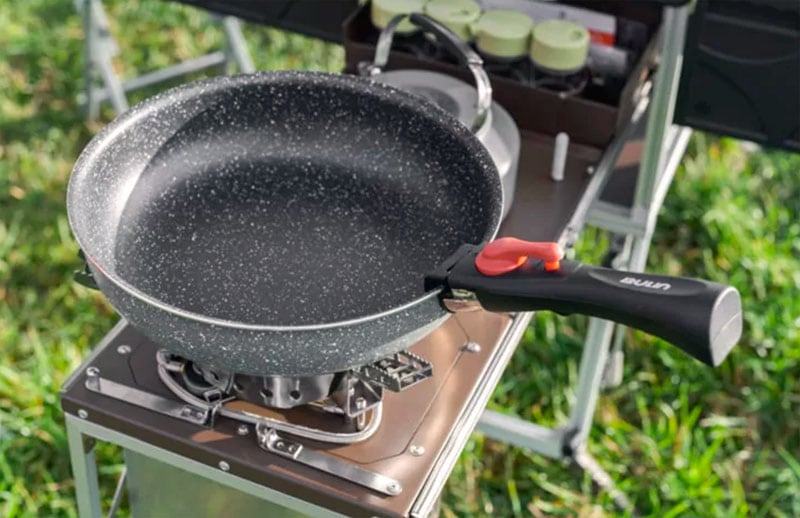 The tent awning is another nice touch finishing the appearance that this set-up is the real deal, and ready to go camping.  It may be. 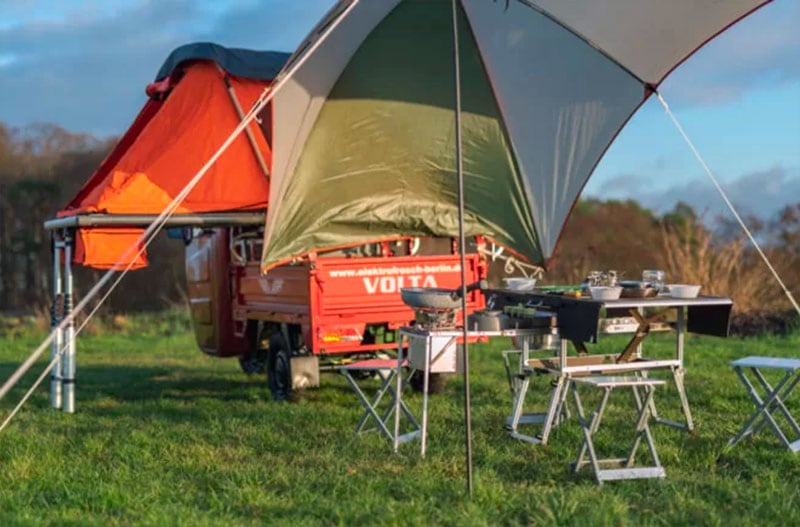 One of the more clever aspects of the Elecktrofrosch is that every camper component and gear item is removable.  This is similar to the Scout Camper concept that allows owners to use the camping components and gear they already own, or to use the supplied Scout equipment outside of the unit. 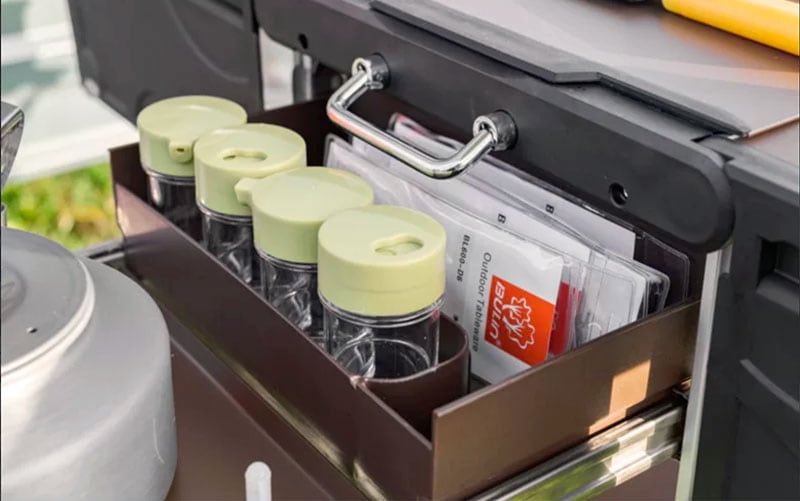 Everything is distinctly European in design and style.  This modern aesthetic is common within the domestic overland community.  In fact, this whole set-up would be the talk of the show at the Overland Expos.  That would be fun to see.

Forget Alaska, or Even Outa-Towna

With a 37-mile range (unloaded on level ground) and a top speed of about 25 miles-per-hour, this is probably not the Alaska machine you’re looking for.  While it’s legal in some states to drive a low-speed vehicle anywhere the speed limit is under 35 mph, that’s not going to get you very far.

Even if the range was 3,700-miles and the Electric Frog went 70-mph, could you imagine having a logging truck pass you in one of these?  White knuckles never looked so pale.

Many motorcycle riders have told us how car and truck drivers often don’t see them.  I would imagine the experience with the Electric Frog on the highways and byways of the USA and Canada would be much the same.  Fun but dangerous.

So let’s just rule out the notion that the Electric Frog truck camper is a serious replacement for a full-size truck and camper.  It’s not.  So what the heck is it?  How and where could this be used for camping that makes sense? 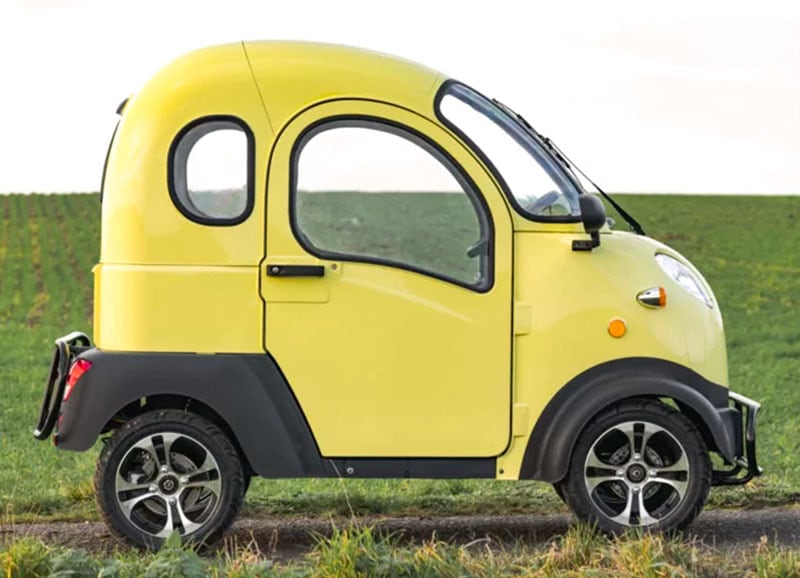 Above: If Woody Allen were a car

I can see this exact setup being a huge hit for destination rentals.  Imagine going to a national or state park and being able to rent one of these.  You would park your car, rent an Electric Frog and camper, and be able to camp and explore the place at will.  At night you would return to a formal campground and plug in the truck and camper.

Earlier I mentioned how some cities are beginning to ban automobiles.  Could we see a day where some national and state parks also ban cars and RVs?  We already see national parks banning vehicles in favor of busses during peak season.  If parks continue to see their popularity rise, banning cars and RVs from anywhere but designated campgrounds is a possibility.

If the present trajectory of over-run parks continues, I might even get on board with this approach.  We have been in national parks when we couldn’t find a parking space or a pull-off without a vehicle blocking our ability to park.  Talk about unsustainable.  Why not rent visitors Electric Frogs?

In the midst of preparing to give this amp-hour-eating amphibian the old heave no, I had another vision.   A truck camper for a truck camper.

What if someone wanted a powered way to go further off-road and camp, but didn’t want to tow a motorcycle, Jeep or ATV?  Why not tow an Electric Frog?  That’s right, a truck camper towing a truck camper.

Over the years we have interviewed many folks who, while truck camper owners, still enjoyed going tent camping to get further down the trail.  These folks still want to hike out far and tent camp, but may no longer have the mobility to walk that far or the desire to sleep on the ground… Electric Frog! 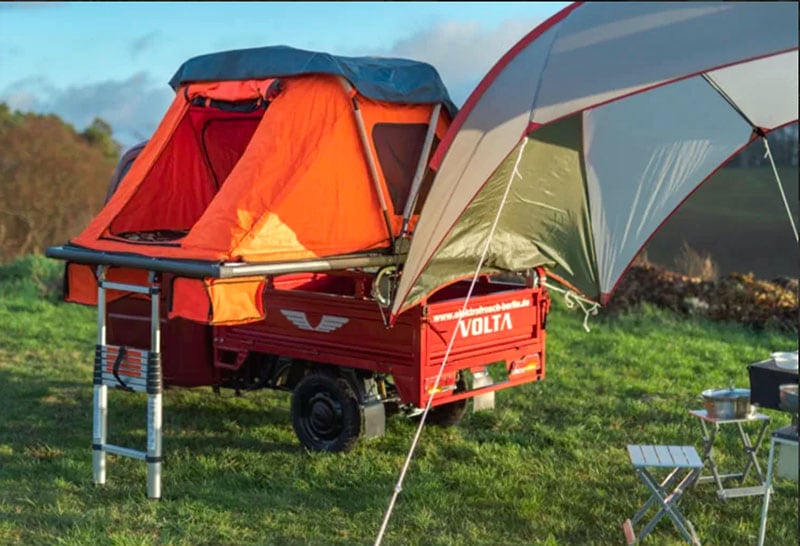 Most folks will look at this set-up as just silly.  I get that, but what if we took the same electric truck and camper concept and scaled it up to full-size?

Start with an all-electric half-ton truck and add a full-size demountable pop-up truck camper.  Keep every camper component 100-percent electric and removable.  To stay with the Elektrofrosch spirit, keep the camper extremely light and minimal.

Ford has already announced that they will launch an all-electric Ford F-150 for 2022.  They audaciously showed a prototype pulling 10 train cars (1.25 million pounds) in mid-2019.  Clearly, Ford is serious about electric trucks and their capabilities.

Pair that forthcoming Ford EV truck with an all-electric light-weight pop-up truck camper from Four Wheel Camper, Hallmark RV, Northstar Camper, Palomino, or Phoenix, and you have an “Electric Bull Frog” that can leap domestic roadways and camp in comfort – off-road, off-grid, and with no fossil fuels.

If everything stays on schedule, we could see such a set-up within 1-2 years.  Angela and I would love to volunteer to be the first people to cross the continent in a 100-percent electric truck and camper.  No gas.  No diesel.  No propane.  Just electrons and our passion to push our hobby in a new direction.  Sign us up.

Amping down, that simple no-frills set-up would be a no-sale for those of us who are accustomed to hard side campers with slide-outs and full bathrooms.  However, following generations of heavy-duty trucks and campers will likely gravitate to a 100-percent electric-powered approach.  It seems inevitable.

Thanks for the tip and link, Lloyd.  I had a ton of fun thinking about this tiny rig.  The only thing left is to decide if it’s ridiculous or ingenious.  Perhaps it’s both.

You can’t buy an Electric Frog on this side of the pond yet.  If that happens, it would be the cheapest truck and camper available, by quite a margin.  We could have bought almost a dozen of these set-ups for the cost of our truck and camper.  Holy smokes!