Welcome to the fourth entry in May’s Medium Mod Contest.  One Medium Mod will be published in every Email Alert in May.  At the end of the month we’ll hold a reader vote to determine May’s winner.  Click here for information about the 2020 Mod Contest, including how to enter.

Above: The above video shows how and where the TriMetric TM-2030 was installed

I started to notice that our two one-year old Group 27 Interstate batteries were not performing as they had when newly installed.

During the day our 100-amp solar panel would energize the batteries to 12.8-volts.  However, once the sun went down, so did the voltage during the night.

With an early morning voltage reading either in the high 11s or low 12-volts, our confidence in the system also dropped.

I took the batteries to Interstate for a load test and they confirmed that the batteries needed to be replaced.  It was attributed to too much boondocking and repeated charging cycles.  As a FYI, the warranty is only one year, and they were just over one year old.

Before buying new batteries or adding additional solar panels, I wanted to improve my ability to monitor the status and charge of my house batteries.  Specifically, I wanted to know what our energy use was during the day in amps and watts.

I also wanted to be able to accurately gauge the battery percentage of charge, and see the total solar input current and amp hours.  And all of this needed to be in a system that was easy to use and understand. 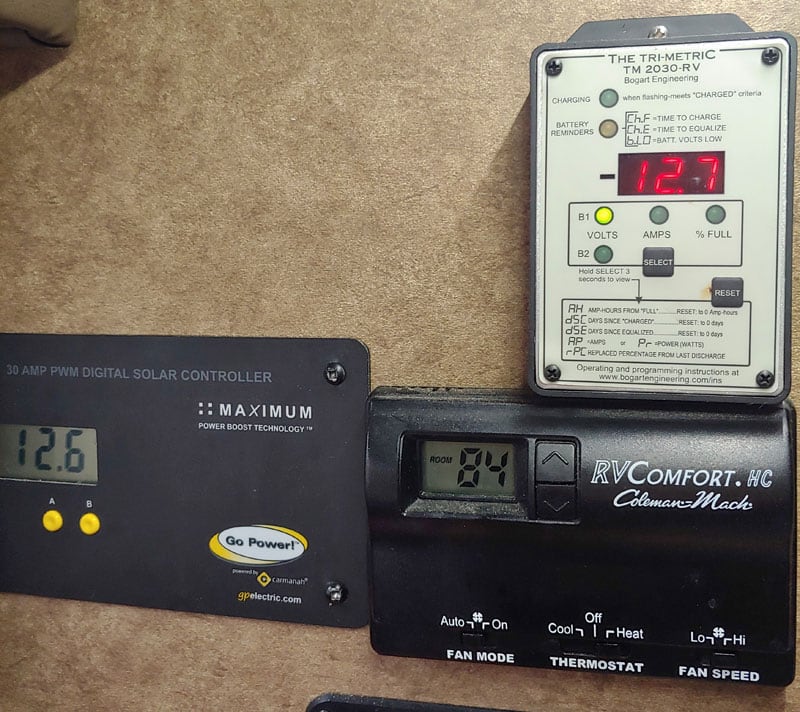 After considerable research, I chose the TriMetric TM-2030-RV system. This device taps into the camper’s electronics and checks all of the vital battery characteristics including voltage level, current draw, charging, etc. 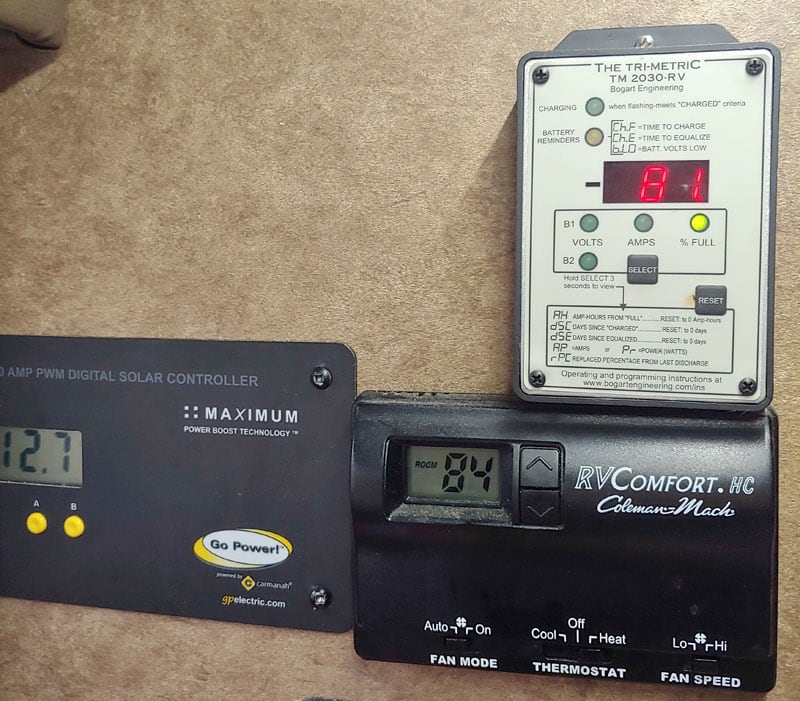 The meter case is a white plastic box and would stand out among the other black panels nearby.  For aesthetics, the meter was removed from the box and painted black.

Then one hole was drilled in the plastic box to allow the cable to enter the box. The lower flange of the box was placed behind the climate control unit with one screw used to secure the box to the wall. 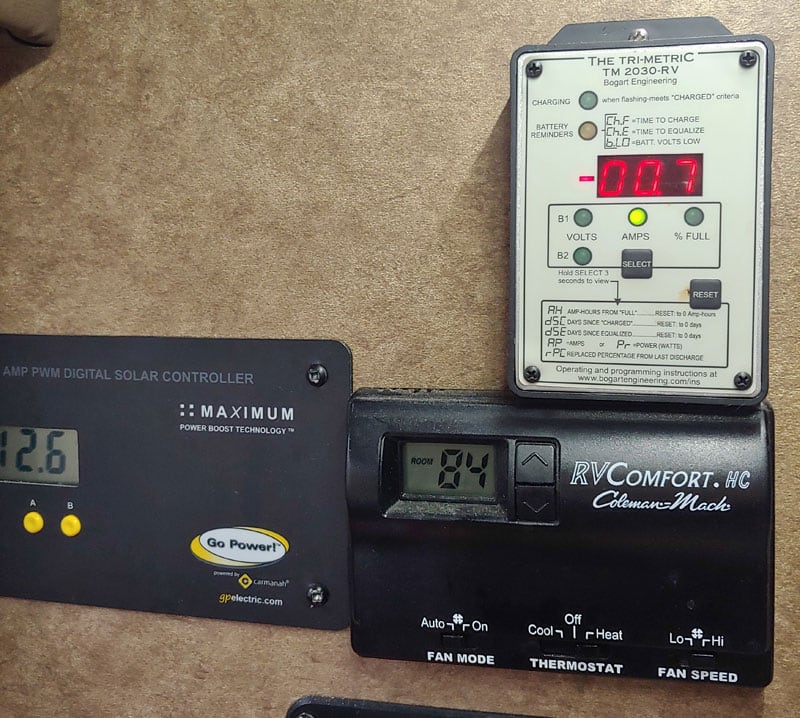 As always, running the wires was the most challenging part of the job, and all this was done while boondocking in the jungles of Florida!