Welcome to the eighth entry in September’s Mega Mod Contest.  One Mega Mod will be published in every Email Alert in September.  At the end of the month, we’ll hold a reader vote to determine September’s winner.  Click here for information about the 2020 Mod Squad Contest, including how to enter. 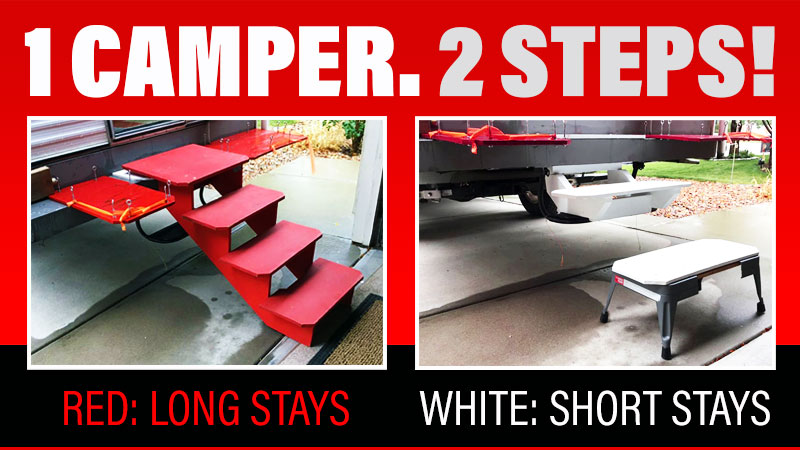 We bought our 1996 Weekender camper last year for $4,800.  Since then we have made two sets of steps for this camper.  First, I made a red set and then a white set.  Both sets of steps worked, but ultimately the white set was the easiest answer.

The first set of red stairs were made because the original fold-down step was too dangerous.  I was afraid of us slipping and breaking a leg or ankle. 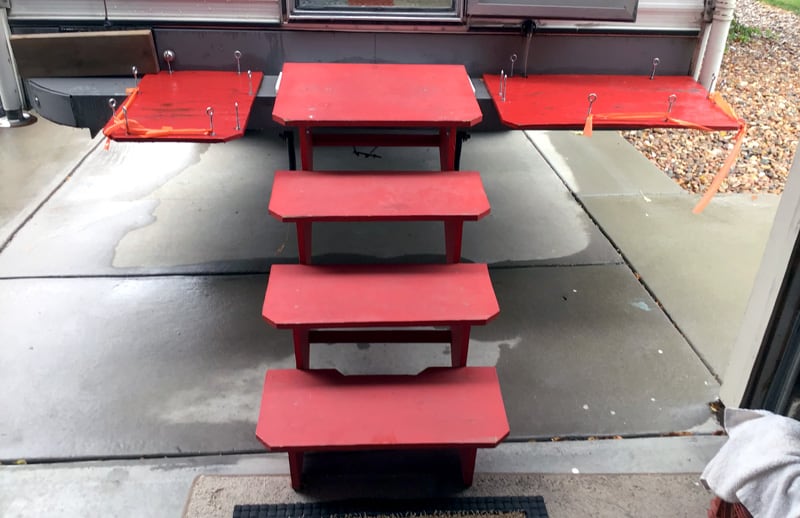 The red steps were made from a step stringer pattern.  The stringers are the sides.  The steps were secured with angle brackets and 3/4-inch plywood. 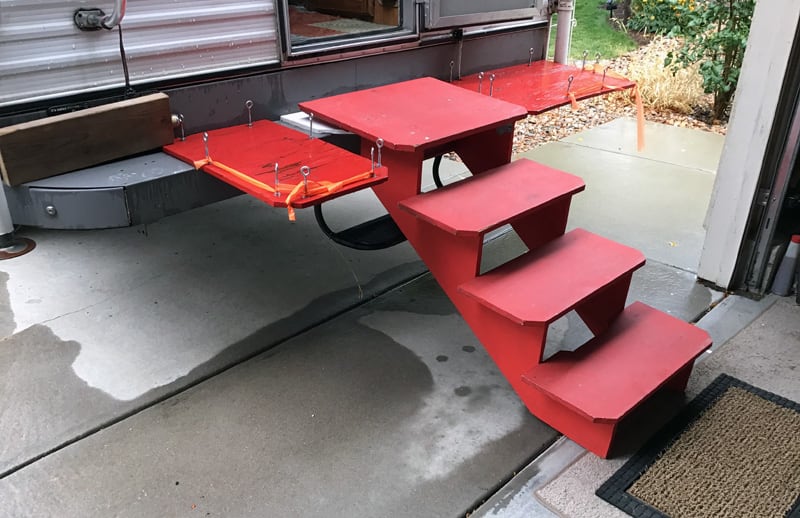 The red stairs were okay if we parked for a long period of time, but they were a little heavy to pick up and slide into the camper.  I knew that I could make something even lighter and quicker to use. 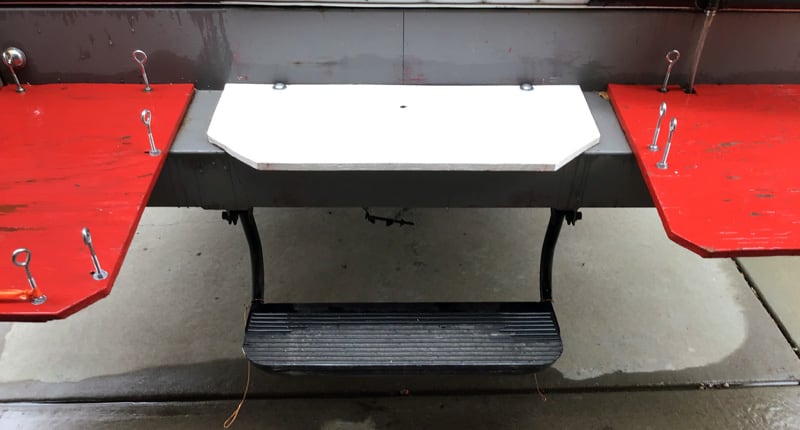 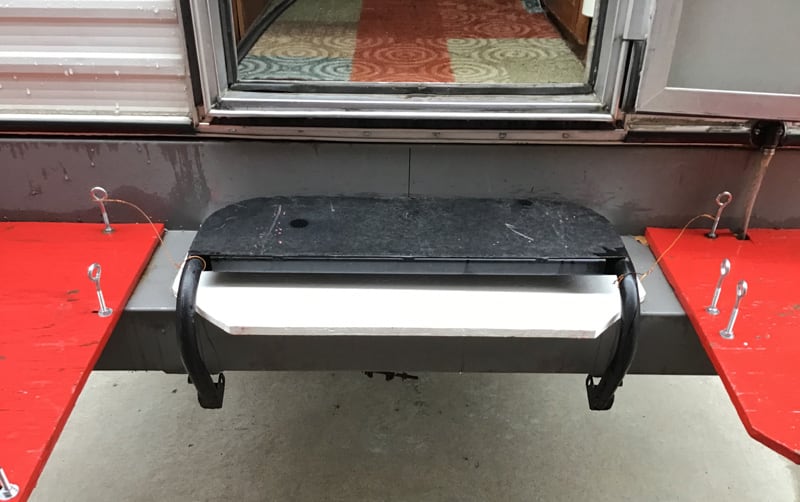 The white step sits on the fold-down step (see above pictures), slides-in and is held by the 2×4 under the frame.  To make the 24-inch step stool, I cut a step tool in half and secured the two halves to a piece of 3/4-inch plywood. 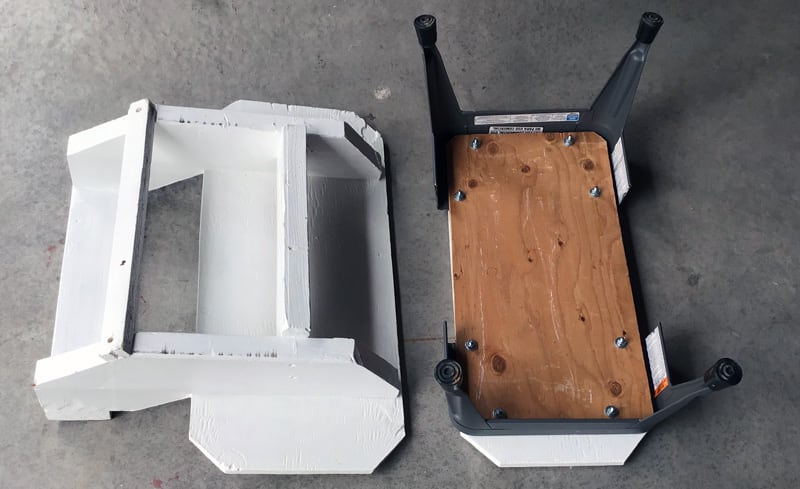 I cut two corners on the top white step.  Then I bolted it to the back bumper so the step folds up.  It’s held by copper wire on both sides.  The steps fall down if they’re not held in place.  I painted the steps white to make them more visible at night. 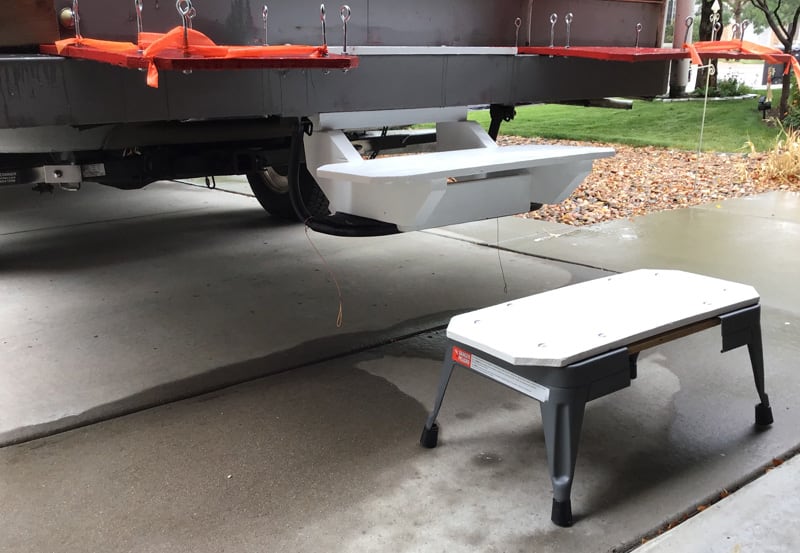 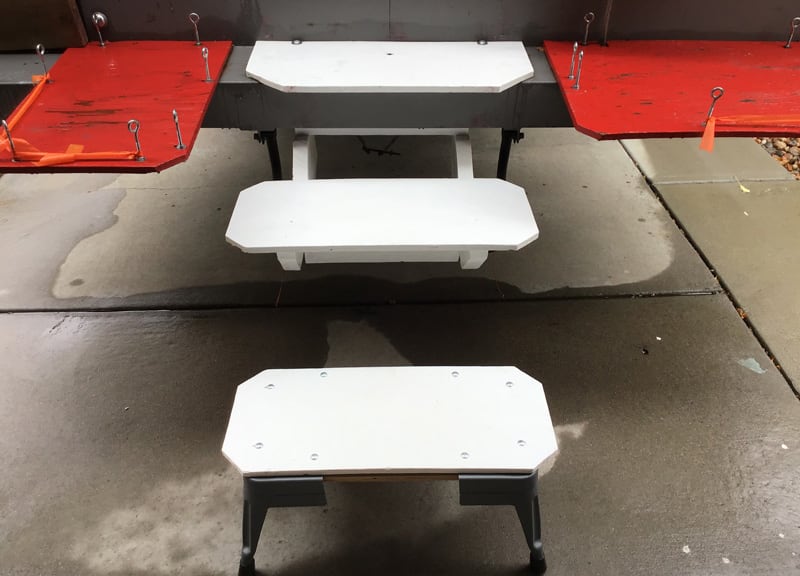 This project cost me about $20 for the step stool, brackets, nuts, and bolts.  I already had the plywood and lumber in my garage.  In my opinion, the skill level of this modification is medium.