Welcome to the third entry in February’s Medium Mod Contest.  One Medium Mod will be published in every Email Alert in February.  At the end of the month we’ll hold a reader vote to determine February’s winner.  Click here for information about the 2020 Mod Squad Contest, including how to enter.

To make my truck more visible and safer, I installed some daytime running lights with sweeping LED blinkers. 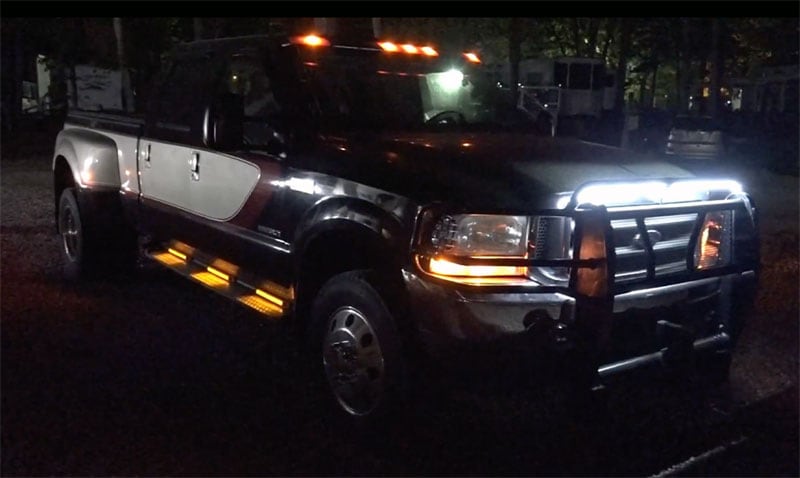 My truck being a 2001 Ford F-350, it did not have any constant-on front lighting which new cars and trucks call daytime running lights.  To complicate matters even further, I usually carry a large scooter on my front hitch which blocks some of my forward lighting.

I had already added some auxiliary driving lights, but noticed that my front blinkers were also compromised or blocked by the scooter.

So, after searching for a solution, I came up with the perfect flexible LED strips that provided both a nice white daytime running light coupled with amber sweeping LED blinkers.  I mounted them up high on the top bar of my brush guard and voila – a spectacular looking and functioning solution to both problems.

I purchased a specialty set of 24-inch LED strips with built-in electronics.  These strips, when the truck is powered on, turn white (for the daytime running lights).  When the blinker is activated, the white LEDs turn off and a set of amber LEDs sweep from one end to the other making a very distinctive display of your turning direction.

Above: The details of the modification are shown in my video

As shown in the above video, the first thing I did was add extensions to the LED wires to be able to reach the fuse box in my truck. 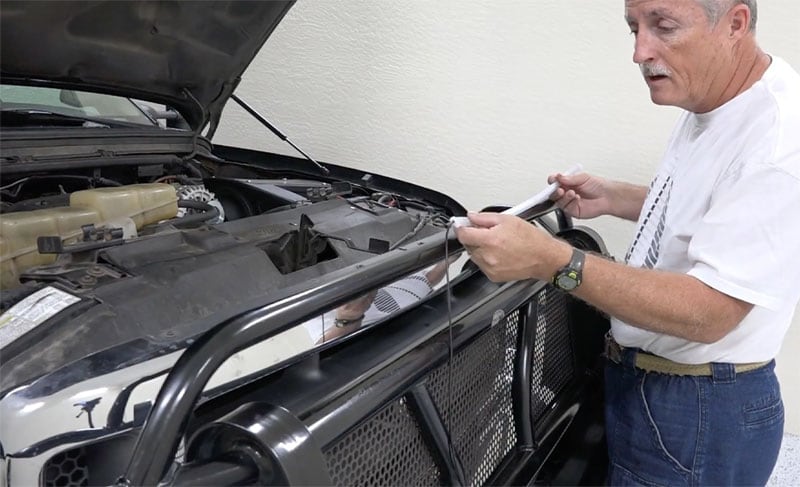 Next I replaced the adhesive tape on the back of the LED strip with a much better 3M VHB permanent tape.

Then, I mounted the strips to the underside of the top bar of my brush guard.  I mounted it there to get the maximum height to get visibility above the scooter I carry. 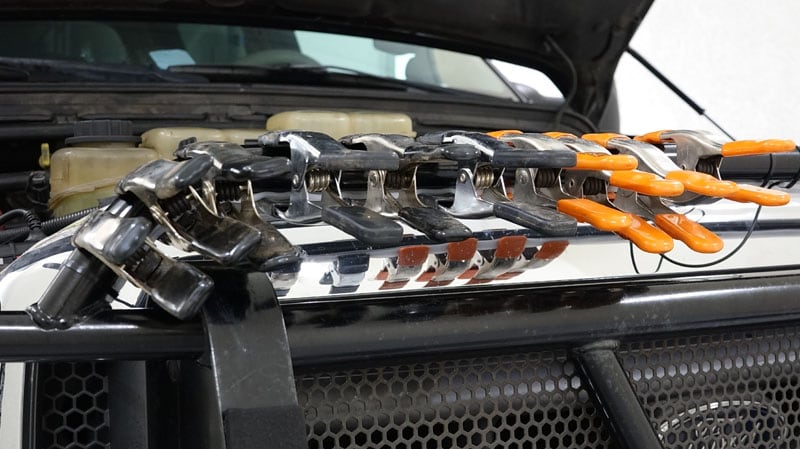 I then carefully wired the white LEDs to come on when the key was turned on, and the blinker wires to the front blinkers.  I was very careful to route the wires inside flexible cable conduit to keep them protected. 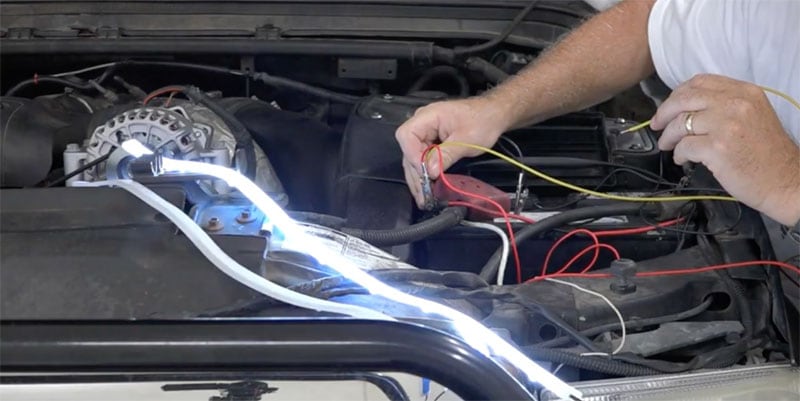 I also did lots of testing throughout the build to make sure my wiring was correct to the proper fuses. 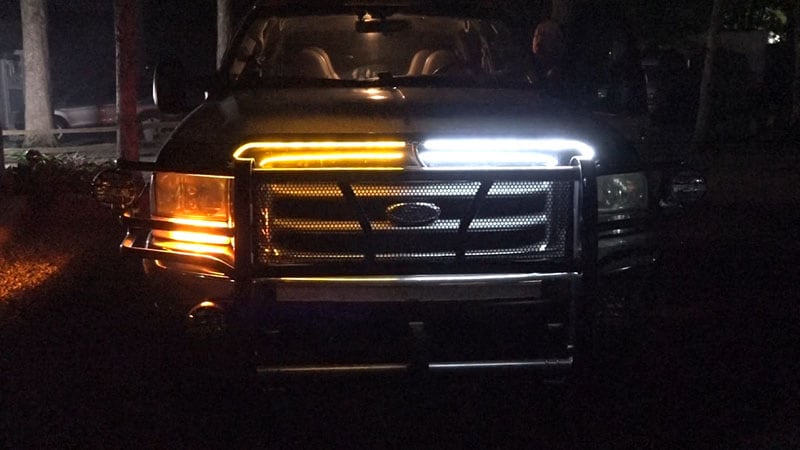 I have driven many miles with this new lighting enhancement and it is spectacular!  The white daytime running lights are on as soon as I power the truck on, and the blinkers sweep either left or right from the center depending on which way I am turning.  I feel very confident that my visibility has been greatly increased and am very happy with this modification!