Four Micro Mods are set to complete on four consecutive Fridays for a total of sixteen sweet Micro Mods.  Then, the four winners will compete in a Final Four.  The winner of the Final Four will be the March Iron Mod winner.  Let’s play. 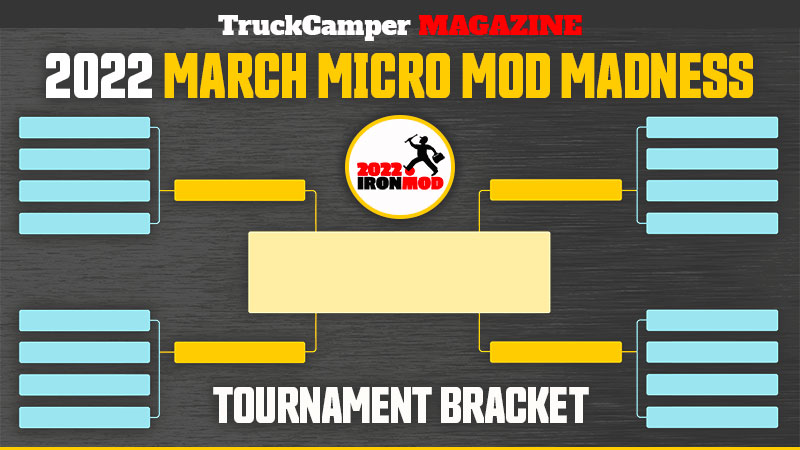 “We have a lot of mini Mini-Mods that we need to publish,” said Angela.  “Sixteen to be exact.  Some have been waiting for a while.  They’re excellent mods, but really simple.  Any ideas?”

“How about a Micro Mod contest?” I replied.  “It would be a mod contest within the overall Iron Mod competition.  We could have a tournament, like March Madness; Sweet Sixteen and then a Final Four.  The winner of the Final Four would win the month as part of the Iron Mod.”

“That would be fun.  I’ll need a tournament bracket, graphics, a plan for the Email Alerts, and a write-up to introduce the March Micro Mod Madness.”

In reality, this process took about two days, but you get the idea.  For the month of March, we are holding a mod contest inside the Iron Mod contest, and we’re doing it March Madness style.  Every Friday we’ll feature four Micro Mods and hold a vote.  After four Fridays and sixteen Micro Mods, we’ll have a Final Four vote for the winner.  The winner will be the monthly winner of the March Iron Mod contest.

For anyone tempted to scoff, scorn, or belittle the very idea of a Micro Mod we offer this advice; don’t judge a mod by its size.  In 2016 an underestimated Mini Mod beat over 100 submitted Mini, Medium, and Mega mods to win the whole shootin’ match.

Jim Kauffman’s “EZE Gutter On Front Nose” Mini Mod (#12 in the contest) ran away with the coveted prize.  Why?  The simple reason is that it earned more reader votes.  Diving a bit deeper, we believe it won because it solved a problem that the majority of fellow truck campers had.  Do you have streaks on your windshield from your camper’s roof?  You need Jim Kauffman’s “EZE Gutter On Front Nose” mod.