I stepped foot into the small Bureau of Land Management building for about thirty seconds and knew it wasn’t my scene.  It was very crowded with people eagerly anticipating the daily lottery drawing.  I overheard one couple saying that they had been there for days on end hoping to win the opportunity to see… The Wave. 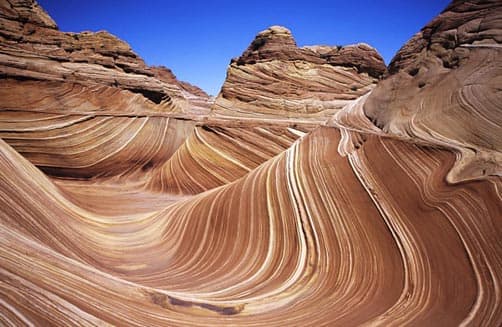 What’s The Wave you ask?  Well, The Wave is a world famous sandstone formation just west of Lake Powell, Arizona.  It’s one of those places you’ve seen in photographs and thought, “That’s amazing.  I’d like to go there”.  The problem is that everyone wants to go to there.  In fact, The Wave is so popular that the Bureau of Land Management holds a lottery every day to award a limited number permits to visit The Wave.  The rumor is that The Wave even turned down Oprah.  Seriously.

To make matters more interesting, the rangers at the BLM office post recent copies of $500 citations issued to people who went to The Wave without a permit.  For me, the whole thing just seemed silly.  Then again, I had never seen The Wave, or Oprah. 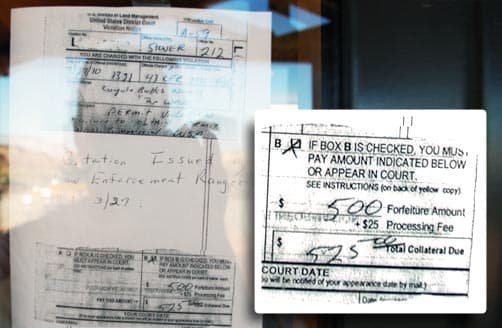 Anyway, the rangers finally called the lottery and we lost.  Time for Plan B: Go directly to Wire Pass.  Do not go to the Wave.  And do not get a citation for $500.  Fine by me.  Dave Rogers, aka Whazoo, had already told us that Wire Pass was almost as amazing as The Wave.  You’ll be shocked, shocked to learn that Dave has been to The Wave and Wire Pass.  Lucky Whazoo.

The eight mile drive to the Wire Pass trailhead was an adventure all by itself.  The road is essentially a rocky dirt road with plenty of easy twists and turns, inclines and declines to whet your off-road appetite.  Behind the wheel, Angela smiled ear to ear with every jarring jolt, bump, and crunch.  Harley slept through the whole thing.

The local gnat population must have heard our approaching diesel engine like a dinner bell.  When we finally arrived at the trail head, they swarmed all over us.  Obviously we were delicious because the tiny critters just couldn’t get enough.  After a few moments of swatting like lunatics, we jumped into the camper for hiking supplies. 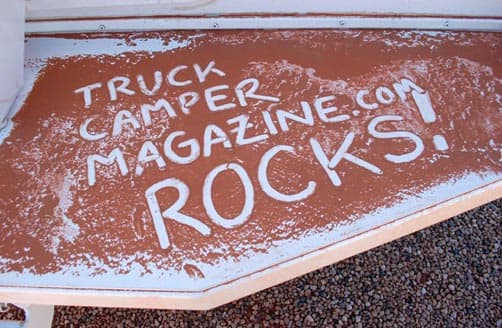 Harley informed us that he had no interest in slot canyons and planned to take his third or fourth nap of the morning.  With a sparkling bowl of fresh cold water, some cat food, and a Fantastic Vent providing a steady breeze, he was set for the day.  May we all be reincarnated as truck camping cats.

Once our backpack was full of snacks and water bottles, we locked the camper door and hiked to Wire Pass.  Lucky for us, the gnats didn’t follow. 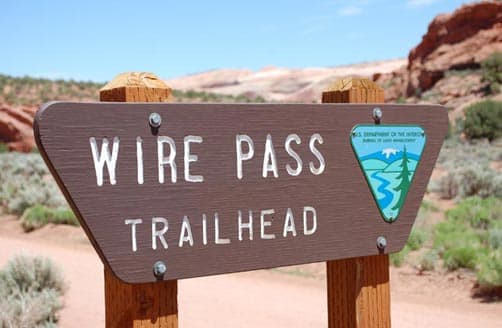 The hike to the slot canyon was considerably longer than we had expected.  And other than the initial path, there were no signs to tell us we were headed in the right direction.  At the end of the path there was a dry creek bed which we followed, and followed, and followed.  I passed the time by scanning the creek bed looking for interesting rocks.

Eventually the walls of the creek bed began to rise on either side until, yes, there it was.  Our very first slot canyon beckoned, or did it dare us, to enter.  As we walked further into the canyon, the walls continued to rise until we were literally in a slot.  No false advertising here, this was a slot canyon – the real deal.  Like Indiana Jones and Marion, we ventured into the unknown.

A few weeks ago, I told you about meeting Alfred, the curiously photogenic lizard we met during our sweltering Monument Valley mitten march.  Well, we met a few of Alfred’s distant desert cousins in the slot canyon, including two love lizards we affectionately called Mutt and Janet.  Now we knew these lizards were lovers because they crossed tails.  Everyone knows you don’t cross tails unless it’s love, right?

Anyway, Mutt was quite perturbed at my presence and violently snapped his body up and down as I approached.  I don’t speak a lick of lizard, but Mutt was clearly livid.  I explained to him that we were the Publisher and Editor of Truck Camper Magazine and we only wanted a picture or two.  I even told him that I knew his cousin Alfred.  Well, that didn’t go over well and the contortions continued.  Evidently Alfred is the black lizard of the family. 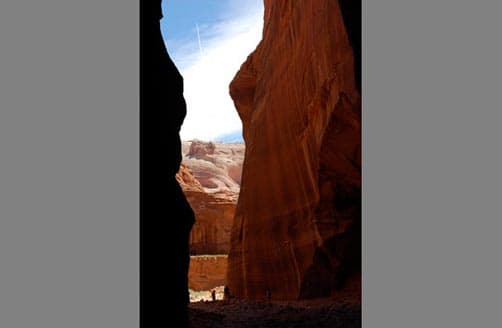 When we emerged from the slot canyon on the other side, the red rock canyon walls opened up into a natural amphitheater. 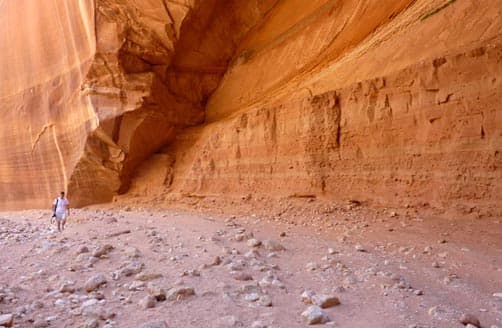 As we walked along the cliff walls, we saw a petroglyph.  Soon there were at least a dozen petroglyphs, mostly of people and animals.

It’s amazing to see these ancient works of communication and art exposed to the elements and existing in their natural state.  They’re not in a museum, protected, or marked.  They’re just right there for you to wonder at.

When we finally reached the camper, Harley was right where we left him.  Why he loves sleeping on my pillow I’ll never know.  It certainly wasn’t my idea.  Anyway, he was fine and the camper was actually quite cool with plenty of air flow. 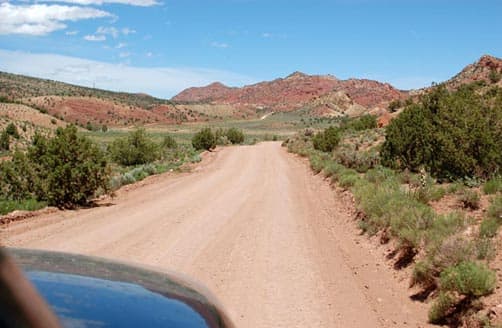 A few minutes later we were back on the dirt road rocking and rolling our way back to the highway.  The experience had us dreaming of a truly off-road ready truck and camper combination.  The taste of dirt had us hooked.