This past weekend, Angela and I attended the North-South Skirmish Association’s 126th National Skirmish in Fort Shenandoah, Winchester, Virginia.  The North-South Skirmish Association (N-SSA) was founded over sixty years ago to honor the men on both sides of the American Civil War and keep alive the tradition of live firing Civil War muskets, carbines, revolvers, breechloaders, single-shots, smoothbores, mortars, and artillery.

We were the guests of fellow truck campers John and MaryLou Wells.  John, aka Corporal Wells, is a member of the N-SSA’s 3rd US Artillery.  He’s also the only guy we know who tows a Civil War cannon behind his truck camper. 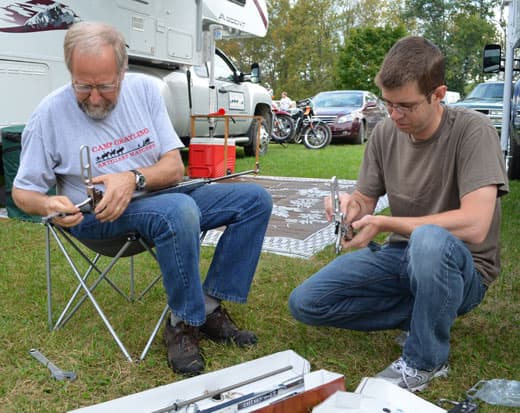 When we returned from our maiden voyage in our 2013 Chevy/Lance rig, Torklift International had sent us a fresh set of polished stainless steel Torklift Fastgun turnbuckles.  Just a few days later we were setting out for the N-SSA event.

John and I made quick work of assembling the four Fastguns.  Once Torklift Fastguns are assembled and fit to a truck, they are very fast and easy to install and remove.  The Torklift Fastgun near my fuel tank blocks the door and it only takes a few seconds to unhook the Fastgun before fueling, and re-hook it again when I’m done.  No sweat.

About an hour after the Torklift Fastguns were completed, it was time to deploy them into battle.  Three members of the 3rd US Artillery each took a Torklift Fastgun and rushed to their primary weapon, a Civil War Parrot rifle (John’s cannon). 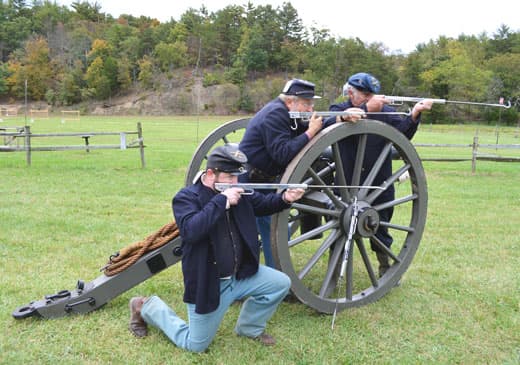 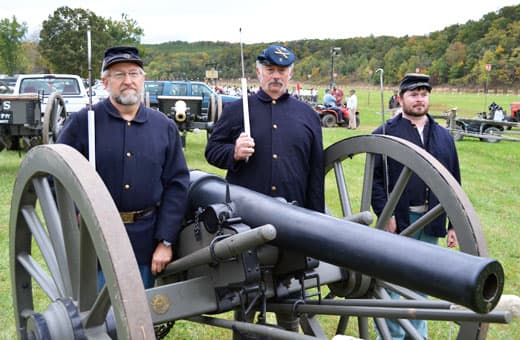 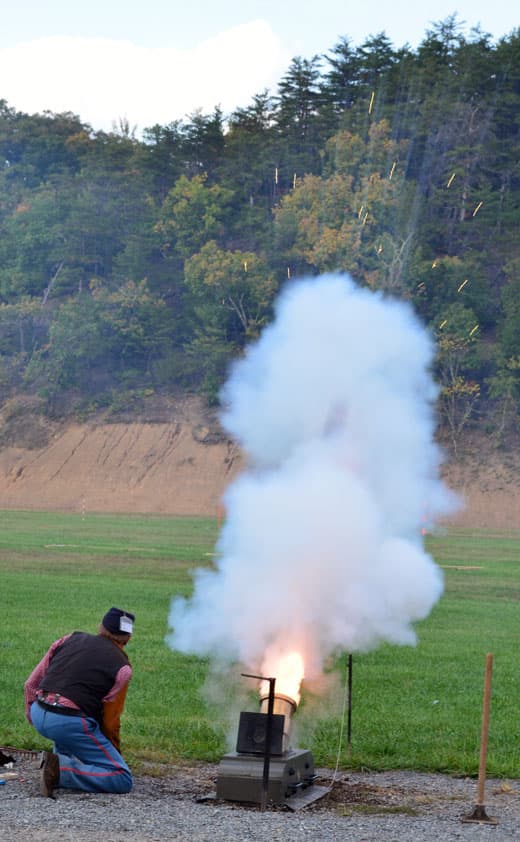 The 3rd US Artillery carefully aimed and fired their brass mortar seven times.  Corporal Wells manned the trigger.  If you look carefully at the above photograph, you can see the cannon ball as a dark blur in the smoke. 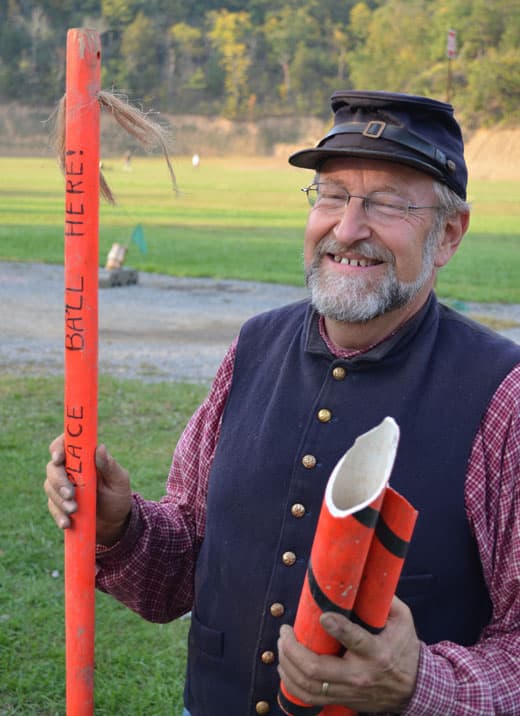 I swear on my cat’s life that I watched one of Corporal Well’s mortars land directly on top of his target marker.  You should have heard the crowd go wild in amazement.  John later proudly displayed his broken target marker for us.  If I hadn’t seen it with my own eyes, I wouldn’t have believed it.

At Saturday it was time for the 3rd US Artillery’s favorite event, the live fire Artillery Match.  Corporal Wells asked if Angela and I would like a lift over to the artillery range.  We thought he meant in the truck, but he offered us the seat on the cannon carriage in tow. 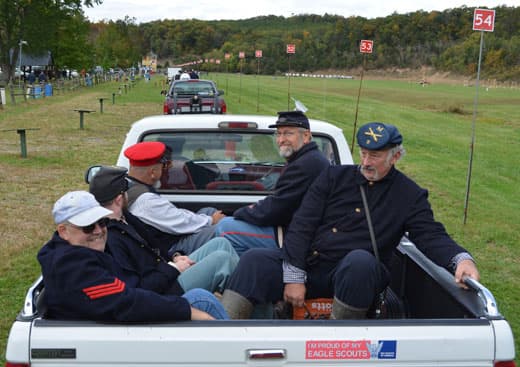 With a Parrott cannon rolling behind us, I took this picture of the 3rd US Artillery heading off to competition.  When we reached the safety line, Angela and I hopped down and joined the spectators.

When I asked Corporal Wells how loud the live fire artillery event would be, he said, “Like thunder”.  He wasn’t kidding.  Every time someone yelled, “Fire!” you knew all heck was about to break loose.

In the above photograph you can see the 3rd US Artillery on the right having just fired their cannon and another artillery unit on the left firing their cannon.  To think that American men went into battle against these weapons 150 years ago is almost inconceivable.

Thank you John, MaryLou, the men of the 3rd US Artillery, and the N-SSA for hosting us at your 126th National Skirmish.  It was quite the experience and we encourage anyone who’s interested in Civil War history or Civil War weaponry to attend a N-SSA event.  We had a blast!