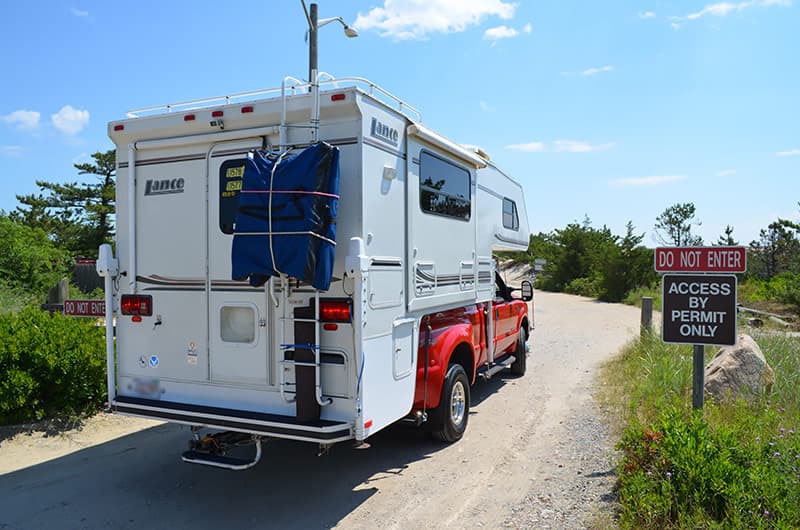 In July of 2012, truck camper rally organizer, Mike Tassinari (aka Mikeee), took Angela and I out onto Sandy Neck Beach Park in West Barnstable, Massachussets for our first ever truck camper beach driving experience.  Mikeee believed it was criminal that we had yet to drive a camper onto the sand, and willing to show us how it’s done with his rig.  Brave man.

Sandy Neck Beach has a convenient and well designed permanent air station for airing down before entering the beach and airing back up for traveling the roadways again.  On our way in, Mikeee showed us how to air down his truck wheels using his preferred Staun deflators.

The brass Staun deflators fit the tire valve stem and automatically deflate the tires to a set pressure. 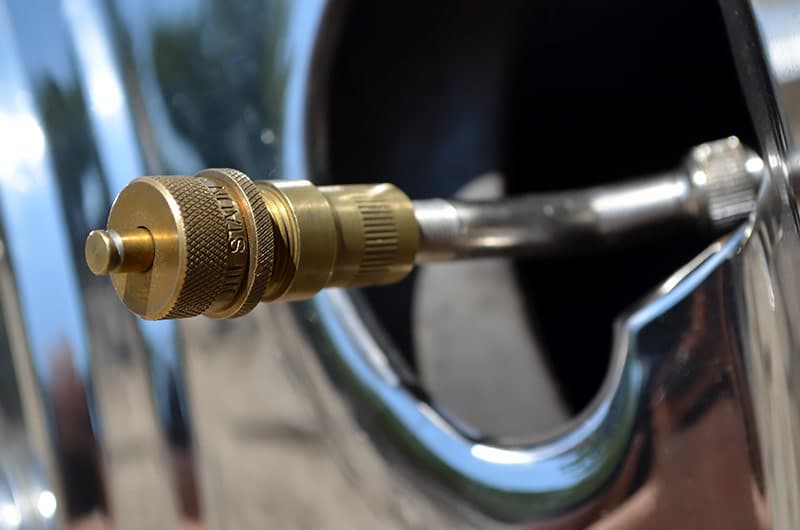 Mikeee explained that the deflators made airing down not only faster and easier, but more accurate. 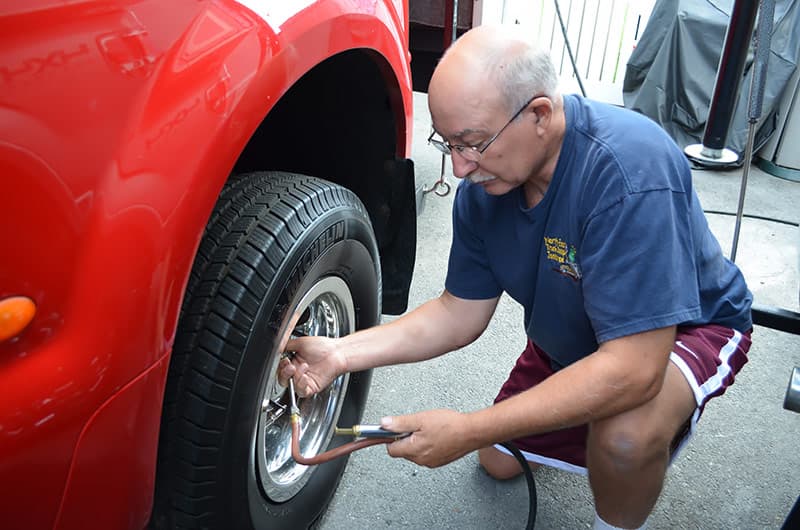 Mikeee also showed us the valve extension system that allows him to access the inside rear dually tire.

He told us that he likes this system the best because if one of the braided extensions bursts or breaks you will not lose tire pressure.  Down the inside of this braided extension is a hardened wire. 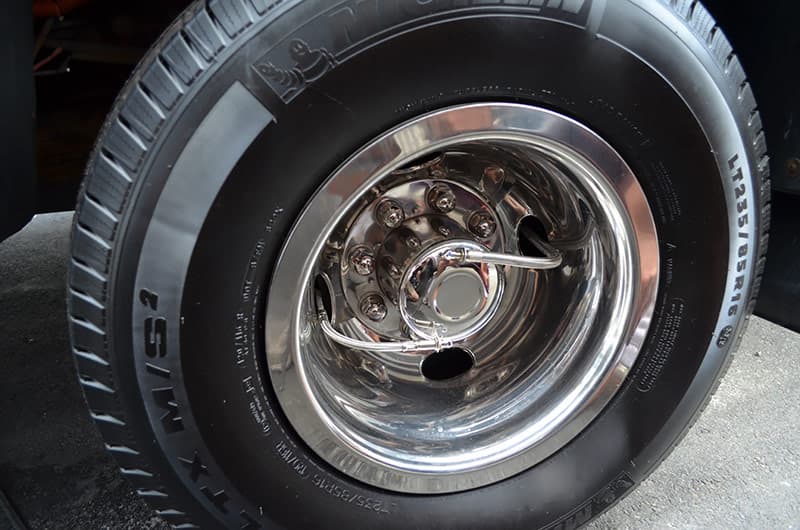 Without this extension system, it would be very difficult to quickly air up and down the inside dually. 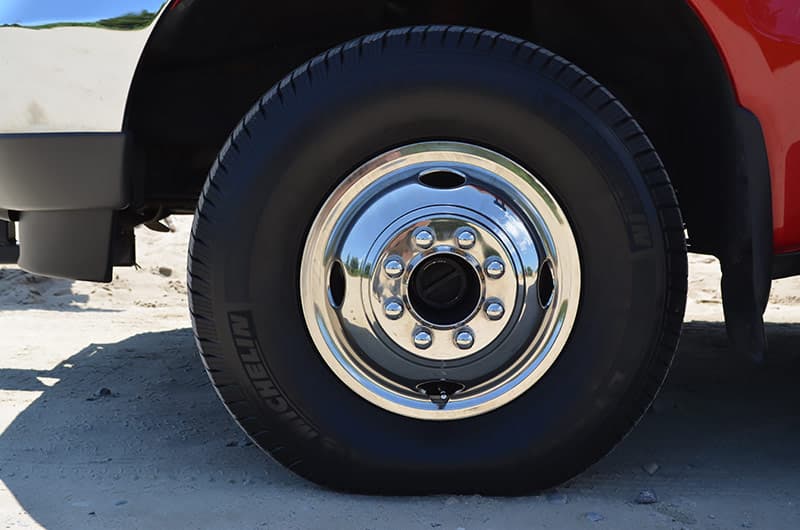 Once the tires were at Mikeee’s preferred air pressure, he put the rig into four-wheel drive low and drove the rig onto the sand.  As he drove, he explained what to do and, more importantly, what not to do. 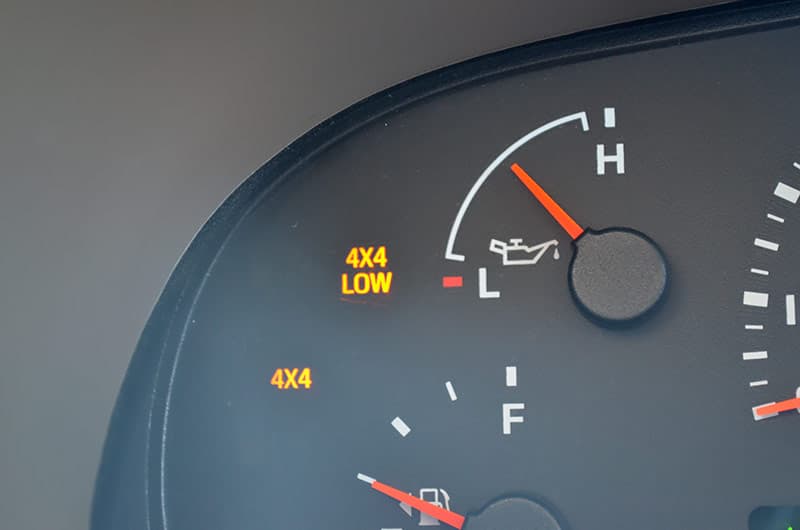 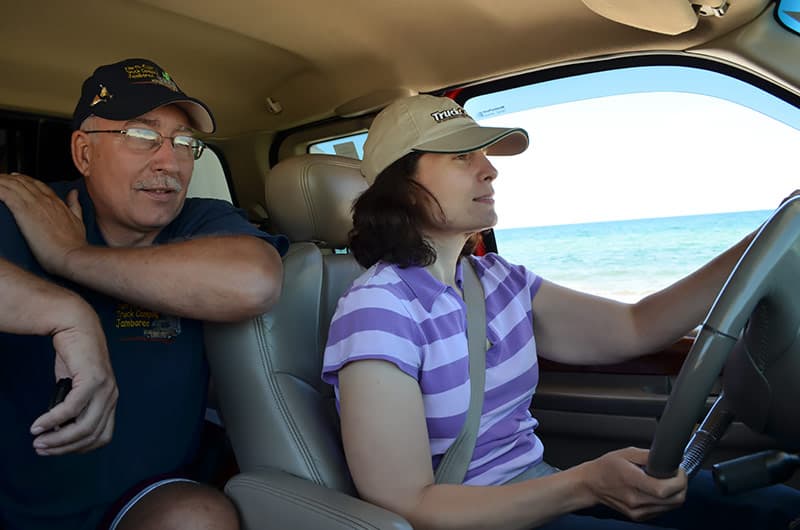 After suitably freaking me out, Angela took the wheel first.  Angela is always ready for adventure, and alarmingly fearless.  With Mikeee sitting in the back seat, she aimed the truck for the tire ruts and kept her speed slow and steady.  I was very pleased when the truck made it’s way down the beach and didn’t get stuck.  Maybe Angela and I could do this…

“Now change lanes!” Mikeee insistently instructed from the back seat.

With that, Angela turned the wheel out of the ruts and into the soft sand.  Sitting the in truck you could feel the loose sand shifting under the truck’s wheels.  There was never a sense of losing control, but no one would mistake this for pavement.  A moment later, Angela found another set of tire ruts and continued, slow and steady, down the beach. 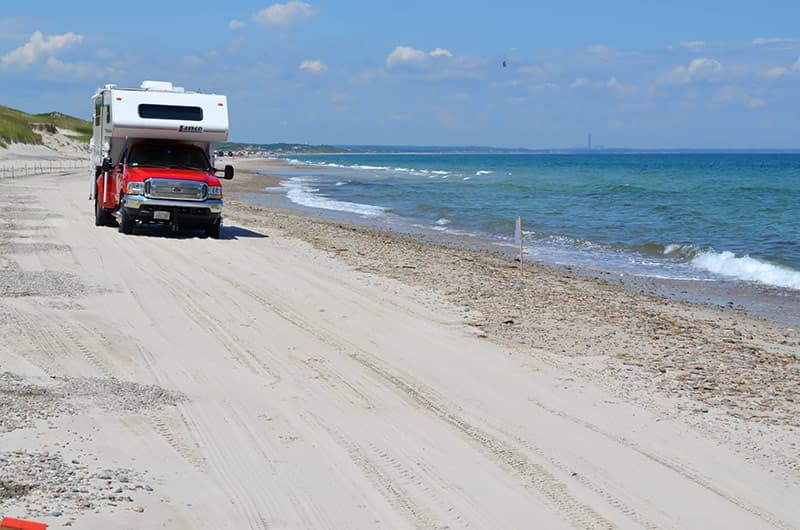 Taking the wheel, the truck felt more confident than I expected driving on the tire ruts.  When Mikeee had me change lanes, there was a moment of soft sand dancing, but that abated when we settled back into the tire ruts.  When Mikeee pointed me to the open sand, the rig performed beautifully.  Again, slow and steady was the rule, but we never got stuck, and I never felt out of control.

Driving off the beach, we approached the air station to re-inflate the tires.  This was no different than inflating car tires at a gas station.  Mikeee used a tire pressure gauge designed for the higher air pressures used in pickup trucks.  After about ten minutes of airing up and checking air pressures, we were ready to go. 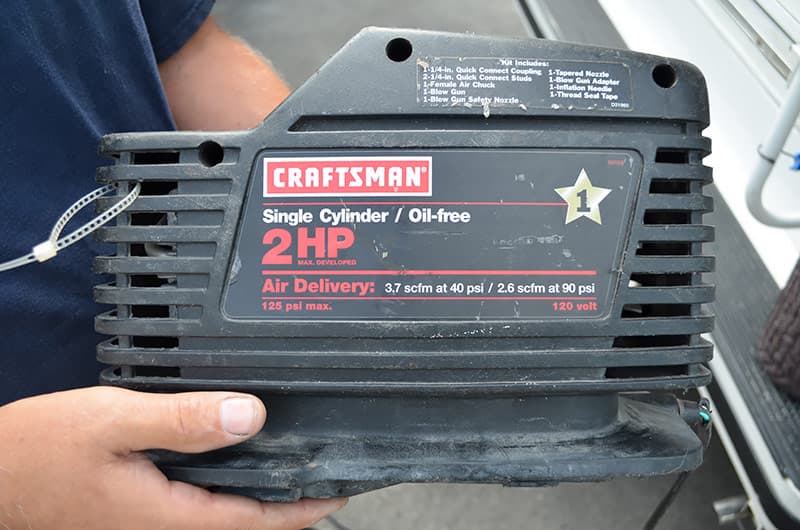 As we were wrapping up, I asked, “What would we do if there wasn’t a permanent air station Mikeee?”  Mikeee showed us his portable air compressor, a Craftsman single-cylinder, two horse power unit.  “We would use this,” he answered.  One thing about Mike is that he is prepared for almost anything.  His camper is something between a Home Depot and a Camping World, on wheels.  Rumor has it he travels with two grills, an ice maker, and an electric chainsaw. 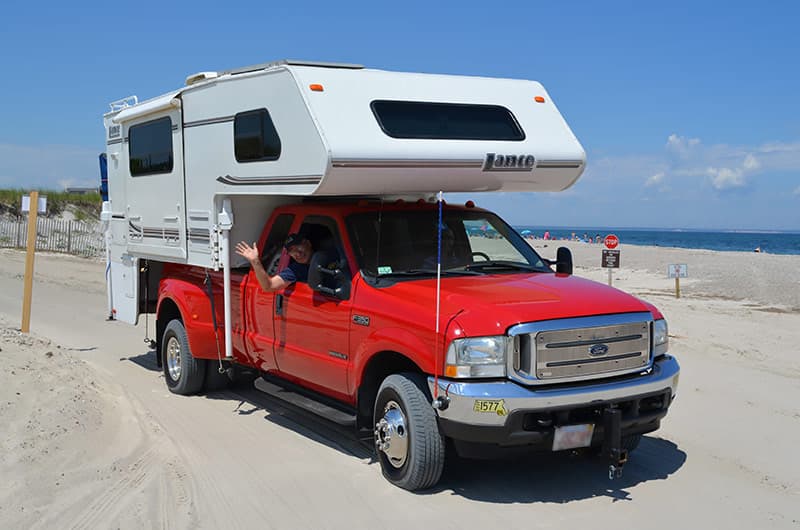 I was reminded of our beach camping drive with Mikeee by a Question of the Week suggestion by reader Stu Banham.

“I’m dreaming up the perfect truck and camper build in my mind.  In a perfect world, that would be a 2017 Tacoma TRD Pro with a Four Wheel Camper on the back.  That would get me where I want to go.  As part of this dream build, I’d like to know where Truck Camper Magazine readers mount their air compressors.”

Click here to read about air compressors that readers use and where they mount them.