Lance Camper has announced the first 360 degree virtual tours of their truck campers on their website, LanceCamper.com. 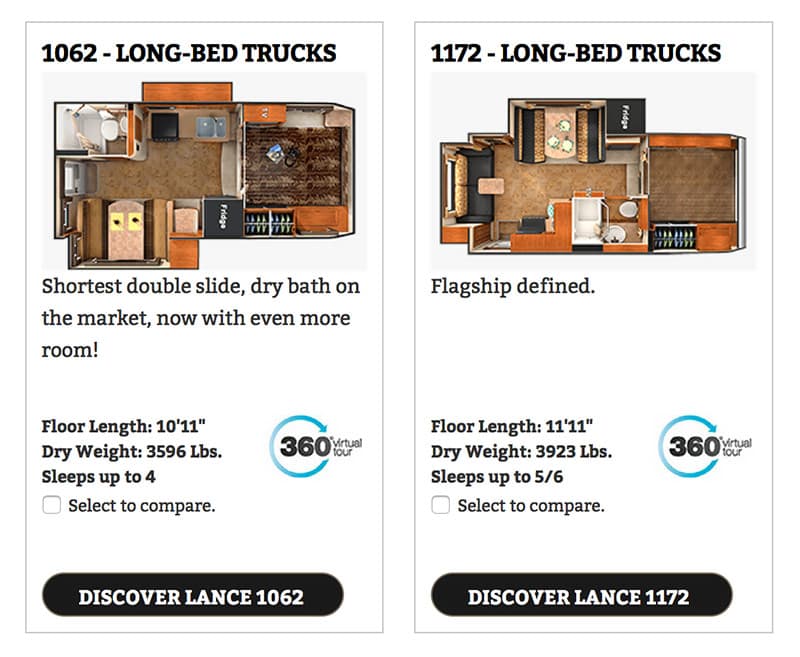 Above: Look for the 360 Virtual Tours logos the Lance Camper website.

Once completed, these tours will allow you to explore all Lance’s truck campers and travel trailers in 360 degrees from your computer, tablet, or smartphone.

Within the virtual tours, you can scan, zoom, and move from area to area.  For example, you could zoom in on the Lance 1172 kitchen sink, scan around to the dinette, scan up to see the ceiling features, and then click to the cabover bedroom to scan and zoom that area. 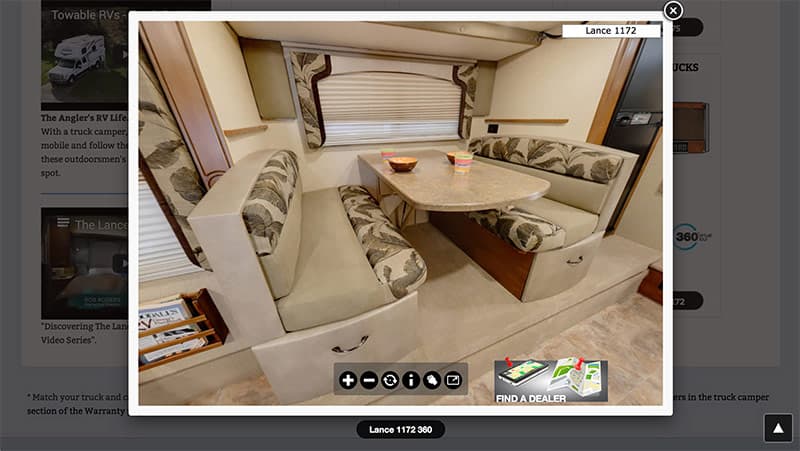 Above: Zoom around to see different areas including the dinette, kitchen, and bathroom 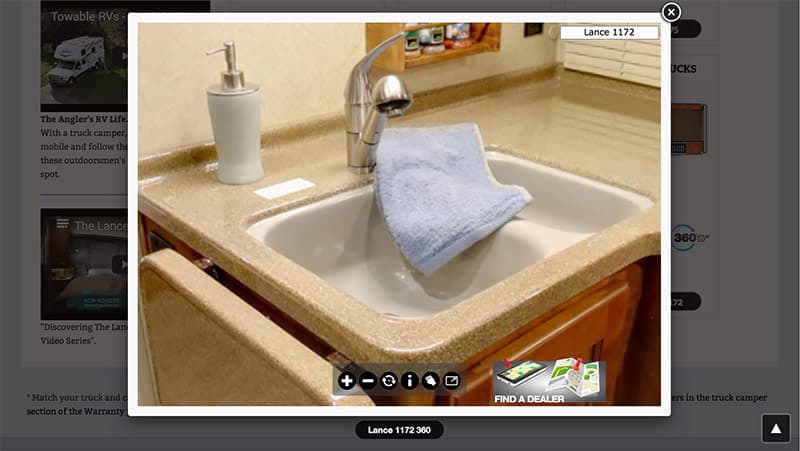 Above: You can zoom in to see details like the kitchen sink in the Lance 1172 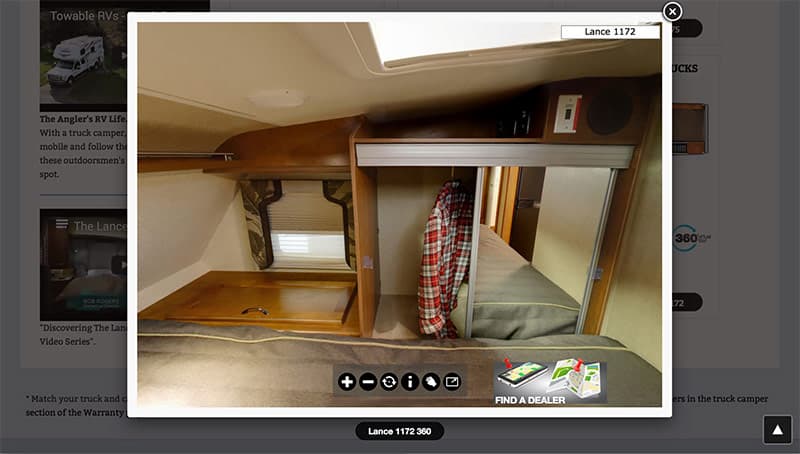 Above: You can move from area to area with a camper for more 360 virtual tours

360 virtual tours are the next best thing to going to your local Lance dealer and seeing a unit in person. Okay, that’s not exactly true. In the relatively near future nearly every consumer-focused product will exist in virtual reality. Of course then folks will start “traveling” without leaving their houses, and the RV industry (along with nearly everything else) will cease to be viable.  Take the blue pill Neo, and keep on truck camping in the real world.