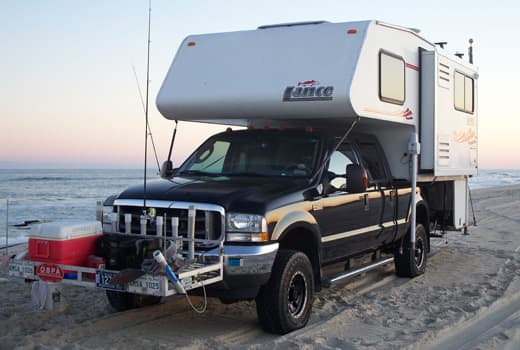 “The cabover struts are great.  They do serve a purpose.  The biggest difference comes on concrete roads or roads that are sectioned off.  The bridge that we drive on when we leave the Outer Banks is a prime example.  Prior to having them I would notice a porpoising effect where the truck would lurch forward and back over the seams. They helped slow down the effect and made a better driving experience.  I am sure there is nothing that will fully take out the lurching, but there is a difference and they do help.  They have met my expectations.  We are going on six years of using the struts and I would purchase them again.

They will rust.  The rams are stainless and the bodies are anodized.  They hold up well, but the ends are made of a lesser metal.  I have to keep them greased up and lubed at all times.  The ball joint end needs to be lubed regularly to keep it moving freely.  WD40 will help with the surface rust.  The part that attaches to your A-pillar under the cowl panel is made of a powder coated metal and needs a new coat of paint.  Keep in mind that we camp in a highly corrosive area at the beach.” – Ron and Michelle Humphress, 2004 Ford F350, 2005 Lance 881 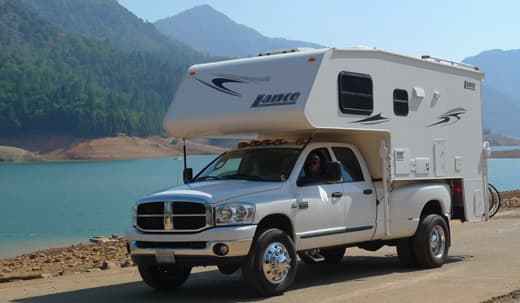 “We got the struts when we bought the camper about two years ago.  I felt the forces of bouncing and twisting from the two would place excessive stress on the cabover part of the camper where structure fatigue and leaks could take place over time.

We see the struts at work on the road.  They are in constant motion in and out dampening the independent movement of the camper from the truck.  I’m not curious to experience the road without them.

The only complaint I can think of is the little spring washers that we are constantly loosing.  This is a minor issue, but annoying.  The spring washers keep the struts from rattling when attached to the truck and camper.  We should buy a bunch of spring washers before our next trip.” – Ed and Terri Bruns, 2007 Dodge Ram 3500, Lance 1055

“We have used the camper with and without the struts.  The camper bounced a lot without them, and a lot less with them.  We would recommend them to everyone with a camper.  We think they make the truck and camper more like a single unit and are very beneficial to the rig.” – Kevin and Margaret Rustausky, 2002 Ford F350, 2007 Lance 992

“I have had the camper and truck going on three years.  It’s a big rig and I love it.  I think the struts do improve the ride, but I haven’t used the rig without them.  We had two smaller truck campers without them.  I would say the sway and ride is improved overall with the struts.” – David Jalbert, 1999 Dodge Ram 3500, 2001 Lance 1121 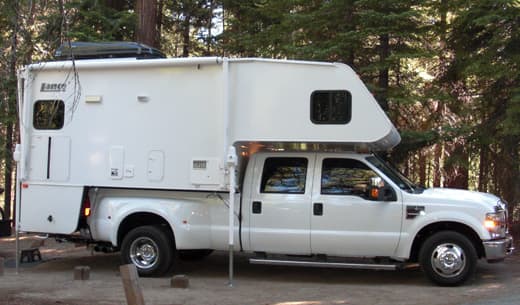 “Cabover struts seem to have performed well for me.  I used them for about three years until recently when I sold my camper.  I never drove the truck camper without the struts.  They did squeak during use.” – Matt Krofcheck, 2009 Ford F350, 2009 Lance 1181 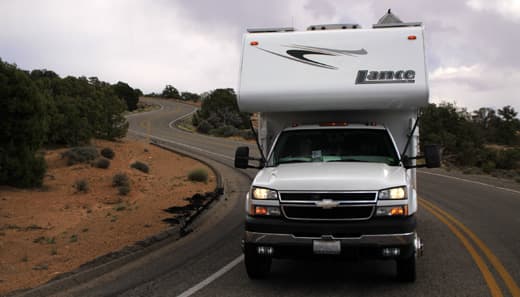 “I like cabover struts.  We’ve had cabover struts on the truck since we purchased the camper in 2009.  We’ve driven with them installed and not installed.  On smooth pavement (open road), there’s not much difference.  However, when we encounter some concrete highways (like southern California freeways), the struts make a big difference.

The struts have become part of our routine and I don’t think of them much.  When they were new, one of the struts squeaked when they moved.  That’s how I knew they were working.  The squeak has all but disappeared over time. 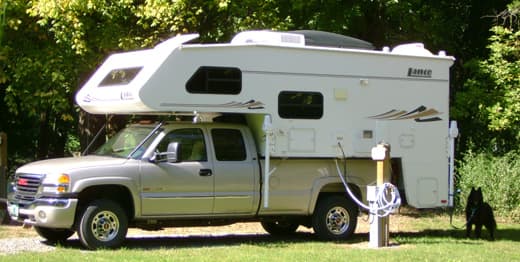 “I’m not sure what we think about the struts.  They were sold to us at the time of purchase of our Lance 1030 back in 2006.   Do they actually do anything?   It’s hard for me to tell since we have not used the camper without them. 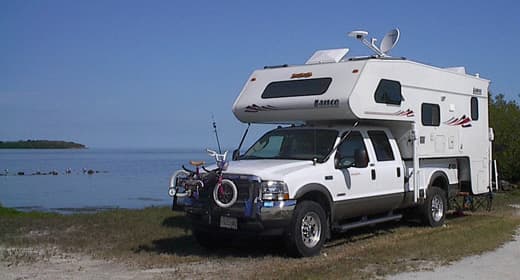 “We have used cabover struts from the beginning of our truck camper operations.  Our long bed crew cab seems to have some flexing, particularly on concrete roadways and bridges.

We just recently drove the rig, on the hottest day of the year, from our home north of Baltimore, to Ocean City, Maryland, over the Chesapeake Bay Bridge.  The roadways were exceptionally rough, and the struts were dampening the porpoising constantly.

On the sand at Assateague Island they are also very noticeable.  Years ago I tried with and without the struts, and there was a definite difference.” – Skip Bosley, 2004 Ford F350, 2005 Lance 1121 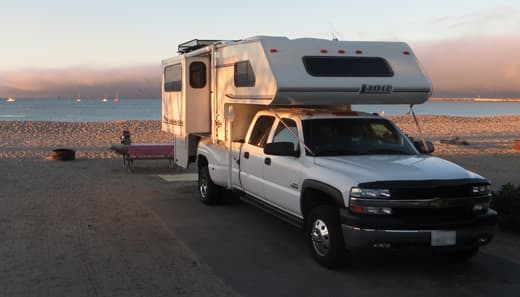 “I love the cabover struts.  While driving, you can tell they are doing what they were designed to do.  We have had our 1121 Lance and Chevy truck for about one year and we have not driven without the struts.

We found that removing the camper was much easier than we anticipated and installing the camper back on the truck was not difficult either.

We love our truck camper.  We have dry camped on the beach, and luxury camped at the Chula Vista RV Resort.  We love Cat Tail Cove in Arizona.  I have your magazine to thank for helping make the decision for a truck camper.” – Scott and Sylvia Mitcheltree, 2002 Chevy 3500, 2002 Lance 1121