For Behind the Shot Part 3, we are featuring photos and stories from Pismo Beach, Death Valley, the Sabine River, Kit Carson, and many more!  Click here to participate in the 2021 Truck Camper Magazine Calendar Contest and be considered for a Behind the Shot feature. 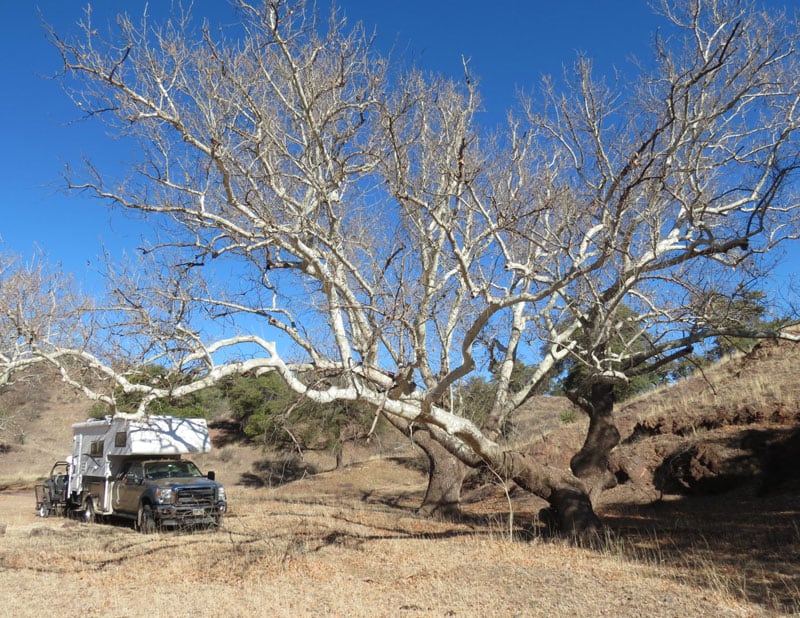 In February, Jan and I were camping in Patagonia, Arizona and passed this site near the old town of Harshaw while riding by in our Polaris RZR.  The shape of the Sycamore tree branches cried out for a photograph.  After breaking camp we brought the camper towing the ATV, and parked beneath the Sycamore.  The early morning sun and the leaf-less branches created a great shadow pattern. 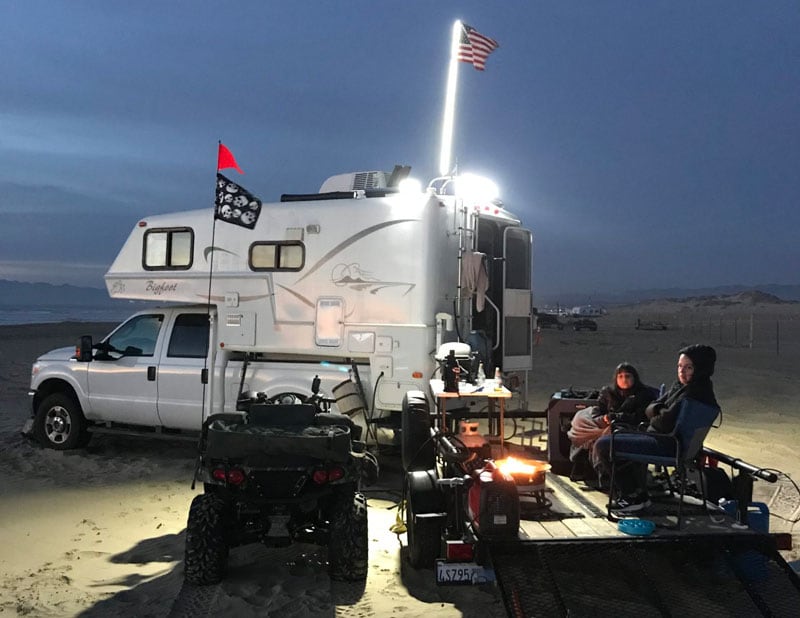 We went to Pismo Beach, California to spend time with family testing out my new Polaris 570.  I love camping on the beach with my family. 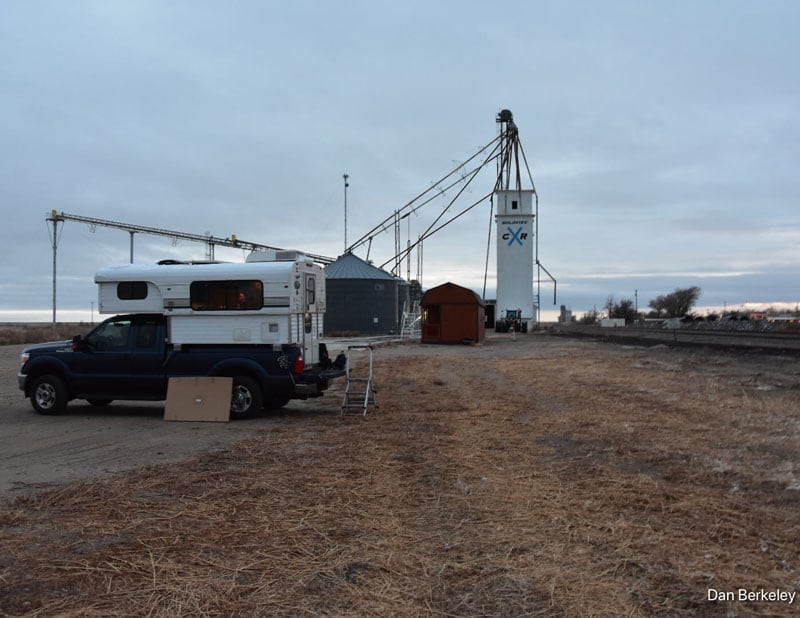 This was taken in Kit Carson, Colorado, near the Colorado/Kansas line where I was to meet steam engine UP4014.  I drove out the night before to meet the engine at 10:00 the morning of November 23, 2019.  We were between snow storms.  It was about 20 Fahrenheit and very cool.  Before the train arrived, about 100 cars joined us there.

This was boondocking, and well worth the trip.  The Alaskan camper kept three of us warm, comfortable and happy. Because the town was small and the crowd polite, we were able to see it up close and touch it.  When the whistle signaled “time to leave”, you could feel it in your chest.  Ed Dickens and his crew were very kind to us. 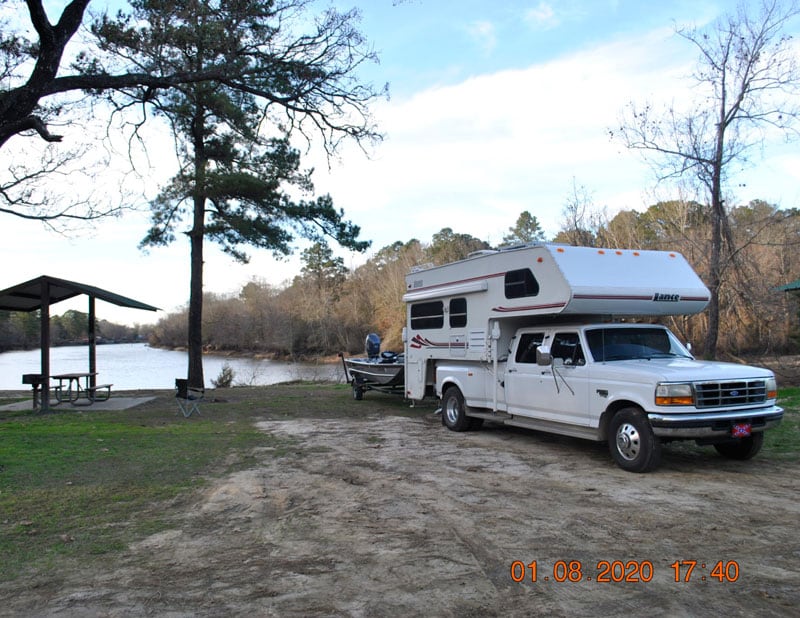 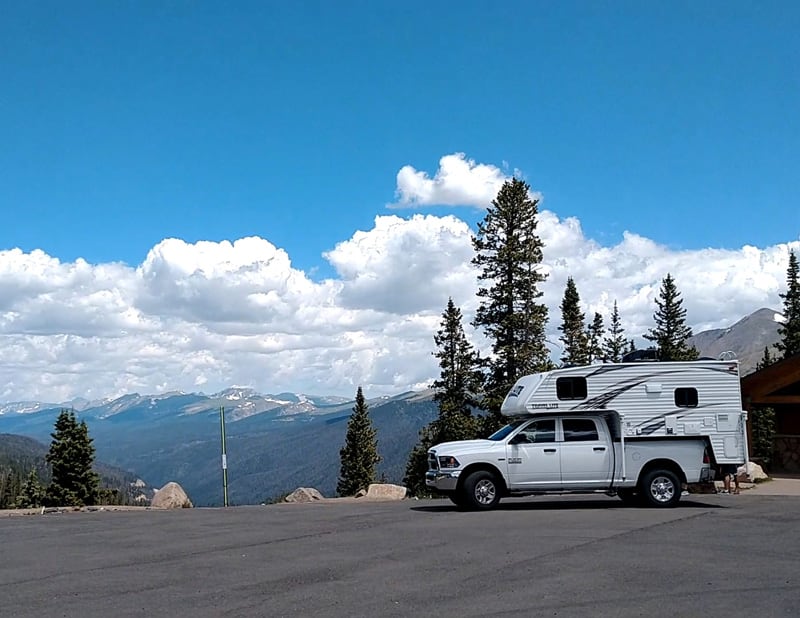 Here’s a stop on our Gaining Altitude video series in our unsuccessful attempt to escape the summer heat and humidity of our Georgia home. The outside temperature when this photo was taken was 88 degrees Fahrenheit. 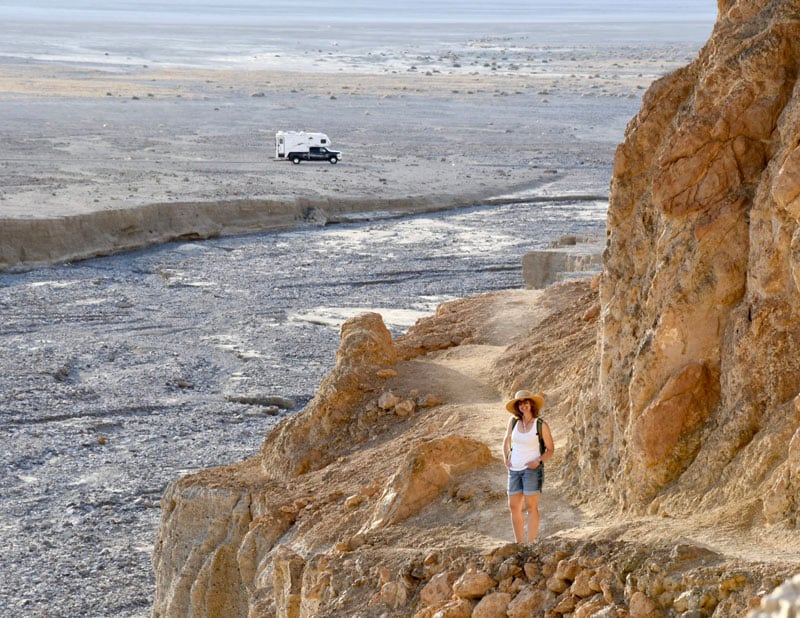 We’re just closing up nearly six months and over 18,000 miles traveling around the country. We were leaving the LA area, north along I-5 heading home to Portland, Oregon. We happened to stop for some good Mexican food at Bowersbank, just east of Bakersfield on I-5. After looking at the map, we decided to backtrack back east and spend one more weekend out visiting Death Valley before pushing north back home. We wanted one more weekend in the warm sunshine before returning to the cold north.

One of the hikes we did over our time in Death Valley was the Golden Canyon trail. As we were coming out of the canyon, you could see our truck and camper sitting alone alongside the road. It looked like a Tonka truck sitting out there all by itself. I snapped a couple pictures with Candice on the trail and the truck in the background. Pictures like these show the truck camper lifestyle we enjoy so much. 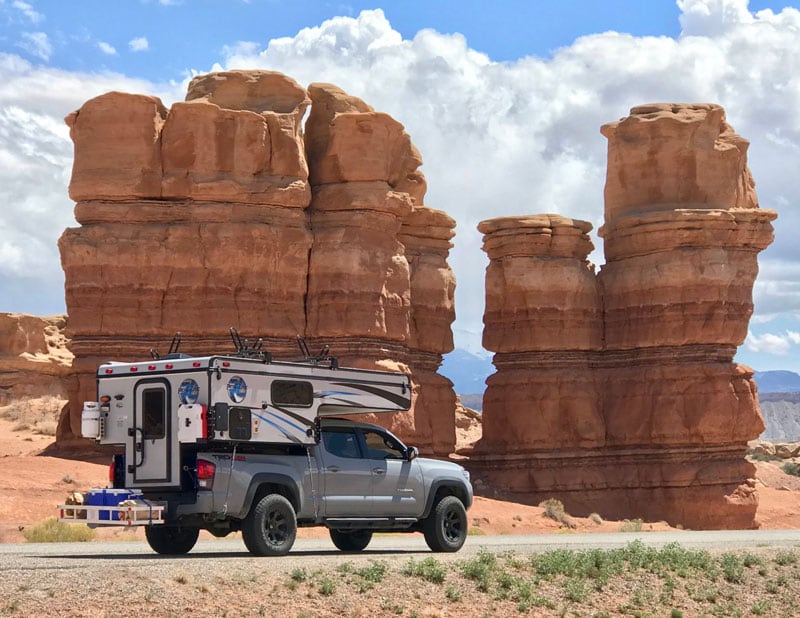 After months of setting up our new Tacoma truck camper combo we were on our maiden voyage to southern Utah to to spend 17 days in the backcountry. We managed to find some spectacular country that simply blew our minds. The beauty was everywhere we looked, exceeding all of our expectations that we had been dreaming about for months.

We managed to set up camp in a different location every night with a different backdrop to enjoy, cooked some amazing meals over the campfire, and sat looking at the star for hours. This us time was just what we needed to reconnect with mother nature and to be reminded how lucky we are to enjoy this lifestyle chasing our dreams and looking for adventure. 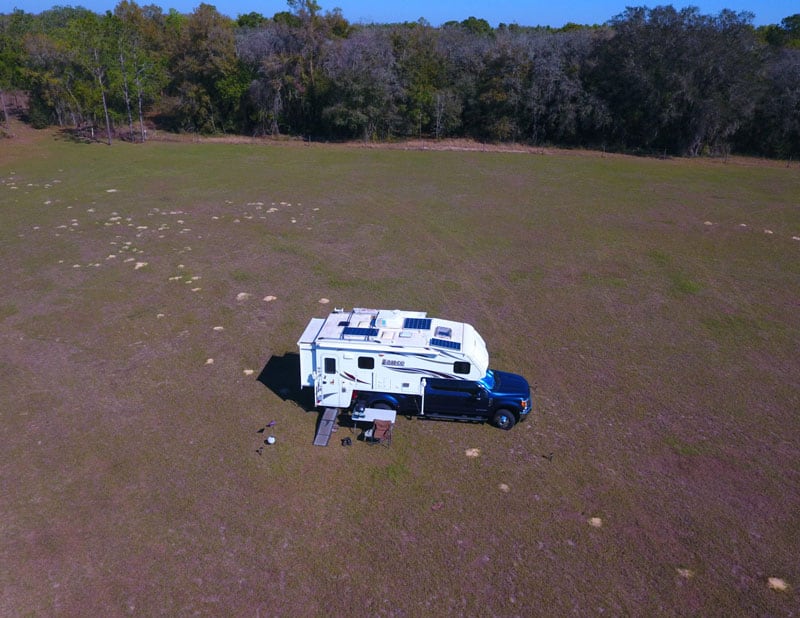 Withlacoochee River Park borders 875 square miles of Green Swamp in west central Florida. There was lots of wildlife and it’s a great place to bring the telescope. There is plenty of camping in the area as well as some nice state parks. 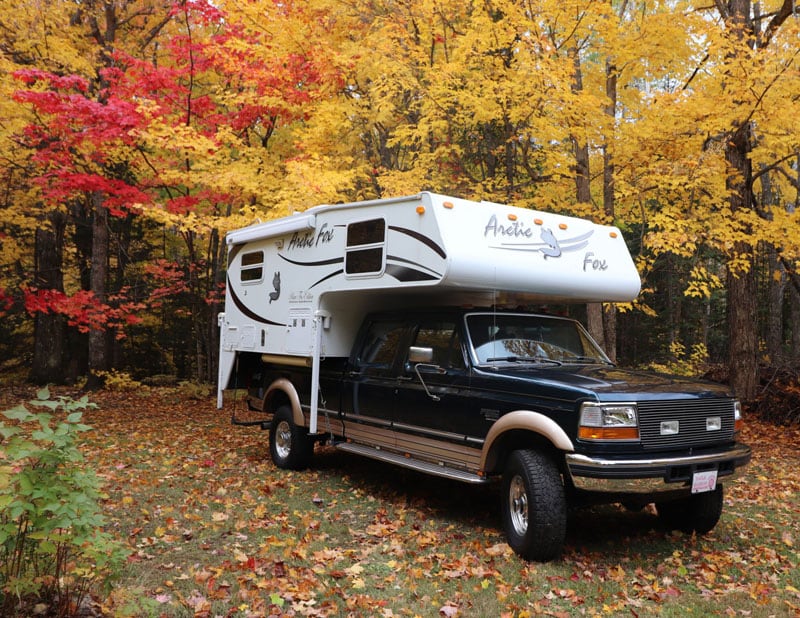 We live in the UP of Michigan and there are many logging and forest roads that you camp on and be all by yourself. It is especially beautiful in the fall with all the colors and peace and quiet. 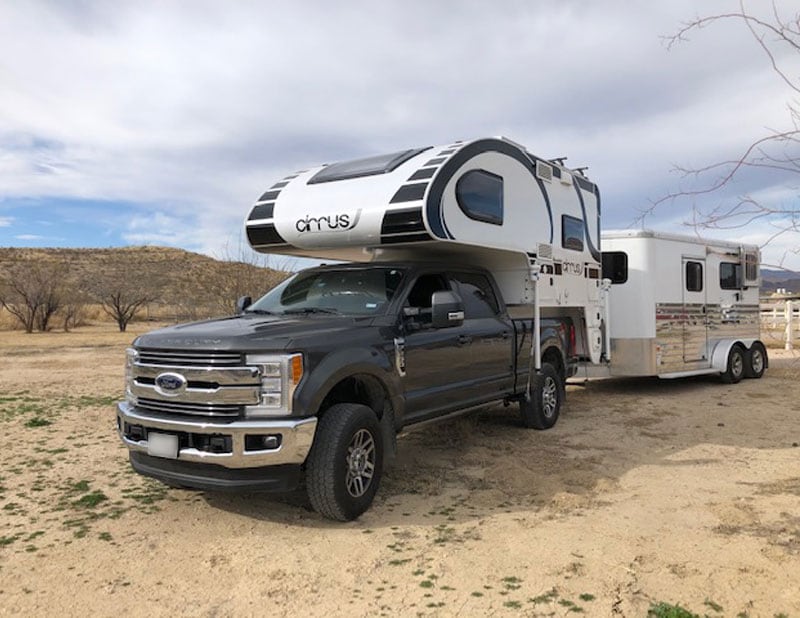 The photo was taken in Lajitas, Texas in February 2020. Some friends and I planned ahead and began our ten day adventure with our horses, driving from the Dallas area all the way down to the Mexican border, stopping in Lajitas. In 3.5 days, we rode our horses 75 miles, returning to our campsites each evening. Other days we did some hiking by foot without the horses.

After a long research process, we purchased our camper in March 2019 because my husband wants to take a two month driving trip from Dallas, out to the West Coast, up to Alaska, across the Canadian Rockies and end up in Quebec for a couple of months, then back to Texas. My husband is not a horse person, therefore, we thought the camper would be a great fit for both of us. When my husband wants to camp, we take off and when he doesn’t go with my horse and me, I take the camper and horse trailer.