For Behind the Shot Part 2, we are featuring photos and stories from Santee Wildlife Preserve, Sea Rim State Park, Capulin Volcano, and many more!  Click here to participate in the 2021 Truck Camper Magazine Calendar Contest and be considered for a Behind the Shot feature. 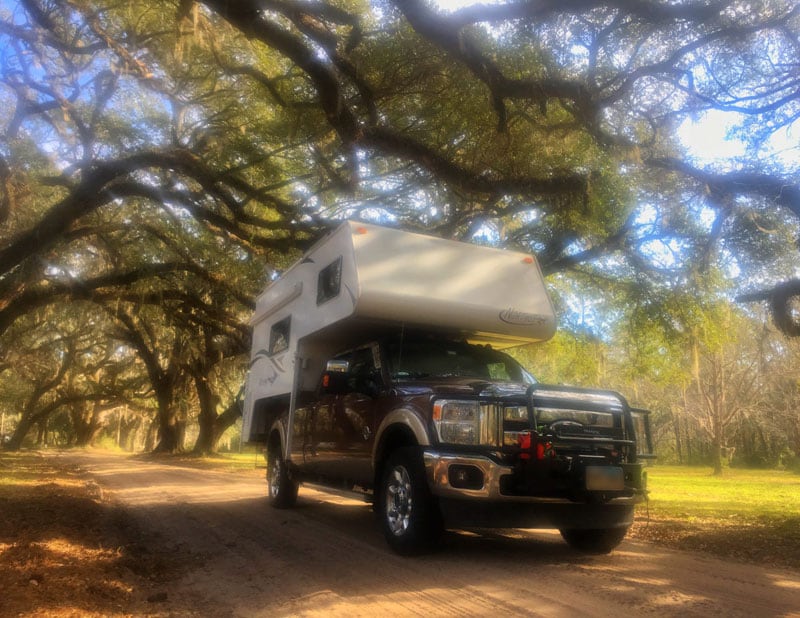 Kevin and I have been living full time in our truck camper, Rosie The Big Brown Truck, for a year now.  This photo was taken when we stopped to spend a few nights in the Santee Wildlife Preserve in South Carolina.  The old live oak trees, draped heavy with Spanish moss, provided cooling shade and a great back drop for this photo.

When camping here, we took long walks and saw amazing wildlife.  At night the coyotes sang us to sleep.  There were a few other campers.  One was even from our hometown in Vermont!  Small world.  You never know who you are going to run into when traveling. 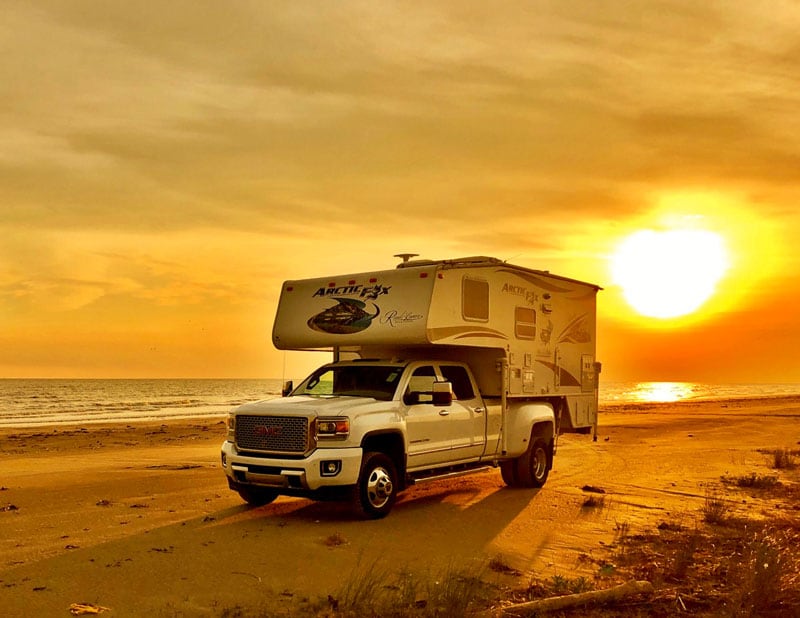 During the winter months, we love to roam the southwest.  Texas has so many beautiful State Parks, that we purchased a State Park pass.  We plan to visit many of the favorite ones before moving further west.  We spent the night on the beach, overlooking the Gulf of Mexico at Sea Rim State Park. 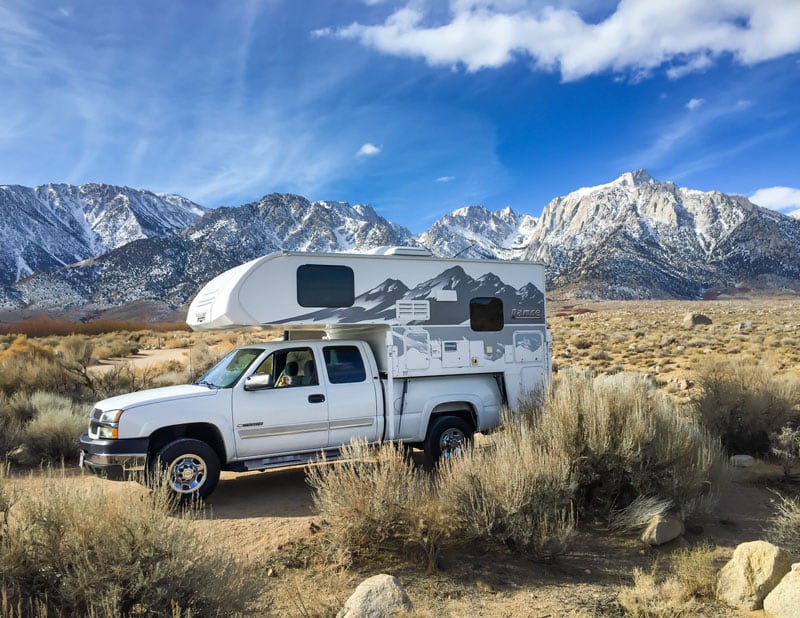 On the way to Death Valley, we camped a couple of nights just outside Lone Pine, California.  The Mountain Scene graphics on our new Lance 825 truck camper nicely complemented the eastern slope of the Sierra Nevada mountain range in the background. 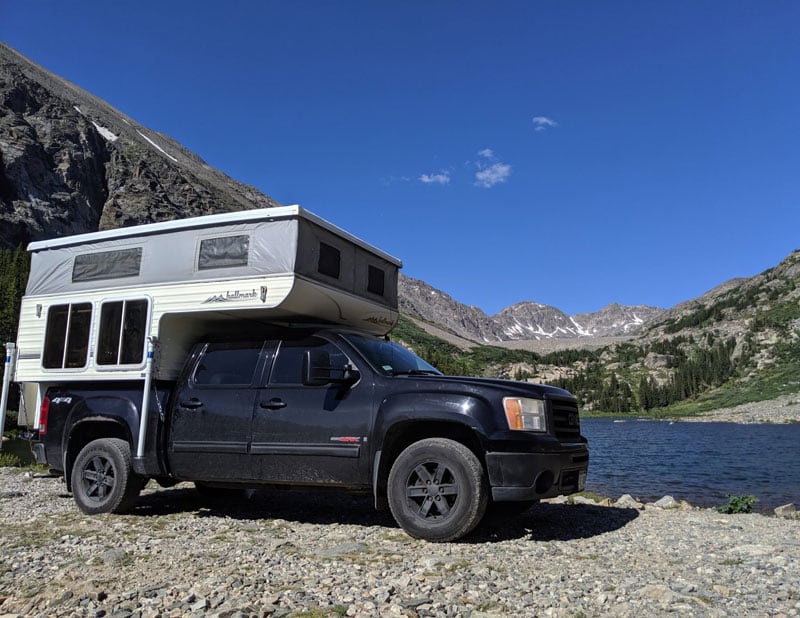 It was our first time taking our new camper and new German Shepherd puppy camping.  This is just south of Breckenridge, Colorado.  The campsite’s elevation is roughly at 11,500 feet. 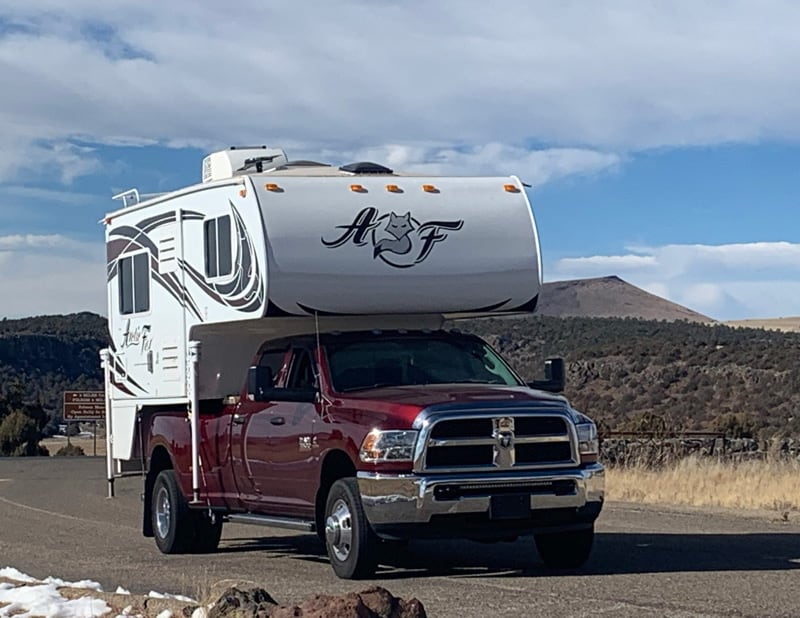 We went out for an early January 2020 trip and stopped to look at the Capulin Volcano.  Unfortunately, it was a closed road going up because it was washed out. 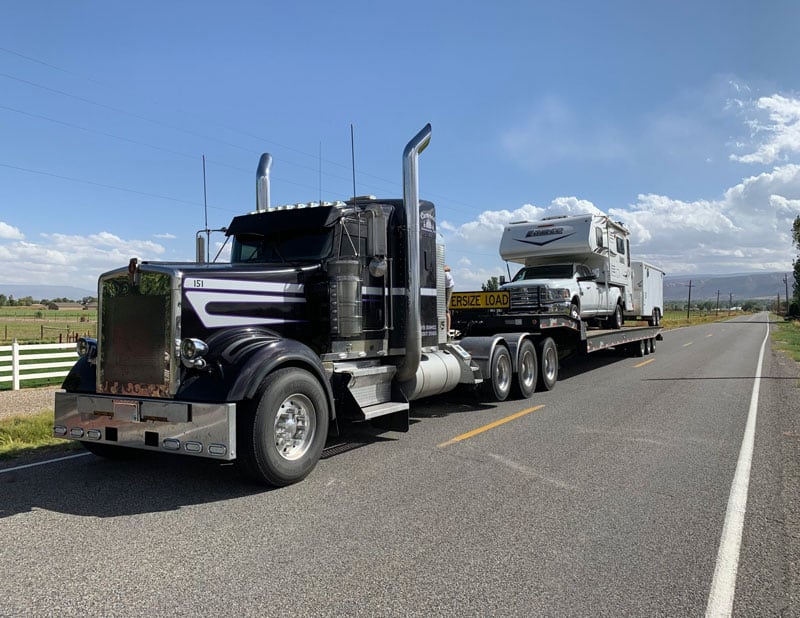 This is how we got home from a trip to Capitol Reef State Park in Utah.  After having a new heavy duty transmission installed in the truck we went for a break in run.  Little did we know the break in turned into a break down 25-miles from Capitol Reef.

After four hours on the phone with Good Sam and State Farm, neither would come get our trailer, nor would they get us home.  The rig could only go (not us) and only to nearest repair facility which was two hours in the opposite direction from home.

So our friends came and picked us up with the big truck.  Interesting story.  Been there done that, don’t need to do it again! 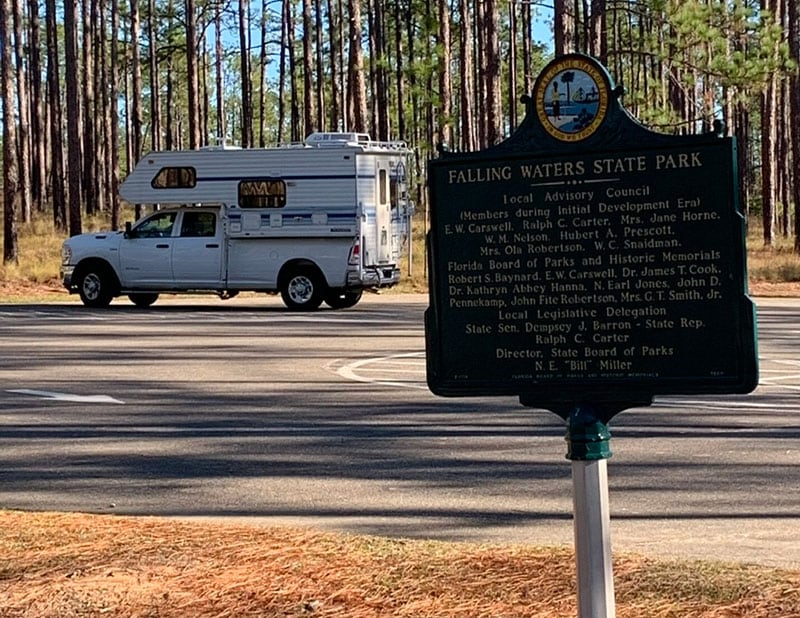 Returning home from Texas after Christmas I had to find a place to stay with power to recharge the batteries.  Falling River State Park had the only working bathrooms with showers in the area.  Most campgrounds still don’t have bathroom facilities because of last year’s hurricane.  Chipley, Florida is near I-10 west of Tallahassee.