The Texas Truck Camper Rally in San Marcos, Texas was held from April 6-9, 2017 at the Pecan Park Campground.  About 50 truck campers gathered for the fifth annual event. 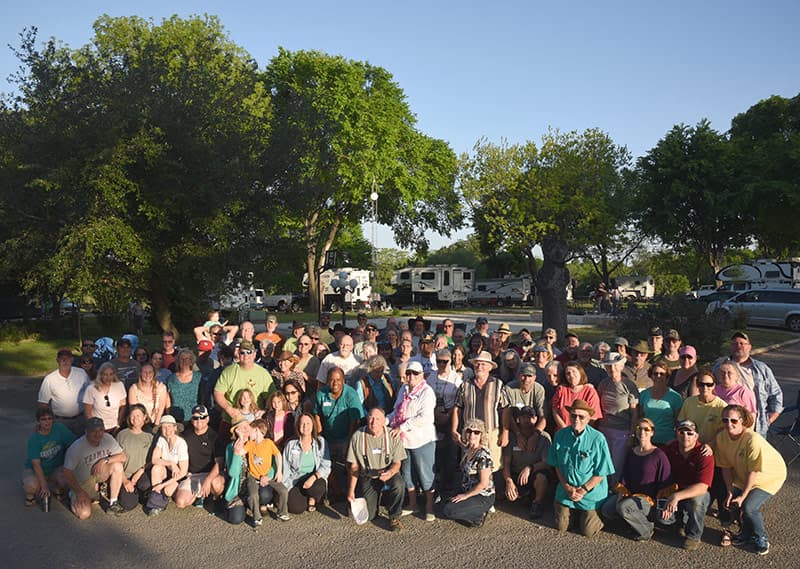 This was definitely not your typical rally with hunger games, a dance with a live band, a chili cook-off, camper walk-throughs, and two two-hour tech talks.  Lindsay Buerger of Princess Craft Campers did a fantastic job of organizing the rally and activities. 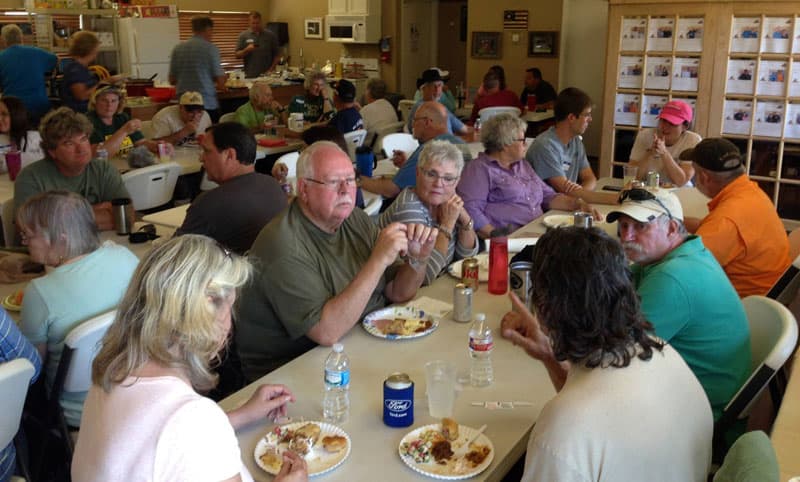 Thursday started with registration in the main meeting hall.  In the evening was a meet-and-greet potluck. 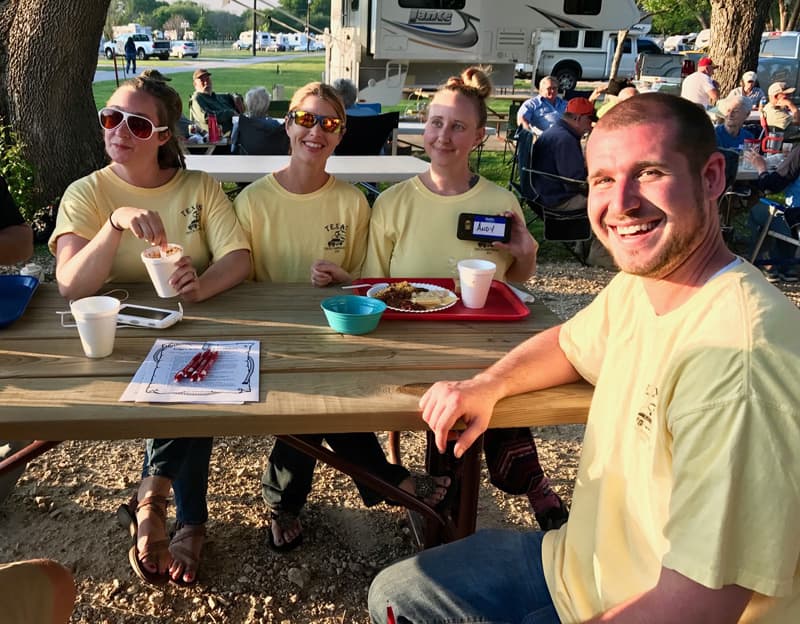 Above: The crew at Princess Craft with Andy Warstler from nuCamp (Cirrus Campers), photo taken by Stephen Smith 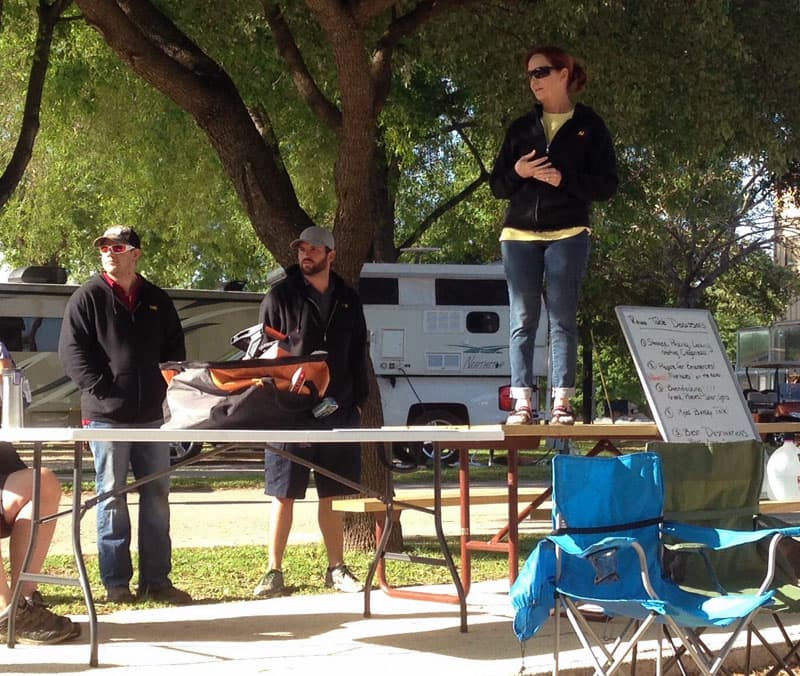 Friday started with an educational talk with technicians from Princess Craft.  In the afternoon attendees opened up their campers so that we could look at different floor plans and check out their mods. 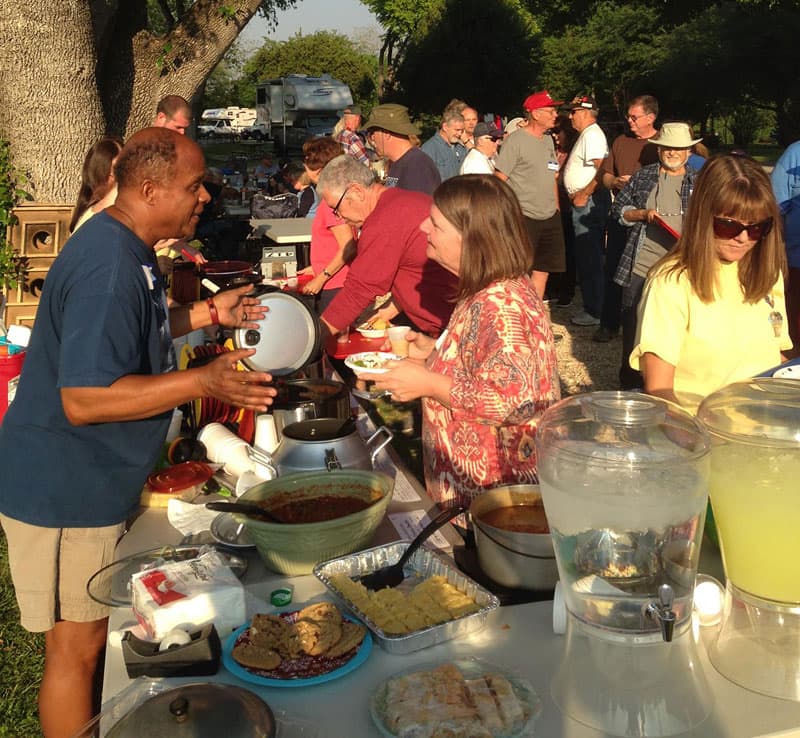 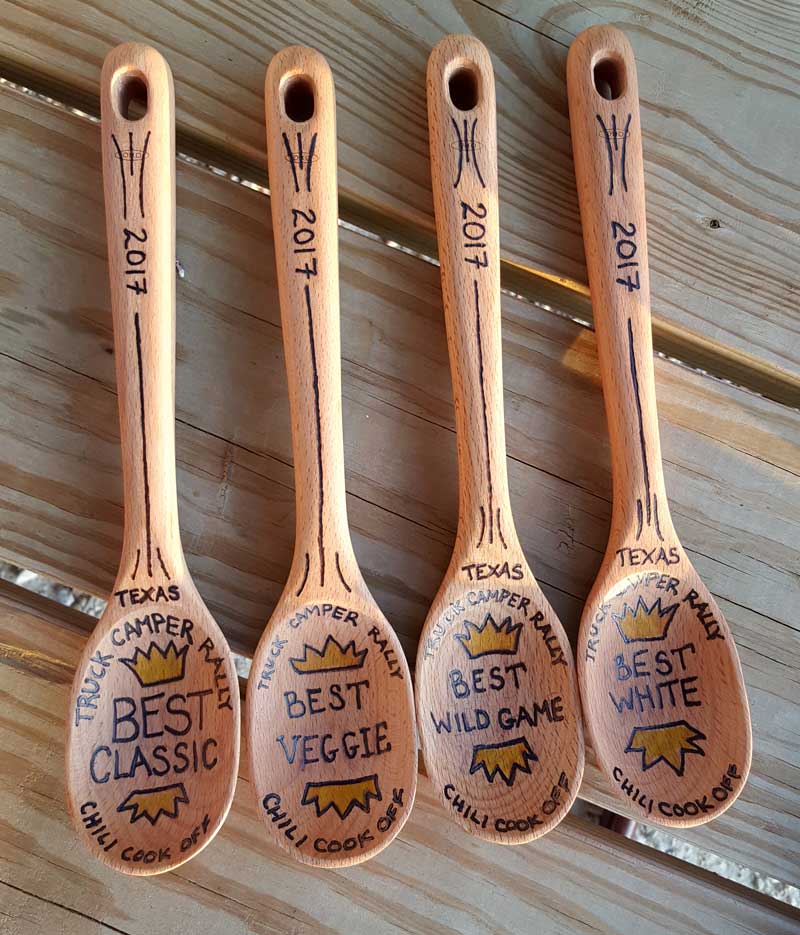 That evening there was a fantastic chili cook-off with four categories of chili; vegetarian, classic, wild game, and white. 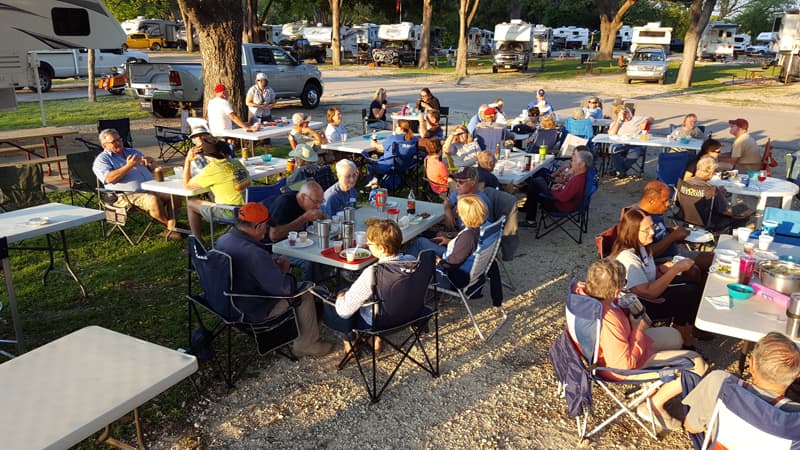 Above: Hanging out at the Texas Rally, photo taken by Lindsay Buerger 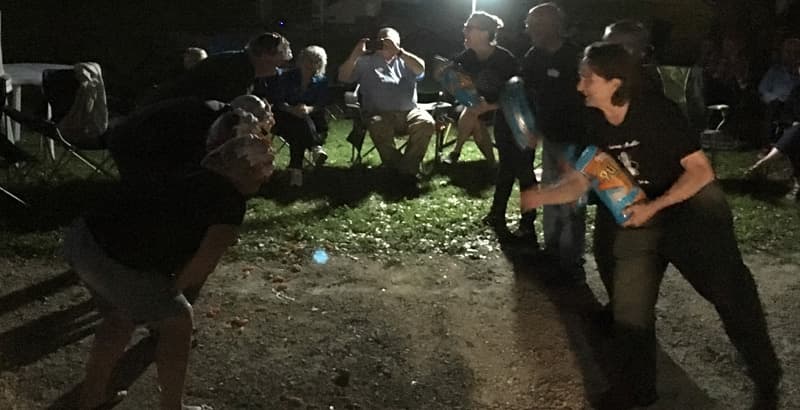 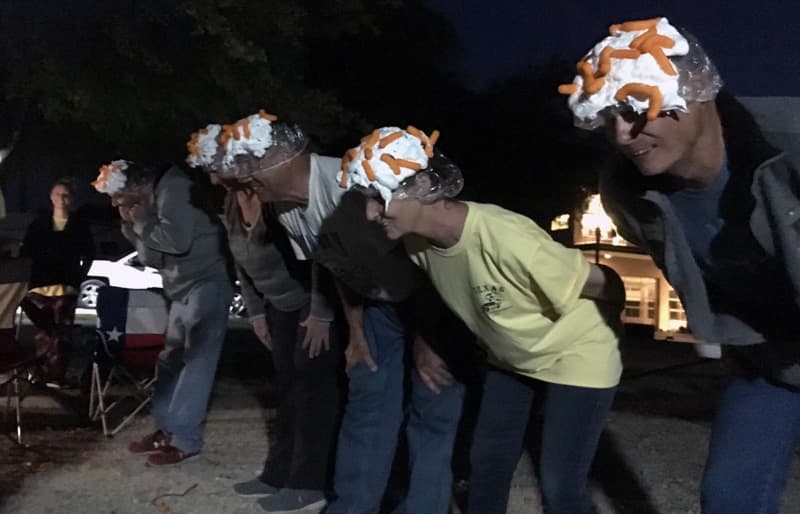 After dinner was probably the most entertaining part of the rally – the Hunger Games.  Rally participants competed in events like throwing cheese curls onto people’s heads covered in whipped cream and shaking out golf balls from tissue containers attached to their hind-quarters.

Above: More from the cheese puff game, photos taken by Lindsay Buerger

On Saturday morning there was a second tech talk.  Attendees then split off into groups to talk about topics like boondocking, camping destinations, and storage solutions.  It was great sharing ideas with experienced truck campers. 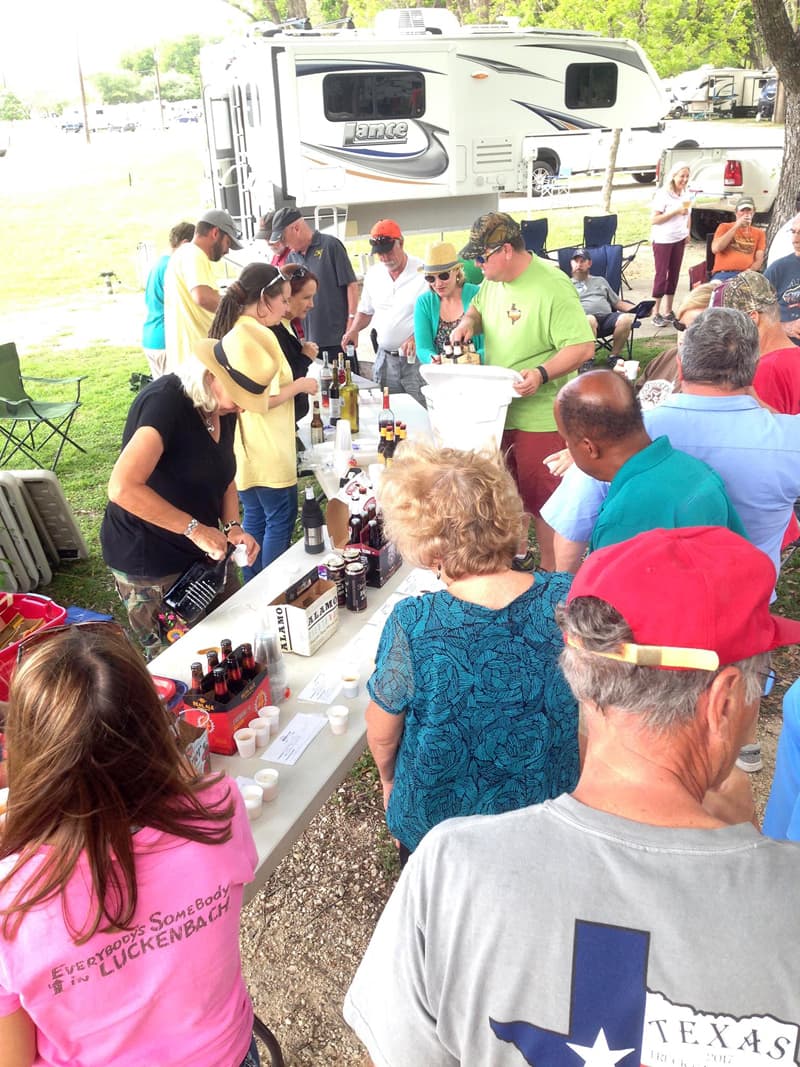 Above: Beer and wine tasting, photo taken by Kathy Stolica

In the afternoon there were more camper tours followed by a field trip out to a local glass bottom boat excursion.  At 4:00pm everyone gathered for a beer and wine tasting followed by a barbecue dinner hosted by Princess Craft Campers. 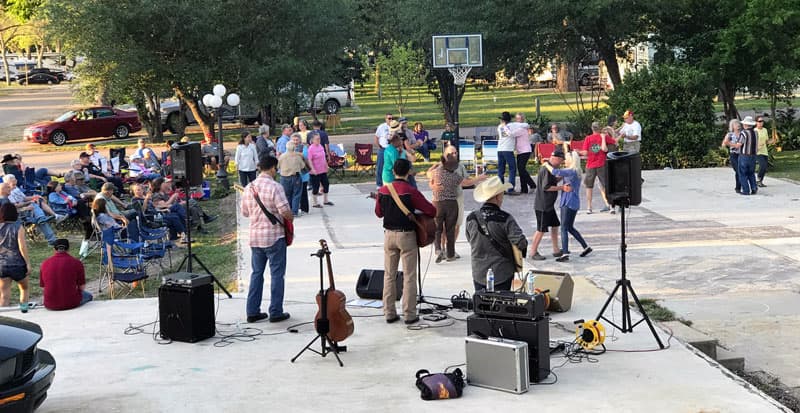 Above: The band and dancing, photo taken by Stephen Smith

That evening we all came together to listen to a great band and dance the two-step. 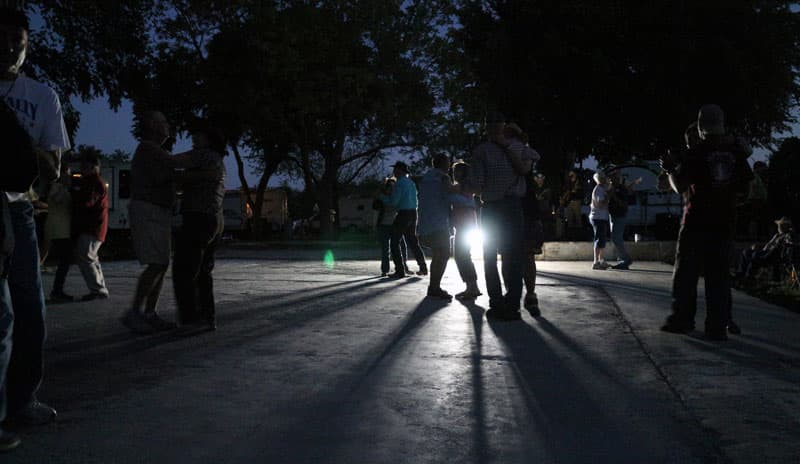 Above: Dancing at the rally, photo taken by Lindsay Buerger

Sunday started with a pancake breakfast followed by a meeting to talk about next year’s rally. 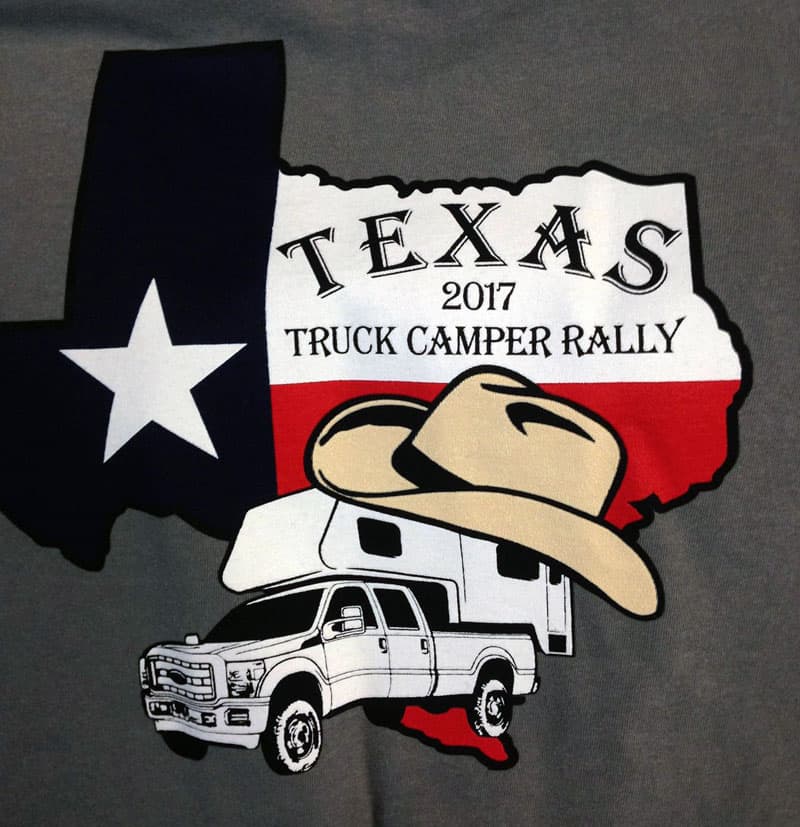 Thank you to Princess Craft Campers for hosting a fantastic rally!  You can join the Texas Truck Camper Rally’s Facebook page to get updates on next year’s rally.