The only available options for the 2016 Palomino SS-550 are an air conditioner, high-gloss exterior fiberglass, entry step system, microwave, and a wireless key fob remote for the Rieco-Titan roof lift. That’s it.

The 500 pounds of stuff weight is likely to be too high for short bed pop-up like the SS-550. To be fair, and yet still conservative, we are going to limit the stuff weight to 250 pounds for the following truck recommendations. This puts the base wet weight of the SS-550 at 2,098.4 pounds and the standard build wet weight (fully loaded) at 2,218.4 pounds.

You Will Need To Special Order A Half-Ton Truck

As the industry throws more darts at my already hole-y portrait (I felt that) there is a way forward. 2016 half-ton trucks with 2,500 pounds of payload are available, but you have to special order them. This is as simple as going to your local truck dealer and asking them to spec-out a half-ton with the most possible payload. A few minutes later you’ll be on your way to honest-to-goodness payload match making. Best of all, special ordering lets you pick the color along with every other facet of your soon to be perfect truck camping truck.

For our most serious recommendation, we suggest you purchase a three-quarter or one-ton truck.  That way you can upgrade to an even bigger truck camper down the road, or have the option to safely tow horses, boats, snow machines, sail planes, or whatever your heart desires. Save your future self a lot of money and buy the biggest most payload capable truck you can. 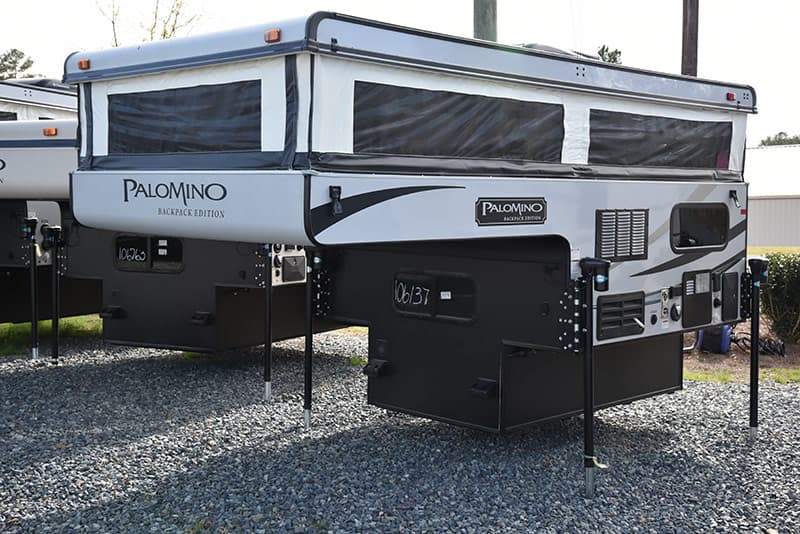