Tired of his old Batwing, Charlie Coushaine sent in a Question of the Week asking, “What television antenna upgrade do you recommend?”  Did he send his question in via email?  Oh no…  He used the Bat Phone!


Instantly, Truck Camper Magazine readers raced down the Bat Pole, ran into the Bat Cave, and fired up the Batmobile to answer Charlie’s calls for Batwing help.  What were they doing in the Batmobile?  Getting better HDTV reception, of course. 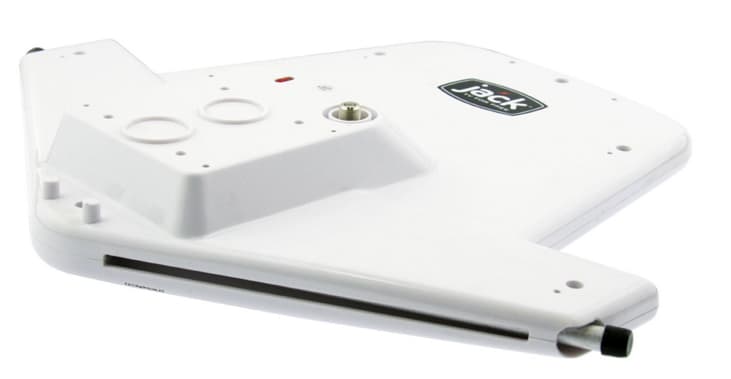 “If I were to upgrade a Winegard antenna with the crank-up mast, I would use the Jack Antenna conversion unit.  No new holes needed in the roof, and the existing wiring is used.  Plug and play! 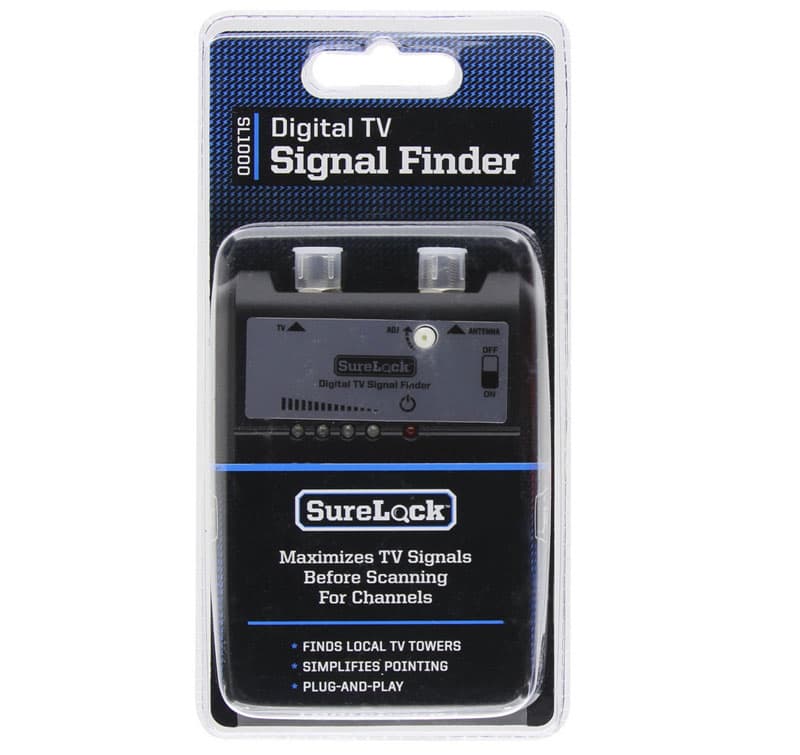 For an even better upgrade, I would add the SureLock digital channel locator.  This aids in finding what direction to aim your antenna to receive the strongest signals.  It is also plug and play.

If you decide to replace the entire antenna, the regular Jack antenna requires no cranking up or down, and incorporates the Surelock channel finder in the antenna pointing device.  But, it does require drilling an approximately 2″ diameter hole through the roof of your camper.

I replaced the factory-installed Jensen omnidirectional antenna with the combined Jack antenna with Surelock, as our camper did not have an existing crank-up mast.  It was scary drilling that huge hole, but the antenna base totally covers the hole, and Dicor sealant is our friend!” – John Wells, 2011 Chevy 3500, 2012 Chalet Ascent S100F

“I assume you have the Winegard batwing.  That is a directional antenna, which is better than an omnidirectional for range.  If I were doing your upgrade, I would go with the Winegard Sensar antenna which is like yours, but upgraded to better pull in the higher frequency digital channels.  I believe it is one of the best out there. 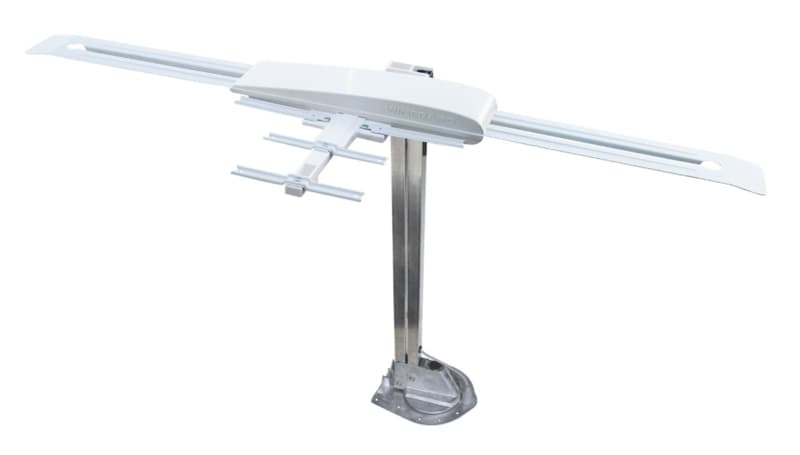 “My camper came with the standard Winegard batwing antenna.  I installed the Winegard Wingman antenna upgrade.  It was an easy no tools required installation.  There is no need to replace your current antenna.  I was able to pick up nearly three times the number of HDTV stations after the upgrade.  It was very affordable and it really improved reception.” – Hugh Redmon, 1997 Ford F-350, 1998 Lance 990

“I have been a licensed Ham Radio operator for 58 years and worked in electronics and communications for 40 years.  When I bought my camper, it had an amplified omnidirectional television antenna.  Most of our camping is done in remote locations, and I couldn’t get any television.

I did a lot of research on what antennas were available on the market.  There were a couple that I considered, but I chose the latest amplified version of the Winegard Wingman IV (Batwing) to replace my original antenna.  I doubt you can find another RV TV antenna with better long range capability.

It was the best for my needs, but that does not mean it is the best choice for everyone. It depends on your camping style and locations, and if you want convenience over long range performance.” – Jerry Smith, 2012 Chevy Silverado 3500HD, 2013 Arctic Fox 992

“I used the King Jack upgrade to the existing crank up system.  It was just two pins and the coax wire.  I tried the Razor upgrade but had to remove one of the crank up arms and drill the remaining arm to be able to mount to the Razor.  It is not a good solution because wind will bend the arm.  The Razor comes with a shorter arm, but it is shorter and shortened it’s range.” – George Armenteros, 2015 Dodge 3500, Chalet DS 116 RB 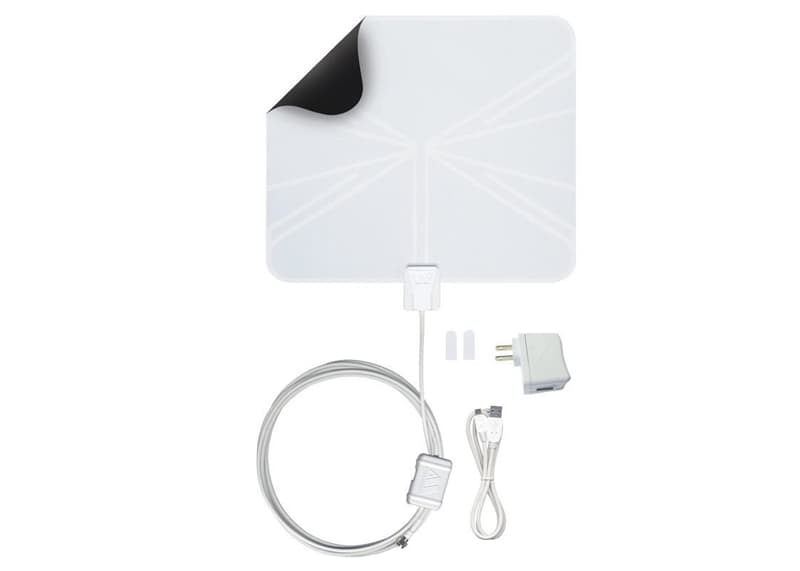 “I ditched the roof-mounted antenna in favor of a Winegard FlatWave Amped FL5500A.  Now I have more roof real estate and do not have to worry about making sure it is down or does not get snagged on a limb.   The Winegard works much, much better than the roof-mounted antenna as well.  It is mounted in a closet so you never see it!  I highly recommend it.” – Mike Johnson, 2008 Chevrolet 3500HD, 2008 Eagle Cap 1160

“I haven’t done it, but I talked to Ryan at Truck Camper Warehouse about an upgrade to a fixed dome Wingard Rayzar HDTV antenna.  It searches for the best signal and locks in on it when found.  It is a low profile unit that is less likely to catch on tree branches.” – Patrick Brolley, 2015 Ram 3500, 2016 Cirrus 800 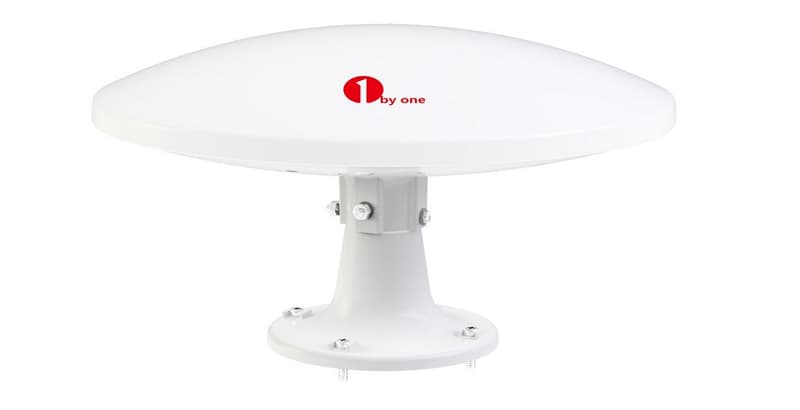 “The 1byone Omni-Directional amplified RV antenna gets excellent reception and perfect HD!  It won’t work in the middle of the desert but, if you are within 20 or 30 miles of a television tower, you will get a picture.

“I would also like to find something better than we have.   Our camper came with an omnidirectional antenna that receives equally bad in all directions.  It is non-rotatable, but easy to operate.  It’s not a good choice.” – Russell Berquam, 2014 Ford F-350, 2015 Arctic Fox 1140

“I’m dying to hear the answers!  I have tried two different replacement upgrade antenna models for the old batwing antenna, yet the old batwing still worked best and has been reinstalled.

With television signals now digital, I’ve found coverage dies just about 20 to 30 miles from the nearest transmitter, even in pretty flat terrain.  That means I rarely have useful TV signals at rural campgrounds.

Portable satellite TV service is expensive, so I just bring movies and my DVD-equipped laptop for video entertainment.  I also use my cell phone as a WIFI hotspot for Netflix and Amazon videos when decent 3G coverage is available.  The costs for cellular data service – which is good for a few movies each week on Verizon – is very reasonable.  Hopefully someone has solved this television signal issue!” – Reed Prior, 2007 GMC 2500 HD, 2000 Travel Lite