Happijac has updated their camper jacks with zinc plating, a new wiper, and higher tolerances for quieter and more corrosive resistant jacks.

Recently a manufacturer teased us with details about their 2013 updates and changes and one item almost literally jumped off the page; next generation Happijac camper jacks.  Immediately we contacted Aaron Rasmussen, Happijac Company’s General Manager, and asked about their new camper jack products.


As it turns out, the new jacks are based on the existing Happijac line, but add some very important upgrades to improve corrosion resistance.  Specifically, the new jacks are zinc plated, a process that’s used to protect metal from oxidation.  The new jacks also get a wiper that removes water and debris from the inner jack leg and some adjustments to the overall assembly and tolerances to reduce motor noise.

For the inside scoop on their next generation of camper jacks, we talked to Aaron.

TCM: Tell us about your new truck camper jacks.  Are these completely new camper jacks, or an evolution of your previous models?

Aaron: They’re an evolution.  We have added high quality zinc plating to the outer and inner tube and a wiper to prevent contaminants from entering the tubes.  In addition to the zinc plating, the outer tubes are powder coated.  Where the previous generation inner leg was powder coated black, the new jack inner legs are zinc plated.  With these changes, the new jacks will provide superior corrosion resistance, longevity, and finish.

Aaron: Yes, but the new model numbers are 4160, 4560, and 4660.  The “60” on the end designates the new jacks.  Customers will also notice the silver-looking zinc plating on the inner tube and the new wiper on the bottom of the outer tube.

Does this new zinc plating and wiper boot change the way a Happijac jack needs to be maintained?

Aaron: There are no changes in how they should be maintained.  As stated in that article, please continue to wash and wax the inner and outer tubes and lubricate the crank sockets.

TCM: The jack tubes are welded by a welding robot at Happijac.  Are they then still sand blasted, primed, and powder coated?

Aaron: Our welding robot is using the same process with the same steel and parts, but the jacks are no longer sand blasted, primed, and powder coated.

Now the jack is welded by the robot and then zinc plated.  The outer tube is then powder coated.  We no longer sand blast because it’s not necessary for zinc plating.  From our testing, the powder coat adheres very well to zinc. 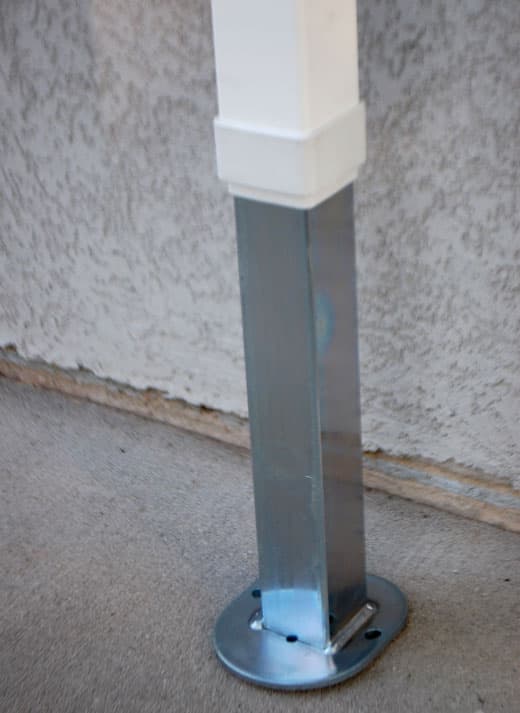 Above: In this photograph you can see the new wiper and the zinc plating on the inner jack leg.


TCM: Is the zinc plating done in house?

Aaron: The zinc plating is not done in house.  We use a local plating specialist to zinc plate the jacks.  The company does business nationally and we’re very fortunate that they’re near our facility.  The inner and outer legs are dipped into the zinc plating with electric current which bonds the zinc to the steel.  The plating company has very high standards, and has impressed us with their expertise and results. 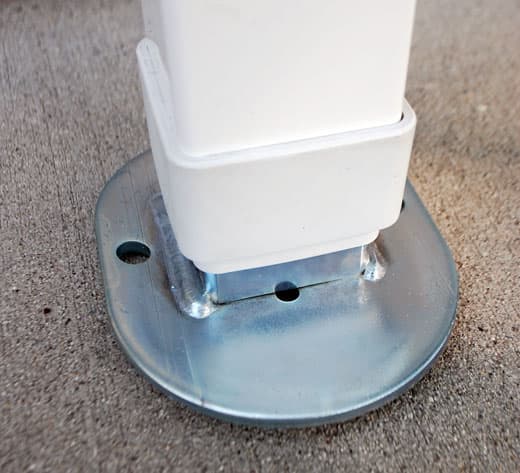 Above: A close-up of the new wiper and the zinc plated inner jack leg and foot.


TCM: Why use zinc plating and not some other material?

Aaron: There are many advantages to using zinc.  First and foremost, it’s a corrosion protection.  Also, rust does not tend to bleed or run if the zinc finish does get scratched.

We deal with two issues with jack finish.  There’s corrosion, like rust, that can deteriorate the finish of the jack.  There are also rock chips, dings, and road debris that could potentially hit and damage the paint finish.

With the inner leg zinc plated on the new jacks, we have made the inner leg much more resistant to corrosion.   The zinc plating on the outer leg not only dramatically improves the corrosion resistance of the outer leg, but it also better penetrates the surface and gaps in the square tubing and strap.  When we then powder coat the outer tube we add a tough and thick layer to protect against rock chips, dings, and road debris.  It’s a two layer protection system. 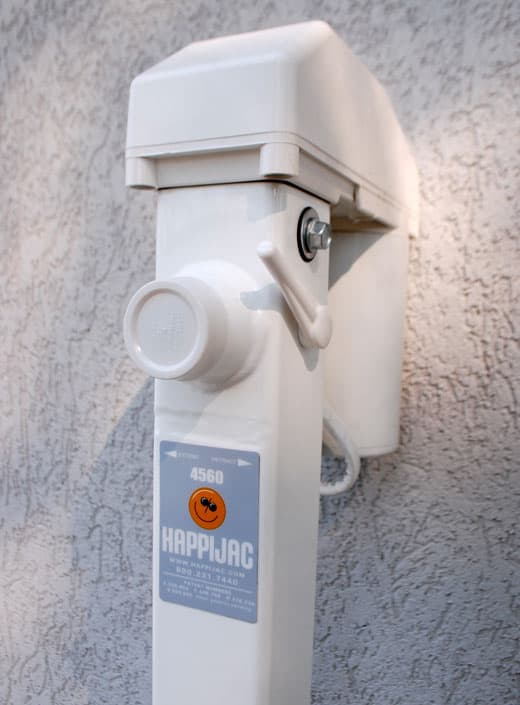 Above: The new series of Happijac camper jacks are identified by the numbers “60” at the end of their model number.

TCM: Did you do anything to the jack motor or gears for the new jacks?

Gary: Yes, minor adjustments were made in the production process.  We recently discovered that small changes in the way we were assembling and tolerance matching the jacks made big differences in making the motors quieter and more consistent.

As a result, we have tightened our tolerances even further and increased the level of quality control from the high levels we already had.  We also continue to test 100% of the jacks and jack motors during our assembly process.

TCM: When using Happijac jacks, we sometimes hear a ratcheting from the clutch inside the motor.  Has that been addressed with the new jacks?

Aaron: The ratchet noise you hear is actually a torque clutch within the motor’s head.  That sound is going to happen when you reach the limit of jack’s travel, or when you are putting the jack under a bind.  It’s there for safety to warn you of these conditions and prevent damage to the jack.  Under normal conditions, a jack should not ratchet.

TCM: Any change in current draw of the new jacks?

Aaron: Our new jacks operate as efficiently as our old jacks and remain the most efficient in the industry.  The 4160 typically draws eleven to twelve amps at 1,500 pounds when the jack is extending under load.  When the jack retracts under load, the current draw is around two to three amps.  At 1900 pounds, the 4560 ball screw jack draws approximately nine to ten amps under load.  In comparison to other jack products, Happijac jacks typically draw about fifty percent less amperage.

We achieve a higher level of efficiency through our design, the quality of our materials, and the high precision of our parts.  We use a high quality screw and nut in conjunction with premium bearings and washers, including Torrington thrust bearings.  It all adds up to less friction and more efficiency in the camper jack.  Less friction means less amperage draw.

TCM: Are the new jacks the same price as the old jacks?

Aaron: There are additional costs associated with the zinc plating so the prices of the jacks have gone up about seven percent.

TCM: Now that you’ve made improvements to the corrosion resistance of the jacks, will you be extending your one year warranty?

Aaron: That’s something we’re looking into and strongly considering. 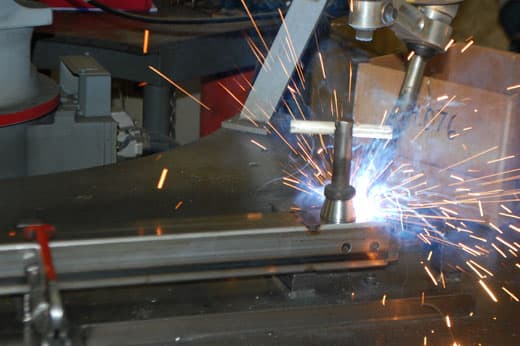 TCM: It’s been a couple of years since we last visited Happijac.  How is Happijac doing?