Truck Camper Magazine examines the new 2018 Ford F-150 3.0L Power Stroke diesel and its implications for truck campers.  How does it stack up to the EcoBoost 3.5L for payload, performance, and fuel economy?  Let’s dig into Ford’s new diesel half-ton.

On January 8th, Ford Motor Company announced a new 3.0L Power Stroke diesel engine for its 2018 Ford F-150 line.  With the strong popularity of Ford, half-tons, and diesel engines among Truck Camper Magazine’s readership, this is exciting and potentially important news for our industry and community. 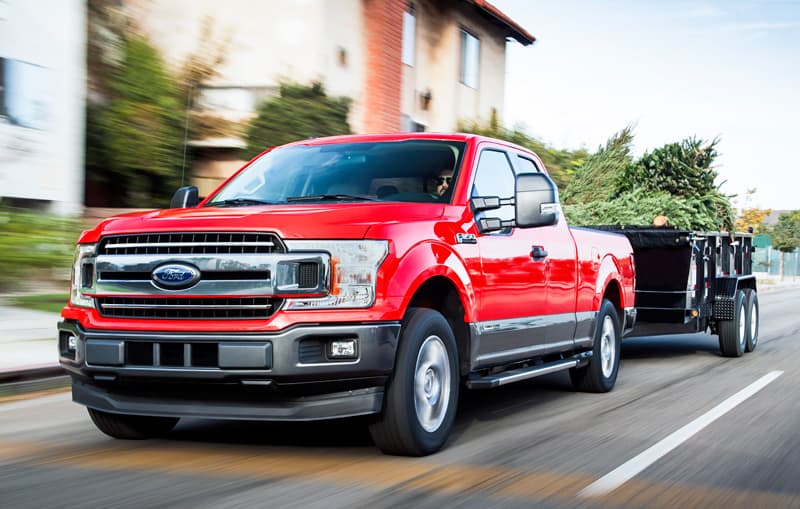 The new diesel engine is an upgraded variation of the Lion turbo-diesel engine Ford designed in partnership with French car manufacturer Group PSA, producer of the Peugeot and Citroen automotive brands.

The Lion upgrades for the F-150 were developed by the same Ford team that created the 6.7L Power Stroke and include several EcoBoost derived technologies including a cast compacted graphite iron engine block and the forged crankshaft from the 2.7L EcoBoost.

Once you add the considerable weight of the Lariat, King Ranch, or Platinum trims, that payload will shrink considerably.  I would not be surprised to see dealer-ordered 2018 Ford F-150 3.0L diesel trucks with payloads well under 1,500 pounds.  The dealers always order the features and options customers want, payload capacity be damned.

Hopefully, Ford will eliminate the payload-crushing restrictions in the near term and allow buyers to custom order the trucks they want.  This is America right?  We don’t like to be told what we can and cannot buy.  Give us the trucks we want.

Ford has its fingers and toes crossed that the 2018 Ford F-150 with the 3.0L diesel will score 30mpg when the EPA tests the truck.  That would make the new Ford diesel the most fuel efficient half-ton and edge out Ram’s half-ton EcoDiesel at 27mpg.

Obviously a 30mpg capable half-ton is a big deal.  Our 2012 VW GTI 2.0L gas barely reached 30mpg and that was a hatchback for crying out loud. 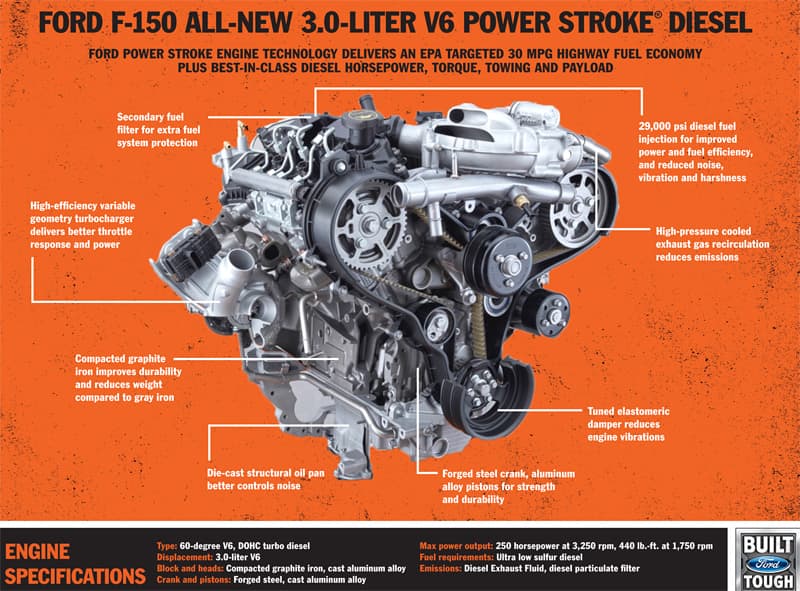 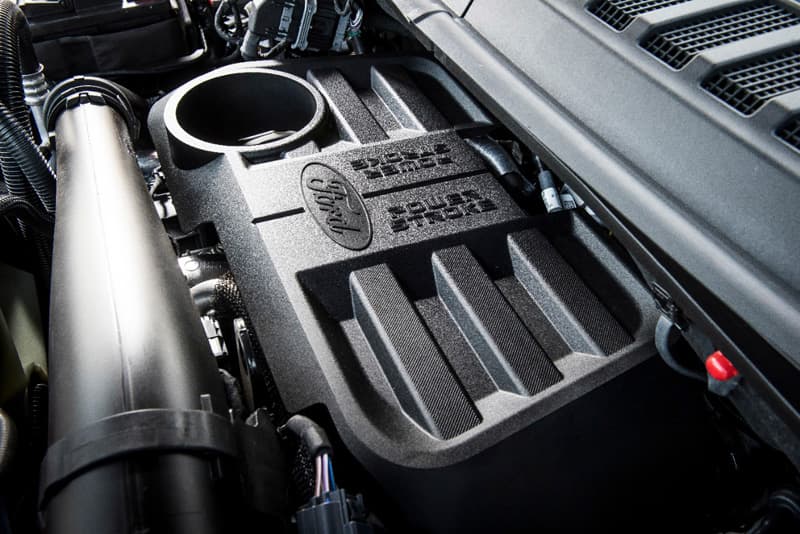 Given the above mentioned retail restrictions, Ford’s 3.5L EcoBoost is the better choice for the majority of truck camper owners.  Configured without the currently mandated heavy and expensive packages and options, Ford F-150s with the 150-pound lighter 3.5L EcoBoost will offer significantly more payload at a significantly lower cost.

On balance, folks with ultra-light weight pop-up truck campers who tow might be better served by the 3.0L diesel for overall fuel economy.  Although it has not yet been independently verified, it’s likely that the new 3.0L diesel will offer better fuel economy while towing.  It has been shown that the EcoBoost 3.5L suffers in this regard when towing a heavy load.

Another prospect for the new 3.0L diesel would be anyone who is inclined to get a Lariat, King Ranch, or Platinum trim and plans to also use the F-150 as a daily driver without the camper or towable.  Given the popularity of half-tons among the pop-up community, I bet a lot of people just said, “That’s me!”  Just make sure you’re 100-percent square on the payload capacity of the diesel F-150.  It’s likely to be lower than you would hope.

Whenever we take our truck camper rig up a mountain, we are reminded of the superior torque of diesel engines.  As our Ram 6.4L HEMI chugs its way up, we are dusted by diesels triumphantly blasting up the steep grades.  Our truck gets the job done, but the diesel truck owners have a lot more fun in the process. 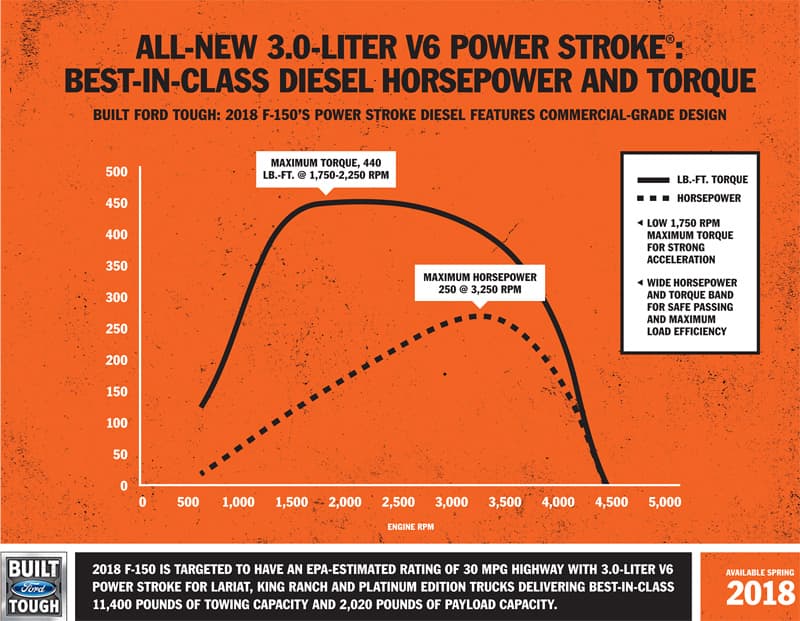 Speaking of torque, the Ford 3.0L has 250 horsepower, 440 lp.-ft torque.  What will surprise many is that the EcoBoost 3.5L has 375 horsepower and 470 lb.ft torque.  Does this mean the EcoBoost is more fun going up a mountain?  Probably not.  By all accounts, the EcoBoost would likely lose power, where the diesel would not.

Ford claims the new 2018 Ford F-150 with the 3.0L diesel offers, “best in class” payload.  A quick check of Ford’s own website and 3.5L EcoBoost information seems to refute this statement.  Perhaps by “best in class” they mean best in the half-ton diesel category?

Wrap It Up – Without Restrictions

This article represents our first impressions of what Ford is presenting.  We have not seen a 2018 Ford F-150 in person, nor have we had the opportunity to evaluate the truck beyond Ford’s press release and photography. 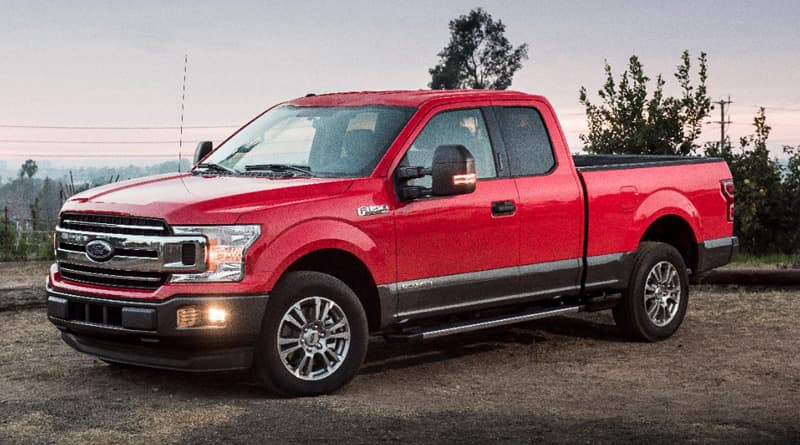 In all of our truck camper reviews, we strongly recommend choosing your truck camper first, calculating what it will weigh wet and loaded with options and gear, and then custom ordering a truck to match (or exceed) that payload requirement.  This goes for truck campers of every size and description.  If at all possible, always start with the camper, do the math, and then order a truck.

Our concern is that folks will be swayed by the very idea of a Ford F-150 diesel, buy a truck off a dealer lot, and then open the driver’s side door only to discover the payload is nowhere near where they had hoped.  We have visited about a half dozen Ford lots over the past couple of years and we are hard-pressed to find a F-150 with more than 1,500 pounds of payload.  Add a high-end trim and a heavier diesel engine and the numbers might be even further south.

So here’s the deal.  We don’t recommend Ford’s new 3.0L diesel until Ford lifts the trim restrictions and allows you to custom order a truck focused on payload capacity.  When that happens, we will have a truly important truck for the truck camping marketplace.  Until then, the 3.5L EcoBoost is the business.

Click here for more information on the Ford F-150 diesel.