BestTank has discovered a way to use dung beetles to eliminate the waste in our RV black tanks.  What might seem like the mad science of RVing entomologists is now reality.  When it comes to black tanks, we can now all have a bug-out vehicle.

To find out more about Black Tank Beetles, we talked to Pete Best, President of BestTank Industries.

Where did the idea of using dung beetles for RV black tanks come from?

There were a number of inspirations.  We were inspired by Marcus Byrne’s TED talk, “Dance of the Dung Beetle”.  The work of George Bornemissza on the Australian Dung Beetle Project also provided important data points.

All of these projects and presentations demonstrated the amazing abilities of dung beetles and their potential for environmentally friendly waste management. 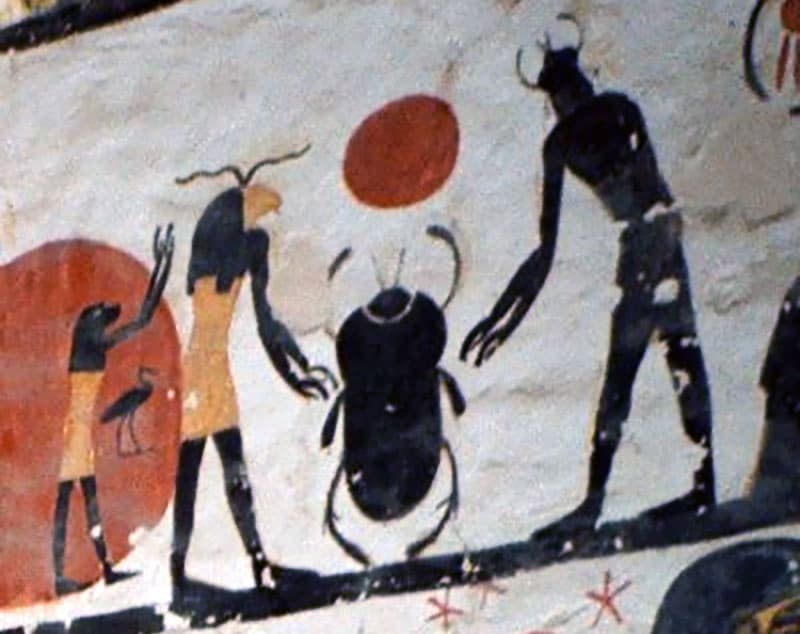 Above: A petroglyph from the Egyptians using dung beetles for their chariot pots

When we learned that historians believe the Egyptians used dung beetles for their chariot pots – the earliest known type of portable toilets – the light bulb went off.  What if we used dung beetles in black tanks?  It made perfect sense.

Tell us about the research and development of Black Tank Beetles.

All of the research was done at BestTank Laboratories in Indiana.  To perfect the Black Tank Beetles, a team of six BestTank entomologists worked around the clock for almost a year.

We had four dung beetles in our initial tests.  Naturally, we named them John, Paul, George, and Ringo.  One of the lab techs named the test tank, ‘Liverpool’, and began playing, “Love Me Do”, “We Can Work It Out”, “I Feel Fine”, and “Twist and Shout” every morning.

I finally said something after Bob put a “Yellow Submarine” sticker on the tank.  Obviously, it had gotten a little out of hand.  Bob is no longer with the company.

The dung beetles are processing the waste, but how are you addressing odor?

Along with the supplied beetles, we provide a packet of BestTank Beetle Base; a careful blend of activated charcoal, peppermint extract, and active bacteria and enzymes that break down anything the beetles don’t like. 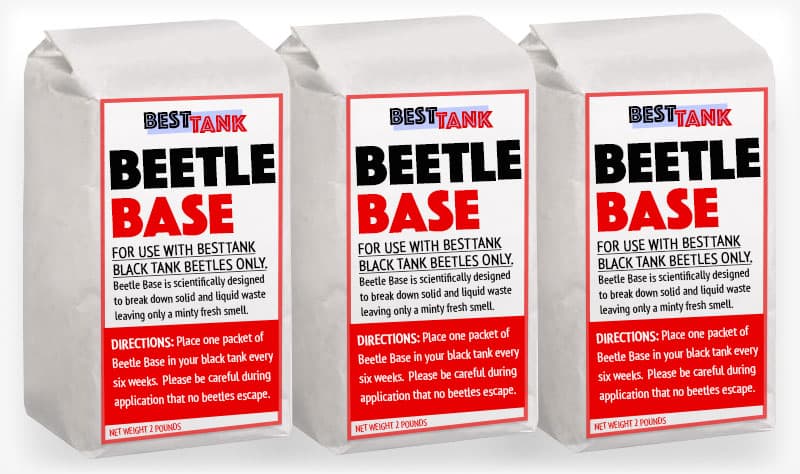 Above: BestTank Beetle Base comes in 2-pound packets

The peppermint extract is safe for the beetles, environmentally responsible, and gives the black tank a minty fresh smell.  While we don’t recommend sticking your head into your black tank, tank odor is all but eliminated with the peppermint.  We’ve been smelling our test tank for months.  It’s actually quite pleasant.

“While we don’t recommend sticking your head into your black tank, tank odor is all but eliminated with the peppermint.”

You mentioned the beetles don’t break down everything.  What don’t they like?

Mostly fiber-rich vegetable matter, like corn and green bean husks.  They also don’t digest the urine, which is why we add the Beetle Base with activated charcoal and active bacteria and enzymes.

How long can the beetles survive?

At least one camping season.  If you’re camping in cold weather, you need to heat your tanks to ensure the survival of the beetles.  The beetles certainly won’t survive winterization.  First, they can’t handle a hard freeze.  Second, you won’t be feeding them.

So customers need to purchase new beetles every season?

Most customers probably will, but there is a way to keep your beetles alive through the winter.  Essentially, you just dump your black tank into a portable blue tank tote.  Then you can store the tote in your heated garage or basement at home.  All the beetles need is warmth and an occasional stool sample.  For optimum beetle health, and to reduce odor, add a packet of Beetle Base to the tote about once a month.

When you’re ready to go camping again, just dump the contents of the blue tote into your camping toilet and black tank.  Just be ready to shoo any aggressive beetles down the toilet.  They can get quite frisky, and may have grown considerably.  We use a dustpan brush to push the bugs down the hole.

Can Black Tank Beetles be used with cassette toilets?

We had originally hoped that the beetles would work with cassette toilet systems, but the limited depth between the toilet seat, bowl, and cassette – as well as the cassette flap mechanism – was a problem.

During the cassette testing, the beetles were “interacting” with the participants as they sat on the toilet seat.  Somehow the beetles were able to defeat the flap inside the cassette and access the participants as they used the toilet.  Thankfully, the additional depth and the more robust flap system of traditional RV toilets and black tanks eliminates this concern, so far. 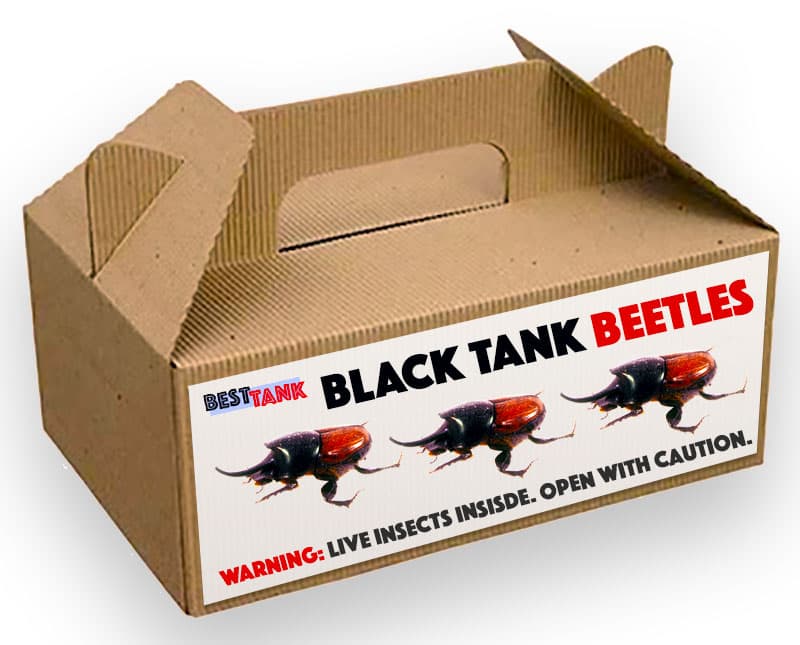 Above: Beetles are shipped via FedEx Priority Overnight

How does someone order Black Tank Beetles?

Black Tank Beetles are only sold direct and, due to international insect shipping laws, are only shipped within the continental United States.

Once you place your order, we will ship the beetles immediately, weather permitting.  For optimum survival during shipping, the temperatures need to be under 90 degrees and above 32 degrees Fahrenheit.  We will email you when the beetles are shipped.

All beetles are shipped via FedEx Priority Overnight and include a packet of Beetle Base.  It’s very important that you install the beetles within 24 hours of receiving them to avoid loss.

Fifteen minutes prior to installation, place the box of beetles into your refrigerator.  The cold will make the beetles more docile and easier to put into your black tank.  Once the beetles warm-up, they’ll immediately get to work.

We include detailed instructions and have a toll-free number available to answer any questions.  We’re here to help.

“Fifteen minutes prior to installation, place the box of beetles into your refrigerator.  The cold will make the beetles more docile and easier to put into your black tank.” 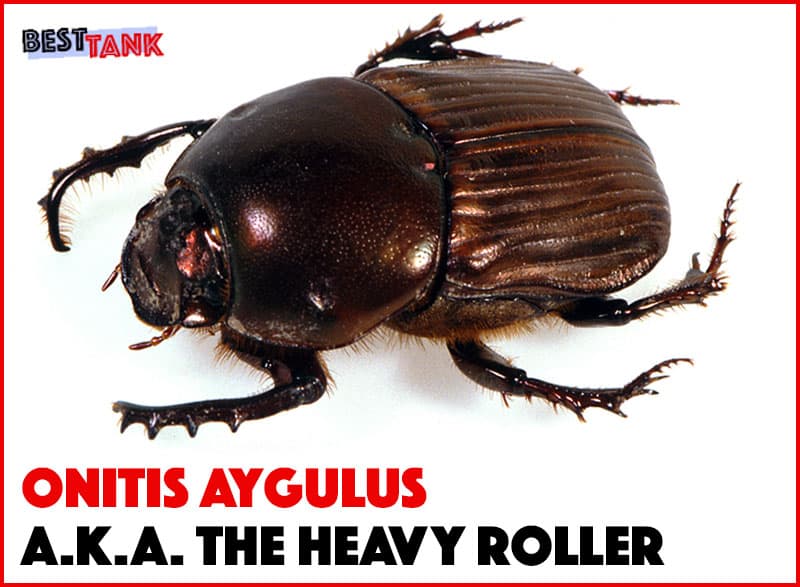 How many beetles are included in the shipment?

We include up to a dozen Onitis Aygulus and a dozen Onthophagus Nigrivenris dung beetles per shipment.  We experimented with dozens of beetle types, but these two were the best. 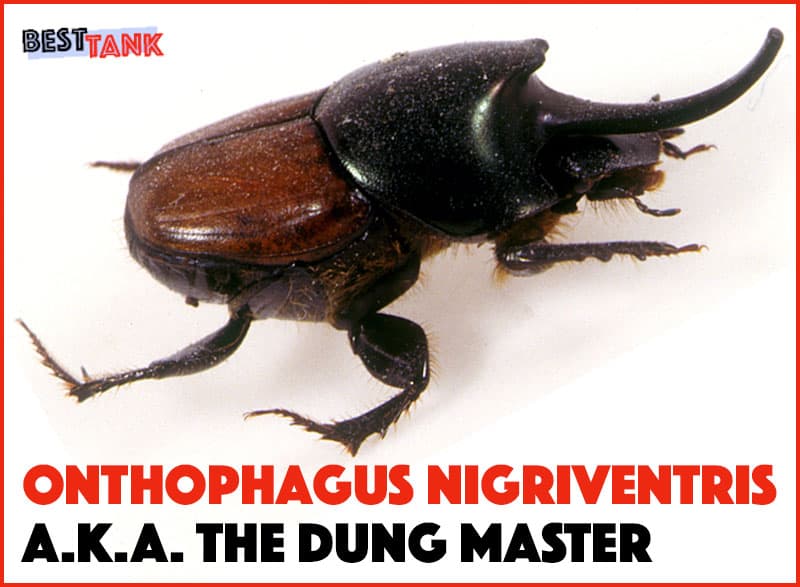 How much does a Black Tank Beetle kit cost?

We will start selling them this August at $24.95 per kit, plus shipping and handling.  We recommend purchasing an additional six Beetle Base packets for $9.95 with your order.  That should last at least one camping season.

That seems reasonable.  Is there anything else our readers need to know about Black Tank Beetles?

For folks with very sensitive hearing, there could be some light scratching noises as the beetles maneuver around your black tank.  Most of our test subjects couldn’t hear it, but one couple flushed the program after the first night.

Another consideration is the potential size of the beetles.  If you maintain the beetles for more than two years, they can grow to about the size of a human hand.  If this happens, the beetles may no longer fit through the RV plumbing and can become permanently stuck in your black tank.  This is to be avoided.

“We at BestTank Industries believe Black Tank Beetles are a profound breakthrough in black tank management technology and can’t wait to get the bugs out.”

Our original beetles – the Fab Four as we call them – are still with us, but are now essentially laboratory pets having grown too big for testing or experimentation.  Ringo is at least as big as my hand, possibly bigger.  He got out once and ate Marsha’s lunch.  You should have heard her scream.  She also is no longer with the company.

It’s important to remember that using beetles is 100% environmentally safe.  Both the beetles and the Beetle Base are organic materials that will, along with the human waste, naturally decompose into the soil.

We at BestTank Industries believe Black Tank Beetles are a profound breakthrough in black tank management technology and can’t wait to get the bugs out.