ABC World News contacted Truck Camper Magazine for a Made In America segment featuring our 2013 Lance Camper and Chevy Silverado 3500.  Here’s the story behind the scenes.

As is the nature of news, the segment could be preempted (including our appearance) by breaking news, and rescheduled.

Click here to see the Made In America video.

In May, the Go RVing campaign posted a message on their Facebook page that caught Angela’s attention.  To paraphrase, it said, “ABC News is looking for RVing families for a story on the nightly news.  Reply if you’re interested.”

In one of those, “What the heck moments” Angela sent in our information.  “There’s no way they’ll contact us,” I said.  After nearly a week of wind and rain in Utah’s desert, I wasn’t feeling too optimistic.

The very next day Angela got an email from an Associate Producer at ABC World News.

“They picked us!” she exclaimed.

“What are you talking about?” I replied, still typing an email.

“ABC News picked us to be in the segment!”

I thought she was kidding.  Then I looked up and saw her face.  Oh wow.

The Associate Producer asked if we could give her a call.  We quickly closed the camper door, turned off the Fantastic Fan, and called the number.

“Edit” she answered.  Evidently this is how they answer the phones at ABC World News.

“Hi, this is Gordon White from Truck Camper Magazine.  You contacted my wife, Angela, about us contributing to a segment for ABC World News.”

She thanked us for contacting her and explained that we could be participating in an ABC World News, “Made In America” segment.  She added, “We need you to shoot the video and submit it to us by next Wednesday.  I’ll email you a list of what we’re looking for in the video.”

If you could hear the repeating tape in my mind at that moment, it sounded a little something like this, “Five days to script and shoot a video worthy of the national news?  Are they nuts?  Am I nuts?  How are we going to do this?”

That afternoon, Angela and I assembled a rough shot list and script based on ABC’s requirements.  Angela put together a time table and plotted our course.  We were focused.  To celebrate the ABC World News opportunity, we went to the quaint and wonderful Gem Movie Theater in downtown Panguitch, Utah, ate delicious home made ice cream on waffle cones, and saw Iron Man 3.  That was a great night. 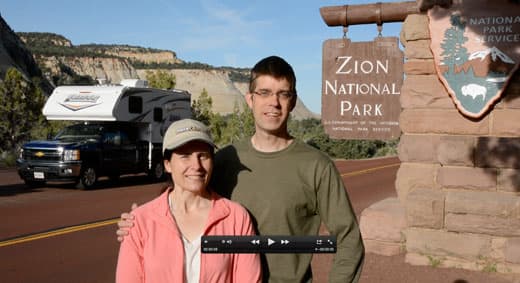 Above: Our introduction at the Zion National Park east entrance.

When we arrived at Zion National Park the following morning, it quickly became clear that we had a problem.  In short, the park was extremely busy.  Cars, RVs, and people were everywhere.  The campgrounds were booked solid with only a slight possibility of a, “first come, first serve” site opening up.  Where would we camp?

When we approached the rangers in the Visitors Center, the outlook only became more bleak.  “It may calm down a little after the weekend, but not much,” they said.  That’s when Angela spotted a road on the ranger’s map just outside of the park called West Kolob Terrace.  The road started several miles outside of the park and then headed into a more remote location of Zion National Park.

“Is this area worth visiting?” Angela asked.

“Not a lot of folks go out there, but there’s plenty to see.”

That was it.  We would shoot most of the video on and around West Kolob Terrace.  The entry way was BLM land so we could even dry camp there.

In dire need of groceries, we returned to our truck camper and drove through the park to the WalMart in Hurricane, Utah.  There we topped off with food for the next few days and camped for the night.  Nothing like a WalMart with a view of the red rocks.

Early the next morning, we picked up a few video production supplies and headed to West Kolob Terrace to scout out where we would shoot the video.  We discovered a large turn out just before the entrance to the park. 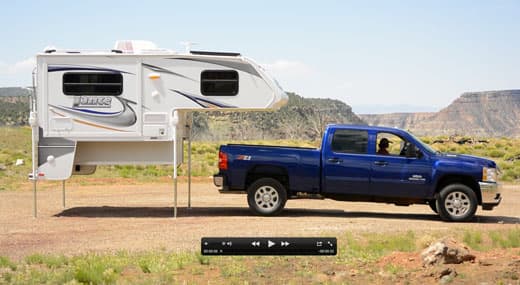 Above: We demonstrated how a truck and camper can separate.

The West Kolab Terrace turn out is where we shot most of the camper interiors, loading and unloading clips, and camped for two days. 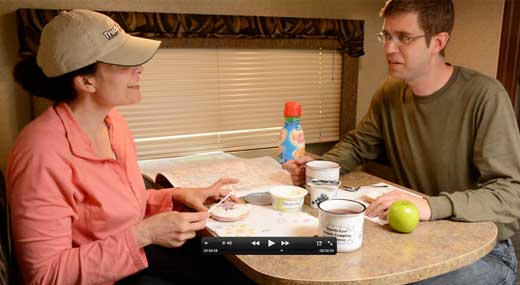 Many of the driving shots were also recorded in the West Kolab Terrace area.  The following Monday we ventured into the main part of Zion National Park at dawn. 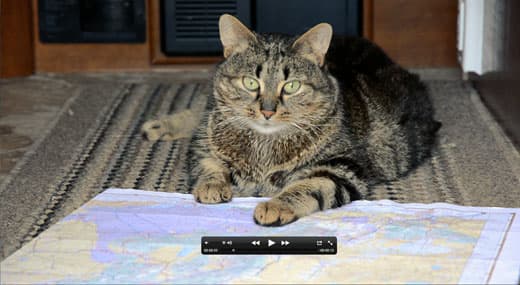 Above: The ABC World News Associate Producer insisted that Harley was included.  We wouldn’t have it any other way. 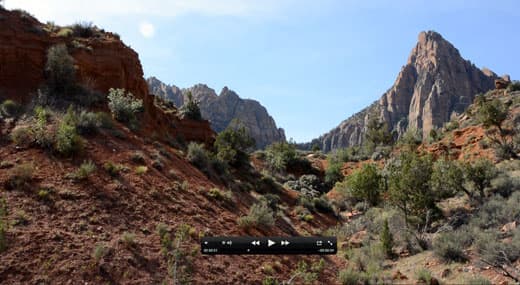 We parked the rig in the RV parking area, told our cat Harley to hold down the fort, and explored the available trails and hikes.  Most of the scenery video was shot in the main part of Zion National Park as much of the iconic features are right there. 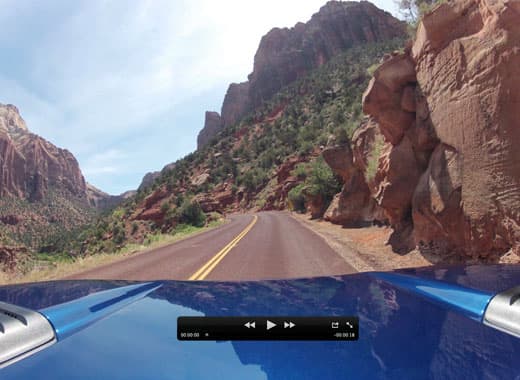 Above: In the segments we submitted to ABC World News, we also included GoPro driving time lapse videos in Zion National Park.

Zion is truly a breath taking national park.  If you’ve never been there, put it on your bucket list.  Just be warned that it’s one of the busiest parks in the National Park System.  We recommend going during the off season from October through March.

After completing our five day video shoot, we headed to Kanab and one of our favorite Utah campgrounds, the Kanab RV Corral.  There we selected the best video clips and prepared a file to upload to ABC World News in New York.  When we were done, I packed my MacBook Pro into a backpack and we walked to the local grocery store, Honey’s Marketplace.

Just the day before we had been grocery shopping at Honey’s and noticed a store within the market for Xpressweb Internet Services.  They had about a dozen computers set up and a sign offering free high-speed internet access.

I asked the guy at the Xpressweb counter if there was an Ethernet cable for high-speed, and what the cost was.  He pointed to a tan Ethernet cable across the room and said, “It’s free.  Just plug in over there”.  When I told him that we had a lot of HD video to upload to New York, and he said, “No problem”.

I couldn’t believe how lucky we were.  I was so worried about uploading the three-plus gigs of video via WIFI at our campground, or through our Verizon MIFI enabled iPhone.

Via Ethernet, the entire upload to ABC’s FTP site took a little over an hour.  That’s incredibly fast and a real testament to Xpressweb Internet Services.  Thank you Xpressweb! 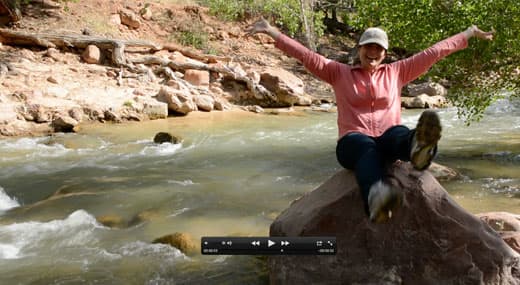 Once we confirmed the file was uploaded, Angela said, “It feels like completing a college term paper.”  She was right.  A huge weight had lifted and we celebrated by going to Escobars Mexican Restaurant just down the street.  Thank you Joe and Anne Brown for that tip!

Since ABC World News asked for the clips, not an edited piece, we really have no idea how the segment will turn out.  All we know is that it was an exciting opportunity and challenge and we’re thrilled to have had the experience.

Thank you ABC World News for having an interest in America’s automotive industry, RV manufacturers, and Truck Camper Magazine.

Home » Truck Camper News » Made In America – Behind the Scenes