Iris and Michael Imwolde bought a Northstar Escape Pod 750 flatbed camper and went on a year long trip from Alaska to Panama.

In an ideal world, it would be easy to fly to another country, rent a truck and camper, and explore to your heart’s content.  While this is possible in Canada, it’s not quite that easy for the rest of our planet.  I personally think it’s a travesty that truck camper rigs are not widely available for rent in the United States.  Think of how many more people would be introduced to truck campers if they were.

There is another solution, one that we even employed with our first truck and camper rig; buy a truck and camper, use it for six-months or a year, and then sell it.  Truck campers hold their value well, and the concept gets even better if you buy a used truck and camper to avoid the initial depreciation.  Of course the real value is to buy a new or lightly used truck and camper, rigorously maintain them, and use that rig to fulfill all of your wildest truck camping dreams for the next ten or fifteen years.  You can’t take it with you.

Iris and Michael Imwolde brought another variation of this concept to fruition.  They bought a brand new 2012 Northstar Escape Pod flatbed camper, a 2012 Chevy Colorado flatbed truck, and outfitted the rig with Torklift tie-downs and Fastgun turnbuckles, all from their apartment in Munich, Germany.  These were the first steps in the realization of a dream for Michael.  When he turned fifty-five, they would take a year off and explore the Americas. 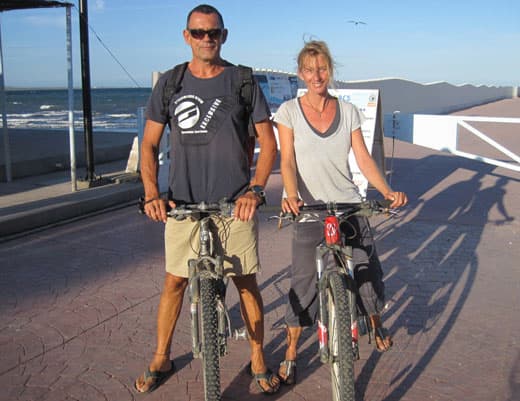 Above: Michael and Iris Imwolde in Baja, California

TCM: Where did you get the idea to travel North America?

Michael: Years ago, I decided to take a sabbatical when I turned fifty-five.  My first plan was to travel on the Pan-American Highway from Alaska to Chile, but later discovered that would be too much for one year.  So we decided to travel through North America and go south to Panama.

About a year before my fifty-fifth birthday, we started the concrete planning of our trip.  Our plan was to start at our friend’s house in South Carolina and transverse the United States.  We would visit Montana on the way to Canada and Alaska.  We planned to visit many national parks and interesting towns along the way. 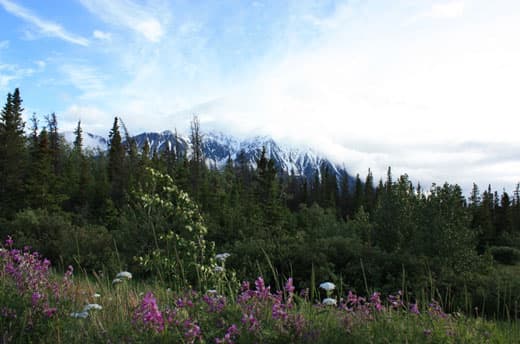 From Alaska, we wanted to drive down the West Coast to California.  After traveling the United States and Canada, we would visit Mexico, Guatemala, Honduras, Nicaragua, and Costa Rica.

It soon became clear that we would buy a truck camper in the United States and sell it after the trip. 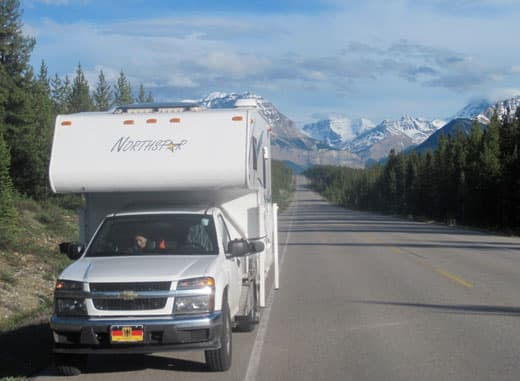 Above: Their Northstar in Jasper National Park, Canada

TCM: What made it clear that you would buy a truck camper?

Above (click to enlarge): The interior of their Northstar Escape Pod

TCM: How did you select the Northstar Escape Pod and Chevy Colorado?

TCM: That’s unfortunate.  How did you go about starting the trip?

Michael: Since we wanted to spend the summer in Alaska, we needed to set-out from South Carolina in the spring.  We rented our apartment in Munich for a year and flew to Charlotte in April of 2012.

We actually didn’t have precise plans about where we would go along the way.  We hit the welcome centers in each state which helped us with detailed planning.  We wanted to be in summer weather all year.

Above (click to enlarge): Traveling the Dalton Highway in Alaska and British Columbia

That meant being in Alaska for the summer, and Mexico for the fall.

TCM: What were your biggest challenges as a German exploring the Americas?

Michael: The biggest challenge for us was finding boondocking places to stay for the night.  In sparsely populated states, it was easy.  But, in the big cities, there were often many signs forbidding overnight camping.

Depending on the state we were in, the prices for camping in state parks varied between $10 and $30.  If we had stayed in campgrounds every night, we would have spent more than our $10,000 budget for the trip.

We often stayed in parking lots or gas stations.  We were asked twice by a police officer to park somewhere else.  The beaches of Baja California are public, so that was great for free camping. 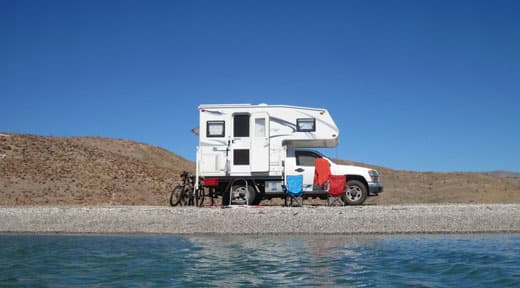 Above: Camping in Baja, California

TCM: What are your plans from here?

Michael: We are back at work in Germany now and preparing for the next big trip.  In 2014 we are planning to bike ride from Vietnam to Indonesia.

It was exciting in the morning not knowing what the day would bring and where you would be in the evening.  We met a lot of nice, open-minded people.  With some we spent entertaining evenings around the campfire and made friendships.

Above (click to enlarge): Exploring the west coast of the United States

TCM: We know exactly what you mean about meeting the most wonderful people on the road, and forging new friendships.  What were your favorite places from your truck camping trip through the Americas?

Michael: I’ll give you my top five cities and my top five wildlife encounters, starting with the cities.

1. New Orleans: New Orleans is one of the most beautiful cities on the basis of the historic French Quarter, the architecture of the Spanish and French colonial period, and the local Creole cuisine.

2. Vancouver, Canada: Vancouver is a unique and diverse destination due to the pristine sea and mountain access.  The atmosphere and lifestyle in the bustling city is dynamic and multicultural.

3. Savannah, Georgia: Savannah is charmed by its old town, leafy squares, and many restored houses.  It’s one of the finest cities in the United States.

5. Chicago: Chicago stands out with its great architecture and unique location on Lake Michigan. 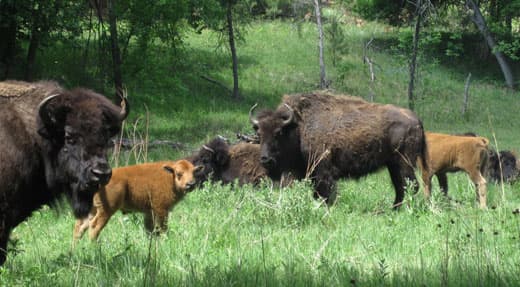 My top wildlife encounters were the grey whales in Baja, California, bison in Custer State Park, black bear among the Sequoias in Sequoia National Park, prairie dogs at Devils Tower in Wyoming, and the Pelicans fishing in the Sea of Cortez in the Gulf of Mexico.

Above: Grey whales in Baja, California

Being together for a year on the road was a great experience for us.  We didn’t have a glitch with the truck or camper, neither of us got sick, and we did not experience any crime.  We had a lot of luck.  It was exciting in the morning not knowing what the day would bring and where you would be in the evening.  We met a lot of nice, open-minded people.  With some we spent entertaining evenings around the campfire and made friendships. 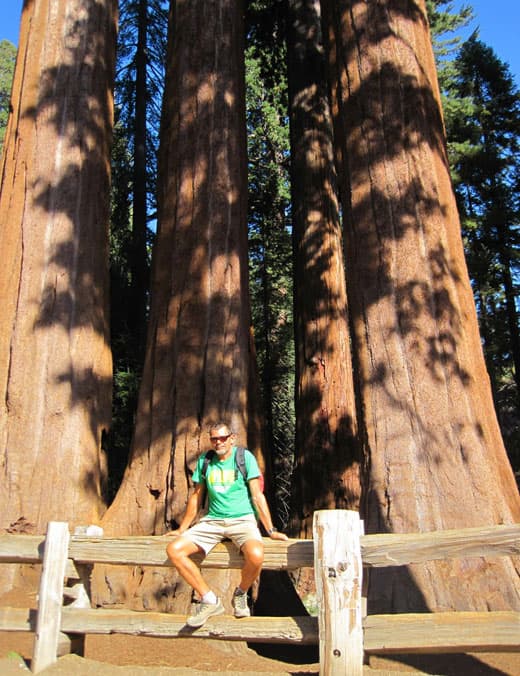 Home » Expeditions » See The World » Alaska to Panama from Germany