After nearly half a decade, our all-time favorite out-of-this-world contest returns; Truck Campers From Space!  Can Google’s spy satellites see your truck camper from orbit?  Let’s find out.

On Tuesday, August 7th, 2008, I woke up in a terrible panic; it was a story day for Truck Camper Magazine, and I had no story.  This nerve wracking situation wasn’t entirely unusual in the early days of the magazine, but this was the first time when I literally had nothing; no leads, no ideas, zippo.  What was I going to do?

Then it hit me.  From the dark recesses of my mind, I heard a deep and familiar voice cry out,  “Pigs… In… Space…”  I was saved!  All those childhood years of watching The Muppet Show were about to pay off.  Thank you Jim Henson!

Over the next hour or so I put together what became Truck Camper Magazine’s most legendary contest of all-time; Truck Campers From Space!  To this day I have long-time readers tell me how much they loved that contest.  To be honest, I was just happy it worked. 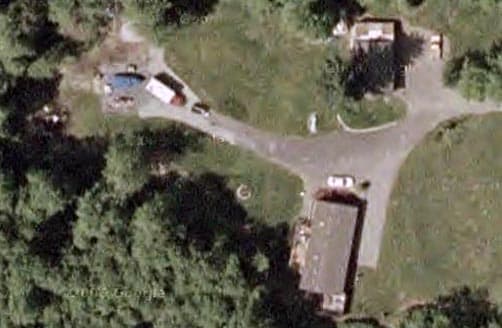 I have been threatening to run Truck Campers From Space again for years and it’s high time we do it.  After all, we have over 250% more readership now and (hopefully) the satellite imagery has improved in the past five years.

And this time the prize will be fame, glory, and a secret something money can’t buy.

Use the free satellite imaging in Google Maps to find your truck camper from space.  Then send in the image to enter Truck Campers from Space 2.

Here’s how to find your camper:

2. In the top right corner, click on the box that says, “Satellite”.  Once selected, this box will toggle between a map view, and a satellite view.

2. In the top search box, type in the full address where you keep your truck camper, and hit enter/return.

3. Using the zoom tool on the left side of the map, zoom in to find your truck camper.  You can also “grab” the map with your mouse to move the map around.

TIP: You can turn off the street names by de-selecting “Labels” under the box that toggles between satellite view and map view.

TIP: You can also use the satellite imaging from Bing and Yahoo.  In Bing the satellite map is called “Arial” and is selected from the top navigation just above the map.

TIP: You can also use the “Birds Eye” feature in Bing maps.  This may work better as it allows for truck campers to have dimension.

1. Please email us your satellite image.

2. Along with your images please include your first and last name(s), and the year, make, and model of your truck and camper.  Here is an example:

4. One image per truck camper.

We will publish the submitted images and announce the winner this Friday, April 12th.

The Best Portable Fans For Campers