With our new GoPro HD Hero2, we shot a series of high definition time-lapse videos at the 2012 Mid-Atlantic Truck Camper Rally.

Less than ten days before the 2012 Mid-Atlantic Truck Camper Rally we acquired a Go Pro HD Hero2.  We barely knew how to turn it on, but we decided to go for broke and attempt a time-lapse video.  Don’t miss the farewell breakfast surprise courtesy of Bruce Scott.  Thanks Bruce, you knucklehead!

It takes a while to learn the GoPro HD Hero2 camera menu system and feature set which is operated with only two buttons and a small LCD.  There’s also a learning curve to figure out what camera settings are best for each situation.

Most of the time-lapse videos were shot one frame per second.  The sequence with the truck campers arriving was shot at one frame every five seconds which is why the clouds are moving so fast.  Knowing what frame interval is best for what circumstance is something that we will continue to experiment with.

My only real issue with the GoPro HD Hero2 is that it really requires the optional GoPro LCD BacPac screen for composing shots.  Several time-lapse sequence are too distant from the subject, like the group shot sequence.  Other shots are not level with the horizon, like the sequence taken from the pier.  The LCD BacPac screen option would allow the user to compose the shot, level it with the horizon, and see if there are any other problems or opportunities before starting a time-lapse sequence.

We’re looking forward to more experimentation and learning with this fun technology from GoPro.  We already bought an extra battery and 16mB SDHC memory card to further extend our capabilities and will soon acquire the LCD BacPac screen screen.  Stay tuned for more GoPro action later this summer.

Another first for us is using Creative Commons music from Free Music Archive.  This video features the following songs (in the order they’re heard):

Thank you Ron and Michelle Humphress.  You guys rock! 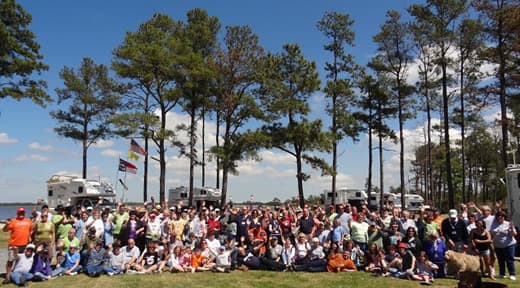 Above: The group photo by the pier at Tall Pines Harbor Campground.  Look at all those truck campers!

Above: The Rodeo on Saturday had lots of fun rodeo games for kids and adults. 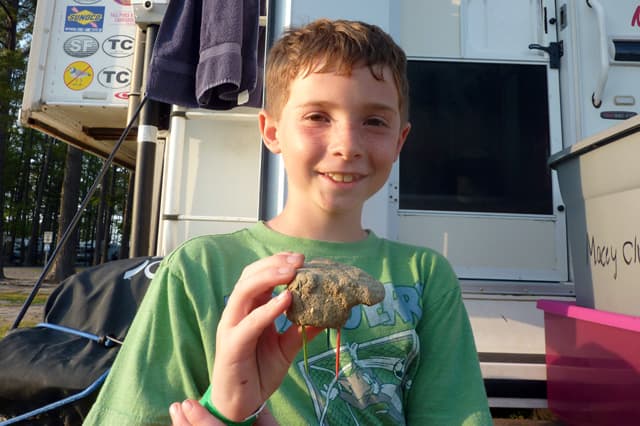 Above: Jarrett Humphress designed his own truck camper out of clay from the beach.

Above: Sunday morning line-up of campers getting ready to leave.