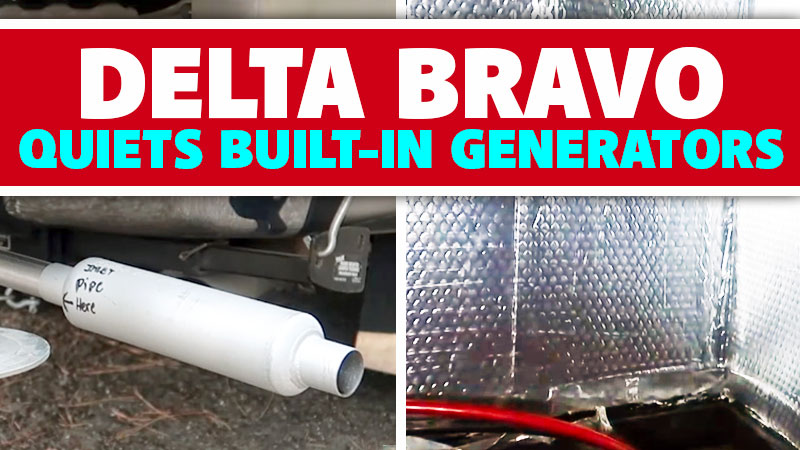 We have used a good number of truck campers with built-in generators and always admired the convenience of having 110-power at the flick of a switch.

We have also loathed the mind-numbingly loud noise from these rumbling beasts. I distinctly remember feeling like I was living in an echo chamber with a lawn mower after firing up the Generac in our first truck camper.

Arctic Fox truck camper owner, Delta Bravo, is apparently obsessed with solving this problem. First, he installed a Cummins Onan QG2500i inverter generator. As an inverter generator, the noise level is similar to a Honda eu2200i. We showcased Delta Bravo’s installation video a few months back.

More recently, he installed a Onan Cummins Resonator on the generator tailpipe. The video above showcases how much quieter the inverter generator is with the resonator. Even still, it’s quite noisy. Nothing like the Generac generators of years go (what?) but still not exactly silent.

If you have a generator that is too loud for your liking, Delta Bravo has a list of ideas to consider. Nice work, Delta Bravo.