Take in this mind-bending beach truck camping video, name those campers, and then tell the knucklehead who commented on YouTube that this is anything but boring. Put your fun hat on now! 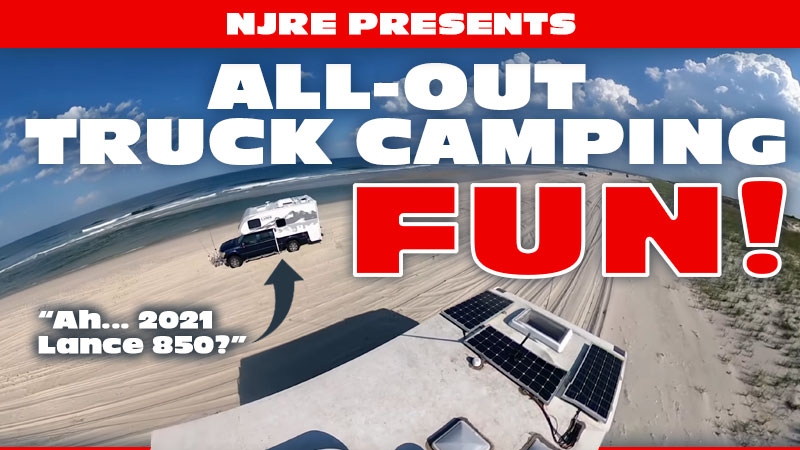 Why? Because (and I can’t believe I need to write this…) truck campers are for fun! You know, going out and having a good time? Fishing and photography. Traveling and kicking back with friends. Go anywhere. Camp anywhere. Tow anything. For fun!

This is what I found myself saying to the complete knucklehead who posted the comment, “boring” after watching NJRE’s FUN (capitals intended) truck camping video going down the beach. This is free and fun truck camping content made by a fellow truck camper for the love of truck camping!

Mind you, NJRE was not attempting to make the Citizen Kane of truck camping beach videos. This was clearly shot for pure entertainment, to demonstrate the capabilities of his new GoPro MX 360 camera, and to showcase some of the awesome truck campers on the beach. Taken for what it is, this is five-star fun watching for truck campers.

So here’s what we’re going to do. First, have some fun watching NJRE’s insane truck camping on the beach video. You won’t be able to resist calling out the campers and (if you’re really good) the year, make and models of each. The music is bopping. The 360-camera is trippy. And the beach looks gorgeous.

Well done, NJRE. We loved it!